The 27-year-old made an epic return to the snowboard world cup tour claiming a bronze medal in her very first event back, before going on to claim a gold, silver and two more bronze medals.

I'm happy with how the season went. I'd be lying id i said I was 100% satisfied with the season (regardless of coming back from injury) but that is because I know I can do better and I haven't reached my full potential. That is how I push myself. There's so much for me to learn, so much room for improvement and I'm so excited for that. I'm so excited to work hard this off-season (it's an obsession) and I hope the other girls work hard too because that'll push me and the sport. Thankyou to the @owi_aus , my coaches, wax techs, trainer and physios ❤ Thankyou to my family, friends and partner ❤ Thankyou to my sponsors and supporters for believing in me ❤ It all means so much! 😊 Train hard girls, I'm looking forward to some great racing on the next World Cup series 💪🏼💪🏼💪🏼😊😊😊 PIC | @hockster111 - The top 3 women on the world rankings.

In the lead up to, PyeongChang 2018, Belle suffered two ACL ruptures, forcing her to take two years away from snowboarding to recover and rehabilitate, however, this did not stop her from competing and she finished 11th at the Games.

She elected not to have surgery and effectively, competed without an intact ACL.

When asked what it was like competing without an ACL, the 27-year-old stated that she simply had to work with what she had.

“I was in a lot of pain because there was still bone bruising, so every time I moved it was really painful,” Brockhoff said.

“I just wanted to get the job done, I wanted to push what I could do physically and mentally and just see how far I could go”. 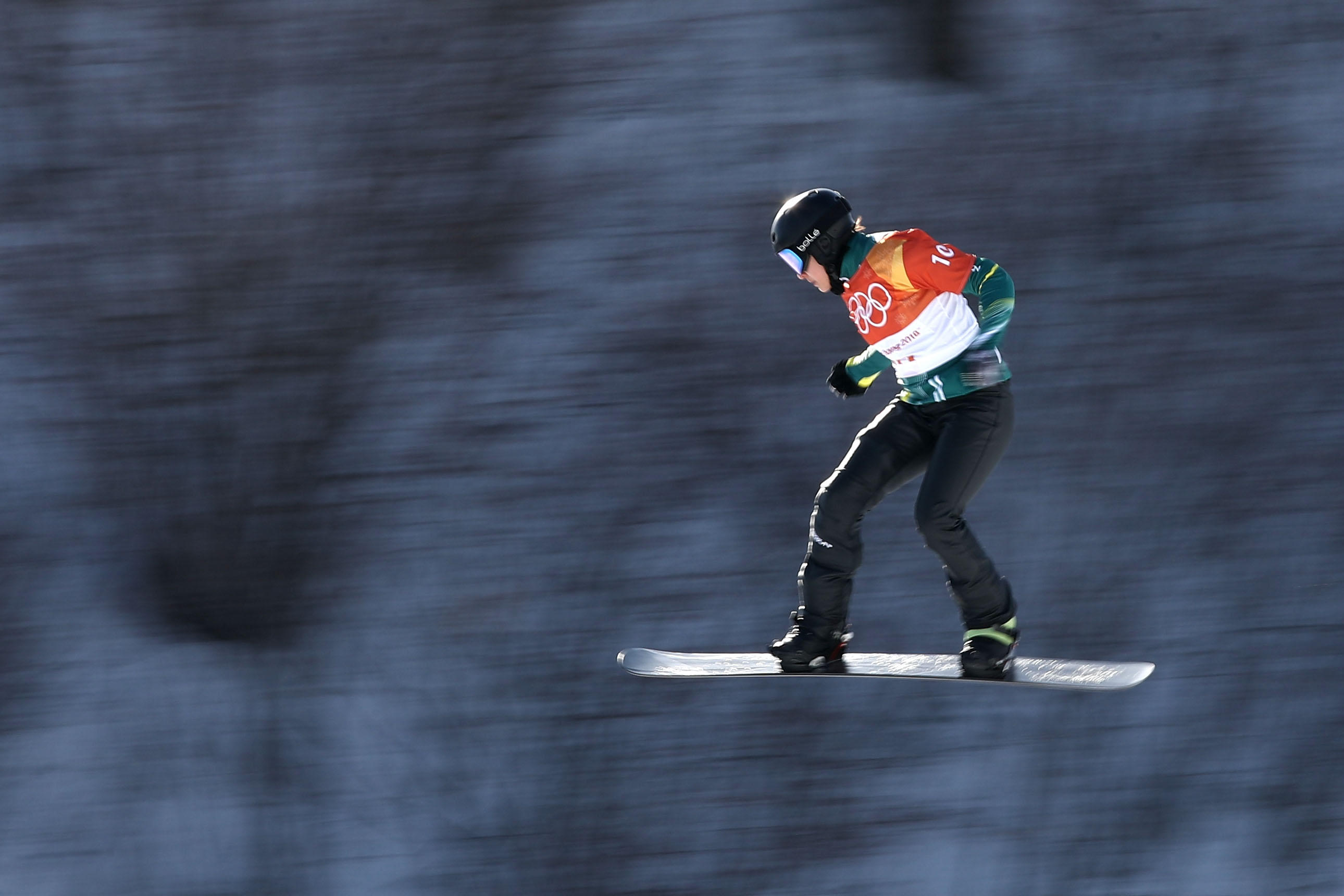 Shortly after the Games, Brockhoff underwent knee reconstructive surgery for her ACL, forcing her to take a step back from competitive snowboarding. While many athletes would consider two years away from their chosen sport a significant setback, Belle saw her time off as an opportunity for growth.

“I’ve had two ACL injuries, but I would not consider them a setback. Maybe in terms of not being able to compete, but in terms of athlete growth they have not been a setback at all,” she reflected.

Brockhoff’s ability to focus on the big picture and her ‘going for gold’ mentality certainly assisted her when she finally returned to the snow in December 2019. Leading into her first competition in two years, she was confident in her ability and was prepared for the season ahead.

“It was a gut feeling, it was a good feeling, and I just wanted to win, I didn’t want to take it easy”.

That gut feeling certainly proved itself over the course of the season, with the 27-year-old claiming five podium finishes from six starts. The season highlight for Brockhoff, however, was her comeback win, which she achieved in Big White, Canada.

“I was coming last at the start of the race, but I just stayed patient and stayed in the moment, and I was able to make the moves I needed to get ahead of the other riders,”

This is for all athletes coming back from injury!!! Thankyou to my team, sponsors and everyone who believed in me ❤ Brought home the bacon today! 💪🏼💪🏼💪🏼

To top it off, Belle was also recently awarded the prestigious Outstanding Achievement Award at the 2020 Snow Australia Awards for her awe-inspiring comeback season. The Victorian said she felt enormous pride to be announced as the award recipient.

After the final World Cup of the season, Belle returned home to Australia just as the COVID-19 restrictions were starting to be put in place. Fortunately, this period is usually spent mostly in the gym for many winter athletes, so the restrictions have so far not affected them as heavily as others.

“I just can’t go to the gym at the moment because the VIS has closed,”

“I always go to the VIS and have an extra half an hour planned in my session, because I know I will be talking to different people in between exercises,” she joked.

“But we just have to work with what we have and do it the best we can, rather than moping around and not getting anything done. You just have to adapt with what is happening and what is presented to you”.

Like many athletes, Belle has adapted to the gym closures by creating her own small gym in her home garage. In addition to this, she has organised social distance runs with friends in order to maintain a social touchpoint.

“I am really lucky to have a strength and conditioning coach who has tailored my gym program with what I have at home, and I am lucky enough to know some people in the fitness industry who have helped me get equipment,” she said.

“I tee up social distance runs as well on side, so they’ll either be in front of me or behind me, and we choose a loop to do and it has been really good to be able to get out in the fresh air with a friend”.

With the Australian ski season coming up, Belle is hopeful that she will be able to get back on snow with restrictions starting to relax nation-wide. However, if the season does not go ahead the Dual Olympian is prepared to make the most of what she does have access to.

Start gate routine🤘🏻 Just arrived in Montafon (Austria) for the first world cup of the season! Feeling good and fired up 🔥 For those who want to watch/support, I'll post details before it kicks off 😊💕 Shot | @zechy13

“If the Australian season does not go ahead, we just miss out on on-snow training, which will suck. But my coaches and team are quite creative in terms of what they can do with an on-snow training replacement, so I am not worried”.

“We are very fortunate to have support from resorts like Mt. Hotham and Mt. Buller here in Victoria, they have amazing training facilities with gyms, tramps and slope access,” she continued.

“So, if we can do something at the mountain resorts here, that will be awesome, even if it does involve a lot of hiking rather than catching the lift. But if that doesn’t happen, we will just keep training in the gym at home!”

As for some advice for younger athletes trying to maintain their motivation during COVID-19, Belle believes they should use this time to build their mental strength, to learn to be accountable for their own training and to use the extra time at home as an opportunity to recover better.

All kinds of core in each training session, here’s some from last night! 🎥 @hollyheronn Music: All I Love Musician: Philip E Morris

“At home you may not train as hard as you usually would, because you don’t have the people around you that make you accountable. So, it is up to you to be responsible, and accountable of yourself and to push yourself to hit those targets,”

“You can also use this opportunity to recover better, do an extra recovery session, have some extra sleep and learn something on the side to keep your mind ticking over,”

“Most of all, I always push for athletes that I am mentoring to train their mind, because your mind is like a muscle. You need to get better and better at being mentally strong and resilient and have that grit so that when it comes to game day, you are ready. Take this an opportunity to really become strong”.

Looking forward, Belle has her sights set on winning a gold medal at next year's World Championships. From there, she intends on starting her third Olympic campaign in the lead up to the Beijing 2022 Winter Olympic Games. 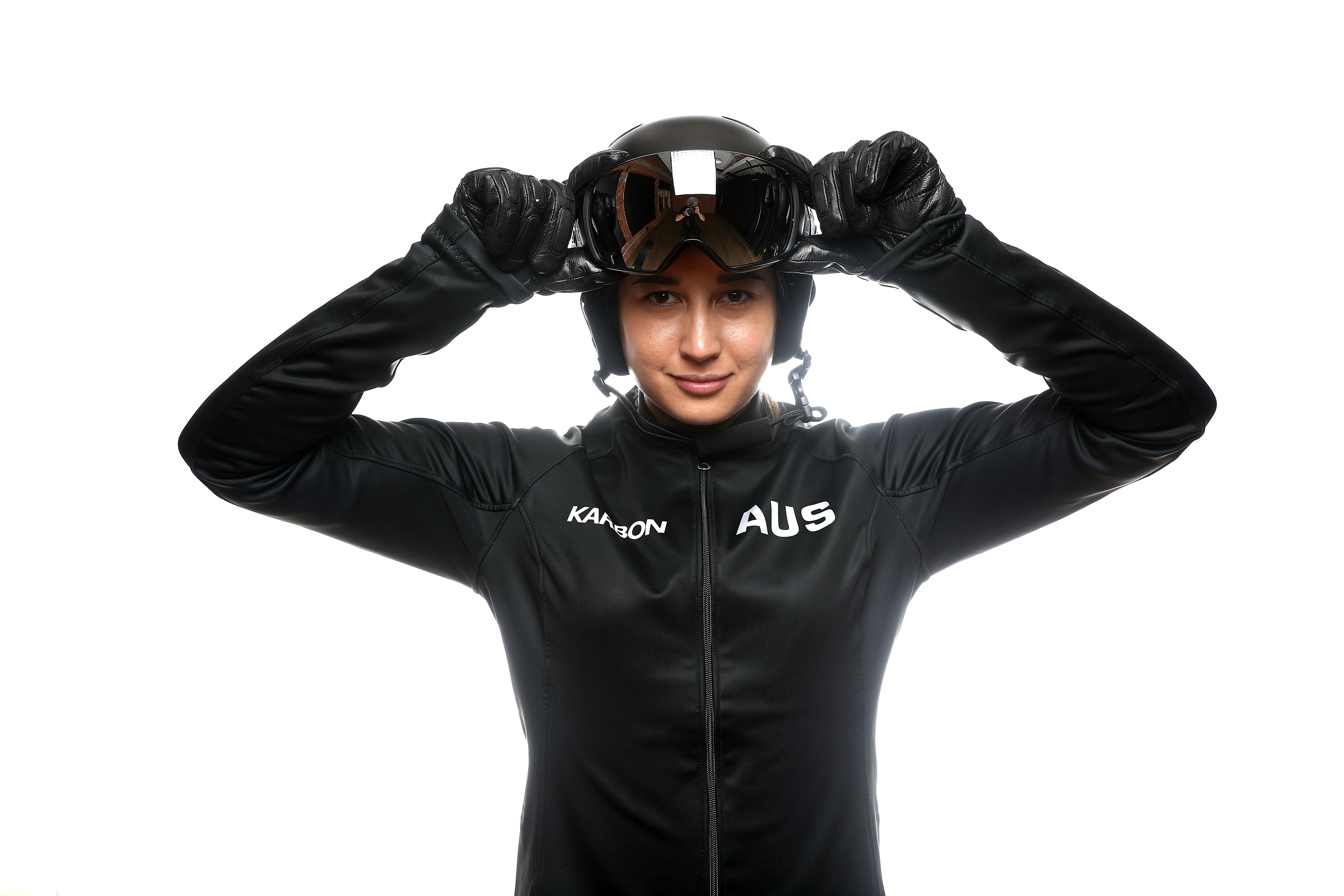 “I have never been shy of saying that I am going for gold. I have always been competitive; I have always wanted to know how far I can push. I will do everything I can, that I can control, so that I am in the best position to win a gold medal,”

Belle’s unwavering determination and competitive mentality has certainly helped build her into the athlete she is today and the incredible force of nature she has become in her sport.