Australian Chef de Mission and Vancouver 2010 Winter Olympian, Ramone Cooper will lead our largest ever Team for a Winter YOG.

"I'm proud to announce the 33 athletes to represent Australia at the END_OF_DOCUMENT_TOKEN_TO_BE_REPLACED ," Cooper said.

"To be chosen to represent your nation in any competition is a proud achievement and to compete in the green and gold with the Olympic rings on your uniform is a special experience. I congratulate not just the athletes but coaches, support staff, National Federations, families and support for this outstanding achievement.

"My goal for this Team is to encourage an environment that supports athletes to have their best performance on the right day, and most importantly to have an experience that leads to growth and development as elite athletes and positive ambassadors within their communities.

"The YOG is the ultimate international multi-sport event for emerging elite athletes, and I am looking forward to seeing the Team come together in Lausanne."

The third edition of the Winter YOG will feature a two-wave competition format, an innovative concept designed to increase hosting capacities with each wave of athletes having a shorter stay in the village. The first wave of competition will take place from the 9 – 15 January, with the second wave kicking off on 16 January until the closing ceremony on the 22 January.

"The two-wave concept for Lausanne 2020 will provide us the opportunity to showcase the great work that our NFs are doing in growing the depth and improving the quality of athlete pathways, which has allowed us to send our largest ever Winter YOG Team to Lausanne," Cooper said.

"Our Team of 33 athletes is almost double that of the 17 athletes who competed at Lillehammer in 2016. This reflects the growth of winter sport in Australia and the elite level of our junior athletes, competing against the best in the world in their age group."

"I'm incredibly honoured to be selected for the Youth Olympics, it was a goal I set two years ago, and it feels fantastic," 16-year-old Rennie said.

"Skiing, travelling, Australia and cheese are my favourite things in the world. To be chosen to represent my home country, with an excellent team of Freeskiers, and travel to the land of cheese and chocolate feels pretty impressive." 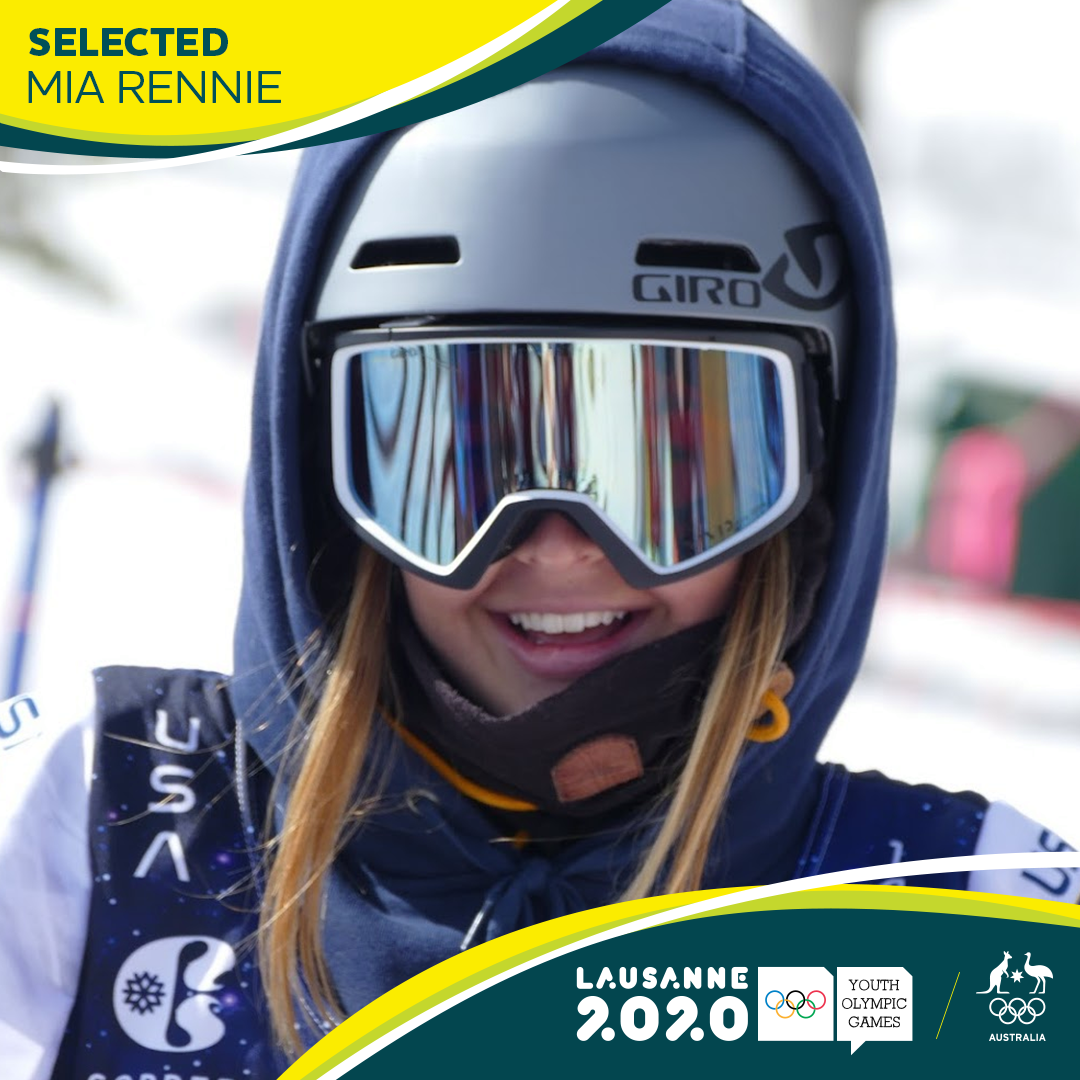 Rennie has recently overcome a broken collarbone and has had to juggle her recovery with school to make the 2020 YOG Team.

"Breaking my collarbone came at the right time, at the end of the Aussie season, which gave me a chance to get some extra time in the gym, finish Year 10 at school and spend some more time surfing."

The Team of 33 Youth Olympians, who will be competing across eight different disciplines, are already taking inspiration from our current Australian Winter Olympians, like Snowboard World Champion Scotty James.

"Scotty James is superhuman. I've watched Scotty at the US Open, the World Champs and every time he looks so focused, so ready - I love that," Rennie said.

"I'm inspired by any athlete who takes the time to turn up, it's a lot of work behind the scenes so every time I compete, I take no-one for granted."

Amber Essex, Josie Baff and Finn Sadler have been selected in the Snowboard Cross, joining Kyra Wheatley, Benjamin Wynn and Jasper Cobcroft in the Ski Cross. Alpine skier, Zoe Michael is also selected to take on the Ski Cross event, following the alpine competitions in wave 1.