The event was hosted by the Tokyo 2020 Organising Committee to serve as a rehearsal for the Games to test the organisational and operational readiness of the venue, logistics and facilities.

Seven time Olympian Andrew Hoy competed at the event representing Australia riding Bloom Des Hauts Crets. ‘Bloom', who is owned by Odaria Finemore, was one of the youngest horses participating in the event at only 8 years of age.

Seventeen combinations, representing four countries took part offering a highly stacked field where the athletes from Japan, Germany, Australia and Great Britain have between them amassed an incredible tally of 74 medals at Olympic, World and continental Games and Championships.

During the first day of competition, the dressage phase, Hoy and ‘Bloom' executed a beautiful dressage test in the main arena at the Baji Koen Equestrian Park which saw them sitting in second position on a score of 27.70.

"The dressage was her best, and my best ride, for the time that we were in quarantine and the preparation and it's always good when you have a horse that always rises to the occasion, and she really rose to the occasion in the arena" said Hoy of the performance.

The horses were relocated following the dressage in preparation for day two of the competition to the Sea Forest Cross Country venue.

The temperature reached 33 degrees with 73% humidity during Hoy's round but with the fantastic cooling systems provided by the organising committee the pair finished the phase with impressive stamina and quick recovery of both horse and rider.

"I was really happy with Bloom, when I left the start she galloped really nicely. The ground is absolutely fantastic. I had to pull her up at the end because she wanted to just keep galloping. I think she coped with it all very, very well and to go straight into the cooling area - that is absolutely excellent" Hoy said following the phase. 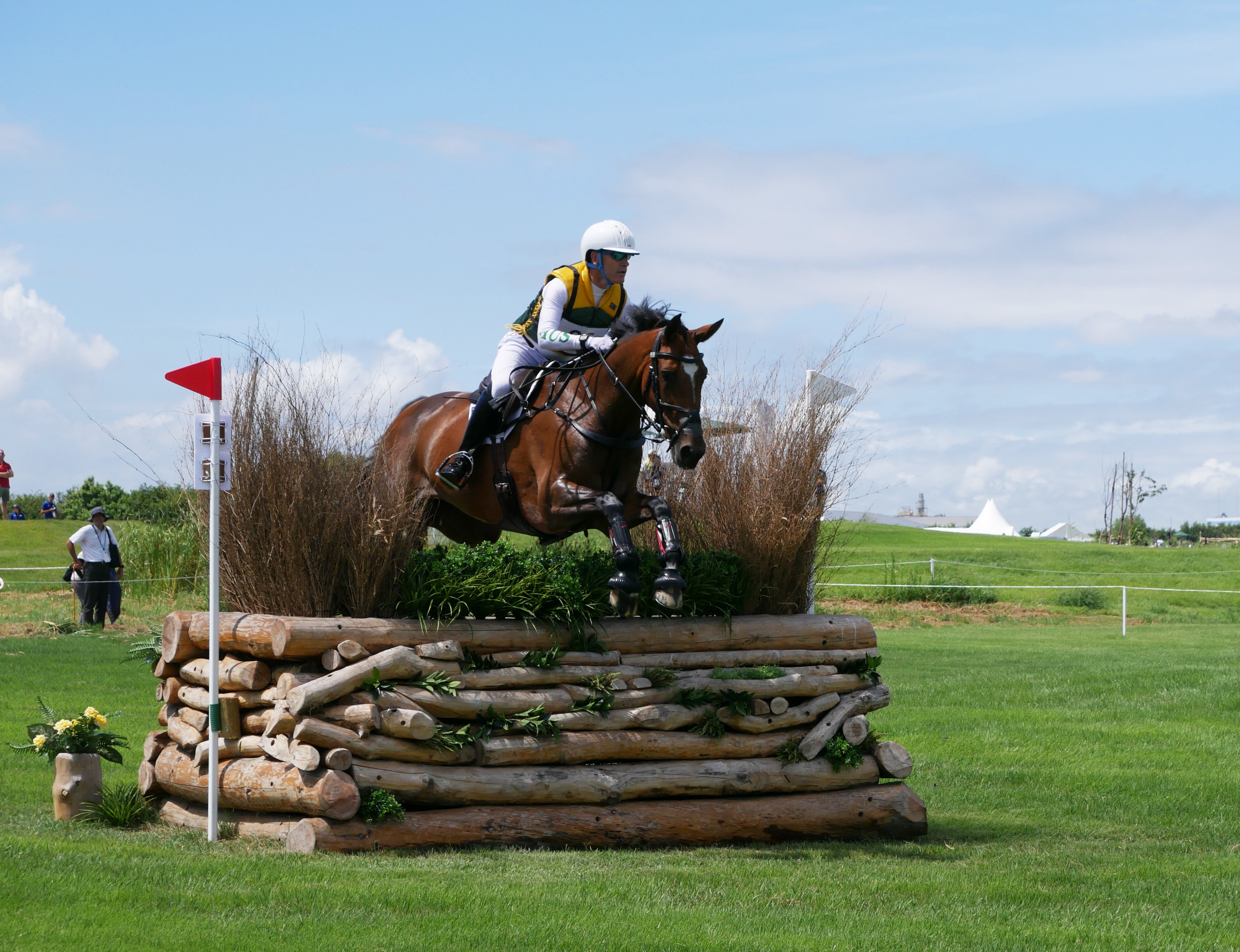 The final day of competition saw all seventeen combinations start the showjumping phase of the competition back at the Baji Koen Equestrian Park over the Santiago Varela (ESP) designed course.

As the overnight leaders Hoy and Bloom were the final combination to take to the arena. The pressure was on with less than half a penalty separating first and second position, which was occupied by Germany's Michael Jung riding Fischerwild Wave.

Both Andrew and Bloom looked in peak form but with one rail, which added 4 penalties to their final score, they finished the event in 5th position.

"The course was very good, just one minor mistake from Bloom. I just jumped in with her out of balance a little and it was just difficult for her because she is young and is still growing and developing, but I think that the surface is very good and the quality of the fences is very good, and so this is just the development of any horse. She is definitely a horse for the future" Hoy explained.

Not only was Australia one of four nations to have riders represented in the ‘Ready Steady Tokyo' Test Event the High Performance team also took part in the observation program run by the Tokyo 2020 Olympic Committee.

The Equestrian Australia High Performance department have provided both riders and support staff the invaluable opportunity to experience and learn from the Test Event in an effort to ensure our athletes are best placed to achieve podium success at the Tokyo 2020 Olympic and Paralympic Games.

Equestrian Australia High Performance Director, Chris Webb, said "The Test Event provided us with valuable insight into the logistical and operational workings of the Games offering us the chance to learn and grow in our preparations. The facilities and the organisation that we witnessed during the Test Event were exemplary and we feel we are in a strong position moving towards the Games."