Jacqueline Kendall-Baker (‘Jackie’ nee Mason) was one half of a pair of figure skaters who made history for Australian winter sport, when she and partner Mervyn Bower became the first Australian pairs team to compete at an Olympic Games and a World Championships.

The duo burst onto the scene in 1950 and won an incredible 12 Australian National titles during their partnership and in 1952, became the first Australian pairs team to compete at a World Championships.

In 1956, Kendall-Baker and Bower set sail from Australia to Italy, to make their Olympic debut in Cortina d’Ampezzo, Italy, but their Olympic dreams were shattered within minutes.

In less than five minutes of being on the ice, Bower, who passed away in 2013, crashed into the wooden rim of the ice rink during a back glide and fractured his ankle, forcing the team to withdraw.

Four years of preparation came to a devastating end, but the pair didn’t lose hope and set their sights on the next Olympic Games, Squaw Valley 1960.

They made a triumphant return and earned their rightful place in Olympic history by becoming the first Australian pairs skaters to compete at the Games, where they finished 12th, right behind future two-time Olympic gold medalists Ludmila and Oleg Protopopov. 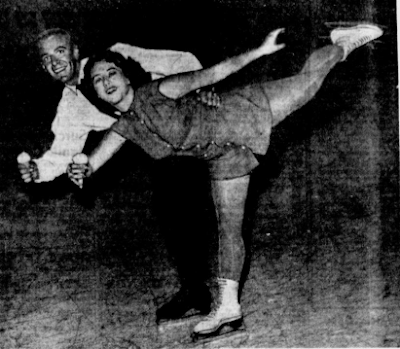 While competing, Kendall-Baker was also training as a judge whose international judging career went on to include the Lake Placid 1980 Olympic Games along with the 1979 World Figure Skating Championships in Vienna.

Jackie was honoured as an ISU Hall of Fame inaugural inductee and a life member of the NSW Skating Association.

She often spoke of the unique challenges of being an Australian skater competing internationally in the fifties and sixties and lamented that the long sea voyages from Australia to Europe were the greatest setbacks, owing to lost training time.

The journey would take weeks by train and sea, with Jackie commenting, “you can’t skate on a ship.”
Chairman of the Olympic Winter Institute of Australia, Geoffrey Henke AO said Jackie Kendall-Baker was an Australian pioneer for winter sport and would leave a lasting legacy.

“Jackie was one of the pioneers of Australian figure skating alongside her pairs partner, Mervyn Bower who were Australia’s first pairs skaters at an Olympic Games.

“She made history as a competitor and continued making a great contribution to winter sport as an international judge, leaving a lasting legacy.”

She was happily married for many years to husband John and is survived by two of her three children and nine grandchildren.

At the time of her passing, Jackie Kendall-Baker was 84 years of age.