Australia's first-time participation at the Winter Olympics in Curling, monobob and free ski big air is just the beginning of a competitive future on the world stage in each of these disciplines.

Once at the Games, they beat the PyeongChang 2018 defending champions Canada and silver medallists Switzerland.

With END_OF_DOCUMENT_TOKEN_TO_BE_REPLACED finishing fifth in the monobob at Beijing 2022, she followed through on her strong World Cup series form. In doing so Bree set an Australian Olympic Record for our best-ever finish in any bobsleigh event.

END_OF_DOCUMENT_TOKEN_TO_BE_REPLACED showed great talent to become Australia's first free ski big air Olympian as a 19-year-old, however a stress fracture to her fibula meant she was severely limited in Beijing. Regardless, Abi's determination was on full display as she took to the slopestyle competition carrying the injury.

What these athletes have achieved, and how they can start mapping out their journey to Milano-Cortina 2026, has in part been set up by an Olympic effort from their corresponding Australian sport organisations.

In 2019 the Australian Curling Federation (ACF) headhunted arguably the best player in the world at the time, Canada's John Morris, to coach Tahli and Dean. For ACF President Kim Forge it was the type of coup you could only dream of for an organisation keen to get their curlers over the hump to qualify for the Olympics.

"If you want somebody that has your back and is your mentor, it is John Morris," Forge said.

"The goal was to get them (Tahli and Dean) to the Olympics and he was instrumental with that. He is really a strength behind our players."

Tahli and Dean, who have been in the ACF since 2011, trained and competed in Canada for most of the 12 months prior to Beijing 2022. 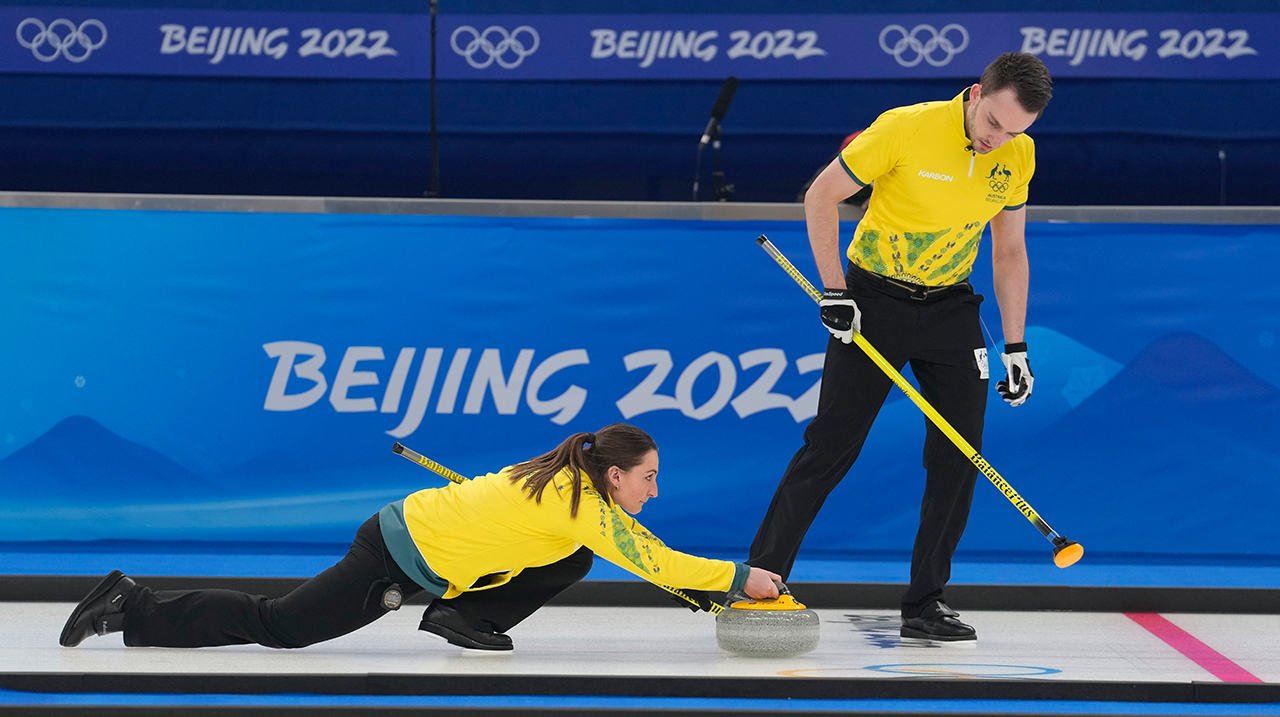 The first defining moment at the elite level came for Tahli and Dean at the 2019 World Championships, right before the pandemic wreaked havoc with staging international competitions.

"Dean and Tahli have had sustained results over time, but their fourth-place finish at a World Championship in 2019 was absolutely huge.

"They actually peaked an Olympic quad earlier than I thought it would take them because they are very young. But they're dedicated elite athletes that put everything into the sport."

Laurie Weeden, the ACF Vice President, could not understate how this year's success has come into fruition from the impact the Gill and Hewitt families have had on Australian curling over the decades. Dean's father Steve was part of the Australian Team in the curling demonstration at Albertville 1992, while Tahli's mum and sisters have represented Australia in Curling.

"Their success (Tahli and Dean's) can be directly attributed to their families and the training and the investment emotionally," Weeden said.

"They wouldn't be here without that."

The pair's Beijing 2022 performance has done wonders for Curling in Australia.

"They've put us on the map, nationally," Forge said.

"We couldn't ask for sponsorship and funding and trying to get a dedicated rink [in Australia] without people being involved in the Olympics. Laurie and I have had different call outs and requests for sponsorship opportunities, which is huge.

"The potential of a centre of excellence in Canberra with a new winter facility is in the works.

"We've had huge growth with come and try events and beginner leagues in Queensland, Melbourne and Perth. Currently we have four states within our federation – three more [states] have reached out to us. It's fantastic. I've done quite a bit of interviews in Darwin as well, so we're hitting all ends of the nation right now.

"Getting the unbelievable support from the AOC and Channel 7, it makes our job a lot easier."

Weeden admits their prediction about Australia's interest in Curling from the Olympics has been comfortably surpassed.

"We're finding that the interest level is four times what it was [from four years ago]," Weeden said.

"I think obviously the media has supported that. Every bit of our socials have taken off and are exceeding what we had expected."

Keen to capitalise on the curling movement – Tahli, Dean and the ACF are thinking big for what the potential is in the next four years.

"The number one priority is to maintain this great strength that we have and build the momentum," Forge said.

"They're not intimidated. They're equals."

Another athlete showing no signs of being intimidated is Bree Walker.

Competing at Beijing 2022 by the phrase ‘never count out an Aussie', Bree has shown years of relentlessness both in and outside of competition. 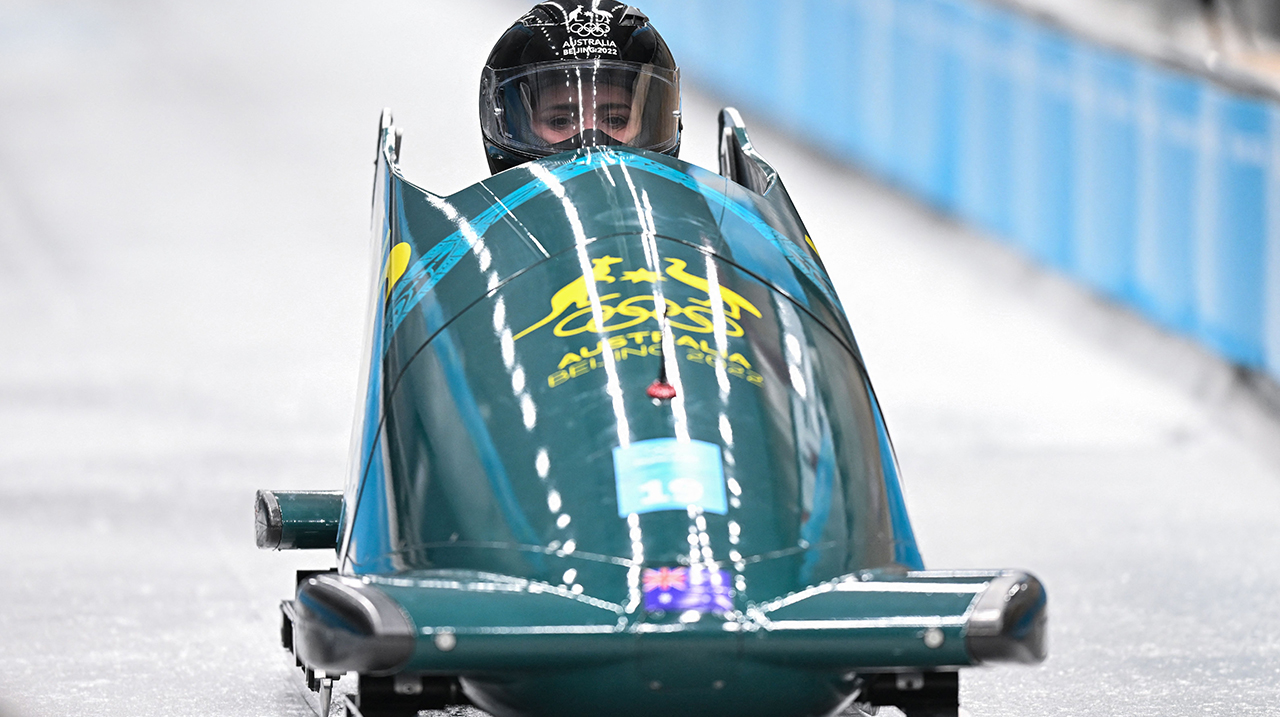 The biggest addition to her team, Matthias ‘Bohmi' Bohmer, is a respected and sought-after coach from bobsleigh powerhouse Germany.

"We went on this really long walk, and afterwards I was just a pest – I wouldn't stop messaging him," Bree said.

"I really enjoyed piecing the puzzle together and we've created a very high-level team on a low-level budget.

Anthony Deane, President of Bobsleigh and Skeleton Australia (BSA), has marvelled at her progress in the sport since she started in Bobsleigh during 2016.

"Bree, being a great sprinter and power athlete herself, she picked the sport up quite well," Anthony said.

"She already had driving talents being in two-woman bobsled prior to monobob starting. Bree's been very good at networking and building up connections to get her own coaches.

Bree was ready to go for the inaugural monobob international tour in 2018-19 and has been honing her craft ever since. In the past two seasons she has well and truly established herself by claiming eight world series podium finishes.

On the 2021-22 World Cup tour Bree has achieved five medals (1x gold, 3x silver and 1x bronze) out of just seven monobob races. The ways BSA has been able to support her have come in varying forms.

"We've purchased two monobobs for our women athletes. So that means they don't have to fork out the $50,000 to purchase the sleds themselves.

Bree's brilliant showing in Beijing has led to a booming interest in Bobsleigh back home. A total of 4.5 million people had seen the Australian Olympic Team's sliding sports social media content during the Games. 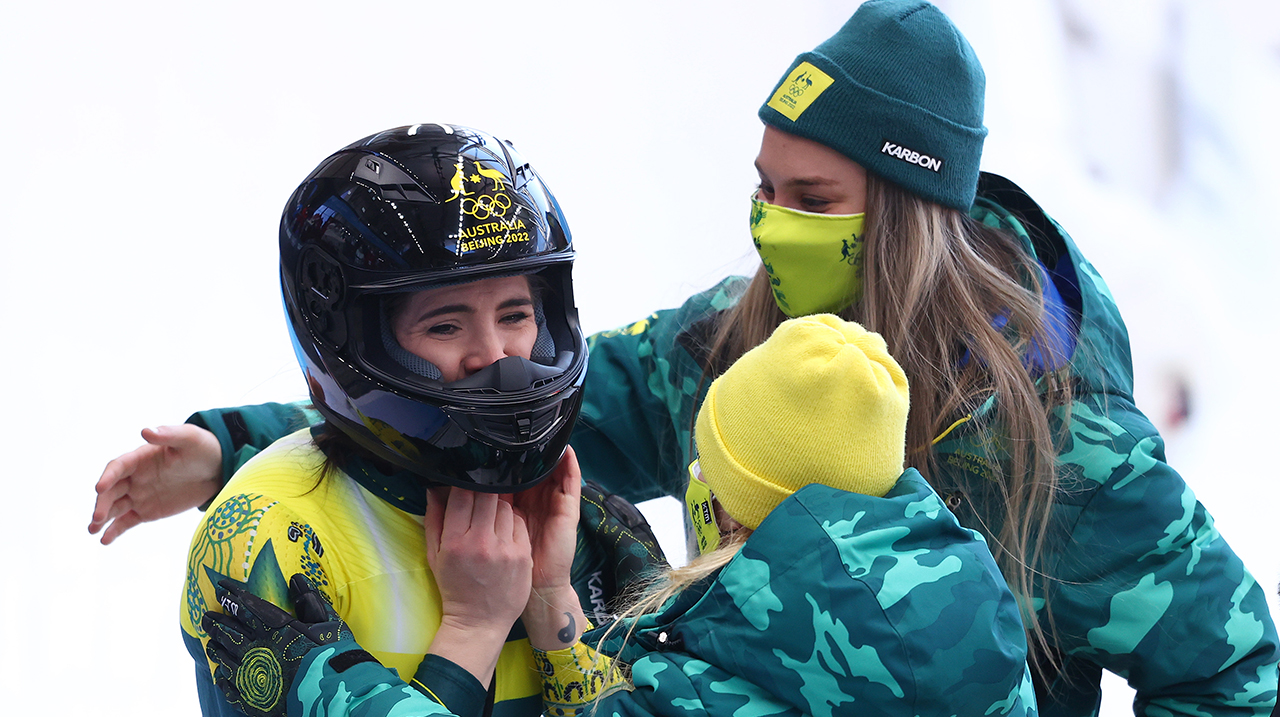 "When you go into the data on our social channels, there's been an absolute influx of traffic.

"We can see the support she's drummed up with her results. She was always a great opportunity to medal, but for those Australians who weren't aware of it… I think it's certainly been an eye opener.

"We've had over 70 submissions of athlete resumes throughout the two weeks of the Olympic Games. I think that is put down to the interest Jackie (Narracott) and Bree have drummed up for the sports through the Games."

This rapid development with the athletes and public interest has allowed for big goal setting with Milano-Cortina 2026 in mind.

"Bree has all the talent to be on the podium in four years' time (at Milano-Cortina 2026). If people like Kaillie Humphries and Elana Meyers Taylor move on into retirement, that certainly opens up some opportunities for Bree.

"We're doing a big recruitment push. It means our membership and ability to support elite athletes will increase."

"We're running some recruitment camps down at the Australian Institute of Sport in Canberra. We've also been running them in the past at different state institutes, which we will likely do again this year – probably around April.

WHAT ARE THE KEY ATTRIBUTES

HOW CAN I HAVE A GO?

WHICH SPORTS PROVDE A GOOD PATHWAY?

With such a heavy focus on speed, power and strength, traditionally those with an athletics background make a successfull transition. Take Bree Walker (400m hurdles) and Kiara Reddingius (Heptathlon) for example.

Ready to Have A Go at Bobsleigh?

It's not a disadvantage to enter the sport of Bobsleigh as an adult, as athletes have proven over time.

"We often see athletes starting their Bobsleigh journey around 24 years of age, while athletes as young as 13 are allowed to compete in youth events around the world including the Winter Youth Olympic Games.

"The most successful athletes commonly come from power and speed sports such as Rugby and Beach Sprinting. Hurdles is a great background to have."

Participating in those sports can be part of the training program for bobsleigh athletes during an Australian summer.

For Abi Harrigan in free ski big air, there are endless possibilities for what she can do in her career.

Having already made 11 World Cup starts, competed in the Winter Youth Olympics and at Beijing 2022 before turning 20 - she's got time on her side to climb the world rankings and to hold aspirations for Milano-Cortina 2026.

Tahli, Dean, Bree and Abi have motivated the nation to help Australia become perennial contenders in these sport disciplines.

CAN YOU SKI IN AUSTRALIA?

Yes! There are 10 Ski Resorts in Australia that are easy to access.

HOW MUCH DOES IT COST?

Skiing is very affordable to #HaveAGo. You can rent all the equipment you need which is a low-cost way to try snowsports.

WHAT KIT DO I NEED?

All you need to get going is skis, poles, ski boots, a helmet, snow jacket, gloves and pants. All these items can be rented from ski shops to help get you started without having to buy everything for your first time.

Ready to Have A Go at Freestyle Skiing?