The Australian women's water polo team has suffered their first loss of the Olympic Games, going down to Spain 9-15 in the third game of the preliminary rounds.

While it was a blow to the Aussie Stingers who went down fighting, they will remain in the hunt to secure a quarter final start as they prepare to take on South Africa in their final prelim game.

The first half saw the Aussies take it to the Spanish, coming out strong and matching it goal for goal. At the end of the first, scores were locked three all, and half-time they trailed by just one goal 6-7. But Spain dominated the second half, out-scoring the Aussies 8-3. 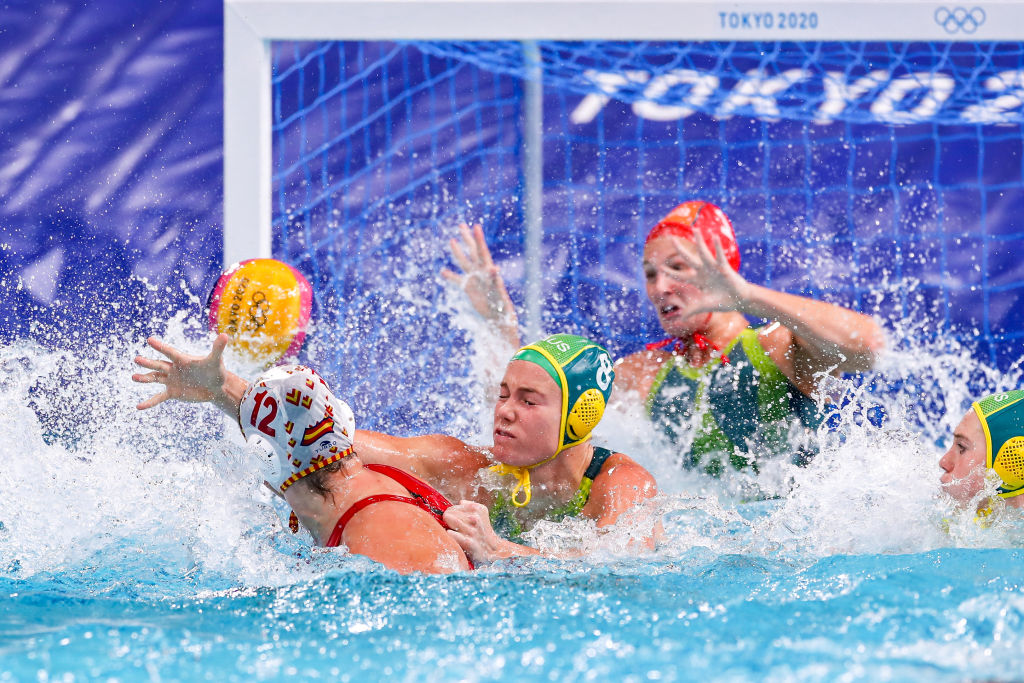 Captain Rowie Webster said the team was naturally disappointed with the loss and will need to look to deliver better as they eye off a quarter finals berth.

"You never take a loss lightly, there's a lot to learn from that game. Those ones hurt though.

"They're a phenomenal side, so let's not take away anything from the Spanish team's win. They deserved that, they played better on the night.

"But there's a huge amount of improvement for team Australia and there's a real positive in that I think.

"We won't dwell on this loss, we'll go back and review it, and then we're going to come out and bring our best game for South Africa," said Webster.

Australia will take on South Africa on Sunday 1 August at 8:50pm AEST in the final round of the preliminary rounds.

WHAT IS WATER POLO?

Water Polo is Australia's most popular aquatic team sport, that is designed for participants of all backgrounds and abilities.  Two teams face off across four quarters, with the aim of throwing the ball into your opponent's goal. Each team has seven players, including a goalkeeper, and all play without their feet ever touching the bottom!

WHAT DO I NEED?

Just your swimmers and a towel! When you jump in the water you will be given a cap and a ball to play with your team!

Everyone 5 to 95+ years – water polo is a great sport for all ages, shapes, sizes and abilities focusing on water safety, team spirit and ball handling.

Ready to Have A Go at Water Polo?