Australia's curling team in the mixed doubles has been given a late reprieve and will compete this afternoon following an urgent meeting of the Medical Expert Panel (MEP) in Beijing.

The Australian Olympic Committee (AOC) has just received an email from the Chinese Public Health System advising that the pair can continue under the Close Contact provisions.

The MEP examined Tahli Gill's CT values following PCR testing over the past 24 hours and determined that they fell into an acceptable range.

"We are thrilled for Tahli and Dean and I am delighted that our headquarters team continued pressing her case, after earlier advice that the pair could no longer compete," Mr Lipshut concluded.

The pair had been competing with Tahli being managed under the close contact protocols.

They have played seven matches, with their first Game against the USA played last Wednesday February 2nd.

Tahli had previously contracted COVID prior to the Games. However, ongoing testing alternated between negative and positive. Fortunately, after discussions with the IOC and BOCOG, she had been free to compete under the Games' close contact arrangements.

With Tahli being moved into an isolation hotel today, rather than the pair remaining in China, the AOC is exploring the option of them returning home as soon as possible. Unfortunately, they will miss their final two matches scheduled for this afternoon and tomorrow morning.

Australian Olympic Team Chef de Mission Geoff Lipshut says he would have dearly loved the pair to complete their final matches, but discussions with the IOC and health authorities into the night were unable to return her to competition.

"Tahli and Dean have made Australian Winter Olympic history and there were just two matches left on their program. It's very disappointing, but we are realistic about the rules and we have always accepted those rules.

"Other countries have faced significant impacts - our focus has always been to keep our athletes in the competition.

"We made the case that Tahli was at the end of the infection cycle but further positive results early this morning ended our hopes. Rather than remain in isolation, we now have the option of returning Tahli and Dean home.

"They have been absolutely magnificent in the face of difficulty. Four of their seven matches went right down to the wire against the very best of opposition. It was a disrupted campaign but a very brave campaign. We are very proud of them. 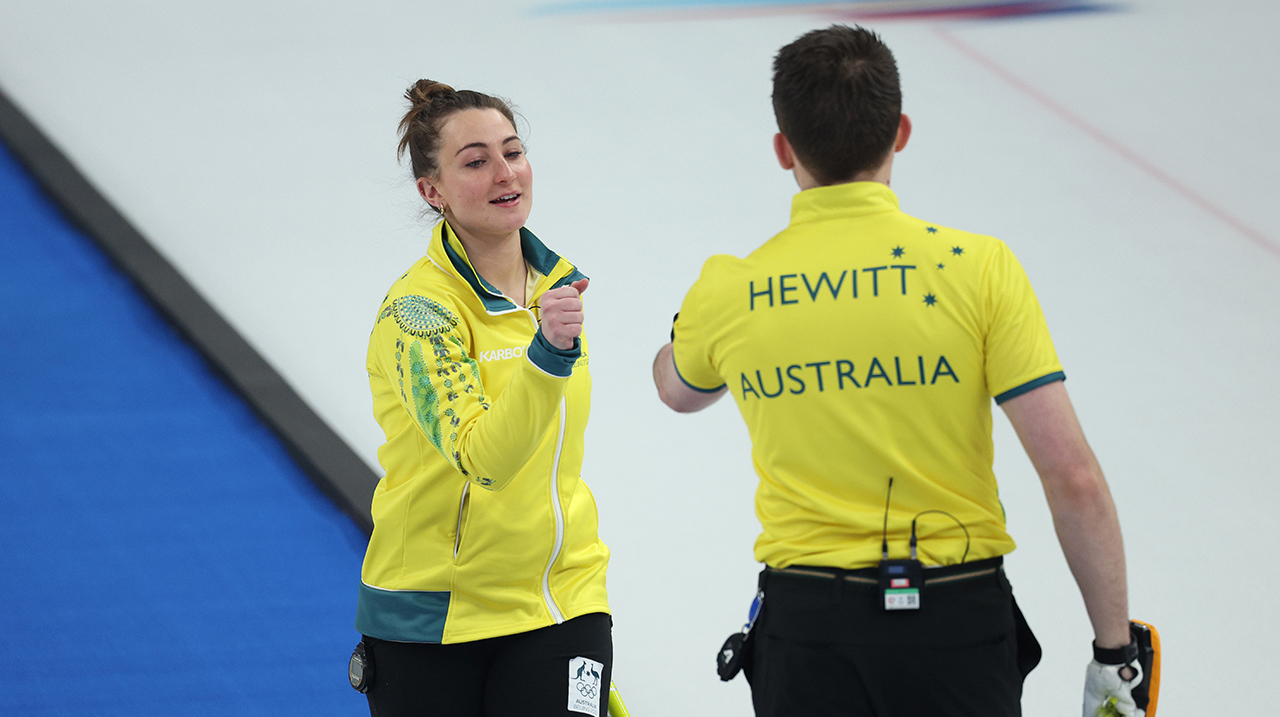 "Dean has been so supportive of Tahli – they are wonderful young people and they have achieved great things for the sport they love. Australians now have a love affair with curling thanks to their efforts. They will be back and they should be extremely proud of what they have achieved."

Mr Lipshut said on several occasions AOC staff worked through the night to keep our curlers in the competition but now the focus is on getting them home safely and quickly. With their final matches due today and tomorrow, under the Games protocols Tahli and Dean would have been required to leave China within 48 hours after the last match.

"We are now looking at the requirements for their early departure and returning them to Australia which we believe is a better option than Tahli remaining in an isolation hotel. We are making a submission through the appropriate channels to facilitate that process, transiting through Singapore and back home to Australia. We have confirmed flights for tomorrow," Mr Lipshut concluded.