ROWING: Following a historic day at the regatta, Australia's Women's and Men's Pairs have finished strong in their B-Finals, finishing 1st and 4th respectively.

The overcast morning resulted in cooler conditions in Tokyo, the breezy day creating a tail wind and giving athletes a well-deserved break from the previously hot conditions at the Sea Forest Waterway.

The Men's pair were first on the water for Australia, crew members Sam Hardy and Joshua Hicks lining up for their B-Final to determine their final overall ranking in the Tokyo 2020 Olympic Games.

Starting strong out of the blocks, the crew pair were quick to establish a solid rhythm against the international crews from France, Italy, New Zealand, Belarus and the Netherlands. Despite their best efforts and holding second at the first 500m mark, the pair were unable to catch the Netherlands who placed 1st. The Australians ended in 4th behind Belarus and France with a time of 6:30.20. 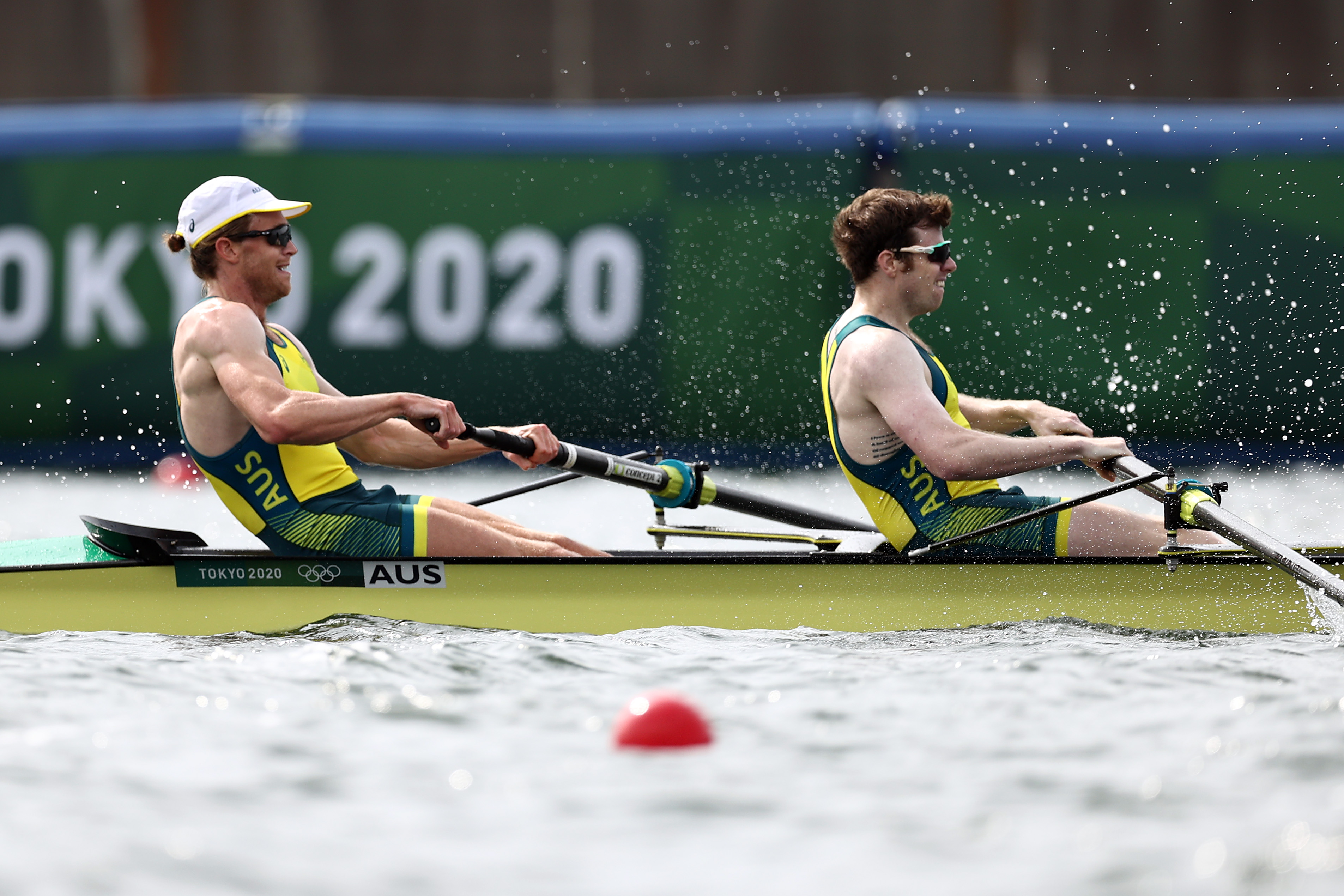 Following behind in the next race was the Women's Pair, Jessica Morrison and Annabelle McIntyre had drawn lane 3 and were facing Italy, the United States, Romania, Ireland and Denmark.

With a slightly slower start, the pair were quick to begin making up ground, 3rd at the first 500m mark and then moving up into 1st by the mid-way point. Morrison and McIntyre stayed strong and smooth through the second half of the race, staying out in front, and putting up a time of 6:56.46 to finish 1st.

As both B-Finals were the last races for both Pair crews, Hardy and Hicks finishing 10th overall, while Morrison and McIntyre finished 7th at the Olympic Games.

Rowing at the Tokyo 2020 Olympic Games will conclude tomorrow with Australia competing in the Men's and Women's Eight in the hope of adding another medal to the Rowing haul.