Belcher and Ryan poised for gold, as Nacra and Finn crews miss podium

SAILING: Five-time world champions Mat Belcher and Will Ryan are on the cusp of sailing gold, after finishing their 470 heats with a 20-point lead over the fleet.

Belcher and Ryan now only have to finish and avoid disqualification or penalty in Wednesday's medal race, to collect Australia's second sailing gold.

"We're really happy, but we'll be more happy when tomorrow's done," Ryan said. "Anything can happen in sport, and even though this is basically secured, we don't want to celebrate early."

The Rio silver medallists started their final day of competition with a 19-point buffer, which they managed to edge out to 20.

Belcher is already a gold medallist – after winning the event with Malcolm Page in 2012 – another win will secure the 38-year-old's status as Australia's most successful Olympic sailor.

The pair have been working to this moment since the Rio Games finished and the pair were among the first Australian athletes selected for the Games, along with Wearn, back in September 2019.

Mat Belcher & Will Ryan are on the cusp of greatness, taking an almost unassailable 20-point lead into tomorrow's Medal Race. If they contest the race and avoid any false start penalties they will be crowned Olympic Champions!@ausolympicteam #GoAusSailors
📸 @SailingEnergy pic.twitter.com/waocowi3NS

It was a different story in the women's 470 campaign, with West Australian sailors Nia Jerwood and Monique de Vries settling for 16th place overall, and missing out on qualifying for the medal race.

"It's disappointing and we know we could have done better," Jerwood said. "But there's no one I'd rather be out there sailing with."

Both crews have to deal with the disappointment of knowing this is the end of their partnerships, as the 470 will be a mixed gender class from the Paris Olympic Games and onwards.

Also performing a swan song, was Finn sailor Jake Lilley. The Queenslander put in a huge showing in his medal race to lead early, cross the line third and finish 7th overall. But with the retirement of the Finn class from Olympic competition he's left to ponder his future. 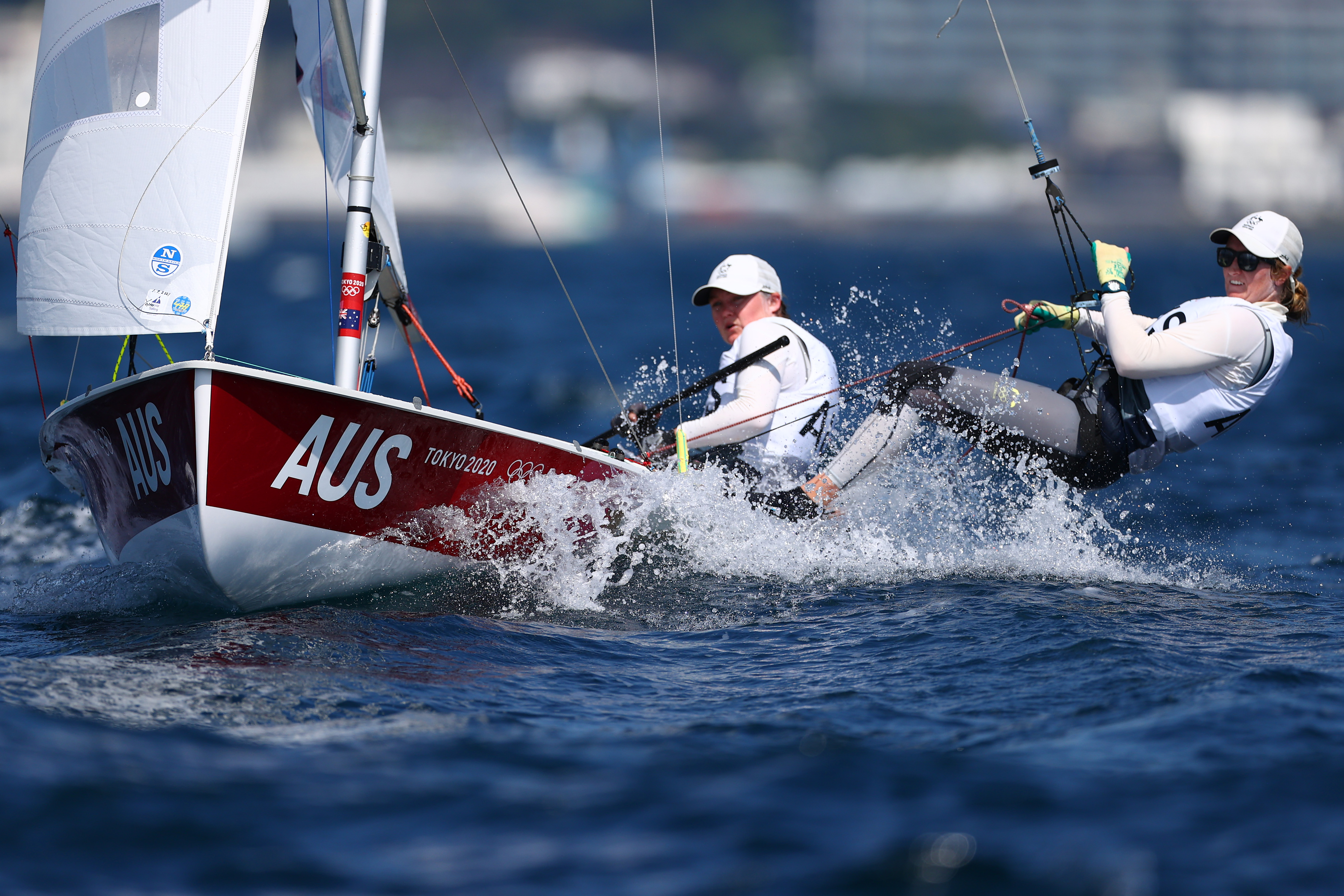 "Sad to say that's the end of the Finn at the Olympics because I love this boat and love sailing it," Lilley said. "But I want to take some time and think about my next steps. I really just want to first soak up this experience and take what I can from it."

Lilley, 28, from Brisbane improves on his eighth place from Rio 2016.

There was disappointment for Australia's Nacra 17 crew Jason Waterhouse and Lisa Darmanin. The Rio silver medallists were hoping to snag a bronze after a tough start to competition, and were holding a top three position up to halfway through the medal race. Buthe cousins from Sydney couldn't hold their position and finished the regatta in fifth place.

The medal race for Belcher and Ryan is scheduled for 3.30pm AEST Wednesday.