From being Australia’s first female Moguls Skiing World Champion, to a near career-ending crash, Britteny [Britt] Cox is forever grateful to her family and close community for carrying her through the highs and lows of elite freestyle skiing.

Growing up between Mount Beauty and Falls Creek in country Victoria, the three-time Olympian was known as the kid who was impossible to get inside after a long day of skiing and always seemed destined for greatness on the slopes.

Britt and her older brother Hamish were on skis as soon as they could walk, and the 25-year-old still hasn’t taken them off.

“I remember all I wanted to do growing up was chase my brother, Hamish, around the mountain, doing whatever he did. That was where my passion for skiing came from,” Cox said. 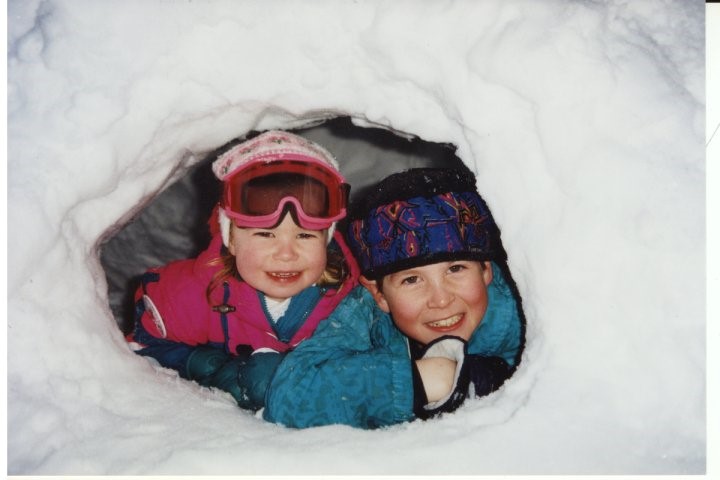 “We’d ride to school on the snowmobile together with our dog and they’d shorten recess and lunch so that we’d finish early and be able to go out in the snow.

“Hamish and I would ski until the lifts closed and after that, we’d go home and build a jump next to our house where he’d coach me into the dark,” she continued.

Her reluctance to take off the skis was something that carried into her professional career, with former NSWIS Head Coach Peter Topalovic stating that Cox is the kind of athlete he needs to coax down from the mountain after the chairlifts have closed.

“I'm still known as one of the athletes who's the first on the course and the last to leave. I just love what I do so much," she said.

"Sometimes it’s not the best choice for my body, it definitely doesn’t thank me the next day, but being that passionate about it has been a constant theme in my life.”

Cox’s love of skiing grew from a daily pastime to aspirations of Olympic greatness, when as an eight-year-old, she saw Australian dual-Olympic Winter medallist Alisa Camplin compete at Salt Lake City 2002. 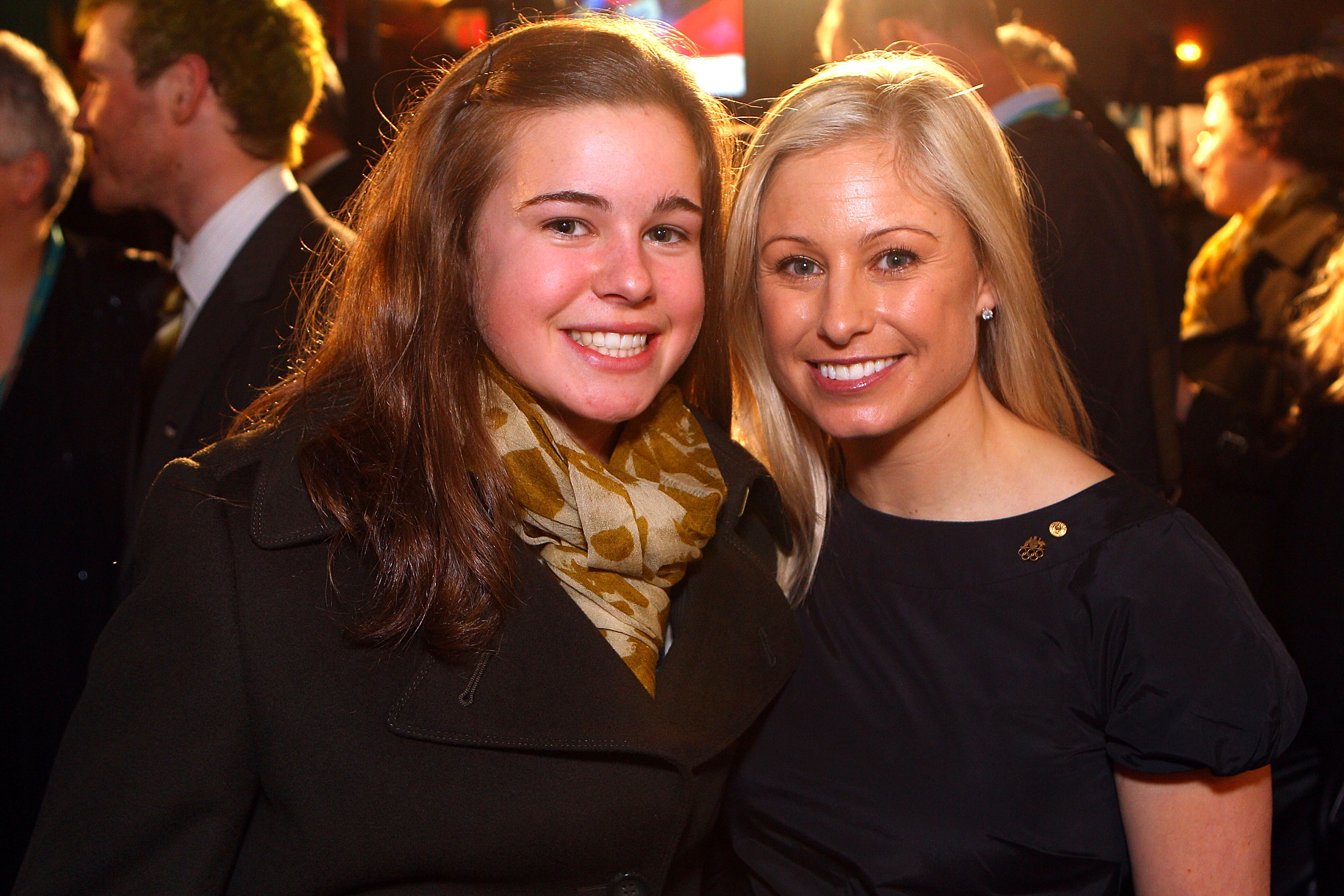 “I remember watching Alisa Camplin win gold at the 2002 Olympic Games, that was definitely an ‘ah ha’ moment for me,” she said.

“She was a huge inspiration, watching her made me want to compete at an Olympic Games. At the time I wasn't even sure what sport, I just knew that I wanted it.”

The determined youngster competed in many different disciplines before she found her niche in mogul skiing.

“Mogul skiing just stood out to me. It was the sport I had the most fun doing and it also had a great community of people, which is important,” she explained. 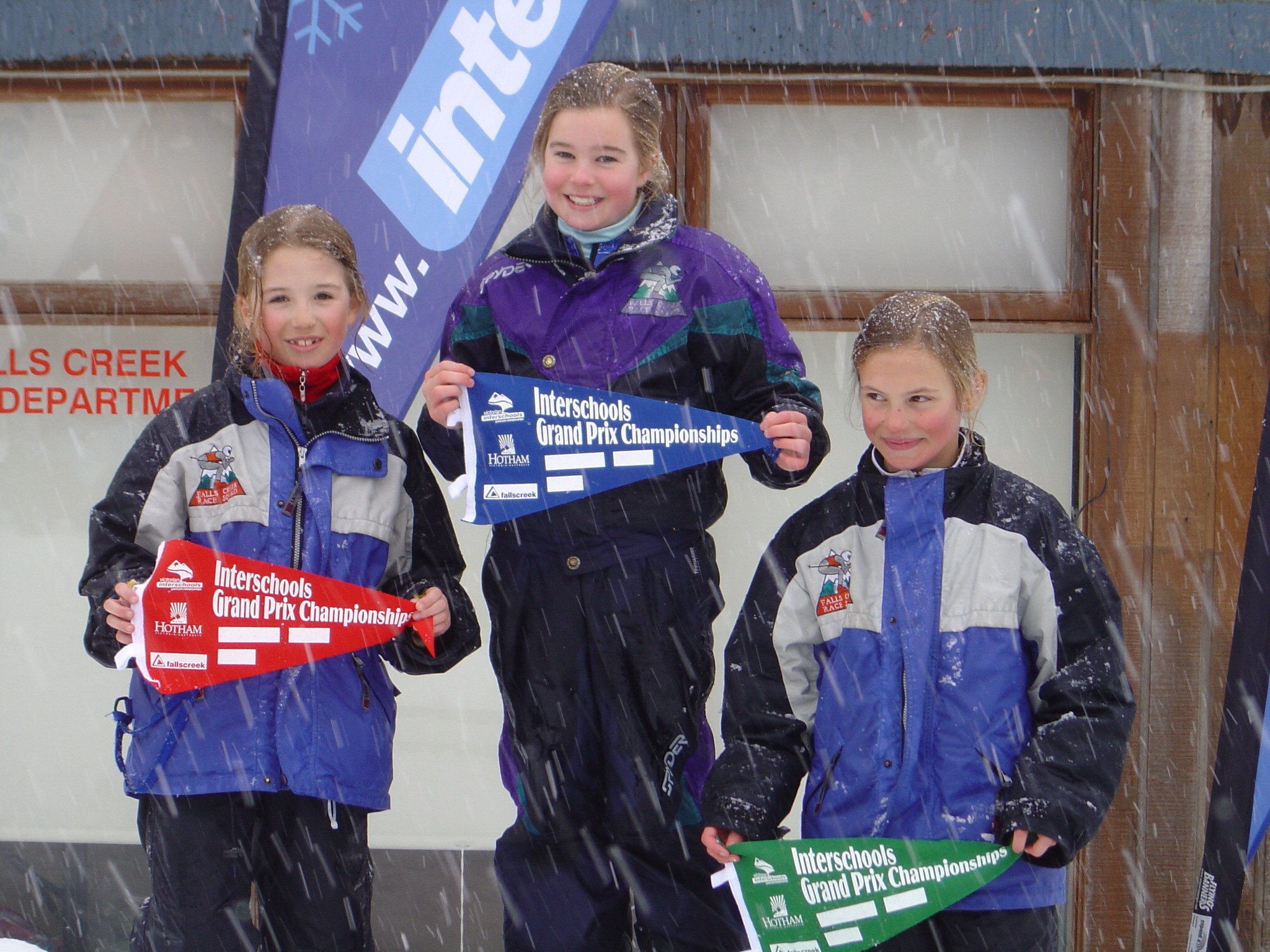 “As a young kid, it was all about being in a fun environment where you can ski with your friends.”

It wasn’t until Cox got older and was selected for the National Development Team that it became about more than just having fun.

“When I made that transition from skiing for fun to being around high-level athletes and seeing what they were achieving, I was really inspired,” she said.

At the age of 15, Cox became Australia’s youngest Winter Olympian in 58 years when she made her debut at Vancouver 2010, placing 23rd. Four years later, and with her first World Cup podiums under her belt, Cox placed 5th at Sochi 2014. 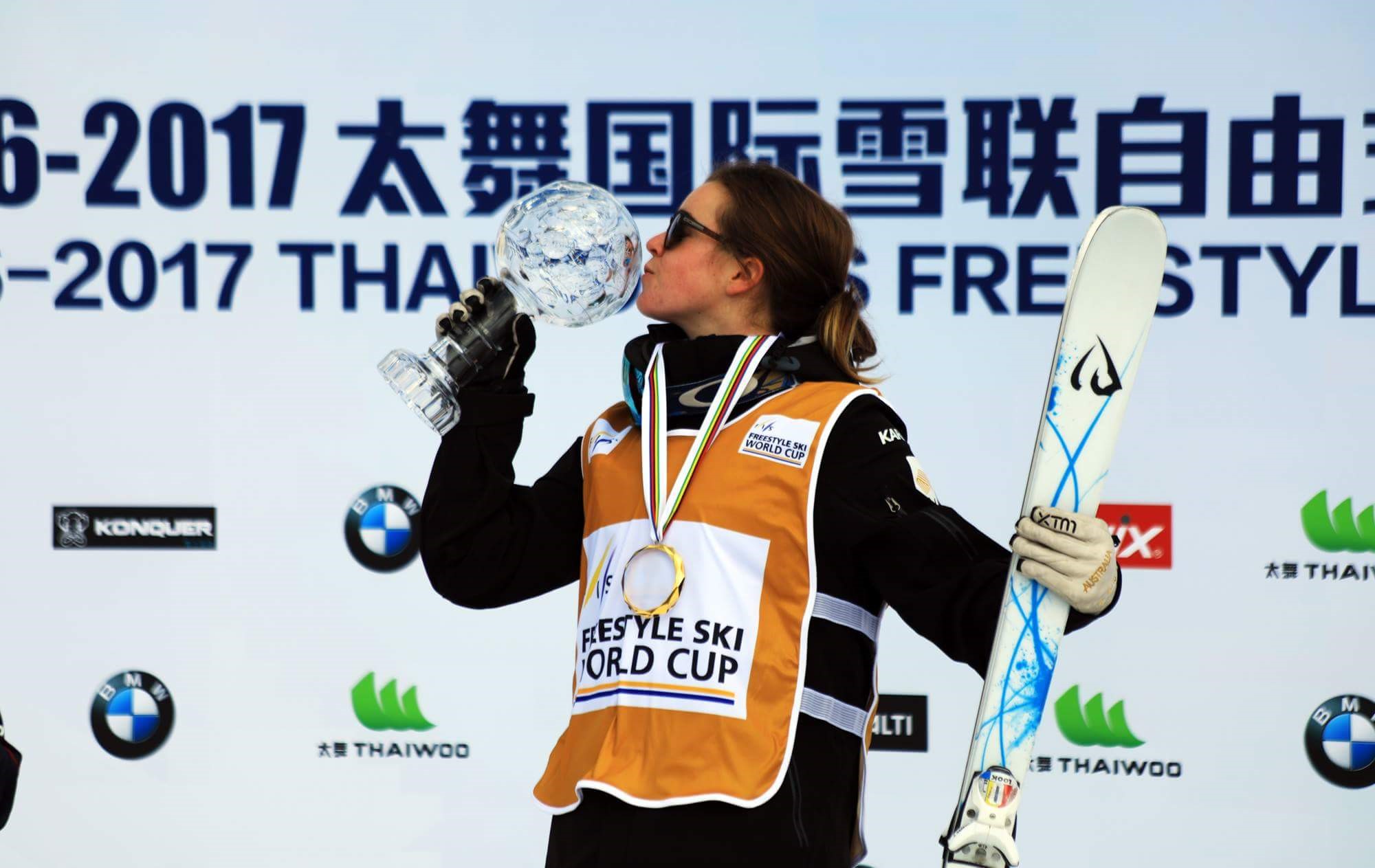 At her third Olympics at PyeongChang 2018, she matched her Sochi 2014 result, placing fifth in the Super-Final.

Their connection was palpable, when after finishing fifth at PyeongChang 2018, she skied down to Hamish for a hug and emerged with tears in her eyes after he told her he loved her and was proud of her.

“It’s humbling to think I might have had a big influence on Britt, not only because of her achievements but the person she’s become,” Hamish said of his little sister.

“She has to be the most resilient person I’ve ever met, both as an athlete and as a person.

“No matter what is thrown at her, she always seems to find a way past it and comes out the other side a better athlete and a better person.” 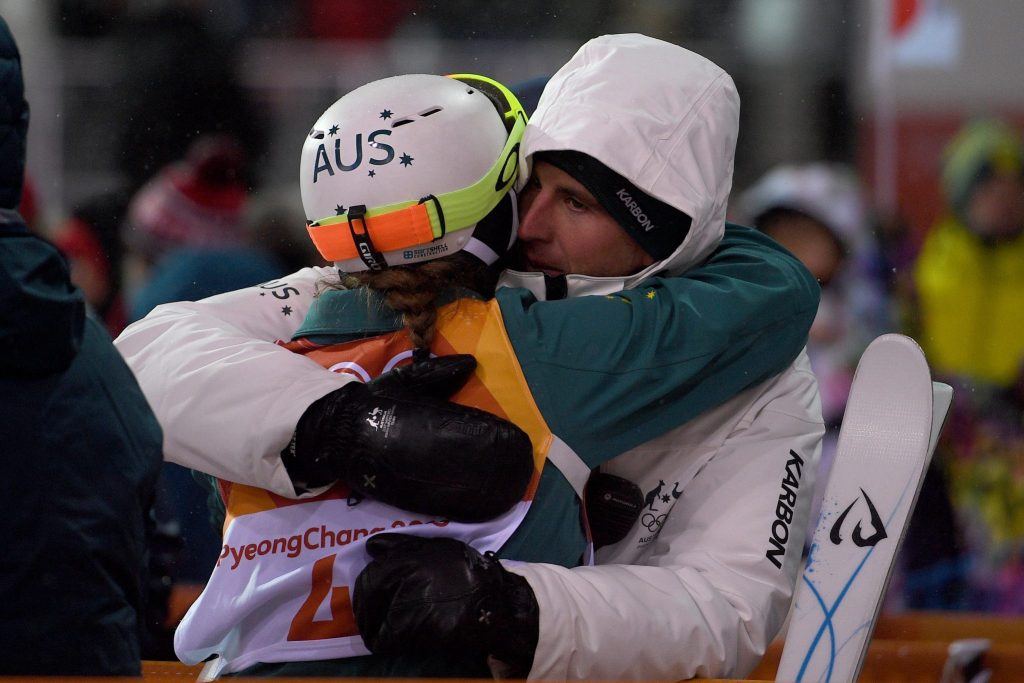 Cox kicked off her 2019/20 season with a bang, claiming her 16th world cup medal when she won bronze at the Ruka World Cup in Finland, but a month later her renowned resilience was tested by a potentially career-ending injury.

When competing at the Thaiwoo World Cup in China, Cox crashed and knocked herself unconscious, breaking her collarbone along with six ribs.

“I’d had a really great year of training leading into the season,” she explained. “I was really happy with my skiing in the first event, but the second event of the season came around and I made a mistake on the top jump.”

It was a mistake that could’ve ended in tragedy.

Cox’s ski tips got caught on the mogul, forcing her to forward roll and slide down the remaining course head-first, hitting every mogul on the way.

Last month I had a tumble in China and the bod took a bit of a hit, but luckily my noggin is fine. Massive thanks to the @owia medical team and my coach @kateblamey for getting me home and on the mend in time to spend Christmas with my family. I’m hustling with my rehab so I can get back at it ASAP, but in the mean time I’ll be cheering loud for my team 🇦🇺 P.S. Let this be a reminder of the importance of wearing a helmet on the mountain. Mine sure did it’s job!

“I got bucked over the handlebars and my back came down onto a mogul, that's when I fractured my collarbone. I also broke six ribs and knocked myself out. I was like a ragdoll,” she said.

“After seeing the footage, I feel very lucky. I don’t want to say I got away unscathed, but it could've been a lot worse, it was definitely the worst crash I've ever had.”

Hamish spoke about how tough it was helplessly watching on from home as his sister crashed down the mountain.

“Britt’s most recent crash is definitely the hardest one to re-watch on video, watching it live from home was bad enough, so I haven’t watched it again,”he said.

“Fortunately, her coach Kate was first to the scene and contacted me right away.

“She kept me updated during Britt’s surgery and throughout her entire hospital stay until she arrived home from China.”

Injuries are part and parcel of life competing in an extreme sport, Cox explains, and the risk involved is a big reason that the athletes are so bonded. 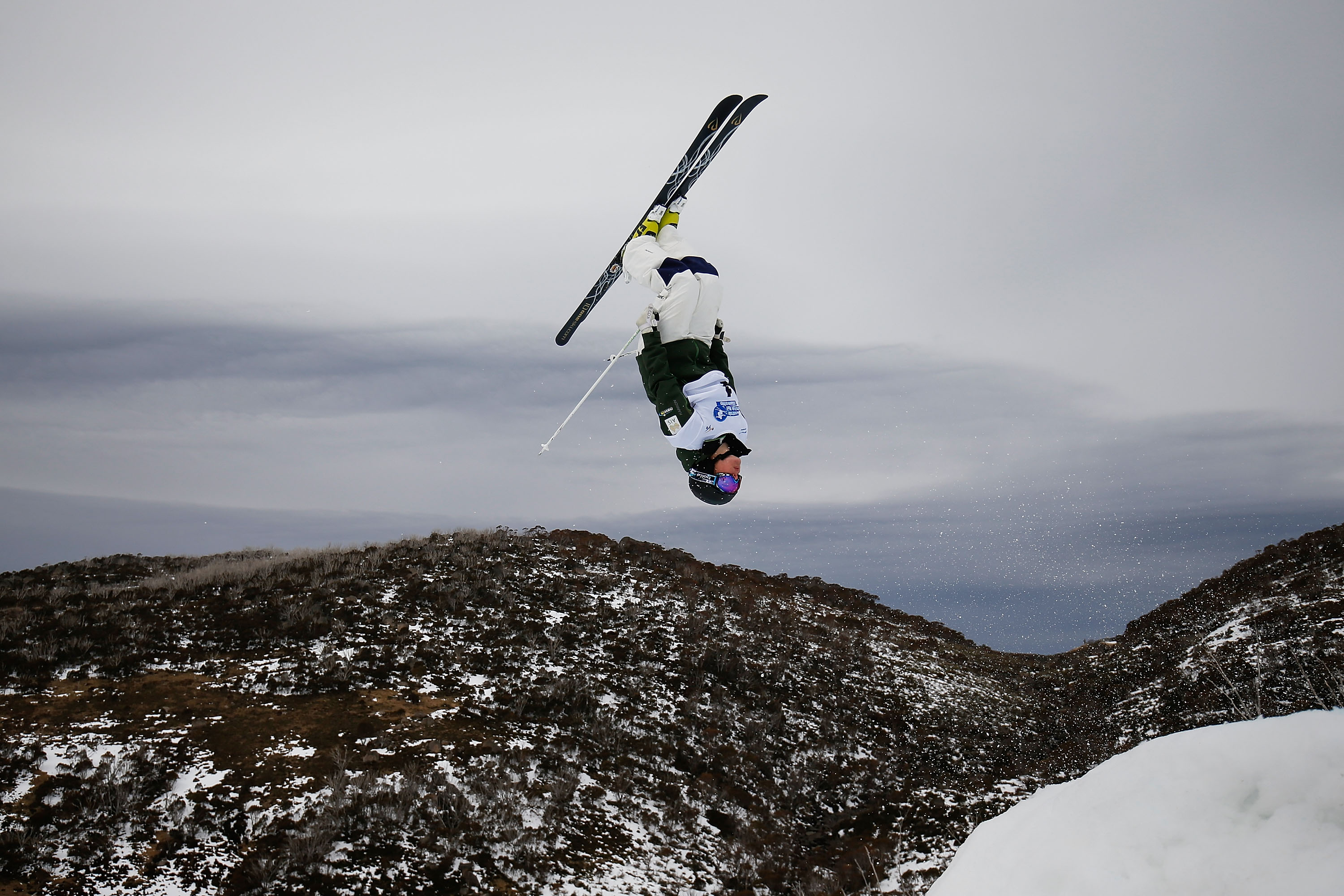 “You’ve got to know that when you're a mogul skier, there are risks, but I think that's what makes the sport so exciting and challenging.

“That element of risk is also what makes the mogul skiing community so close. All competitors have a certain level of respect for each other because we know every time we're out on the course, we are putting our bodies on the line.

“When you see someone do well, you’re happy for them because we know it's not easy and that’s the glue that sticks us together.”

Although she was shaken by her worst injury yet, Cox’s passion for the sport did not grow cold and when asked if her serious crash made her question her future in skiing, she said not for a second.

“Even after my injury there was never a time where I wanted to give it up,” she shared.

“I’ve been skiing since I was so young, it’s just so natural to me and I can’t ever imagine it not being a part of my life.

“I love it so much and I’m so grateful that it’s also my job, because whenever I click into my skis, I feel like I’m at home and that’s something that will never change.”

Although she has stood on countless podiums across the globe, connection to her community has remained very important for Cox.

“Growing up in a small country town, you really get to appreciate that community feel,” she said.

“I am really lucky because from a young age, I was supported by the whole community in my sporting pursuits.

“There was actually quite a lot of sporting opportunity in north east country Victoria which I was able to embrace.

“I remember when I first made it onto the National Team and started competing overseas, I’d get all these messages of support from people back home and even now, it’s still the same.

Well done to all the athletes who joined us at the @skiandboardaus Futures camp @bounceinc session tonight. I hope you all gained something positive from the session. #auswintersports #bounceinc #melbourne #futureathlete #skiing #trampoline #dryland #skiandsnowboard #freestyle

“I feel so welcome in the community and I think country people have a way of sticking up for each other. We love to help each other out and in terms of how I live my everyday life, I think I've really recognized the importance of connecting with people and community,” the 25-year-old explained.

“Even in an individual sport, you never do it alone, there's so much support and I think it's important to recognize that it's not just me out there competing, there's a whole team behind me.

“My team are like my family and I sort of embrace that sense of community as well.”

Cox is regarded as one of the darlings of winter sport, with former NSWIS Head Coach Topalovic saying, “You won’t find anyone nicer, she is a genuinely good-hearted person.”

Cox believes her positive attitude is a result of the country values instilled in her growing up and mostly, comes from a place of gratitude. 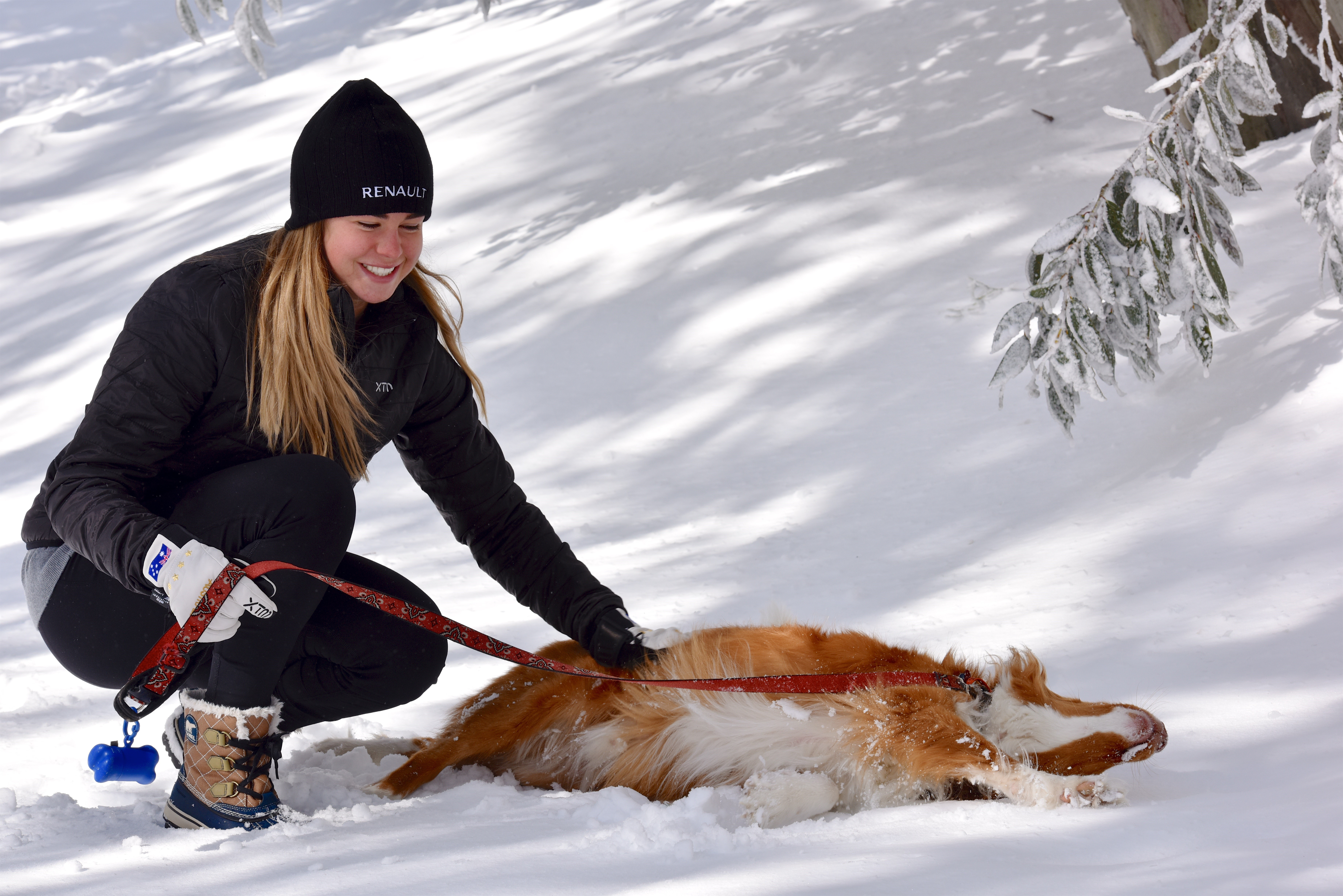 “Growing up as a kid in the country, I felt like I was given so many amazing opportunities, both by my family and by the people in the community and I’ve always really appreciated that.

“I’ve been so lucky, so I feel like I have a responsibility to give back to the community in the same way, because of the opportunities that were given to me.

“Whenever I see young kids on the mountain I want to give them my time and encourage them.

"I want people to feel like they can approach me, because giving back and helping is important to me."