MODERN PENTATHLON: Marina Carrier has produced a gutsy performance on Olympic debut to place 27th at the Tokyo Games.

After the fencing, swimming and riding she was in 10th place of the 36 athletes, and within 40 seconds of the leaders going into the Laser Run. A similar position to where Chloe Esposito was at Rio 2016 but there was to be no fairy-tale ending this time.

The Laser Run is normally her strongest event but the impact of a recent injury was soon clear on the run and she didn't have a good shoot and dropped back in the field. The 24-year-old was proud of what she was able to produce given the circumstances. 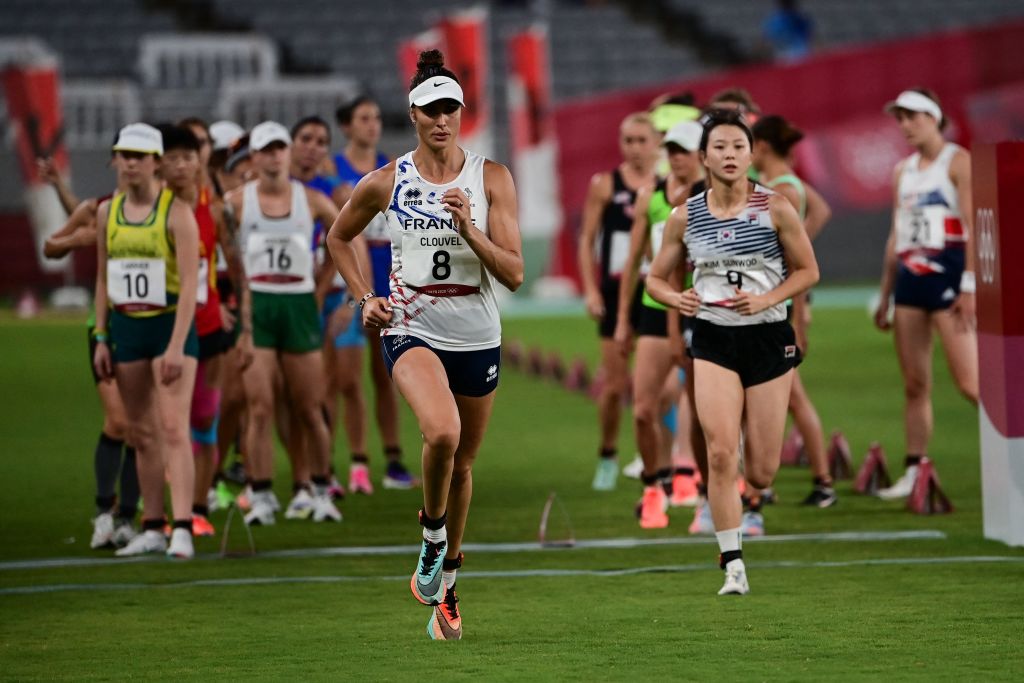 "You know what, I couldn't walk seven weeks ago," Carrier explained.

"It has been a journey and I am just so proud to be here."

Carrier was sitting in 17th place coming into the show jumping and this is the discipline that can be problematic for many athletes. In pentathlon, you only get 20 minutes with your horse before you ride, what Carrier refers to as ‘speed dating'.

But as the riding provided a lot of problems for many of her competitors, she did very well, especially considering the horse she was allocated Caleansiena Yh, didn't complete the course with the Brazilian competitor the first time round.

"From the first date the horse had they didn't seem to get on so well, so I was a bit concerned but I had some great people in my corner to tell me that my date was actually pretty bloody good. The horse went, and the jumps, I tell you what, they looked big, they looked really big." 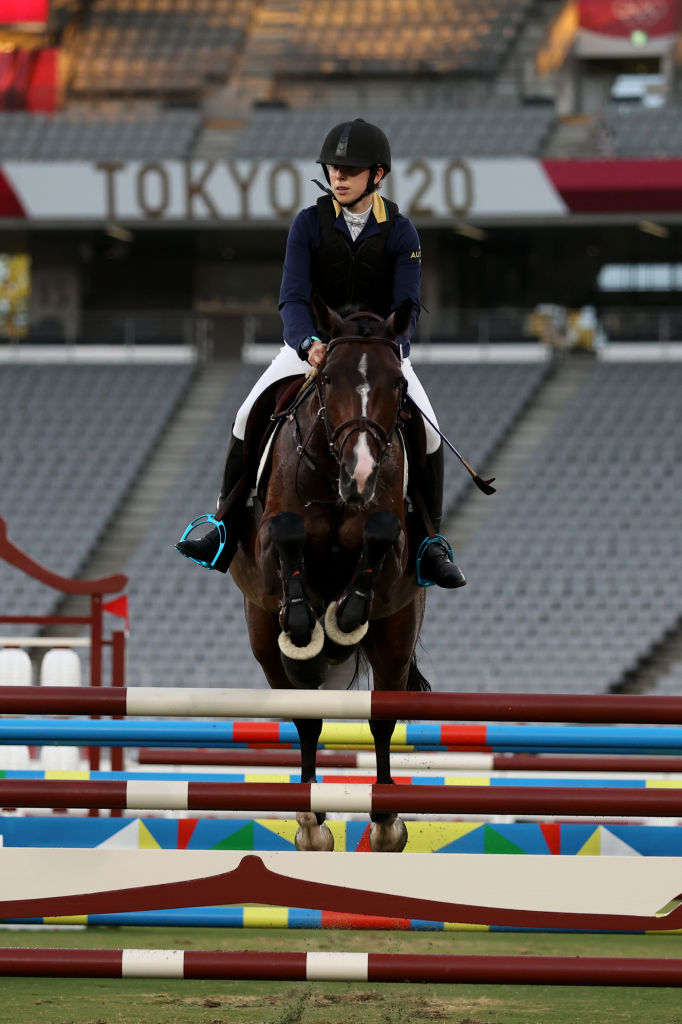 Carrier's riding coach was back in Australia providing support.

"So proud to have my coach back at home, Simon Kale, helping me. He was on the phone doing it by Zoom which is very Covid safe, and yeah I had great fun"

She rode Caleansiena Yh well for a clear jumping round and only four time penalties for 296 points out of a maximum of 300. Only two competitors got 300 points from the riding which catapulted her into 10th before the final event.

On Thursday in the Fencing Ranking Round, she got her competition off to a solid start with 18 victories and 17 defeats. She couldn't manage a win in the bonus round so stayed with 208 points for Fencing.

The first event on Friday was the 200-metre swim in the temporary 25 metre pool which looked superb in the Tokyo Stadium. Carrier swam 2:17.35 for 276 points and the 27th best time. This was the first time at the Olympics that all disciplines were in the same venue on the main competition day.

Carrier who is studying Medical Science at Sydney University will now focus on some postponed university exams, which she will sit while in quarantine back in Australia.

The gold medal was won by Great Britain's Kate French. She takes over the Olympic title from Rio champion Chloe Esposito and she also broke the Australians Olympic record by 13 points with 1382. The last time Great Britain won this event for women was when it was first introduced at Sydney 2000.  French started the final event in fifth but was outstanding in the shooting range taking only 22 attempts to get her 20 shots across the four visits to the range.

Lithuanian world record holder Laura Asadauskaite ran through the field like Esposito did in 2016 but couldn't quite catch French. Hungary's Sarolta Kovacs was third. The chances of many of the big names ended with failed attempts in the riding.

Ed Fernon will be competing for Australia in the men's event on Saturday. The London Olympian will  improve on his 35th position from the Fencing Ranking Round. Fernon is looking for a personal best in the swim, and is a very strong rider which was shown to be a key factor in the women's event.