Celebrating the distinguished life of Olympian, peace envoy and President of the World Bank, James Wolfensohn

On Wednesday, November 25, Olympic fencer James Wolfensohn sadly passed away at the age of 86 after leading an extraordinary life.

Throughout his lifetime, Wolfensohn's unmatched and relentless drive for success led to him reaching not only the pinnacle of international sport but business, finance and even music.

Wolfensohn competed in the Melbourne 1956 Olympic Games alongside teammates Ivan Lund, Keith Hackshall and Hilbert Van Dijk in the Men's team épée but went down to eventual gold medallists, Italy, in the first round of competition.

His late wife Elaine Botwinick had said that making that team was "the most exciting moment of his life" and that it had an enormous impact on who he later became.

Born in Sydney on 1 December 1933, five years after his parents migrated to Australia from London, Wolfensohn grew up during the Great Depression. 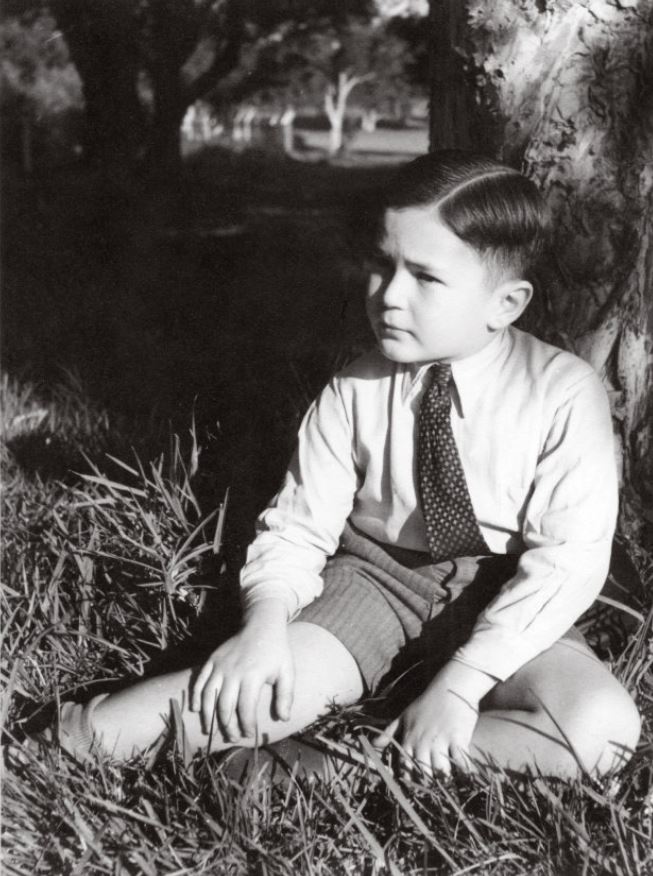 With his father, Bill, a businessman who previously worked for the Rothschild banking family and his mother, Dora, Wolfensohn grew up in a two-bedroom flat in Edgecliff. Money was always tight, so success was not a luxury, but a necessity for survival in Wolfensohn's eyes.

He explained in his autobiography, ‘A Global Life: My journey among the rich and poor, from Sydney to Wall Street to the World Bank,' that from a young age, seeing how his parents struggled financially made him determined to protect himself from it and was arguably the key motivator in the great success he found across a wide range of endeavours.

Wolfensohn enjoyed sports as a child, and although a promising talent at Harry Hopman's junior tennis squad, Wolfensohn dropped out to concentrate on his studies and pursue a more financially secure career.

After attending both Woollahra Public School and Sydney Boys High School, Wolfensohn enrolled at Sydney University when he was 16 years old.

Although not academically driven and failing several classes including English, he graduated with a Bachelor of Arts and a Bachelor of Laws. It was also at university that he was set on a path to the Olympic Games.

By chance, the teenager volunteered to fill in for an ill member of the university's team at the National University Fencing Championships.

It was his first time fencing and Wolfensohn didn't win a single point, but the experience was enough to light a fire in his belly – from then on, fencing was his sport.

While the team's 1956 Olympic campaign was brief, the title of Olympian was something of which he was immensely proud.
Wolfensohn returned from the Olympic Games and spent time as an officer in the Royal Australian Air Force and practiced as a lawyer in the Australian law firm of Allen, Allen and Hemsley.

In 1959 was accepted to Harvard Business School, one of only four Australian Olympians including David Hawkins (Swimming, Helsinki 1952), Neville Hayes (Swimming – Rome 1960) and Mike Murphy (Diving - Barcelona 1992, Atlanta 1996) to have graduated from the prestigious school.

In 1961, he married Elaine Botwinick and they had three children and before climbing to the top of the New York high-finance ladder, Wolfensohn spent time as an air-conditioning salesman in developing countries such as India and Nigeria, an experience which he says influenced the rest of his life.

He wrote in his memoirs, "The inequity was so striking that I could hardly absorb what was in front of me. I had known what to expect intellectually, but, the reality was a shock. It left an indelible mark that would influence my later life."

By 1979, Wolfensohn had settled in the US as an investment banker at the bond-trading house of Salomon in New York. Here, he performed one of his most famous achievements when he was put in charge of Chrysler as it navigated the threat of bankruptcy in the late 70's, a time of Middle Eastern war and oil embargoes. 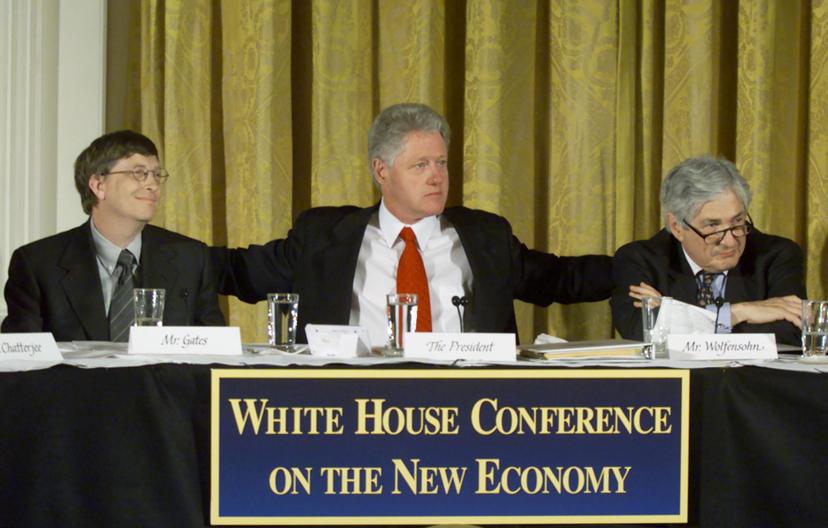 Described as an "international peace envoy and philanthropist," Wolfensohn used his interpersonal skills and business savvy to repair a cultural rift between Chrysler and the Japanese bankers who had loaned them $600 million. The feat was hailed as the ‘largest-ever corporate bailout in US history.'

The following year, Wolfensohn became a naturalised citizen of the United States, after it was rumoured he was a candidate to succeed Robert McNamara as the president of the World Bank.

He did not succeed McNamara, so established his own investment firm, James D. Wolfensohn Inc.  In 1995, after then World Bank President Lewis Preston passed away, Wolfensohn was nominated by US President, Bill Clinton, to serve as president of the World Bank, which he accepted and held for 10 years.

During his tenure he was credited with being the first World Bank president to bring attention to the problem of corruption in development financing, introducing reforms such as decentralisation, technology investments and transparency, he earned recognition as a ‘champion of the world's poor.'

Under Wolfensohn, the World Bank became one of the largest funders of global primary education and health programs including HIV/AIDS programs.  He also advanced debt release programs for much of Africa and Latin American countries, with his achievements earning him a nomination for President of the United States by the Alfalfa Club, even though he was constitutionally ineligible.

"He sharpened focus on poverty reduction and redoubled efforts to combat corruption, give a voice to the poor, and magnify the impact of development investments."

Aside from his business and humanitarian accomplishments, Wolfensohn also became a music star, of sorts.

When he was 41, he decided he wanted to learn the cello under the tutelage of Jacqueline du Pre, and nine years later on his 50th birthday, he played at the famous Carnegie Hall in New York. 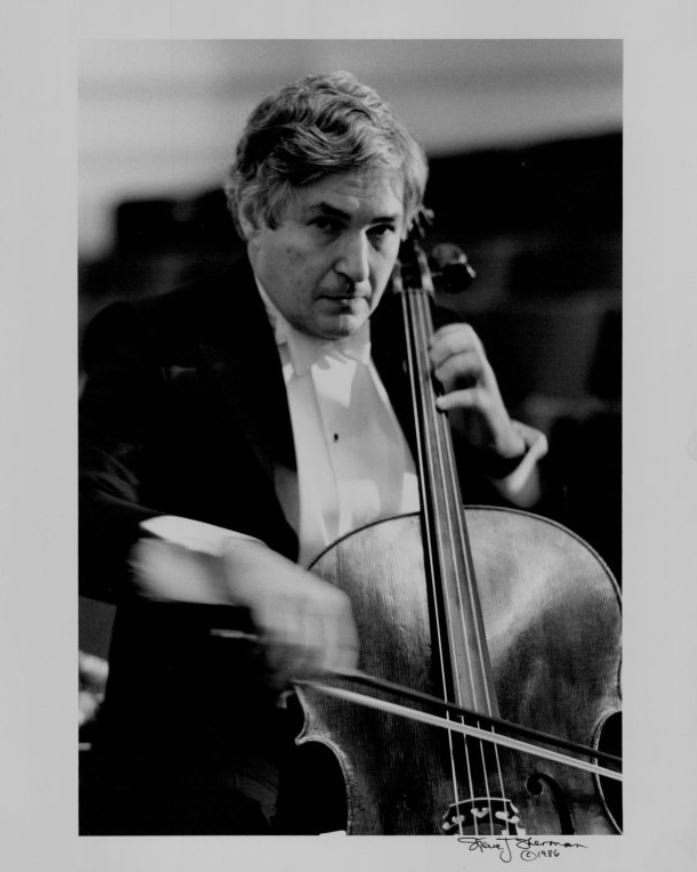 He also performed on his 60th and 70th birthdays alongside Yo-Yo Ma and Bono.

In 2010, he regained his Australian citizenship.

James Wolfensohn received numerous awards in his life, including the Order of Australia, an honorary knighthood and a Leo Baeck Medal for his humanitarian work. He was also inducted into the Olympians for Life project at the Rio 2016 Olympic Games.

In August 2020, Elaine passed away, leaving behind Wolfensohn, their three children and seven grandchildren, but it was just three short months later that Wolfensohn would be reunited with her.

"We have lost a giant. In an extraordinary life, marked by high achievement in everything he turned his mind to, Jim stood out. He really lived the Olympic values, when you think about what he achieved with the World Bank and his work in reforming that institution.

"They developed a joint initiative that saw Olympians travel to refugee camps to show how sport can positively affect the lives of the displaced. It was something he was very proud of and carried with him all his life. James appointed a full-time liaison position between the World Bank and the IOC," Mr Montgomery said.

James Wolfensohn, Olympian, gifted the world of finance an enduring legacy which put people first, with his influence undeniably changing the world of banking and finance for the better.