Both the Australians and ROC pair defeated fellow pool-members Spain and Cuba in straight sets to ensure they will progress to the round of 16, with the winner of this matchup going through as top of the pool.

The ROC pair qualified for the Games as the ninth seed and have been impressive in their matchups so far.

The teams last met in the 2019 World Championships quarter-final, with Clancy and Artacho prevailing in a tight contest enroute to their bronze medal, Australia's best international result in more than a decade.

"We haven't played them in a long time, and as younger girls coming through, they're a different team to what we saw two years ago," Clancy said.

"They play a really good style of volleyball too, and they have taken a jump since last time we met.

"The Olympics is always such a different beast too, it'll be very interesting to see how everybody holds their nerve as the tournament goes on. With Mariafe and I having Rio experience, hopefully that can help give us an edge.

"We just want to really bring out our physicality and use that full length of the net in the court. We want to make the other team run around like crazy, looking to hit on two, spreading it out across the sticks, and building it all off our tough serving - that's the way like to play."

Artacho del Solar suffered a knee injury last time the teams met, gutting it out to claim a win and continue their World Championship medal run in 2019. 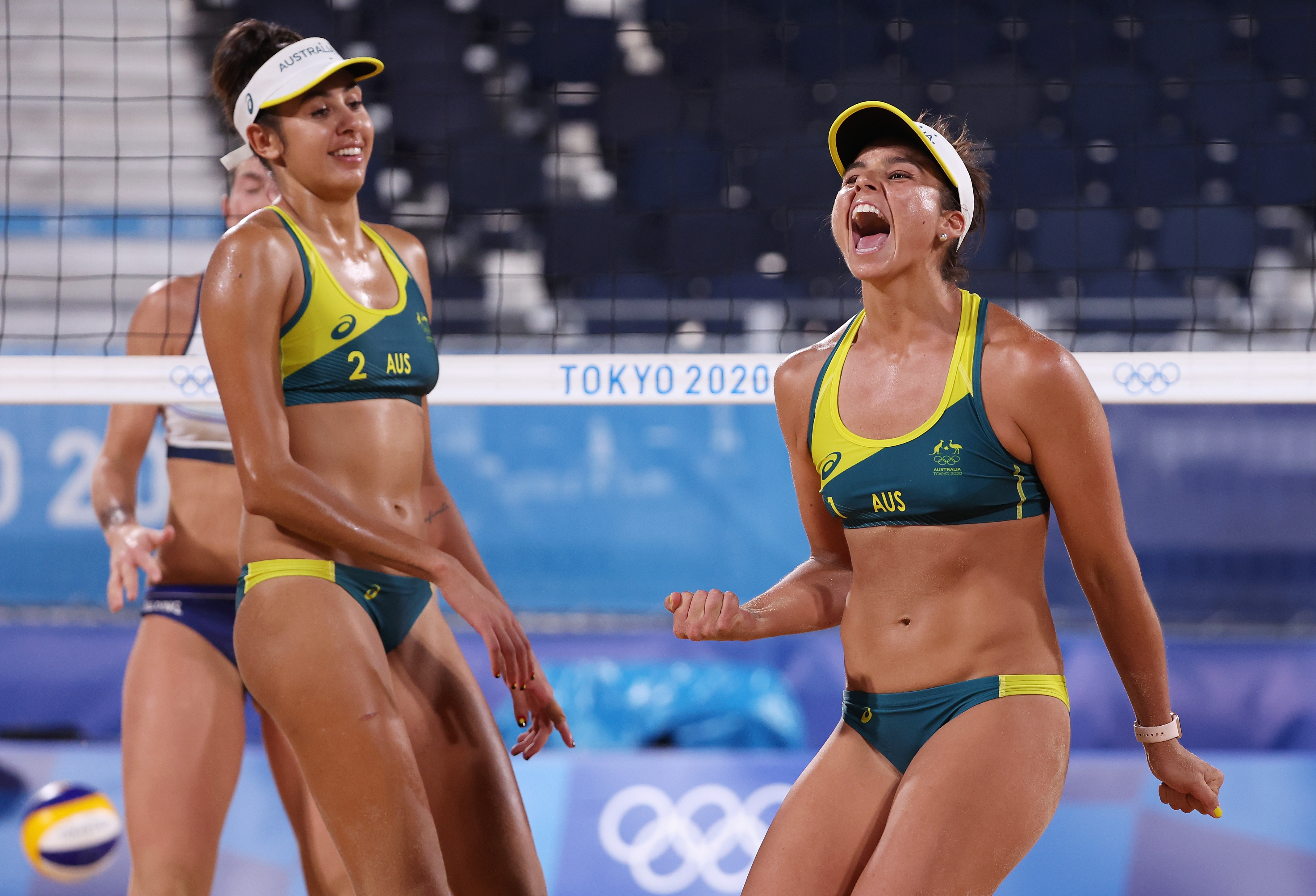 "They're a very young team but a very talented team, they're both great players," Artacho del Solar said.

"That game in the World Championships quarter-final was where I got injured, so my main memory of our last matchup is having to focus on what I could control, adapt and just do my best.

"I think it's gonna be very important for us to focus on what we bring to the team and our role to the team. And yeah making sure we deliver it to the rest of our advantage."

The teams will meet at 4pm AEST in their final pool match at Shiokaze Park before the round of 16.