Australia's men's team pursuiters have narrowly missed out on a shot at a gold medal in Tokyo after a dramatic crash in qualifying on Monday night.

The quartet of Leigh Howard, Kelland O'Brien, Sam Welsford and Alex Porter were less than 1km into their 4km effort on the Izu velodrome when the handlebars of the bike being ridden by Porter who was in fourth wheel snapped, sending him crashing face-first onto the boards.

"I've never seen that before."

Alex Porter has a nasty fall after his handlebars detach in the middle of the men's team pursuit. Thankfully he was able to walk away from the accident 🙏🇦🇺#Tokyo2020 | #7Olympics pic.twitter.com/1iqGXcpiax

The race was stopped and a short time later the team was granted a re-start with Porter defying his injuries which included nasty skin grazing on his face, arms and legs. 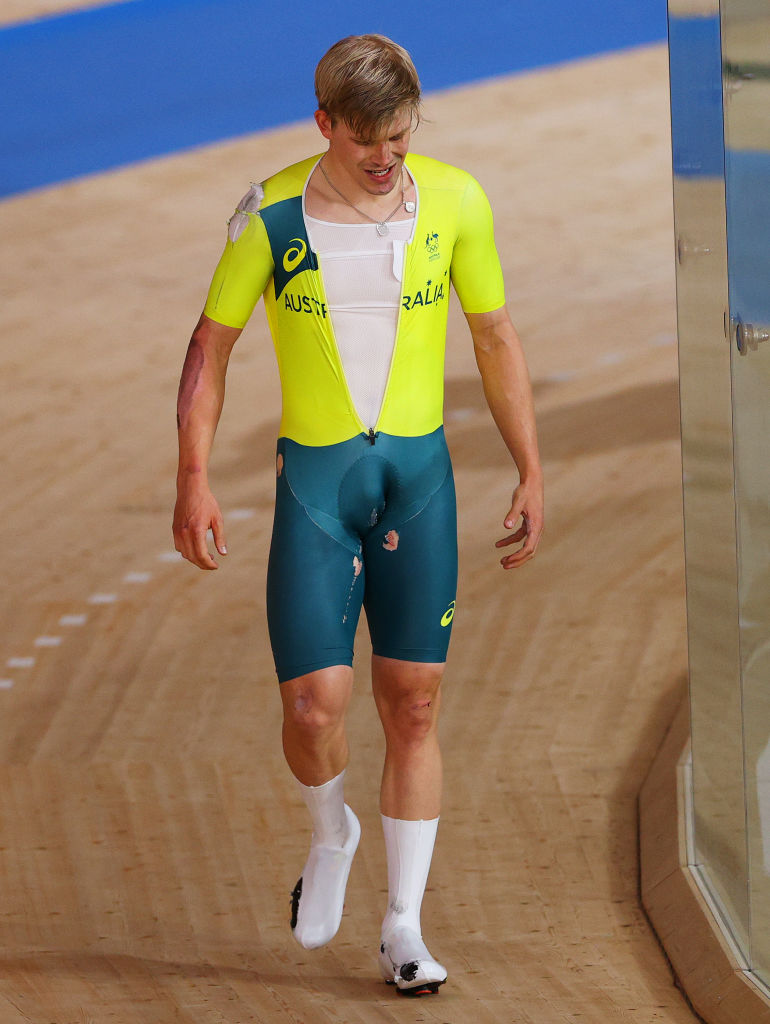 The Australians will still get a shot at a bronze medal when racing continues on Thursday but they will be unable to avenge the silver medal they won in London in 2012 and Rio in 2016.

"Obviously there was a mechanical failure, we're not too sure what exactly happened, there was obviously something wrong with the bars," AusCycling high performance director Simon Jones said.

"But to be honest, when you land on your face at 65km/h and you've got half-an-hour to do that again, it's absolutely amazing.

"Talk about Australian fighting spirit to get up, I'm almost speechless to be honest.

"When you go again after making a big effort like that, the team pursuit is pretty explosive and it doesn't tend to be good but they did an amazing time there, it's really incredible. 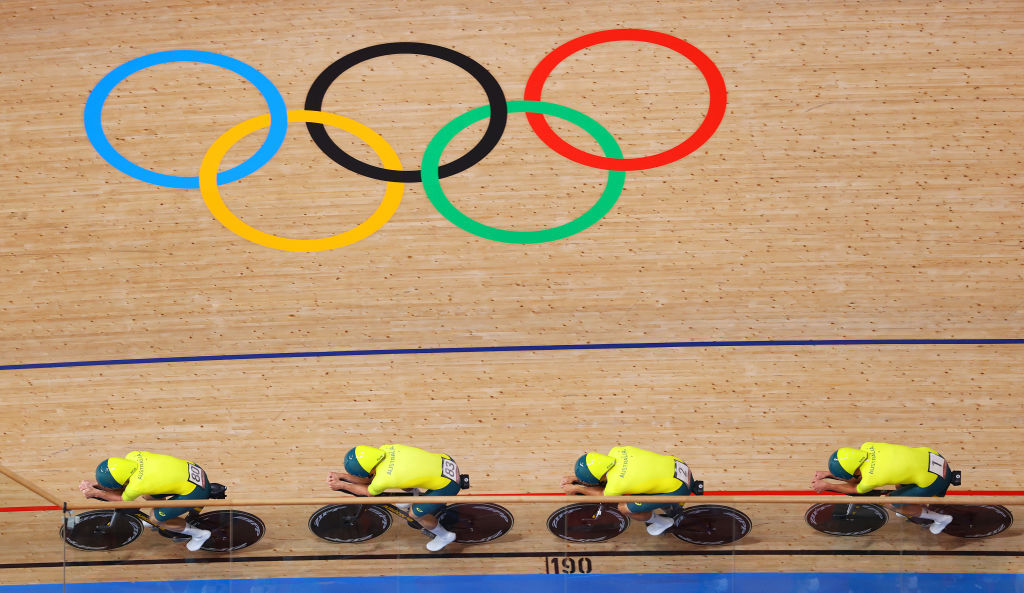 "The lads were on really good form, so we still have the bronze tomorrow, that's the key thing.

"We'll go back and recover and settle down and come back and go as quick as we can go."

Australia's women's team pursuiters will also be fighting for bronze on day two of the track competition after they posted the seventh fastest time in qualifying.

Annette Edmondson, Georgia Baker, Ashlee Ankudinoff and Alex Manly clocked a 4mins 13.57secs as Germany broke the World Record with 4:07.30 and Great Britain (4:09.02) and the United States (4:10.11) were second and third fastest. 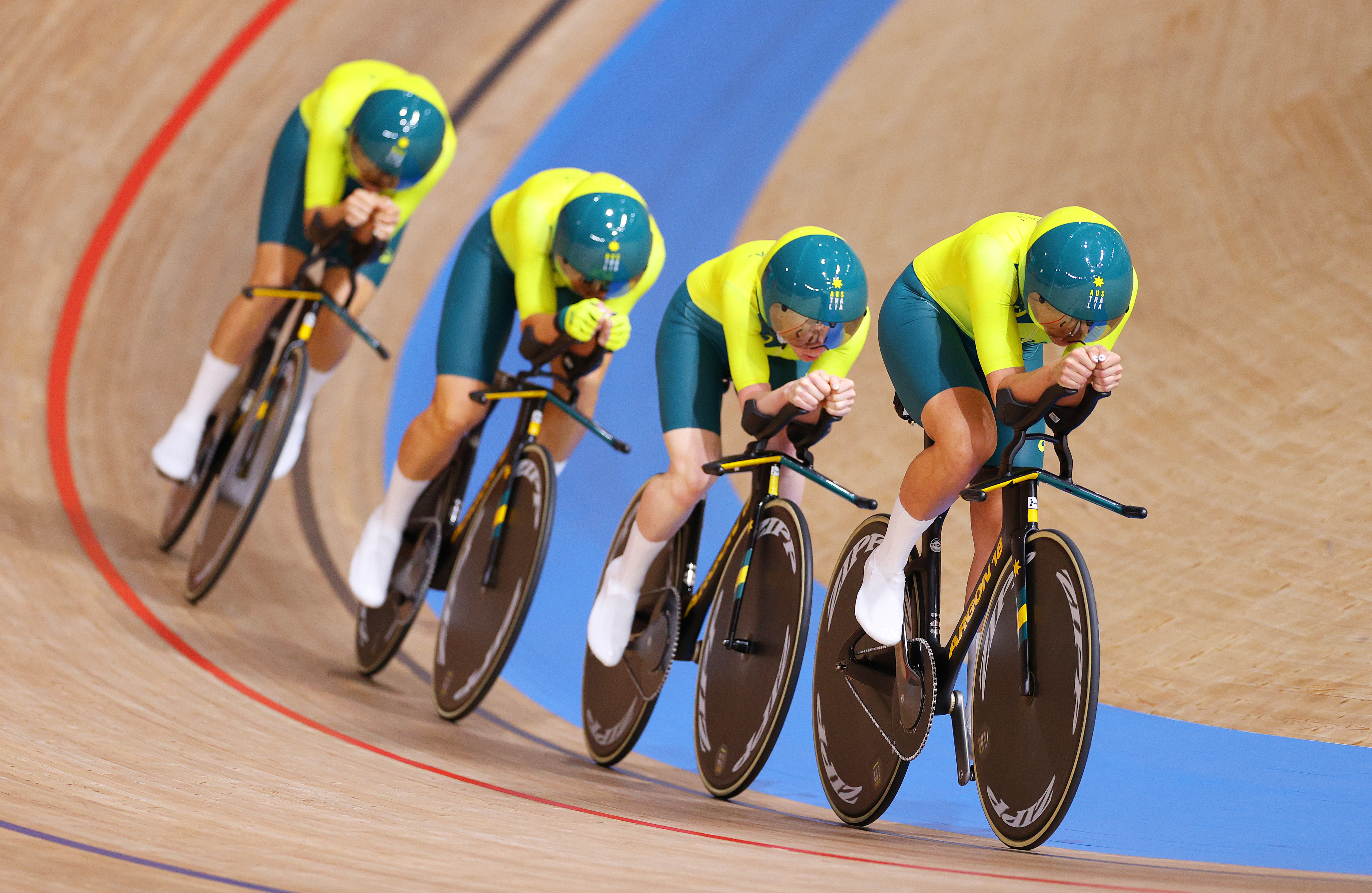 The only gold medal of the night was won by China in the women's sprint by defeating Germany in the final.

Day two of the track competition features the men's team sprint where Matthew Glaetzer, Nathan Hart and Matthew Richardson will be in the hunt for a medal.

Glaetzer, who has overcome thyroid cancer and a torn calf in the last Olympic cycle, said he was excited about what the team sprint could do in Tokyo.

WATCH / Matthew Glaetzer recovered from cancer on his journey to Tokyo 2020 and now he's ready to challenge for a medal.

"It's definitely been a different preparation to what we're used to," Glaetzer said.

"I haven't raced for two years and that's generally not the case, we've done our best in-house by racing each other and trying to watch a bit of video, so we are as prepared as we can be.

"We don't really know until we step out on that track what we have compared to the other nations but we are confident we have a really strong performance in us and in our own ability."