The performance not only boosted the overall Australian score but also sees the combination ranked 13th in the Individual competition.

Hoy believes Vassily de Lassos is one of the greatest horses of the world and sees it as a privilege to ride him.

"The joy that I get riding this horse is just unbelievable," Hoy said.

"I use one word to describe what I am trying to achieve and that word is harmony, and that is what I am working towards. It doesn't matter if it is the dressage, the cross country or the showjumping."

Teammate and Olympic medallist Shane Rose rode Virgil, who he co-owns with Niki Rose and Michelle Hasibar, to a score of 31.70 in the dressage. Currently, they are ranked 24th in the Individual standings.

Rose said he was pleased with his dressage test and is looking forward to riding the Sea Forest Cross Country course tomorrow morning where he will be the pathfinder for the Australian team. 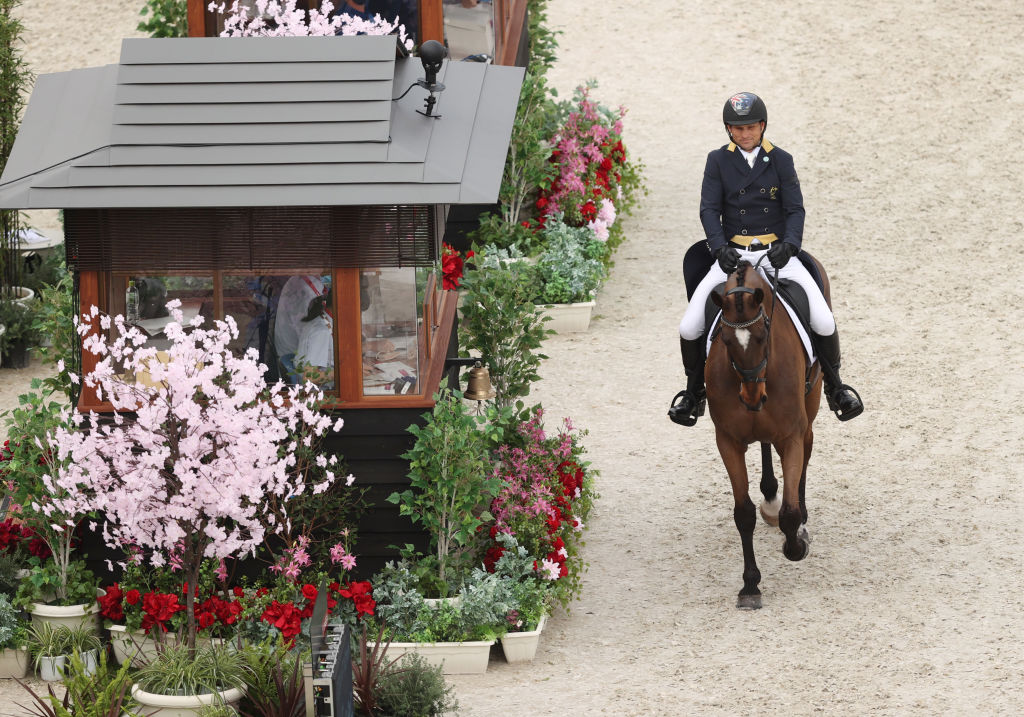 "I think it is great. I think the course is really, really good," Rose said. "

"It is strong enough and is going to test the riders. I am very experienced at riding early in competitions; I do it every weekend at home. I am very confident with my plans and I just have to go and execute, and if it works well it will be great for the other two guys to go around and bring it home."

Fellow Eventing Team member Kevin McNab is making his Olympic debut in Tokyo riding Don Quidam, owned by Scuderia 1918. McNab scored 32.10 in the dressage phase and is sitting just behind Rose in the Individual competition in 25th position.

McNab was named as reserve rider for the Australian Eventing Team but was called up the evening before the start of competition to replace Stuart Tinney and Leporis. Under the new Olympic format Tinney and Leporis become the reserve combination and still have the opportunity to be subbed in later if required.

"Unfortunately it is one of those sports where it does happen, and I was a little way down the list, but I have ended up here," McNab said.

"It is unfortunate for Stuart, my teammate, I feel really sorry for him and his team but it is great to be here. There is such a wealth of knowledge between the team that I am lucky to be making my debut with them."

DO I NEED MY OWN HORSE/PONY?

No, you do not need to own a horse/pony to start horse riding. There are many riding centres across Australia that provide a variety of suitable horses/ponies to learn on, as well as more advanced horses to progress onto as you gain skill and confidence.

It's easy. Just sign up to END_OF_DOCUMENT_TOKEN_TO_BE_REPLACED then select a program and riding centre that suit you. You can then contact the riding centre directly to enrol in your chosen program.

IS IT SAFE FOR NOVICES? IS THERE A MINIMUM AGE?

Our mix of programs is designed to cater to all skill levels, with a focus on safety. Use our ‘Find Your Program' page to find the program, and riding centre, that is right for you. Our beginner level programs ‘Ready Set Trot' and ‘Ready Set Vault' are designed for ages 5-12 but each riding centre is able to decide the minimum age of students they will accept.

Ready to Have A Go at Equestrian?