After giving birth to her first child, Billy, six months ago, marathon runner Jessica Stenson (nee Trengove) is one of a growing number of elite athlete mums proving they can do it all, and with the postponement of Tokyo 2020, her third Olympic Games is now in reach.

In November 2019, the dual Commonwealth Games bronze medallist prepared for a marathon of a different kind -  motherhood.

Pure joy 👶🏼💙. Welcome to the outside world Billy boy ~ we love you SO much and feel incredibly grateful! 🥰 @dylanstenson

Stenson delivered Billy via cesarean section on November 2, 2019, and although many babies are delivered via this method, it is still considered major abdominal surgery.

“The doctors told me afterward that they’d cut through seven layers, so when you think about it, it is quite invasive," the 32-year-old said.

“The recovery is a long process and can be quite painful, but it was a really positive, beautiful experience for me, and I’ve recovered well."

A physiotherapist by trade, Stenson drew on both her workplace education and her athlete's mindset for the road that was ahead.

“I definitely used my marathon mental strategies to get through it and I had to focus a lot on finding my stability and strength," she said.

DIY belly sling 👶🏼♥️😁!! . I had a go at kinesio-taping my tummy before gym for some extra support & loved it! The method is a little different to any🦶🏼&🦵🏼self-taping techniques I’ve used over the years ~ I’d be in trouble if I had to try & hold my foot at the moment! A pregnancy taping demo can be found in my story ⏭👍🏽. @elastoplastanz @physiosmart_sa #kinesiologytape #pregnancysupport #eightmonths

"I had to work really hard on my core and pelvis because initially, they were the areas I felt most vulnerable in.

“I’d never felt so weak just trying to sit up or roll over in bed and sneezing and laughing was so painful for about three weeks after giving birth."

Putting her son and family first in all her decisions, thoughts of Tokyo 2020 were temporarily put on the backburner.

“I definitely wasn’t going to compromise Billy’s health or happiness by getting back into sport, so I didn’t have any goals set in stone, but I was open to the idea of trying to qualify for Tokyo,” the London 2012 and Rio 2016 Olympian said.

“My husband Dylan and I managed to pick up an elliptical set for me and a little swing rocker for Billy, so while I was doing a cross-training session, Billy would be rocking in his swing. 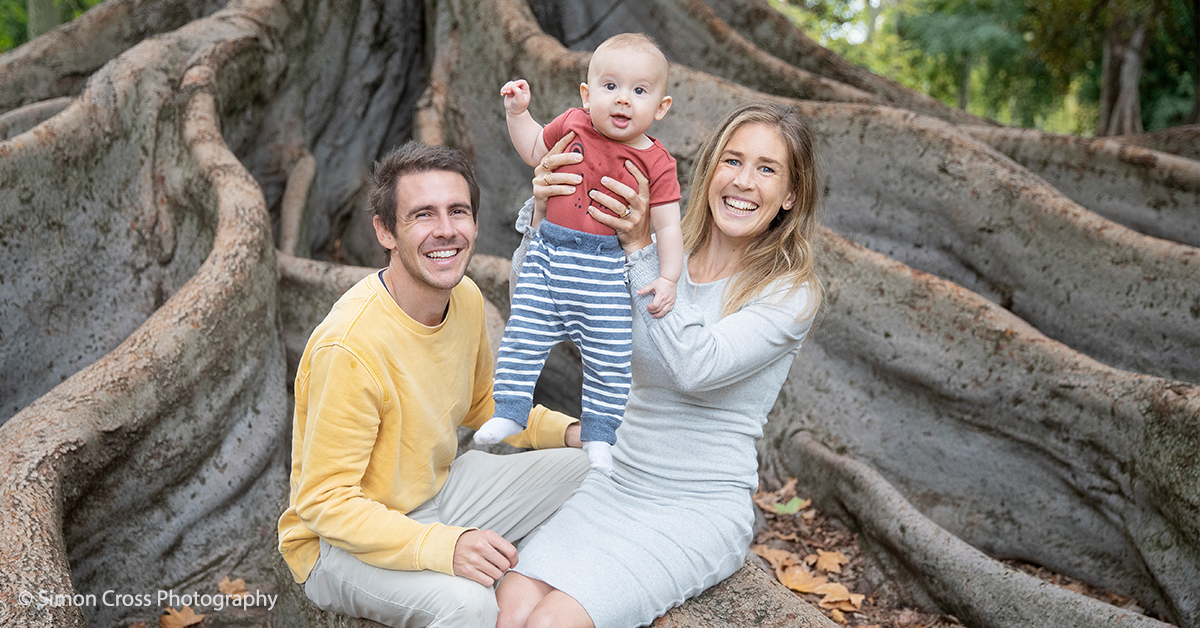 Having that little home gym was fantastic because it meant I could do some abdominal stability work and also continue on with the cardio I’d been doing throughout my pregnancy.”

Five weeks after the birth, Stenson gradually transitioned back into jogging and then running.

Being able to run again reignited the fire in her belly to chase her next Olympic Games and she set herself a goal to compete in the 42 km Hamburg Marathon in April 2020 - to attempt to post an Olympic qualifying time of 2.29.30 or better.

“In February, I got to the point where I was able to start doing some sessions again and did a little three-kilometre race on the track and that stimulus just took my training to the next level,” she said.

“I started to get really excited about the prospect of running a marathon again and that’s when I locked in Hamburg and became really focused on that goal.”

Like many global sporting events, the Hamburg Marathon was cancelled due to the COVID-19 pandemic, which meant that Stenson had to find alternative ways to secure her place on the Tokyo 2020 Team.

“The marathon was postponed so I needed to start looking around for domestic races that I could utilise as an Olympic qualifying opportunity,” she explained.

“But soon after, all the domestic races were cancelled and that left me in an awkward position because at that stage, the Olympics were still going ahead in 2020 but there were no marathon races within the qualifying window.

“I had to let go of my dream of competing at Tokyo.”

Two weeks later, when it was announced the Games would be postponed to 2021, Stenson realised she didn’t have to give up on her Tokyo dream after all.

Trying to stay as positive & as calm as possible during this challenging time for the world. Here are some strategies that have helped me: Smiling & saying hello to people when I’m out for a walk/run 🙂 • Acknowledging what I’m grateful for every day 💙 • Enjoying lots of Billy cuddles 👶🏼 • Staying informed with health recommendations & being diligent when following them 🧼 • Setting myself daily & weekly goals to focus on ~ whether they’re related to home projects, work or training, short-term goals help me to find opportunities & feel progress 😃 • Staying active and enjoying some fresh air every day 🍃 • Making an extra effort to eat nutritious meals & establish good sleeping habits 😴 • Checking in with loved ones/friends📱👩‍❤️‍👩 Feel free to add any extra suggestions below. We’re all in this together. Xo 📷 @dylanstenson

"Within a fortnight of me coming to terms with missing out on Tokyo, it was announced that the Olympics would be postponed.

"That came as a relief for me, as it gave me an extra year to try and qualify," she said.

Stenson says that one of the best parts of being an athlete mum is the new Olympic and athlete parenting community she has around her.

“I remember Anna Meares and Sally Pearson announced their pregnancies towards the end of mine and even talking about it now, I still get goosebumps all over,” she said.

“We’ve all been communicating and there’s this new level of respect and understanding.

“The day that I gave birth to Billy, Steve Hooker messaged me congratulations and told me that they’d just had their son, Jackson the same day. 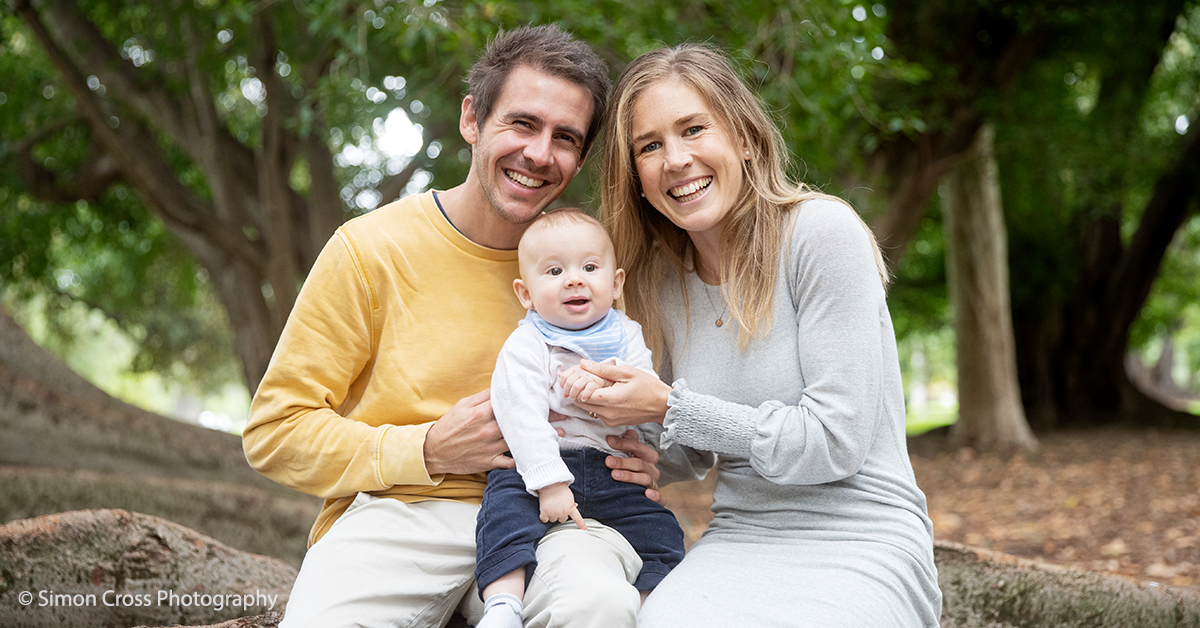 "Victoria Mitchell had a little girl the day before us and Matthew Dellavedova, Libby Trickett and Eloise Wellings all had babies in the same week," she said.

“There were five or six Olympians all within a week of each other and that just made the experience so cool because it created this special little community where we are all going through the same phases together.”

Stenson says the biggest change over the last few years is that women no longer need to choose between being an athlete or being a mum.

“I feel grateful that I was pregnant and an athlete in this era because even five or even two years ago it might have looked very different.

“A lot has happened in the last couple of years for women in sport and women in business around pregnancy and I think it prompted organizations like Athletics Australia to re-evaluate their policies," she explained.

I had my first little taste of track racing as a Mum & a Stenson last night! I loved it and am excited for more 😃🧡 @synergyleagueathletics . . 🤱🏻: @amycure 📸: @athletics_sa

“Previously I don't think many women would have thought they could continue their sporting careers after having children, but increasingly now with endurance sports becoming more dominant for women, there are lots of females wanting to incorporate motherhood into their careers.

“Women were only able to run marathons at the Olympics from 1984 onwards, so it’s taken us another couple of decades to get to where we are now, and Australia has such incredible depth and quality.

“We’re seeing women who have a couple of children and are into their 40’s still competing at a high level.
“People are starting to see how strong mums can be, both physically and mentally,” Stenson said.

“There are the physiological changes that occur throughout pregnancy and motherhood but more so, your whole perspective on life changes, the way you view sport and its role in your life changes and taking the pressure off can be positive, in a way.

If you’re looking for a variety of ways to keep moving at home, I highly recommend downloading the free @asics_studio App & following @asicsaustralia 😅💙. Here are some snippets of what I’ve been doing lately ~ the kneeling lean back is a favourite & the burn is only becoming more intense as Billy is getting bigger! 👶🏼💪🏽 . . #asics #asicsaustralia #soundmindsoundbody #exercise #inspiration #running #crosstraining #strength #yoga #mindfulness

Stenson said she received overwhelming support from both her federation and her sponsors.

"ASICS were fantastic, they congratulated me and said they'd love to support me in my new goal even though the process looked a bit different," she said.

"Athletics Australia and the sports institute provided support and access to the gym, exercise physiology and nutrition services which was great."

A role model for women and mums herself, Trengove says the mum she most admires is her own, Deb, along with her sister, Abbie.

So much ❤️ today, tomorrow & every day @debtrengove 😘 ... Also plenty of love for your jumpsuit and kicks! I hope all of the Mothers out there have a special weekend. Xo

“My mum is the most loving person you could imagine, she’s been there for me through it all, just whole-heartedly supporting me and allowing me to be who I want to be and helping me to make that happen,” she shared.

"My sister Abbie is also a mum and a nurse.

"She was there for the c-section and to bring Billy into the world and shes supported me so much throughout both my pregnancy and motherhood experience which I've appreciated so much.

“Both mum and dad have always helped my two siblings and me to make the most of every opportunity and to evolve and let our own individual personalities flourish.

“Mum’s very driven and has always been a go-getter and I really admire the way she loves doing things for other people.

“Family is her number one and I really hope that I can enable Billy to feel as loved as I’ve always felt.”