THE KOOKABURRAS will play for the gold medal after an outstanding 3-1 victory over European powerhouse Germany.

The win puts the Kookaburras in contention to claim their first Olympic Gold Medal since 2004, and just second overall.

The Kookaburras will take on Rio Olympic silver medallists Belgium on Thursday (8pm AEST) at Oi Stadium in a much-awaited match-up between the world's top two ranked hockey nations.

Belgium secured their place in the Olympic Final defeating India 5-2 in an encounter which showcased their exceptional finesse and skill in the goal circle.

But the Kookaburras will hold no fear of the in from Belgians. Head Coach Colin Batch said the Kookaburras were ready to face their greatest test after outclassing Germany with commitment, composure and confidence.

"Germany are a very hard and experienced team, they are very good in these situations so for us perform like that tonight will hold us in good stead for the Final," Batch said.

"At the review after our quarter final the guys said they were a bit nervous, the threat of losing that match and being out of the tournament was there, but tonight they felt freer to play." 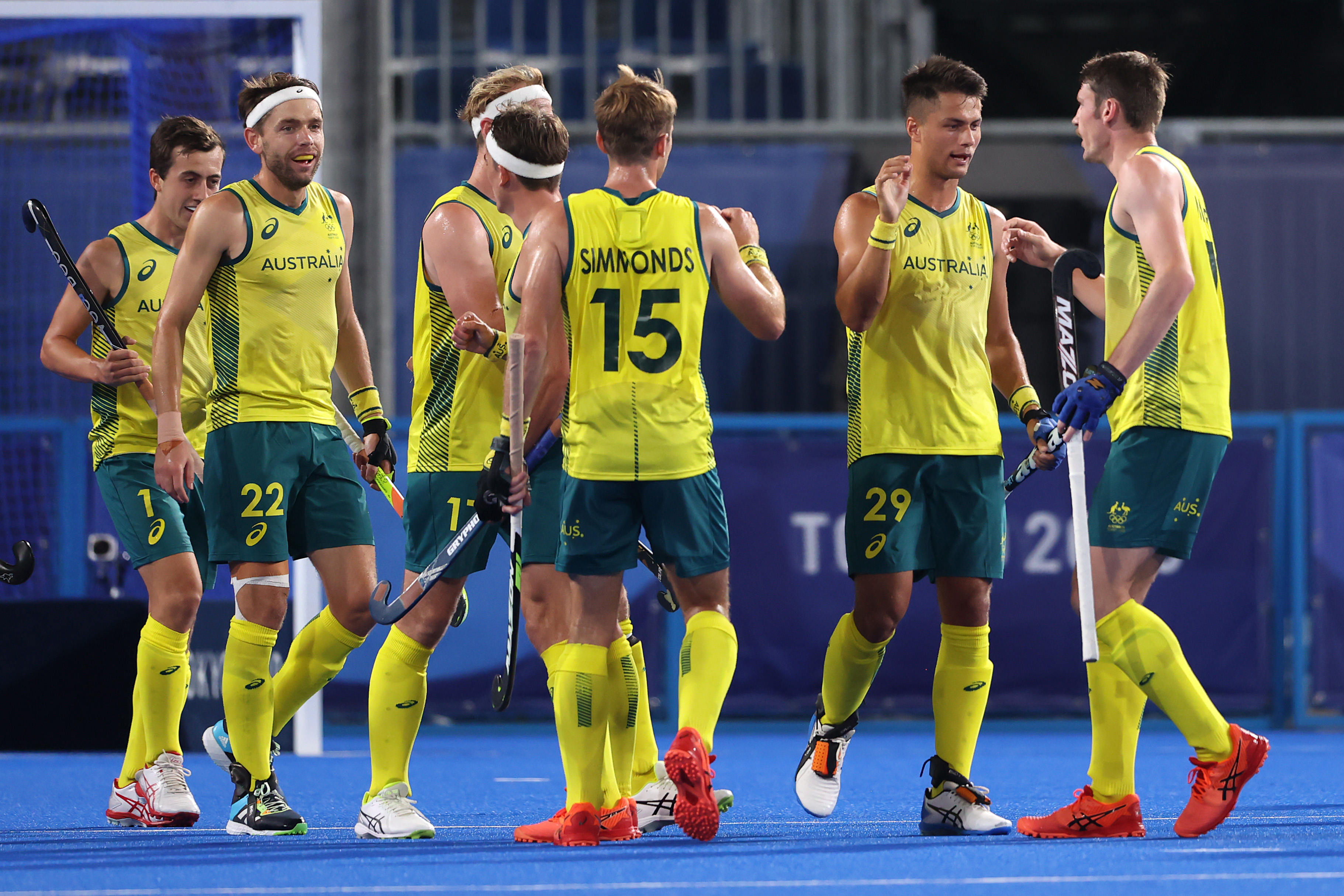 "We are learning all the time, for many of the players they haven't gone through this pressure situation.

"We keep improving and to experience that tonight against a good German side that has improved enormously in the last 12 months, is a great credit."

In addition to reaching the gold medal match, the win against Germany also capped a glorious night for Kookaburras co-captain Aran Zalewski who celebrated his 200th international.

"I will probably look back later in my career and look fondly on this night. At the time I didn't think too much about it, there are bigger things at play with the semi-final of the Olympic Games," Zalewski said.

"It was a full collective effort today, we finished our chances and denied them as best we could – we're really happy with that result.

"Just to know that we can do it, play scrappy when we have to. Not every game is going to go your way, when you are leading it seems to be the pressure is on you and the other team has nothing to lose so they come at you.

"The boys held really strong – it was great to get the result we wanted tonight." 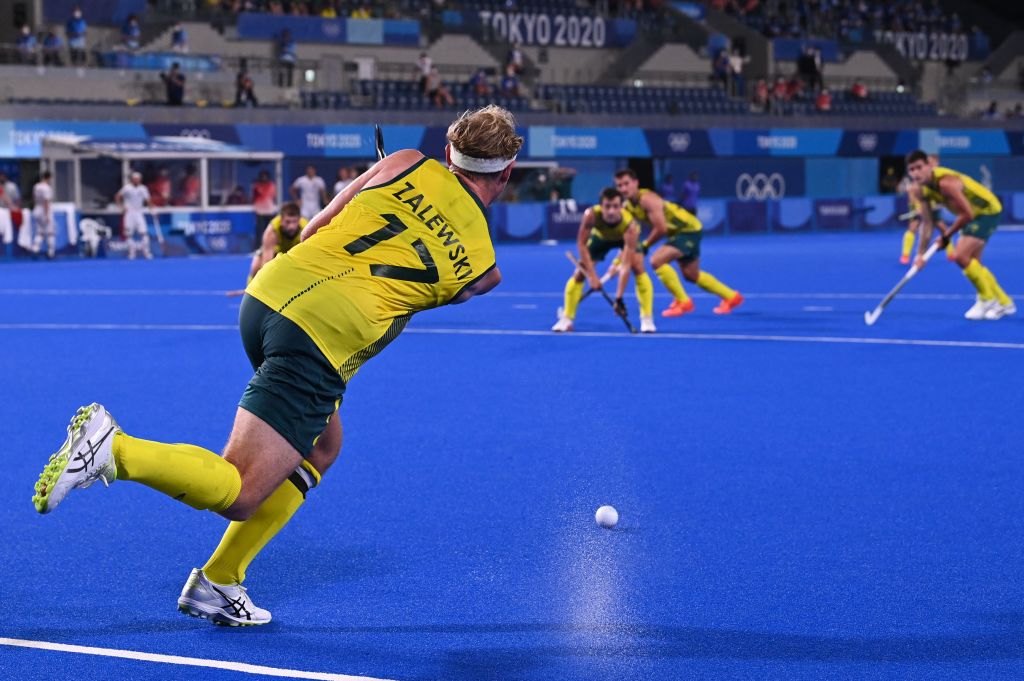 Australia dominated early and had a dream start when Flynn Ogilvie hammered an aerial ball from Blake Govers towards goal and Tim Brand was perfectly positioned at the back post to touch the ball in. The goal was Brand's fifth of the tournament.

An infringement five metres from the circle then saw the Germans awarded a penalty corner, which was expertly converted by drag flick specialist Lukas Windfeder to make it 1-1 after 10 minutes.

Four shots on goal in four minutes by Govers, Ogilvie and Jake Whetton signalled the Kookaburras' onslaught, but 21-year-old German goalkeeper Alex Stadler showed poise and maturity to keep them out.

At the other end Kookaburras goalkeeper Andrew Charter was tenacious under pressure to defend three penalty corners before Govers helped his side take the lead, converting a drag flick in the 27th minute.

The goal was Govers' seventh from seven matches to have him as the second highest scorer of the tournament. 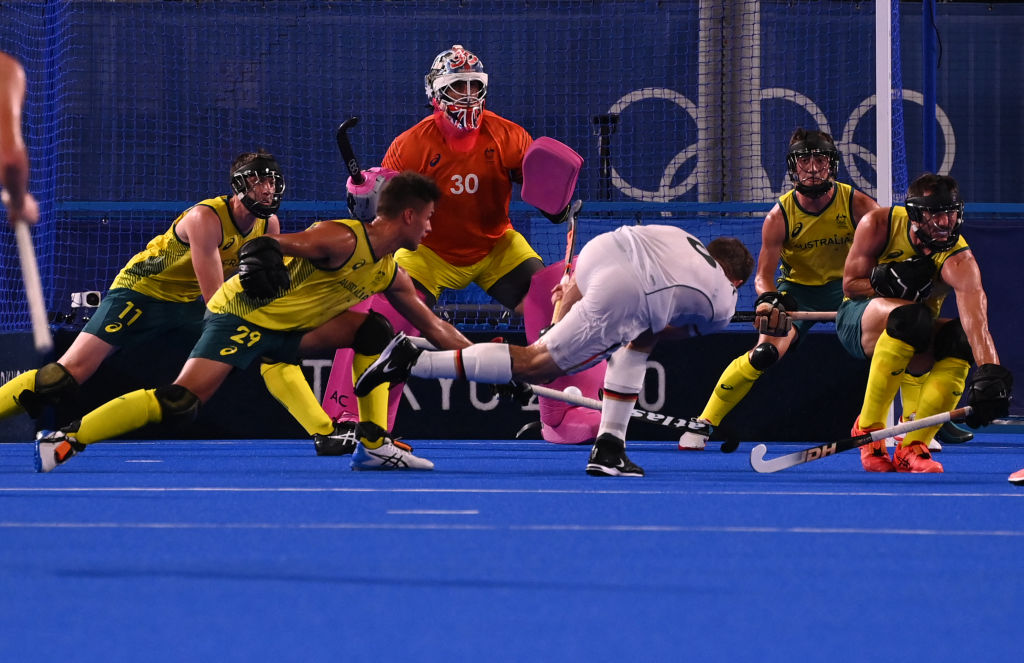 Germany dominated the Kookaburras' circle in the final quarter, but unable to convert, they withdrew goalkeeper Stadler in the final three minutes leaving an open goal for Sharp who teamed up with Wickham to score into an open net with a minute remaining.

The Kookaburras now turn their focus to Thursday's Gold Medal Match knowing they have all of Australia behind them.