HOCKEY: THE Kookaburras' kept their gold medal hopes alive defeating European champions the Netherlands 3-0 in a heart-stopping penalty shoot-out to secure their place in the Olympic semi-finals at Oi Hockey Stadium.

Ironically, it was Dutch-born Aussie superstar Tim Brand who kept the world number one team in contention setting up his side's two goals for scorer Tom Wickham and sealing victory after teammates Blake Govers and Flynn Ogilvie scored in the shootout.

Outstanding goal keeping saw two-time Olympian Andrew Charter save seven from nine field attempts and deny all three Dutchman in the do-or-die shootout competition. The shoot-out was held after both teams finished 2-2 at full time.

The Kookaburras will head to the semi-finals against Germany with eyes set firmly on the podium to settle some unfinished business after bowing out in the quarters at the Rio Olympics Games.

"Credit to both sides…it's very demanding, it's the Olympics, it's the challenge that we wanted, and we are very pleased with the outcome," he said.

"We are already one step further than the Rio campaign, so we are really pleased to get into the semi-final.

"Many of the guys will be experiencing the semis for the first time. Eddie Ockenden has done everything in his career, and he is so driven and hungry for the next thing, so he is a real driver in our group, as is Aran Zalewski.

"We feed off each other; we pride ourselves on going out there and performing well. We know the semi-final will be another step up against Germany and we have to be on top of it."

Brand, who is the sixth top goal scorer in the Olympic tournament, relished the victory against his hockey-mad birth nation, assuring supporters his Dutch father was wearing green and gold. 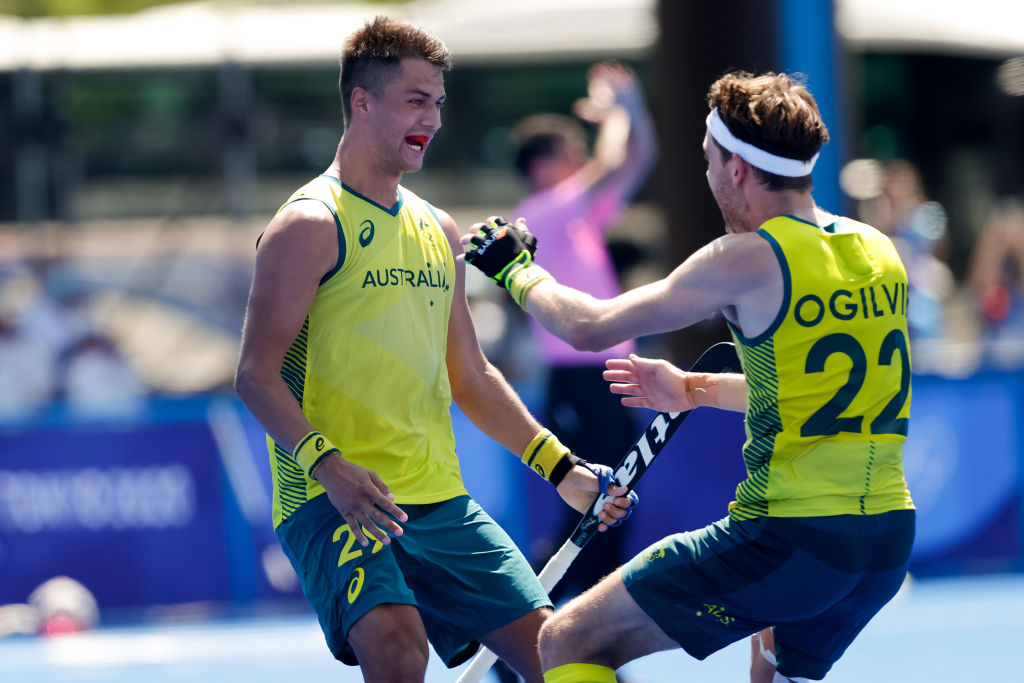 "It's always cool to play the Netherlands and on a big occasion like this was pretty special," said Brand, who began his hockey career with Ryde-Hunters Hill Hockey Club in Sydney's north.

"It's absolutely amazing to be in the semi-finals of an Olympics.

"I don't think it was our best game, but a win is a win; we grinded for that one.

"We've been practice shoots-out since the World Cup two years ago…so to get a win here was very pleasing. We are keen for the next one."

In what has been the most challenging match of the tournament, the Dutch put pressure on from the opening whistle with Charter stepping up to make three saves, two from penalty corners by drag flick specialist Jip Janssen, to stave off an early onslaught.

Australia had their own opportunities from two penalty corners six minutes into the match, but sharpshooter Govers was unable to beat veteran goalie Pirmin Blaak on both occasions.

Brand proved relentless in attack driving the back line twice before combining with Wickham in the 13th minute who flicked the ball in to give the Aussies a 1-0 lead.

The goal was the fourth of the Tokyo campaign for Wickham, who was a late addition to the team after the IOC expanded team size due to the impact of the Covid-19 pandemic.

Five penalty corners signalled the intentions of the proud Dutch side in the opening quarter but commitment by Charter and the Aussie defenders kept them at bay. 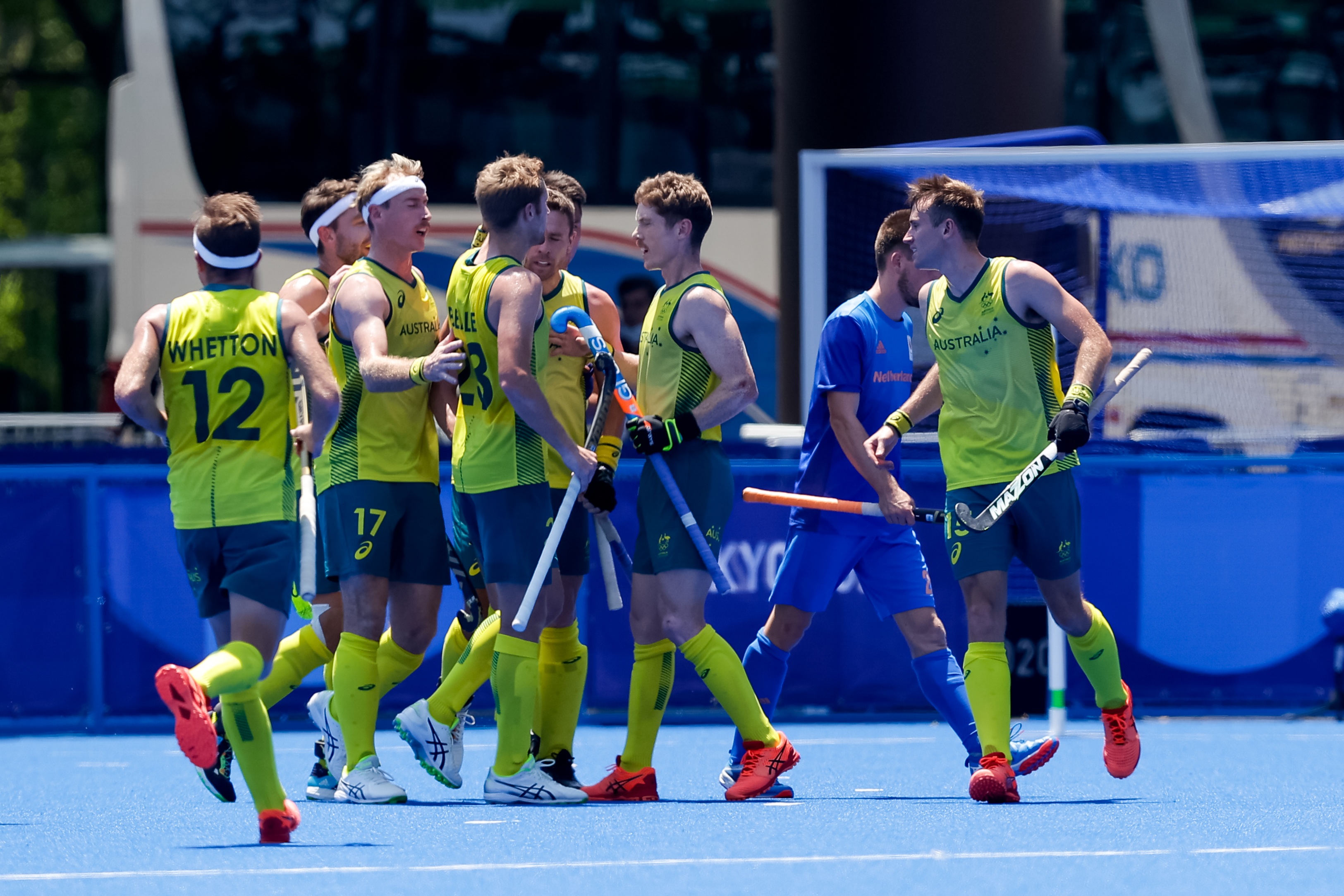 The Kookaburras had another chance early in the second quarter through a penalty corner but Jeremy Hayward was unable to capitalise with Blaak stamping his authority in the goal circle.

Outstanding leadership by co-captain Ockenden kept the Kookaburras steady in defence with Jake Whetton, Lachi Sharp and Brand hard-working in attack but without success leaving the score 1-0 at the half time break.

A controversial umpiring call in the opening minute of the second half – the Australians choosing not to use their referral to dispute the decision – saw Mink van der Weerden convert from what was their sixth penalty corner to level the scores.

Wickham stood up again after a sideline run from playmaker Brand slammed the ball into the circle to notch his second in the 38th minute of the match and regain a 2-1 lead. 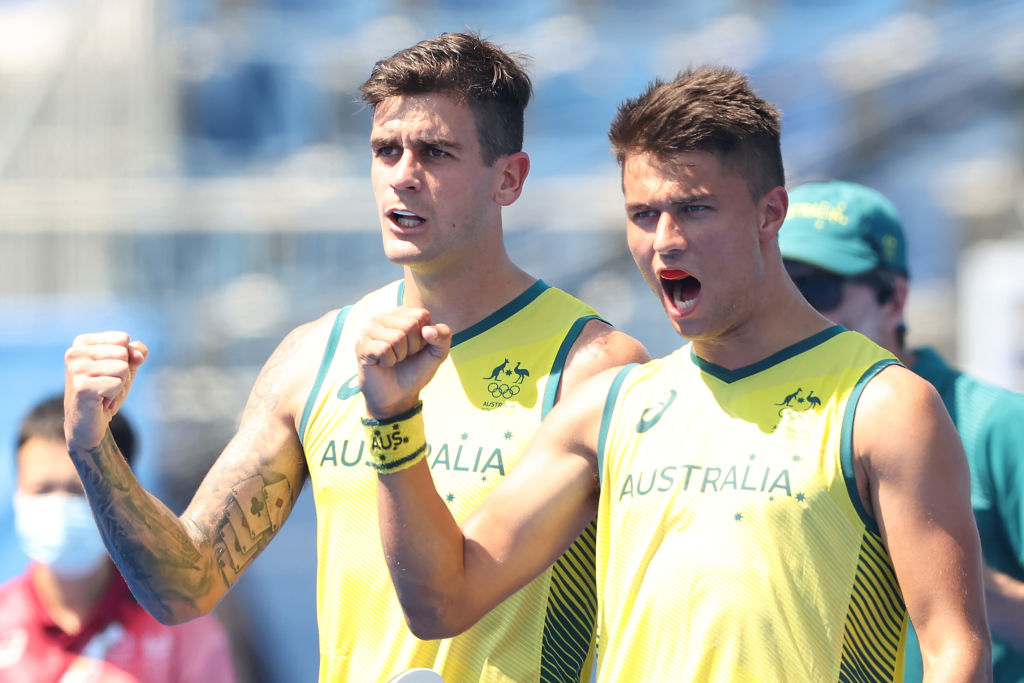 Australia owned the ball with 53 per cent possession in the third quarter but the match statistics, which showed equal circle penetrations (11) for both sides, better reflected the determination of the Dutch attack.

A penalty stroke in the final 10 minutes of the game, awarded as the result of an infringement during an attacking penalty corner, helped the Netherlands to level with veteran with Jeroen Herzberger outclassing Charter.

With the scores level at the full-time siren, the match was forced into penalty flicks, the pressure mounting in what was a remarkable, and nail-bitting playoff.

The Netherlands won the toss with Herzberge opening the shootout, but the seasoned Dutchman failed to beat the in-form Charter in their one-on-one encounter.

Govers responded confidently knocking in a spectacular reverse stick to put the Aussies in front. A shot past the goal from Robbert Kemperman, followed by a rebound of Blaaks pads by Flynn Ogilvie secured a 2-0 lead.

Charter outplayed Jonas de Geus as the Dutch struggled to keep their Olympic hopes alive, but it was Brand who sealed the victory with a reverse stick conversion to claim the matach for the Kookaburras.

Australia will face Germany in the semi-final on Tuesday after they defeated Argentina 3-1 in their quarter final match up.