As a young girl growing up on her family’s property in Busselton, 222 kilometres south of Perth, END_OF_DOCUMENT_TOKEN_TO_BE_REPLACED would idle the hours away riding her Quarterhorse, Lady, and dreaming of becoming an Olympic equestrian rider. Even at such a young age, Coles had developed an inner drive and ambition to excel.

The roadway to success is often littered with potholes and pitfalls, but also with life-defining opportunities which can carve out a new, exciting direction.

When she was aged 15, her grandfather, Ray Worthington, gave her dad, Glenn, a bunch of guns to safely store in his gun safe. Among those was an SKB trap shotgun. Glen decided to attend the local range for a shoot and, soon after, Laura joined him.

“I was awful at it. I was really, really bad,” she recalled. “I had a go at DTL (Down The Line) and I hit three of 25 targets. I think it was the worst I’ve ever seen someone come and start off. But I really liked it. Everyone at the club was very welcoming,” she said.

Regardless of the result, young Laura was hooked and, soon after, she was introduced to skeet shooting. Saddles and stirrups were soon replaced by cartridges and clays.

Despite the change of sport, Coles’ Olympic dreams continued to burn away. She had seen her uncle’s cousin, Fabrice Lapierre, climbed through the ranks as one of the world’s best long jumpers to win a bronze medal at the 2006 Melbourne Commonwealth Games before winning selection for the 2008 Olympic Games in Beijing. A gold medal at the 2010 Commonwealth Games followed.

But being based in Western Australia, a state with limited shooting pedigree, was difficult for Coles. The main competitions and expert coaches were, and continue to be, located on the eastern seaboard requiring regular long and expensive travel costs.

Physically, Coles also appears to be at a disadvantage. Standing a mere 1.57m and weighing less than 50kgs, Coles’ tiny physique would be more familiar in silks in the mounting yards of Ascot, Flemington or Royal Randwick racecourses rather than on the shotgun range lugging a four-kilogram shotgun and firing off an energy-sapping 75 targets at a time under a blazing sun.

But by 2011, Coles had climbed through the ranks and entered the international competition scene when selected to represent Australia at the 2011 Oceania Championships in Sydney where she won the silver medal. Further World Cup meets followed in Sydney and Maribor in Slovenia plus the World Championship in Belgrade, Serbia.

In 2014, Coles won Australian team selection for the 2014 Commonwealth Games in Glasgow and captured the gold medal. 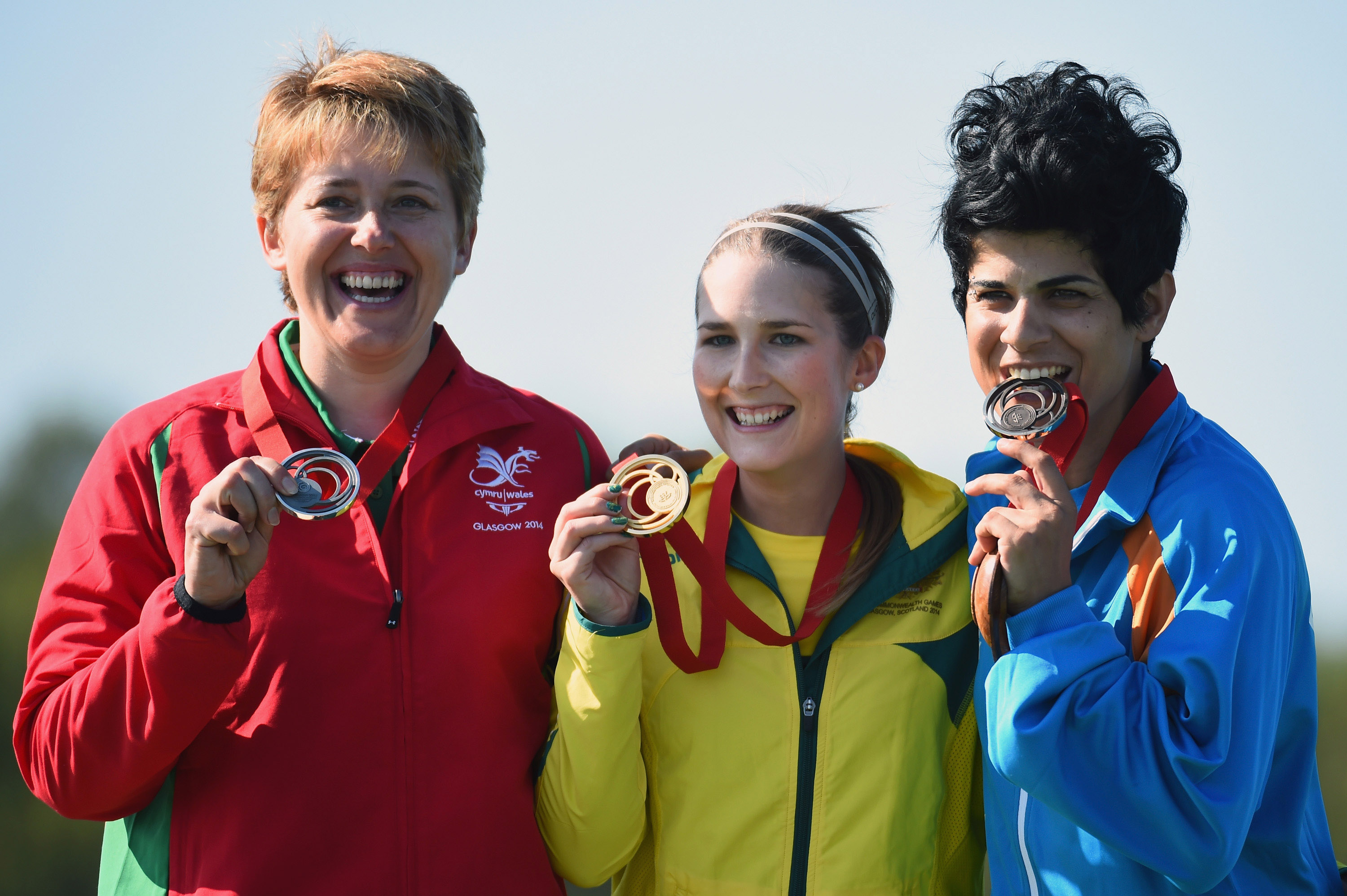 “I had a great run into Glasgow. I had a great year in terms of domestic performance, and everything fell into line going on that pathway to Glasgow and obviously I had a great day on the day as well,” she said.

Although she eventually climbed to the top of the dais, self-doubt quickly filled her mind after missing the target with her first shot.

“I thought ‘oh God, here we go’ and I thought I was going to have a terrible day. I decided, you know what, that’s okay. It’s a wonderful thing just to have made a Commonwealth Games and I’m just going to enjoy this and go with it. And from there on in, it was actually a great experience because I just enjoyed it and obviously the results spoke for itself,” she said.

Two years later, Coles was the favourite to win the sole Australian Olympic team skeet quota position for the 2016 Rio Games but was overlooked for Victoria’s Aislin Jones. Shooting Australia had adopted a “sole discretion” selection policy at that time and a shattered Coles unsuccessfully appealed her non-selection.

With her Olympic dreams in tatters, Coles’ career was at the crossroads. Should she continue to shoot, or unload the shells and walk away?

She didn’t want to live with any regrets, so she dusted herself off and won selection for the 2018 Gold Coast Commonwealth Games but didn’t qualify for the final.

“I never wanted my disappointments or my lows to define my career,” she said. “If I was to stop shooting, I would want to stop it for the right reasons. I didn’t want to look back and think what if I kept going, could I have done this. That’s why I kept going.”

“It took me quite a few years to get over that (Rio) disappointment. I don’t think I was quite over it by the time of the Commonwealth Games on the Gold Coast. I think that really showed in my performance,” she added.

For the Tokyo Olympics, Shooting Australia’s selection policy changed where the athlete who topped the four-event nomination series would be automatically nominated to the Australian Olympic Committee for selection.

So this stuff turned up today. Better late than never. Making an Olympic team is a dream come true. I told my mum when I was 5 years old that I wanted to go to the Olympics. I actually thought that this would be in equestrian but when my grandfather gave a shotgun to my dad that all changed. I started shooting American Skeet and had success at state and national levels and then I decided to give ISSF Skeet a go. Lots of people told me that I shouldn’t do it. I would ruin my American Skeet and besides it was too hard to be successful when you live in Western Australia and I was too small. There was so many reasons why I couldn’t or shouldn’t do it. I’m so glad I didn’t let my failures define me and so thankful for everyone who has helped me get this far in my journey especially Nick who has been my rock and I couldn’t have done this without him ❤️. Thanks to my Perazzi family (Mauro Perazzi, Filippo Petriella) for sticking with me through good times and bad. Great things happen to those who don’t give up. #ausolympicteam #tokyotogether #happicoat #olympicdream #tokyo2020 #tokyo2020ne #perazzi #perazzihightech

“When I first saw that criteria, in some ways I was incredibly relieved and in others I felt a lot of pressure. There was really nothing to hide behind. You either had to be the highest scorer or you weren’t going,” she said.

“I was incredibly nervous throughout the series. I remember having problems sleeping, I remember having bad dreams about missing targets, I think I nearly threw myself out of bed trying to hit targets in my sleep, so I definitely felt the pressure. The pressure was on the whole way through right up until the very last shot of qualifying.”

Apart from the change of Olympic selection criteria, there were two other defining moments.

Her training partner, Nick Melanko, took on a coaching role and is now her fiancé and they are to be married in November.

“He’s my coach. He’s my rock. He has been really a pillar of strength for me and I think he’s made such a big difference with my performance. He’s the massage therapist, he’s the psychologist, he’s the shoulder to cry on – everything wrapped up in the one person,” she said.

The other key step was the manufacturing of her custom-made Perazzi gun to suit her size. 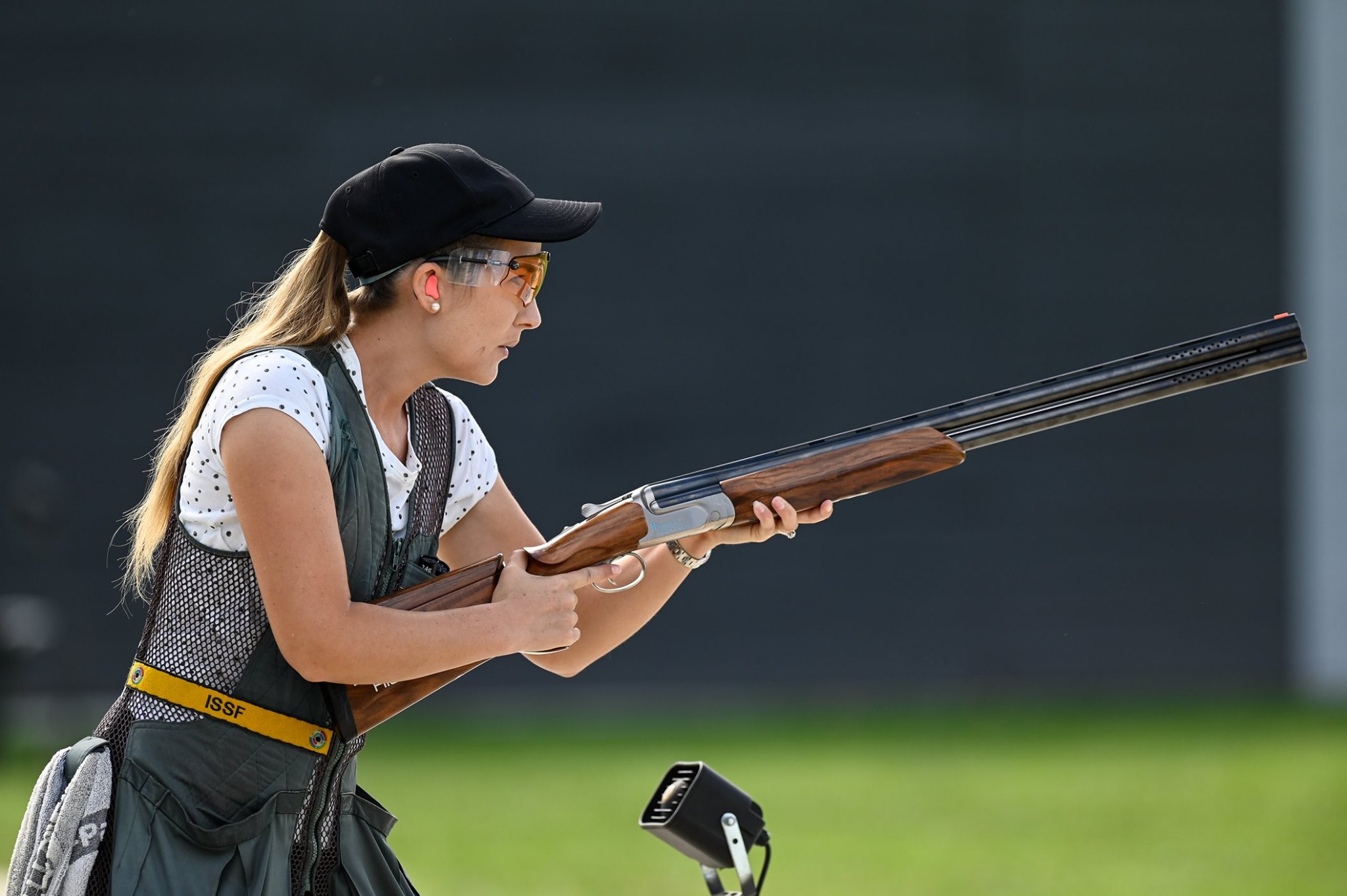 “It’s light enough for me to handle, it recoils very little. Without that piece of equipment, I don’t think I could perform as well as I have,” she said.

The enforced COVID-19 break from shooting has seen Coles itching to return to the range. Apart from shooting being her sport, her Hot Shots Shooting business in Whiteman Park in Perth is also her occupation.

“It’s lot of fun being able to introduce people to a sport that I love. I think it taught me a lot about shooting and the way that we learn and our psychology when it comes to executing that type of skill,” she said.

Now, with social restrictions gradually being lifted and her mind at ease following her Tokyo selection, life is slowly returning to normal and a little girl’s Olympic dreams are now just 14 months away from being fully realised.

Written by Greg Campbell for Shooting Australia's 'In Sight' series