Minjee Lee says she is in "the best place I've been in terms of golf" as she prepares for her second Olympics in the Australian green and gold.

The 25-year-old Perth star will lead the Australian team as the women's golf competition begins at Kasumigaseki Country Club tomorrow alongside another Western Australian, Hannah Green.

Lee, who has risen to world No. 7 after winning her first major, the Evian Championship in France a little more than a week ago, said the experience of catching up with the men's team on Sunday night had put both her and Green in the Olympic spirit.

The Australian men - Cam Smith and Marc Leishman - had dinner with the women on Sunday before flying back to the United States on Monday morning.  They rarely cross paths. 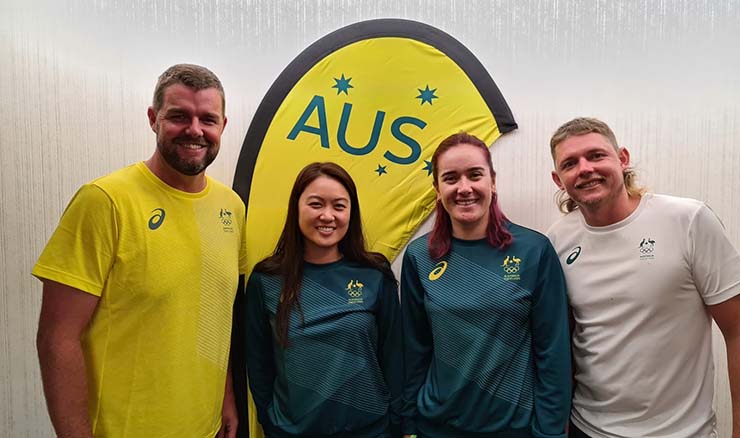 "That was a fun experience," said Lee today. "Cam and Leish, they're so funny, so, no, it was just really nice for all the Aussie team to be together."

Green, who has spent the past five weeks in Australia with family and friends, said it was a pressure release for the players. "I think that all of us kind of needed it, got us all in the spirit and Cam and Leish haven't been to Australia in 18 months or so, so I think for them to have a room full of Australians really helped them and they have obviously got a big event again this week at the WGC (World Golf Championship), so yeah, I think it was fair dinkum for all of us."

"You know, I just think that with the Olympics I think you need to get off to a fast start. For some reason I feel like last time in Rio I sort of just like slowly built up until the last round. So hopefully this time around I can start off with a good score and then just kind of build on from there." 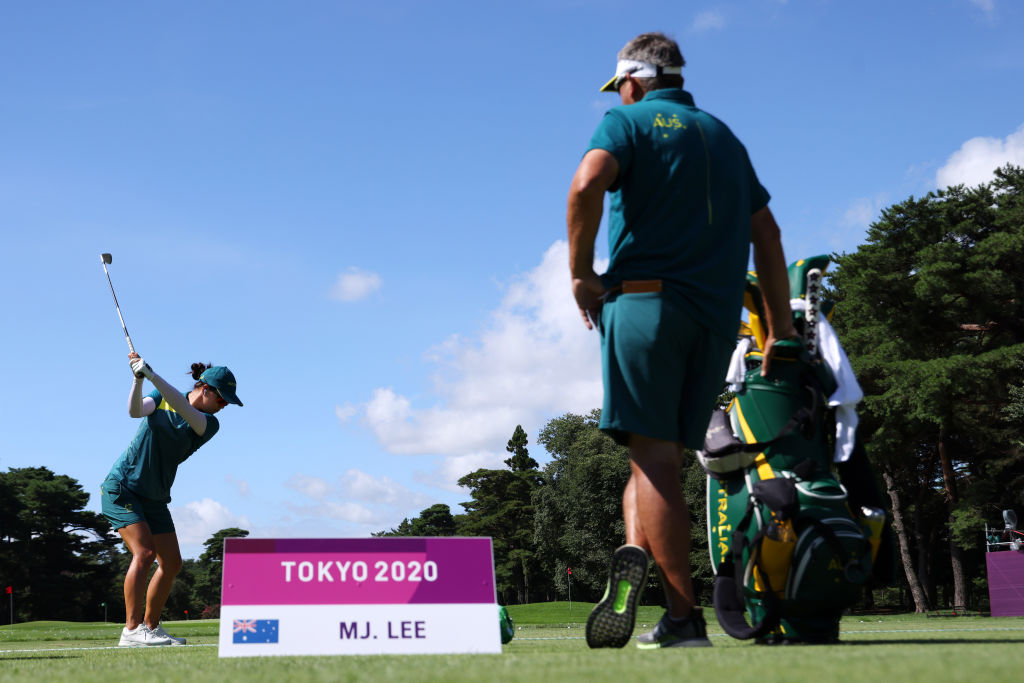 As for Green, who tees off at 11.36am (AEST), she is uncertain about her form after taking such a long break.

"I guess that's probably the hardest thing, I had two weeks in a hotel and so about two and a half weeks back in my hometown, Perth. And unfortunately I didn't get to play at all while I was home because the weather was so bad, which is something I didn't really factor in as we are usually pretty lucky in Australia.

"So in the five weeks we have had winners on PGA Tour, European Tour, LPGA, so seeing everyone win really motivated me and I wanted to get back out here as soon as possibly. So it's been nice. Kind of felt like an off-season almost coming back and seeing everyone again. So I'm definitely motivated and I hope that I haven't collected too much rust in these past five weeks but we'll see what happens."

DO I NEED TO KNOW ANYTHING ABOUT GOLF?

No. Everyone is welcome!

DO I NEED TO BRING ANY EQUIPMENT?

If you have a favourite or lucky club that you want to bring along, we encourage that. Otherwise the facility will have equipment for you to use.

All the available opportunities are just a click away. Just jump online and search your local area for a program.

Ready to Have A Go at Golf?