Australia's men's team pursuit is set to race for bronze on Wednesday after bravely bouncing back from a day one crash to qualify for the medal rounds.

Alex Porter - who crashed in qualifying on Monday when the handlebars snapped on the bike he was riding - was rested on Tuesday and replaced by Luke Plapp who joined Leigh Howard, Kelland O'Brien and Sam Welsford.

They rode an Olympic Record 3mins 44.90secs against Switzerland which was enough to secure them a tilt at a bronze medal against New Zealand on Wednesday.

Italy will race world champions Denmark for gold after the Danish team survived a crash with Great Britain in their heat.

"That was a long three minutes and 44 seconds, but it's obviously been an interesting 24 hours for us as a team and I think it says a lot about who we are as a nation and a team to bounce back from yesterday," O'Brien said.

"This is sport, this is bike racing, it's just the way it goes and even more so at the Olympics it throws curveballs at you that no other competition would and we wouldn't want it any other way.

"Every country is in tip-top shape this year, we came back and gave it everything today and fought a long hard five years for this and it means a lot just to get the opportunity to put a good ride together."

The men's team sprint has again narrowly missed the podium after finishing fourth at the fourth Olympics in a row going back to 2008 in Beijing.

Matthew Richardson, Nathan Hart and Matthew Glaetzer produced a blistering ride in qualifying to post the third fastest time in 42.37secs, then faced the Russian Olympic Committee in their next round where they won by 0.8 of a second. 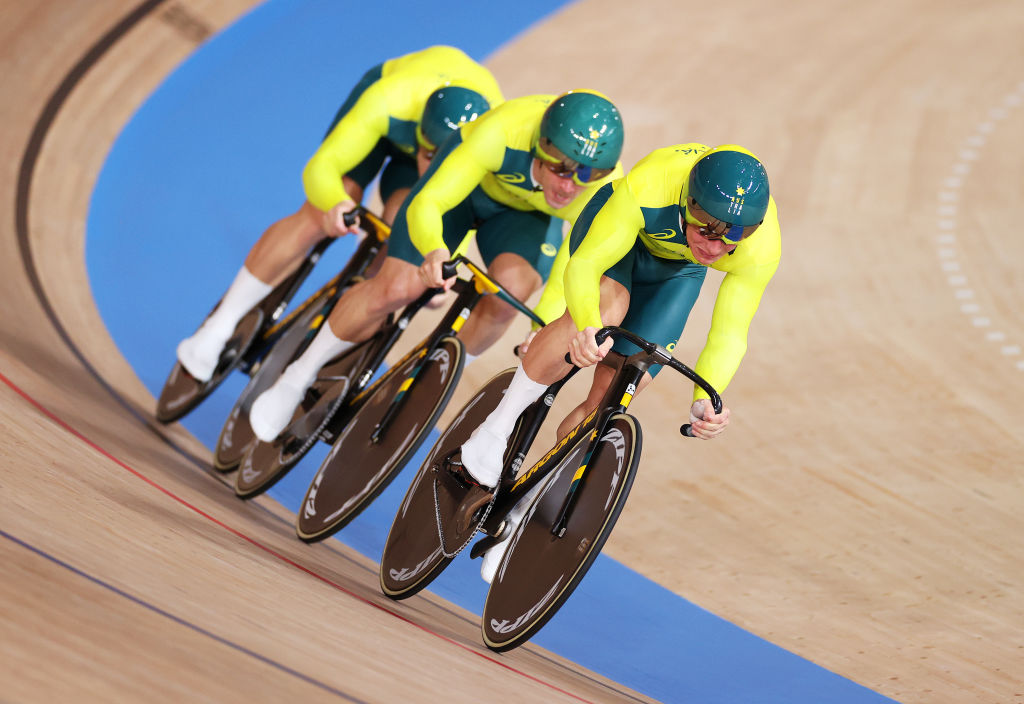 In the race for bronze against France, the French proved too strong with a time of 42.33secs almost 1.7secs quicker than the Australian trio.

"It's a tough one for sure, we came here with the hopes of winning a medal and sometimes you have days like this in sport," Richardson said.

"We gave it our all and it is what it is. We executed how we wanted with two really fast rides, we were trying to execute the same in the third one and obviously not to be but that was the plan.

"You feel for your teammates and you want them to achieve their goals as well but ultimately we're all focused on our own task and getting it done."

The Netherlands took gold against Great Britain in the final while France won bronze.

The women's team pursuit finished fifth after beating Italy in their final race of the competition.

Maeve Plouffe came in for Alex Manly and joined Georgia Baker, Ashlee Ankudinoff and Annette Edmondson and they defeated New Zealand in their first heat in a time of 4mins 9.99secs.

Although out of medal contention they backed up with a time of 4mins 11.04secs against Italy in the race between fifth and sixth as Germany beat Great Britain with a World Record ride of 4mins 4.24secs in their final. 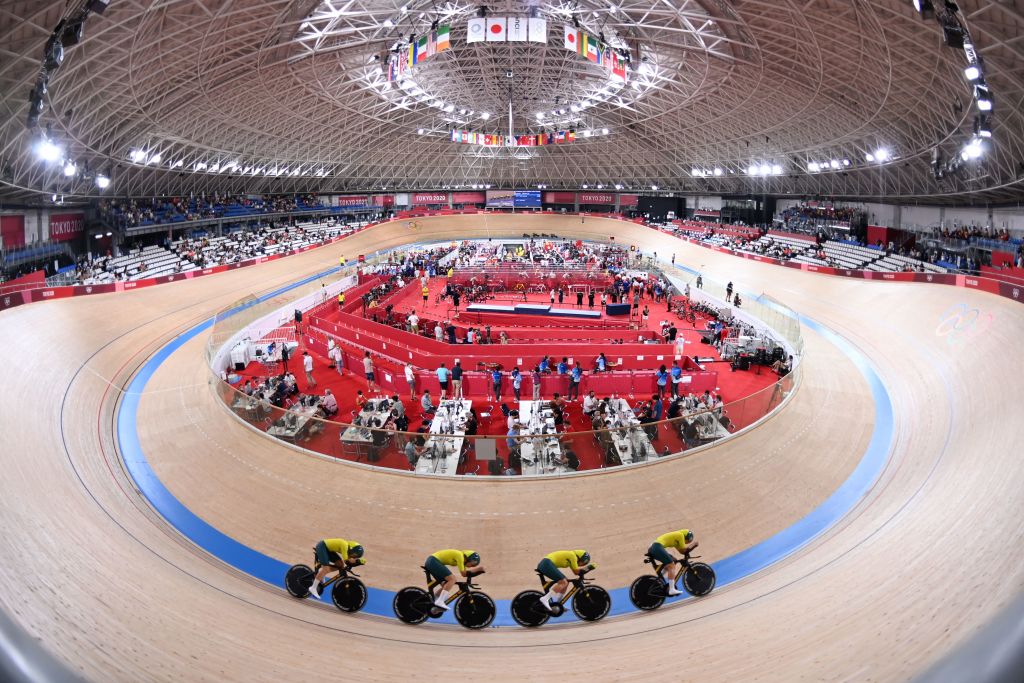 "We just didn't have it, in the lead up we had no injuries, no sickness or anything and unfortunately in this event you have to be the best on the day and we have no excuses, we were just beaten by better teams," Ankudinoff said.

"We left our disappointment from yesterday's ride in the track, today was a new day, we got up and were 'rightyo, we know we're capable of going under 4:10' and we are very happy, and to only miss out on a bronze medal ride by 0.7 of a second that's the best we could do."

Edmondson said she was bitterly disappointed to finish fifth in Rio but the past year had taught them to put things into perspective which is why they could look at the same result differently in Tokyo.

"We were training for it and were on track and believed we had what it took, but just didn't put it together on the day," she said.

"We are proud we gave it absolutely everything, it just didn't happen, the other teams were just better than us here and we have to be proud of our fifth place.

"The last 16 months have helped put things into perspective and we've really enjoyed the journey. We've come in with a grounding and an understanding and our performance does not reflect who we are as people, we're just doing our best and we wanted the gold so badly, but it wasn't to be and we're going to have to keep chipping away and try again."