In its Olympic debut, Sport Climbing gave international viewers a show. The men's qualifying round involved three disciplines, speed, bouldering, and lead, with the best of the best showing us all exactly why.

The ability to combine arms and legs in these kinds of motions is something to behold. Climbing a slanted 15m wall in under 7 seconds – a feat mere mortals could dream of. That's exactly what Australia's Tom O'Halloran did in tonight's inaugural session of Sport Climbing at the Tokyo Olympics.

Getting underway in incredibly hot and humid conditions, 20 of the world's top Sport Climbers showed what they were made of at the Aomi Urban Sports Venue. With rankings changing right up until the very end it was anyone's game.

First up was the speed discipline, which saw climbers go head-to-head trying to fly up the wall and hit the clock at the top.

The World Record for this discipline, a shockingly quick 5.2seconds, came under threat in the early stages, with climbers clocking times milliseconds away.

Proudly walking out in the green and gold the 29-year-old gave it his all, competing in tough conditions with 75% humidity.

With two attempts at the run, O'Halloran was 13th at the end of the first round of runs with a 7.34 and after an unfortunate slip in the second, a 12.20 put him in 17th place.

The second discipline bouldering, done on a 4.5-metre wall with no harness, saw impressive, explosive, and athletic moves across the board. The idea is to put both hands on the top ‘hold' and successfully complete the ‘problem' with whoever gets the most problems solved, winning. 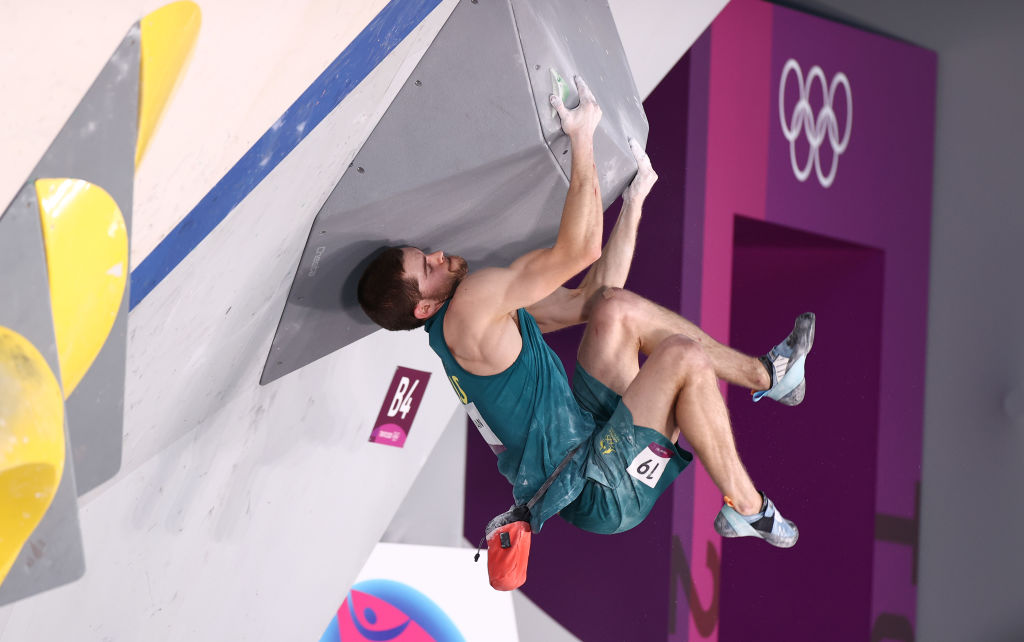 With four problems to solve and five minutes to attempt each, it was a true test of ability.

The first problem sat on a five-degree gradient and the final on a 35-degree overhanging slant, the climbers had to use creativity, spatial awareness, and problem-solving skills in this element.

Slick flat surfaces and tiny holds combined with high humidity potentially did not provide optimal conditions for grip the athletes desired. Unfortunately, the Aussie was unable to get any zones or a top throughout the four problems.

Moving onto the final portion of the night's competition, lead (O'Halloran's speciality), the Aussie team in the crowd watched with bated breath as the NSW athlete began his final attempt at making the all-important top eight required to qualify for Thursday's final. 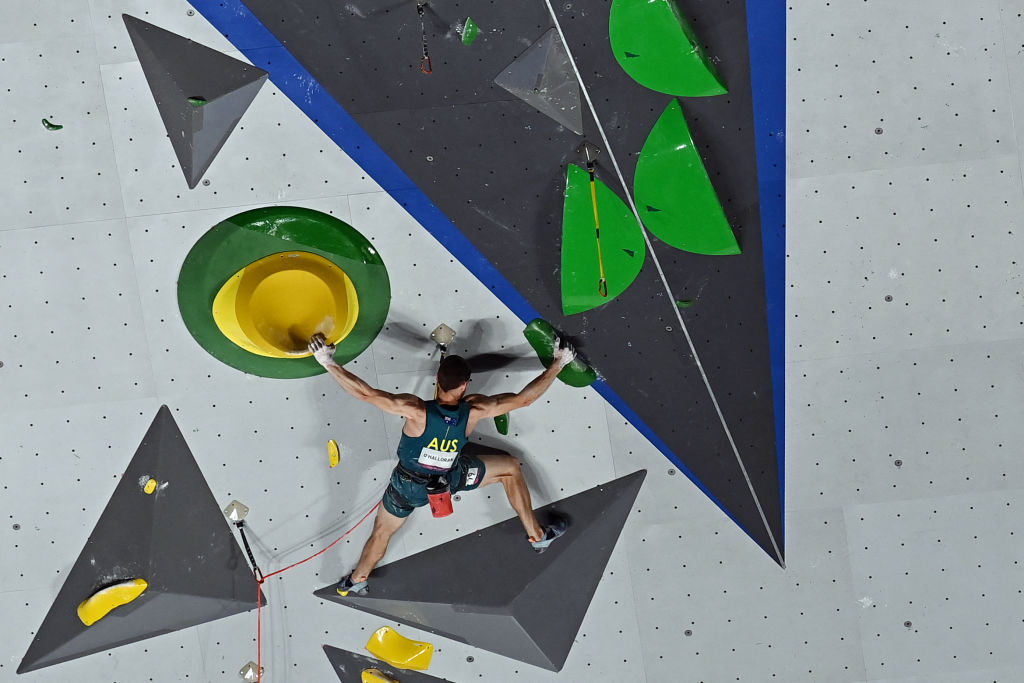 Moving swiftly up the 15m wall with zig zag movements, O'Halloran was able to reach the 25% incline point, twisting with a final leap before falling off the wall after touching 25 markers.

At the end of the final element, the Olympic debutant finished in 20th place, meaning he will not move through to the final.

Regardless of outcome O'Halloran was thrilled at the opportunity to compete at the Games.

"The thing that I wanted to do was just enjoy this experience. It's the first time and maybe the only time I'll come through the Olympics and if you can't enjoy it, then it was a waste of time. And I definitely did."

Australia's Sport Climbing campaign continues tomorrow evening with the women's event. 20 women will tackle the three disciplines with hopes of making a top eight place and securing a spot in Friday's final.

19-year-old Oceana Mackenzie will represent the green and gold when competition kicks off at 6:00pm AEST on Wednesday 4 August.

DO I NEED TO BE STRONG?

Anyone can participate in Sport Climbing, there are climbs at all levels of difficulty and it is just as much fun for a beginner.

WHERE DO I START?

Give it a try by finding a gym END_OF_DOCUMENT_TOKEN_TO_BE_REPLACED  and you might even want to try out a comp.

WHAT EQUIPMENT DO I NEED?

Ready to Have A Go at Sport Climbing?