"My name is Paul Fleming, I am a first nation Australian man from Wakka Wakka Wanyurr Majay, Yuggera country.

I would like to acknowledge the traditional owners across all of Australia.

I would like to pay my respects to our ancestors that have passed, the Elders of present and the leaders of the future." 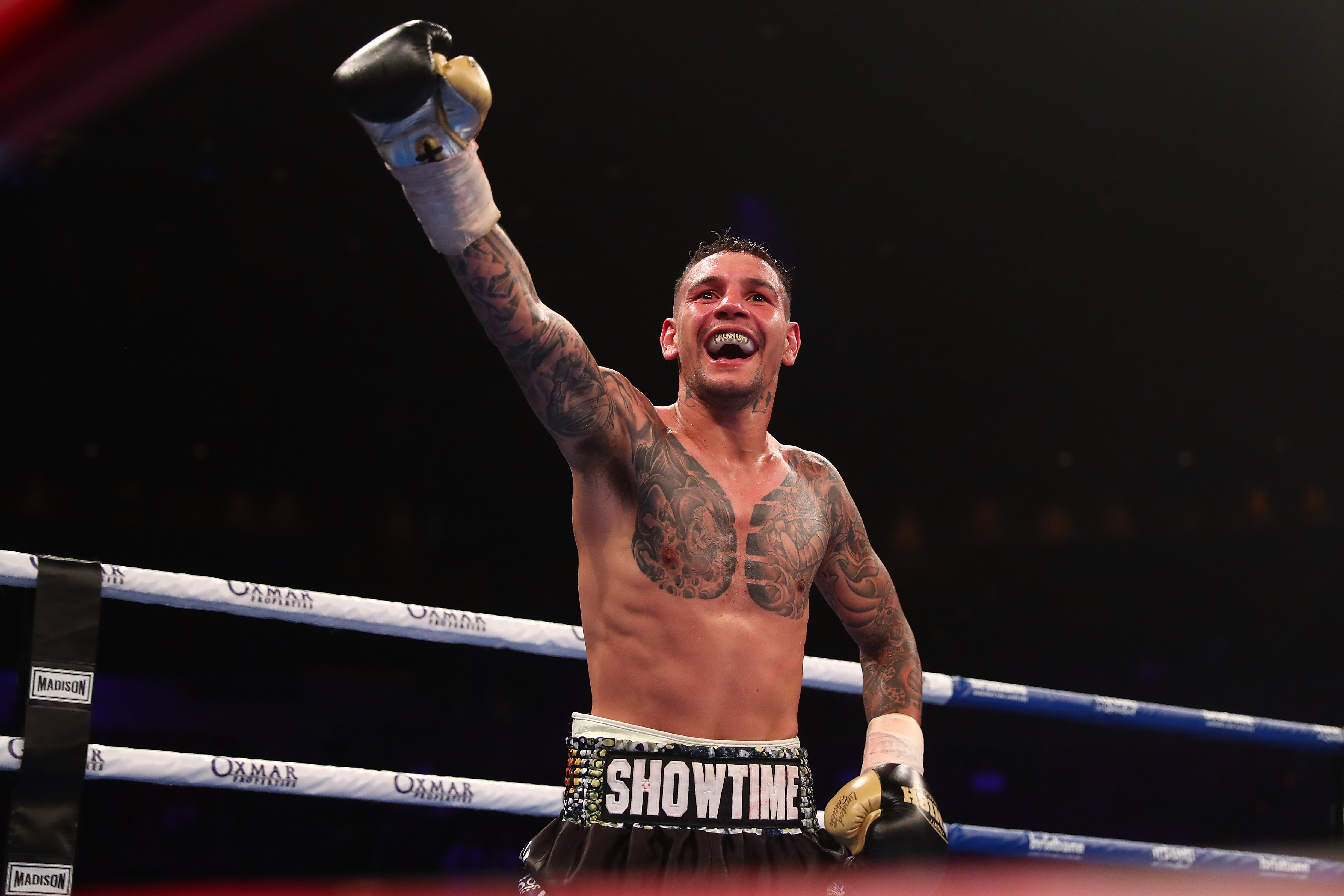 Indigenous Australian boxer END_OF_DOCUMENT_TOKEN_TO_BE_REPLACED took up Aboriginal art a year and a half ago, after ‘not having an artistic bone in his body.'

Now, the Beijing 2008 Olympian has been commissioned by the AOC to put together two pieces of art for the Olympic Team and wants to use his newfound skills to encourage the next generation to stay close to their roots and be proud of who they are.

"With both designs I went with green and gold, because they're the Australian colours," Fleming stated of his AOC commissioned artworks.

Just finished this small piece for the AOC (Australia Olympics Committee) to be used on towels for the 2020 Australian Olympic team. Happy with how it turned out. It was touch and go there for a bit but managed to pull it off hahaha #dotpainting #aboriginalart #indigenousart

"The first piece represents the journey and it's one that also represented my own.

"The journey to making the Olympic Games was a long one with many bumps in the road. It's never just given to you, everyone needs to go out there and work really hard to earn it," he explained.

"I moved away from home when I was 16 and sacrificed a lot. The rest of my teenage years, into early adulthood were dedicated to making the Olympics and that's time you can never get back.

"You need to have inner strength and willpower to push through all of the obstacles in reaching your goals and I still call on those lessons later in my life, just being proud of everything I had to overcome to get to the Olympics.

"In that artwork, the Olympic Rings are in the centre, but the story is more about everything that leads to you getting to those rings."

"The smaller piece had a similar theme, but it's more focused on the centre piece which represents a meeting place because the Olympic brings together people of all colours, religions and backgrounds from all over the world who are all competing for the same goal," Fleming said.

"Everyone essentially becomes ‘one', we're all athletes and it doesn't matter where you come from.

The themes Fleming portrays in his artworks go hand in hand with the 2020 theme of Reconciliation Week, ‘In This Together.'

"To me Reconciliation Week is about coming together, recognising the mistakes of the past and taking ownership.

"It's about understanding that, yes, these things did happen and that's why things are the way they are, but we need to move forward together – that's the most important thing. 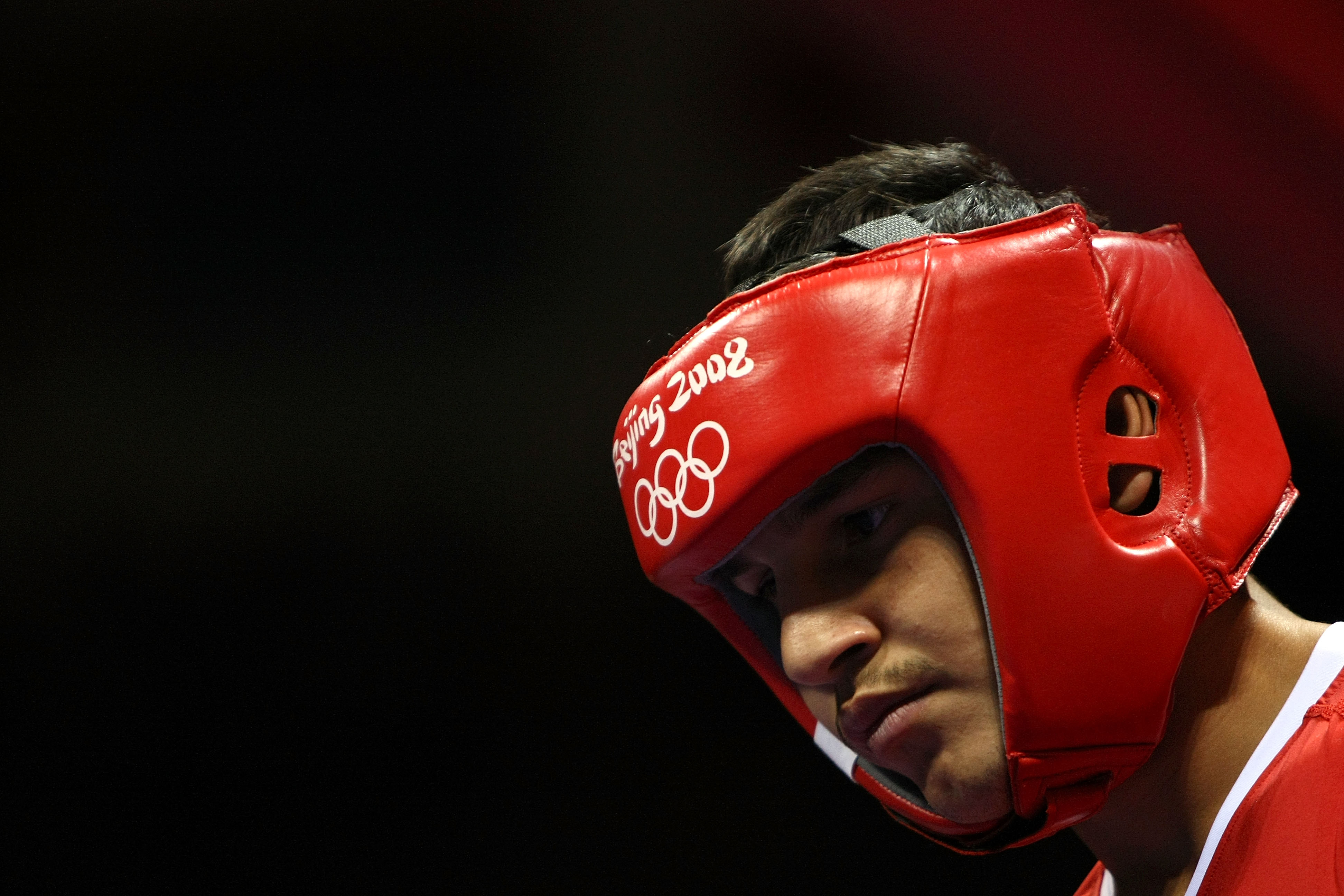 "I am very proud of being an Aboriginal person, but at the end of the day, I am a human, we are all humans part of the human race."

Fleming says that although he's had much interest in his artwork, he didn't hone his creative side until recently.

"Initially, I didn't have an artistic bone in my body," he laughed.

"All throughout high school the only time I did art was when I absolutely had to and as soon as it wasn't a required subject, I didn't do it again."

That was until a year and a half ago, when his role as an Aboriginal Education Officer at a Western Sydney school led to him discovering his creative side.

"My role involves spending time connecting with Indigenous kids, doing a bit of dancing and learning about Aboriginal culture," he explained.

"But something I noticed was that a lot of the kids struggled with the confidence to dance or to speak in front of people, so I started trying to connect with them in a different way.

"We'd sit down together, and the kids would say ‘draw me something'.

End result of our leaf painting the other day 🔥👣🍂🌿

"I'd just muck around and do some sketches for the kids, but I eventually showed them to an artist friend of mine who has designed some of my boxing uniforms and he was really impressed.

"I started to really enjoy it and it's become something that I now do with my own kids."
Fleming says that sharing Aboriginal culture with younger generations is imperative to shaping their sense of self and identity.

"As a kid, I was never really exposed to Aboriginal art or culture but it's an essential part of your identity and your story," he explained.

"I'm glad that I get to share it with my kids who can now grow up with a sense of pride knowing exactly who they are and where they come from. I think that's really important when it comes to building confidence."