Since holding the Sydney 2000 Olympic torch in his hands at the tender age of 6, Cougars Weightlifting Club athlete Brandon Wakeling knew he wanted to represent Australia at the Olympic Games.

Fast forward to today and that dream is firmly in his sights, with Brandon sharing his journey with END_OF_DOCUMENT_TOKEN_TO_BE_REPLACED

Ecstatic to earn my first international gold and experience the anthem played and the flag risen yesterday 🇦🇺 118/123/127x in the snatch and a 157/162/167 in the clean and jerk for a 290kg total and overall gold at the Pacific Games 🥇 This competition was also tied in with the Oceania and Commonwealth Championships, which I also earned a 🥇 and a 🥈 Also a new National, Oceania and momentary Commonwealth clean and jerk record before it was broken 🤷🏽‍♂️ Massive thanks to @mwydall @angiewydall and @dr_rob_mitchell1955 for coaching me through this one, and also another thanks to @mwydall for the continuous effort you put in for our campaign for #tokyo2020 🇯🇵 Also thank you to @danmarshall and @officialrecoverybar for your continuous effort... 3 Olympic qualifiers down, 3 to go 💪🏽💪🏽💪🏽 @samoa_2019

"I started lifting at the end of 2015 at the age of 21, with my first competition being less than a month into starting to learn the sport on Halloween that year. I had no prior experience with the snatch and clean and jerk as I had just finished the season of my 15th year of playing rugby league," he said.

"Alongside playing rugby league, I was a commercial gym enthusiast and found myself in the gym every day of the week, sometimes twice daily. The gym was initially something I dedicated myself too from the age of 17 to help gain some body mass to assist with my rugby league performance but found myself falling in love with the process of resistance training at the gym.

"As time went on and I entered my 20’s, I found myself putting more effort into the gym and less into football. One day at the gym I got word that a ‘Weightlifting Club’ was doing free Monday night sessions and blindly followed a friend to give this ‘Olympic weightlifting’ thing a try to add some variety to my training. That’s where my journey into the sport began.

"Going into 2016 I decided to stop playing rugby league and give this sport a try for the year, entering in 12 competitions that year and really enjoying the experience and progress I gained in just a year.

"At the end of 2016, I graduated university and instead of entering the workforce, I decided to take a big risk at dedicating all my time and effort to try make the 2018 Commonwealth Games team.

Thank you everybody for the support yesterday. Unfortunately yesterday just wasn’t my day. I was certainly prepared to lift what I knew I was capable of, but sometimes in the sport it doesn’t matter how prepared you are, you can still have one of those days where it just doesn’t come together. That’s just the nature of the sport. It’s unfortunately a very bitter pill to swallow, but at the same time can drive us to reach for more. . Although my competition didn’t go as planned, the amount of support I received from everyone in that venue yesterday was something that will live with me forever. I couldn’t have been more proud and privileged to wear the green and gold, not only on Aus soil, but also in my hometown in front of all of my friends and family 🇦🇺 . For all of those who have supported and helped me throughout my rather fast tracked journey to get to this stage, I can’t thank you all enough. To @gazpin_69kg , congratulations on getting that well deserved gold mate. You certainly earned it and you did your whole country proud. I’ll see you in Tokyo 😉

"After a long and arduous year, that risk paid off as I had made the team and still to this day am pursuing weightlifting wholeheartedly, this time around with the goal of making the 2020 Olympic Games in Tokyo."

How are you involved with developing the sport of weightlifting in Queensland?

On a weekly basis, I coach the junior lifters at Burleigh Barbell Club, where I coach those that are eight years and older. Although I don’t consider myself someone who has ‘seen and done it all’ in the sport, I understand that someone who has had many unique experiences at an elite level holds some form of value that is important to help develop the sport.

Especially at the grassroots level, I feel we have a big future with our young up and coming lifters and I feel it's important I share my experience and help develop the sport where I can.

How have your training priorities changed in the lead up to Tokyo 2020?

The lead up to this event started way back at the end of 2018 World Championships in November and has been a very congested lead up with several international competitions between then and now.

As the qualification period progressed, I realised the importance of looking after your body and staying healthy, which can become increasingly difficult with the amount of pressure-filled Olympic qualifying events that were scheduled.

I am still going strong and hope to perform at the best of my ability at the last Olympic qualifying event being the Oceania Championships at the end if April in Nauru.

Tell us about your life outside the gym, and your involvement with Deadly Choices

I started to work with Deadly Choices as an ambassador after the 2018 Commonwealth Games. At Deadly Choices we aim to empower Aboriginal and Torres Strait Islander people to make healthy choices for themselves and their family. 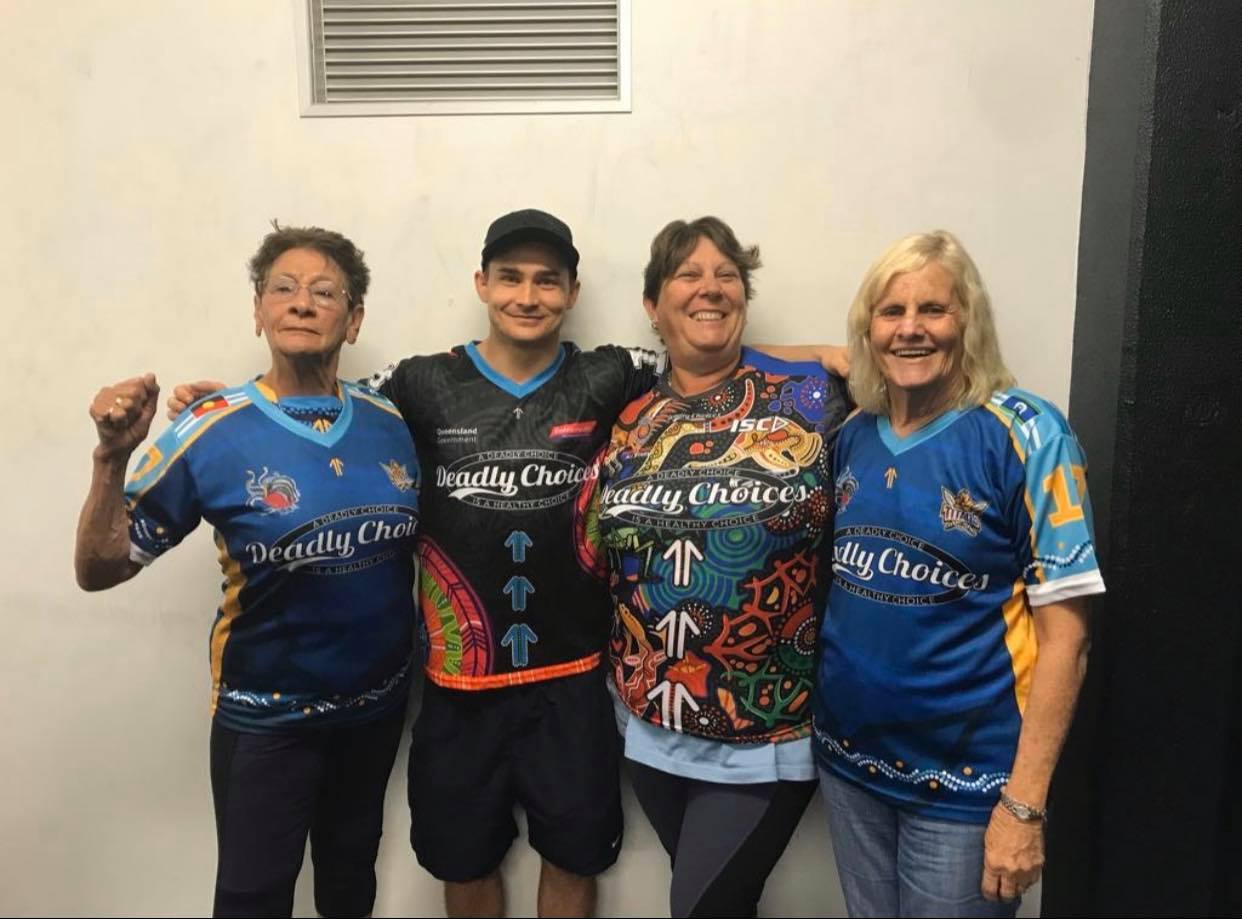 This includes helping those in need to stop smoking, promoting healthy eating and exercise habits and encouraging the community to access their local Community Controlled Health Service and complete their annual ‘health check’. This is all done through a variety of avenues including tobacco cessation, education and cooking programs, sport and recreation, community events, leadership camps and a variety of programs with our younger and elderly Indigenous population.

As someone with Indigenous roots, I feel it's important to connect with community and share my experiences and share how making healthy life choices has positively influenced my life, not only just in the realm of sporting achievements, but in all aspects.

Also, the ability to expand our horizons and show the Indigenous community that we can excel in other avenues such as Olympic Weightlifting I feel is important. We have had only one Indigenous Olympian represent the sport at that level before (Anthony Martin, 2000 Sydney Olympics) and I hope to be the second.

What would it mean to you to make the 2020 Australian Olympic Team?

The Olympic Games is something I have wanted to be a part of ever since I can remember. Alongside rugby league, I also enjoyed athletics from a very young age and wanted to represent Australia at the Olympics in the long jump.

This dream was something so dear to me that back when I was six years old, I had my parent dig a long jump pit into the backyard to practice. As time went on and I slowly grew away from that childhood dream, I somehow found myself revitalising that dream many years later, but with Olympic Weightlifting.

As of March 2020, Brandon is in the top spot for Continental – Oceania in both the M73 and M81 categories.