Having dedicated two decades of her life to the sport, the name Erika Yamasaki is synonymous with Olympic weightlifting in Australia.

A Life Member of the QWA and Cougars Weightlifting Club, Erika has represented Australia at a large number of international events including three Commonwealth Games (becoming a bronze medalist on home soil in 2006), and remains the only Australian woman to lift double bodyweight in the clean and jerk. 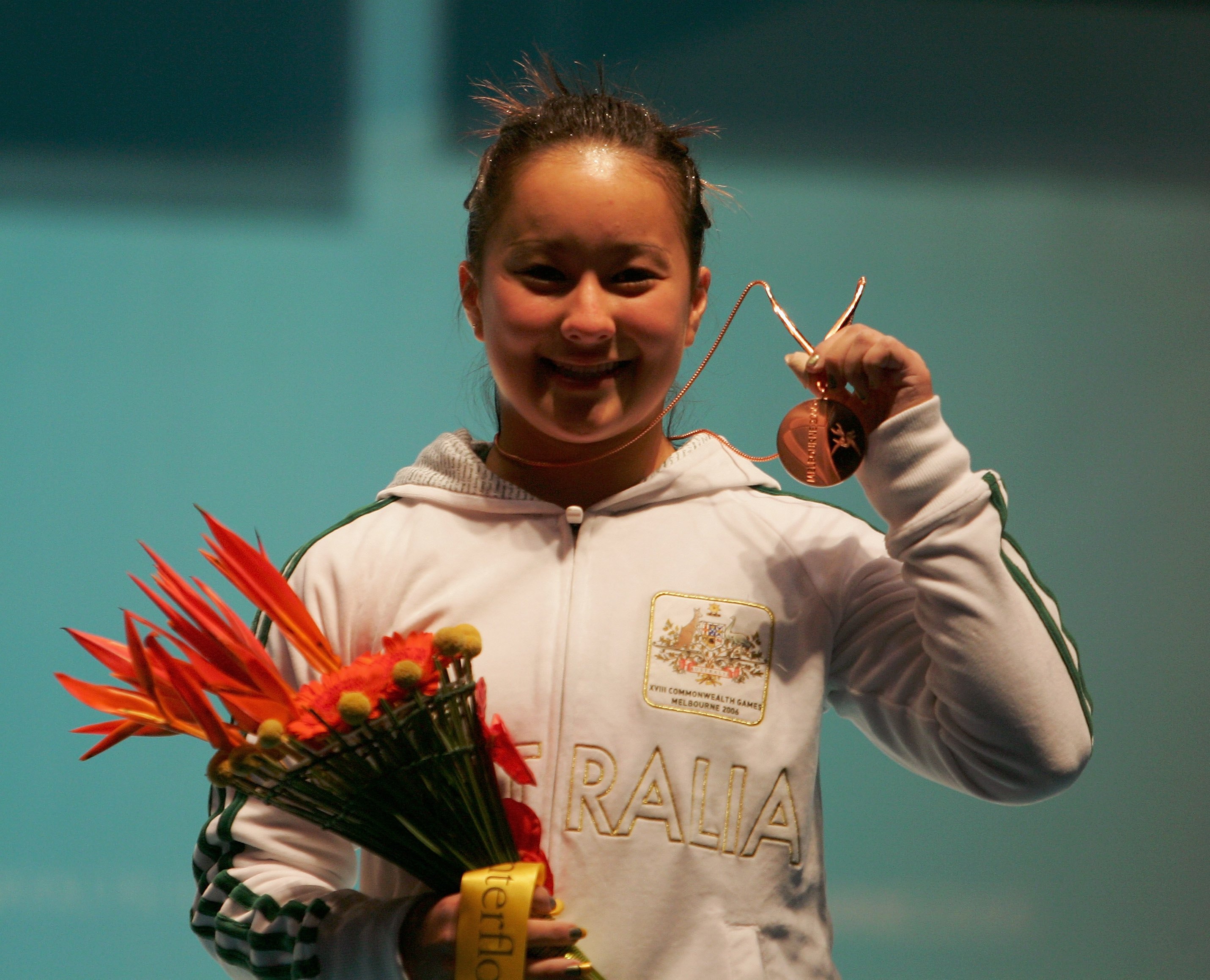 "This year marks 20 years of being involved in weightlifting, after I was first introduced in Year 8 by QWA development officer Scott Robinson through the Talent Identification Program. At the time I didn't know what weightlifting was, and oh boy... just how much that moment would shape my entire life," she said.

"That first day I clean and jerked my bodyweight (35kgs), having never having touched a weightlifting bar before in my life. The only bars I'd ever known were the uneven bars in gymnastics, the handlebars on my bike... and the many chocolate bars I'd consumed over time."

How are you involved with developing the sport of weightlifting in Queensland?

Over the years I have dipped my toes in coaching, held positions on the Cougars Weightlifting Club and QWA committees, been involved with weightlifting demonstrations, and spoken at schools and awards nights.

I enjoy regularly volunteering at competitions as an official and hold an IWF International Category 2 Referee qualification, and once I retire from competing I hope to become more involved with coaching and will continue officiating.

How have your training priorities changed in the lead up to Tokyo 2020?

During the qualification period most things have stayed the same, and I continue to work full-time, so mainly I've had to change my mental state, focusing on managing my anxiety, my bodyweight and completing my training sessions.

In addition to some personal obstacles, I struggled a lot psychologically after not making the team for the 2016 Rio Olympic Games, and felt I was in no position to make an Olympics based on the previous qualification system. I was also struggling to train, and would often feel too sleepy driving to training, and fall asleep in the club car park from too much anxiety during the day.

Once the new system was announced, I had to try to get myself back into training mode and push harder than ever to meet the criteria to stay in contention for Tokyo 2020. I had put on a lot of weight, but once I started to get on top of things, everything started to fall into place, and each one, at exactly the right time.

Just reminiscing on some old comps. Very happy to be back the gym, makes such a difference to my training! Looking forward to the world getting back to normal🤞🤞🙏🙏

Who are your supporters and sponsors who have helped on your Olympic Games journey?

I feel like there are too many to list! I have been lifting for such a long time and this journey hasn't just been the last 1.5yrs towards qualifying for Tokyo, but really since I began lifting. The ultimate goal has always been to one day make it to the Olympic stage and there have been so many people who have helped me along the way.

The people who have been there since the get-go are my family and my coaches. Angela Wydall for most of my career, not only as a coach, but as a close friend and one of my biggest supporters. My club Cougars Weightlifting, my teammates, team officials and my friends in the sport.

The support network from the Queensland Academy of Sport, my dietitians, physiotherapists, massage therapists, exercise physiologist, psychiatrist, psychologists and work colleagues. And more recently, but one of the most important, my partner Brock, especially going through these difficult circumstances that we are all now dealing with COVID-19.

Tell us about your life outside the gym?

I work in the finance team for a security company where I've been for 10 years now. They have always been very supportive and understanding of my sporting commitments, which has been vital for training, competing, and managing financially with ease.

I don't have much spare time, so when I do I mainly spend it with my partner Brock and our two Golden Retrievers, Ronin and Annie. I also enjoy doing crafts, spending time with friends, and getting outside to do literally anything that isn't work or lifting. If I ever have a week or more off training and work, I would use that time to go travelling somewhere.

What would it mean to you to make the 2020 Australian Olympic Team?

To make it to the Olympics would be my biggest sporting dream come true. I have been training towards this dream for such a long time and it hasn't come easy, so I would definitely feel like all the hard work that my team and I have done would have been worth every drop of blood, sweat and tear.

I think the most meaningful part though, is having had to crawl out of a very dark place, fighting each moment just to get through each day, to now actually considering myself as an Olympic hopeful... reminding me each day, that no matter what, I will get through.

As of March 2020, Erika is in the top spot for Continental – Oceania in both the F55 and F59 categories. Source Weightlifting House.