Australia secured three fantastic medals in the opening swimming finals session of Tokyo 2020 but it was the women who produced a swim for the ages to win their third straight Olympic gold medal in the Women's 4x100m freestyle relay and break their own world record.

And the fact that it was the most predictable gold the Dolphins will win in Tokyo made it no less sweet.

The Australians not only broke their own world record, they earned a place in history as the first quartet ever to go under 3min.30sec with a collective 3min.29.69sec. The victory was Australia's first gold of the Games, and followed the fantastic silver and bronze medals by their male teammates earlier in the first swimming finals session of the Games.

For anchor leg swimmer and Flag Bearer Cate Campbell, who was part of the triumphs in London (2012) and Rio (2016), the victory elevated her to the elite company of Australians who have "threepeated" the same event at the Olympics, joining swim legend Dawn Fraser, equestrian rider Andrew Hoy and hockey star Rechelle Hawkes. Only Fraser and Hoy have done it in consecutive Games, but today they were joined by Campbell. 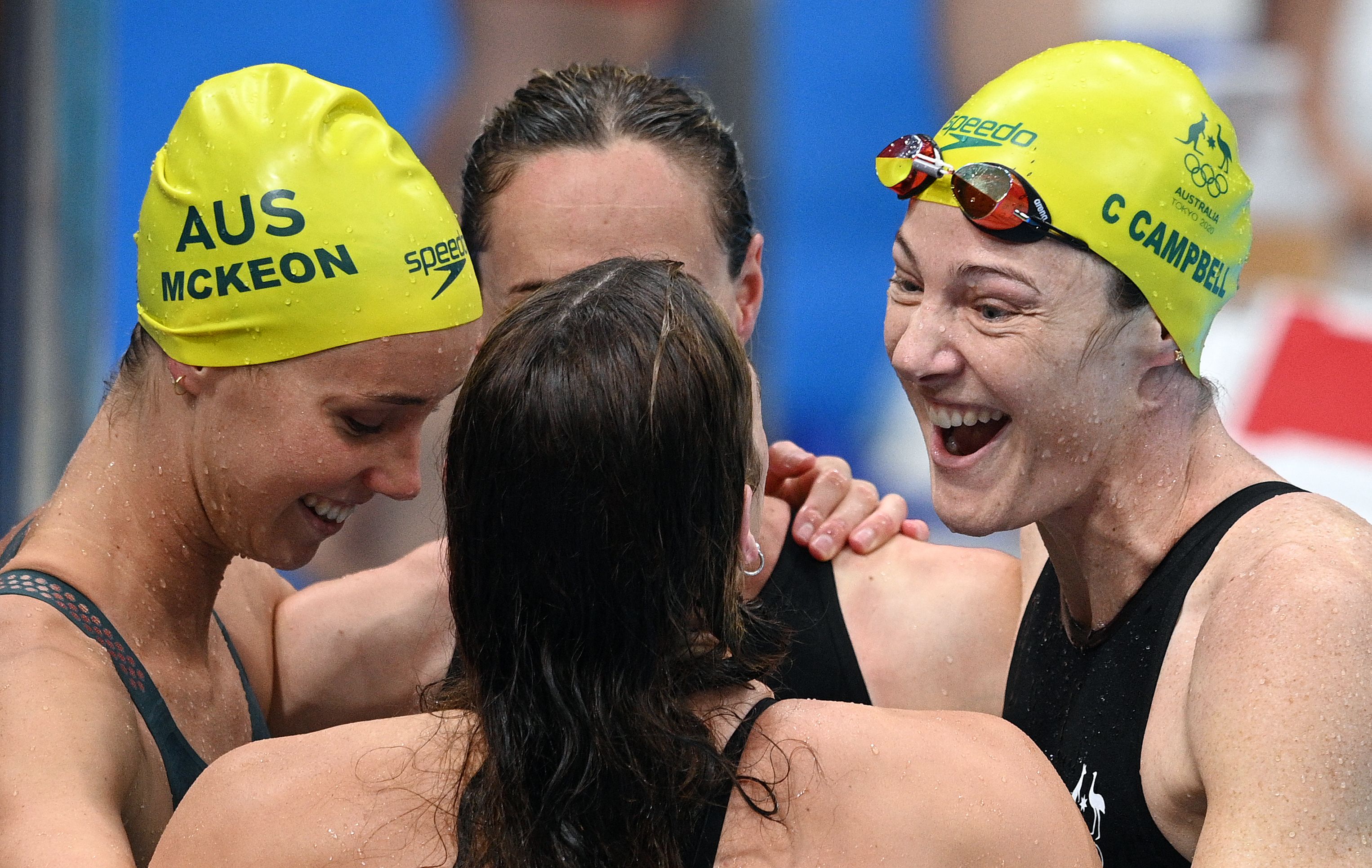 Additionally, she joined Fraser and Americans Jenny Thompson and Dara Torres as the only three-time gold medallists in this event. And for good measure, she also claimed the record as Australia's oldest individual swimming gold medallist. At 29 years 67 days, she eclipses fellow swimmer Petria Thomas who was 28 years 356 days old when she won the 100m butterfly gold in Athens in 2004.

Cate's sister Bronte Campbell led off in 53.01 seconds to put Australia right in the hunt, even if Sweden did throw Sarah Sjoestroem into the fray early as lead-off swimmer.

Meg Harris, the 19-year-old baby of the team, took them through to the lead with a 53.09s leg before Emma McKeon took over to unleash a sizzling 51.35sec leg, the fifth fastest relay split in history. When she touched the wall it was all clear water ahead of Campbell and she stayed well ahead of the world record line for a strong er 52.24sec swim. 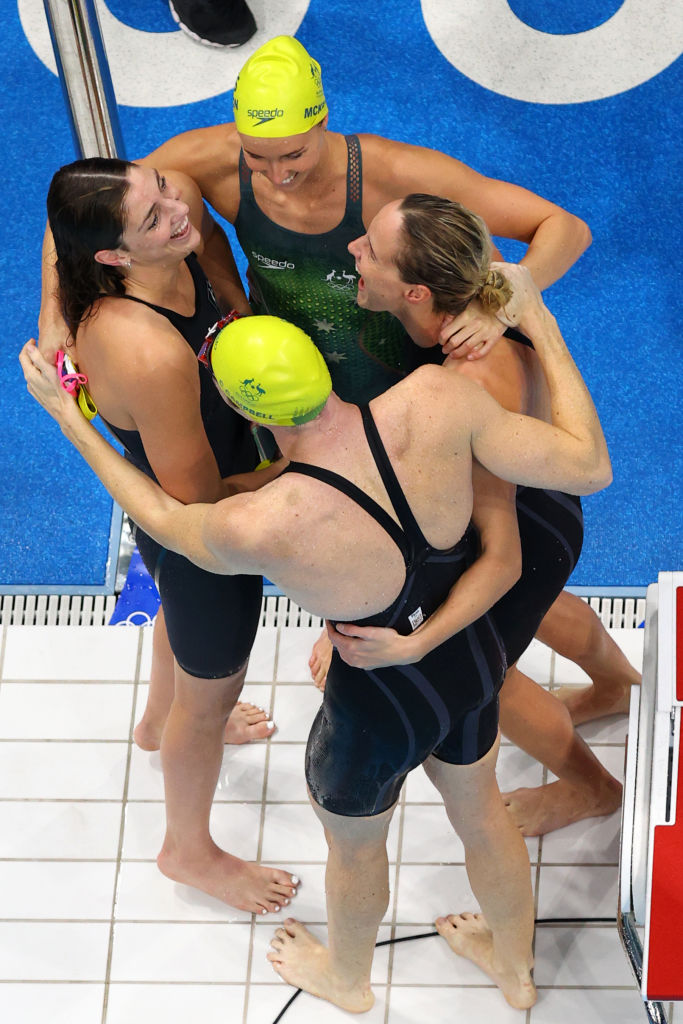 But this was not just a triumph for the four girls in the final, as Madi Wilson and Mollie O'Callaghan played their part brilliantly in the heats to get Australia into the final. The fact the competition for finals spots demonstrates the phenomenal depth. But the event is the oldest swimming relay on the Olympic program and only four get to swim the final.

Her team-mates all have had had their moments in the sun but for teenager Harris, the rising star of a new generation, it was a dream come true, a gold medal on the first morning of Olympic finals in her first Olympics.

"It's incredible," she said when asked how it felt to be part of this team. "There is no feeling like it. And swimming with Madi and Mollie last night, it was insane. And to get into the final was even better."

Spare a thought, too, for the other girls who over the past three Olympics, have done the job for Australia in this relay – Brittany Elmslie (twice), Alicia Coutts, Mel Schlanger, Emily Seebohm, Yolane Kukla and Libby Trickett.

Earlier, McKeon had done what she needed to do in her semi-final of the 100m butterfly, qualifying third-fastest for the final but not expending too much energy before her relay swim.

Brianna Throssell swam well for sixth in the semi behind McKeon. Her 57.59s sets her up nicely for the 200m butterfly at the Games.

A seven-event program means McKeon has to pick her moments to fully extend herself and the 27-year-old veteran showed all of her experience as she came home powerfully over the final 25m to place second in her semi-final in 56.33sec behind France's Marie Wattel (56.16sec).

China's Zhang Yufei, with whom McKeon's dead-heated in the heats, won the other semi-final in 55.89sec to grab pole position for what is shaping as an engrossing final. As ever the dark horse remains Sjoestroem, the world record holder and Olympic champion who is only now working her way back in form after breaking her elbow in February.

Jack McLoughlin broke through for his first Olympic medal in the 400m freestyle final, a mere .15sec separating him from Australia's seven gold medal in the event. The Vince Raleigh-coached Queenslander suspected there might have been trouble brewing across the pool from him but, as a short-sighted glasses-wearer, he couldn't quite make it out. 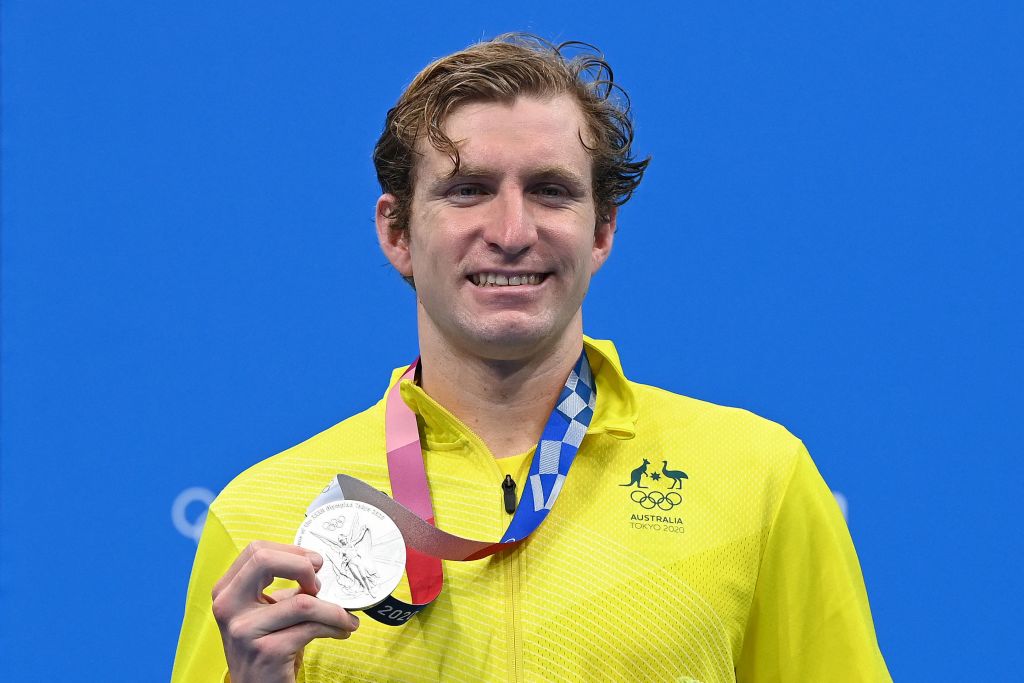 As it turned out, 18-year-old Ahmed Hafnaoui of Tunisia was doing a "Kieren Perkins, 1996", winning the gold from lane eight in 3.43.36. McLoughlin, in lane two, was forced to swim virtually the whole race on his own, while all the action was concentrated on the far side of the pool where ultimate bronze medallist Kieran Smith of the USA was locked in battle with Australia's other entrant, Elijah Winnington, the current No.1 on the world rankings.

But while Winnington could not maintain the pace after leading through 150m, ultimately fighting hard to the wall to finish seventh in 3:45.20.

McLoughlin, 26, kept going strongly, taking over the lead with just 50m to go. McLoughlin gave it his all down the final stretch and looked like he might grab the gold but it wasn't quite enough to hold off the Tunisian. He hit the wall 0.16 seconds behind in 3.43.52.

McLoughlin was quick to give praise to the group he calls his "pit crew", his family watching back in Queensland.

"People say swimming is an individual sport, but they are always there and they mean the world to me."

Winnington admitted to being "a little disappointed." "But that's sport," he said. "You've got to get over it and I'll be back."

There were no mixed feelings from Brendon Smith as he claimed Australia's first medal of the Tokyo Olympics with a bronze medal in the 400m individual medley final.

Yes, there were some hope of Smith writing himself into Olympic folklore, akin to Jon Sieben and Duncan Armstrong, when he stunned the world by becoming the fastest qualifier in the final – this just a year after he was ranked 50th in the event. 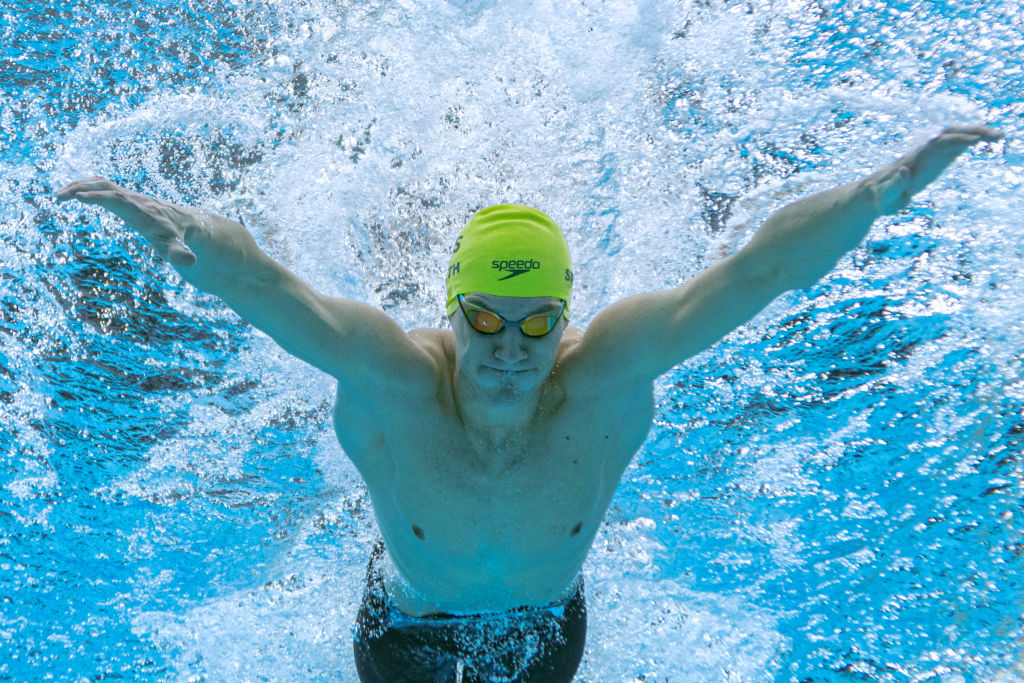 But he was unable to replicate his heat swim of 4min.09.27sec. Had he been able to do so, he would have claimed the gold but for a 21-year-old, that was hardly out of the ordinary. Indeed, six members of the field had gone under 4.10 in the heats but only one, American Chase Kalicz, could go better in the final and his 4.09.42 earned him the gold medal from fellow US swimmer Jay Litherland (4.10.28).

Smith, who was forced to swim in the ocean during the six months of lockdown in Melbourne, each time accompanied by his sister, came storming home in the freestyle leg, from seventh position at the end of the breaststroke, to grab the bronze in 4.10.38.

"It's hard to get up after a heat swim in which you drop .8sec, but I am happy with that performance," he said after the race.

"When the Games were postponed 12 months ago, I think it gave me an opportunity to better myself, one year older, one year better."

The Australian Swim Team will be back in action tonight for the heats session at the Tokyo Aquatic Centre from 8pm (AEST).