Rohan Dennis has won Australia's first road cycling Olympic medal since 2004 with a gutsy bronze, by just 0.4 of a second in the individual time trial in Tokyo on Wednesday.

Nine years after he won a silver medal on the track in London, Dennis confirmed he was one of the best time triallists in the world with third place behind Slovenian Primoz Roglic and Dutchman Tom Dumoulin.

Roglic dominated the 44.2km course at the Fuji International Speedway to win in the time of 55mins 4.19secs while Dumoulin and Dennis were both over one minute behind.

After completing the course, Dennis, 31, faced a nervous wait to see whether the remaining riders would knock him off the podium but Switzerland's Stefan Kung was denied a medal by 0.4 of a second. 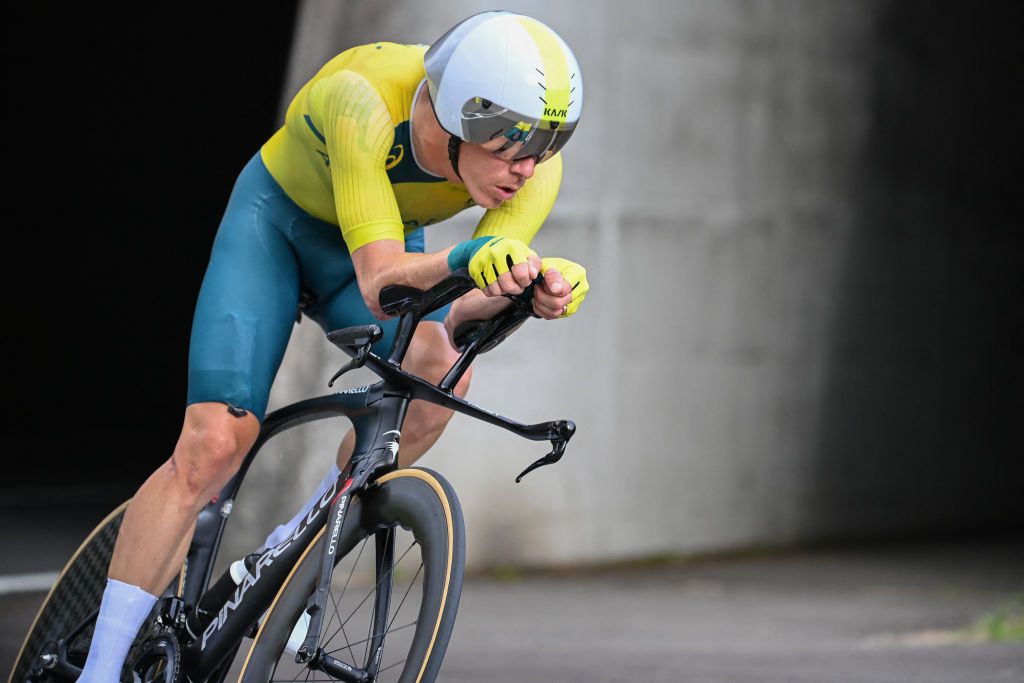 "The first lap was quite simple, I was in my rhythm but the second lap as we expected was quite a battle and was more of a dogfight," Dennis said.

"I didn't realise how close it was between Tom (Dumoulin) and I and I thought (Filippo) Ganna was going to take it off me.

"I'm glad I didn't see (the splits), I just got told that I got third otherwise I would have been a nervous wreck watching him coming down this finishing straight."

The two-time world champion improved on his fifth place from Rio when he was in the silver medal position when he snapped his handlebars mid-race and had to swap his bike.

"I'm really happy with third place in the end, obviously it's not gold, but I can be proud of my efforts," Dennis said.

"I would have loved gold but I wasn't the best guy on the day and got beaten by better bike riders today.

"I can be proud of third, it's still a medal at the Olympics and not many people get that." 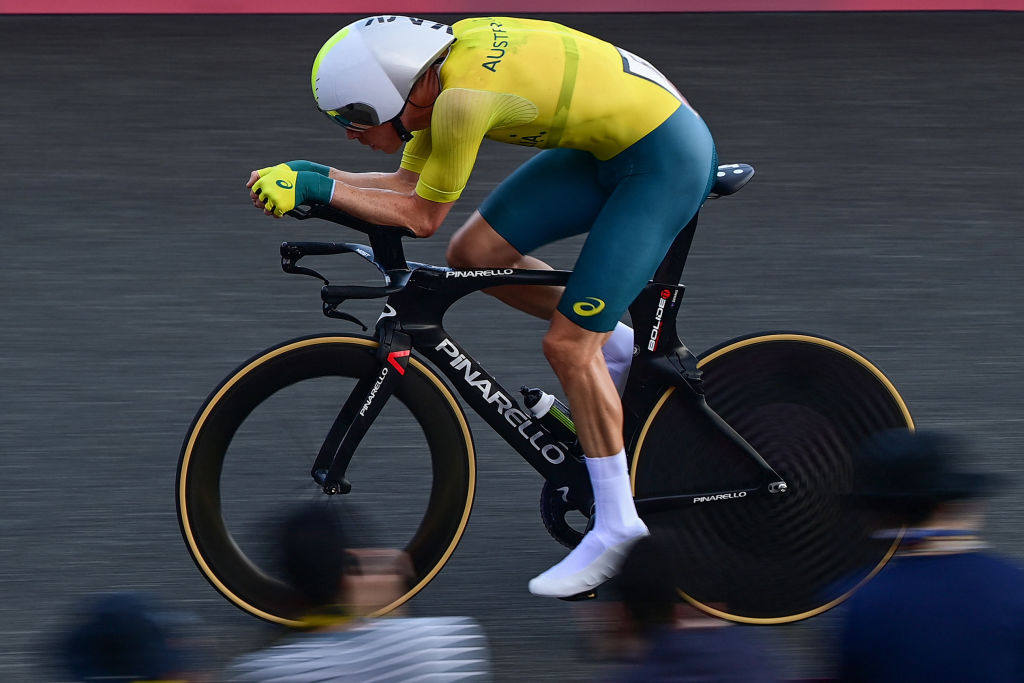 Australia's other rider in the time trial was Richie Porte who finished 27th and described it as one of the most disappointing performances he could remember.

"Once Remco (Evenepoel) came past me at the end of the first lap I knew he was going to be one of the fastest but it's been a while since I've been caught like that in a time trial so it kind of hurt," Porte said.

"I'm in the same boat as everyone else, it's been a long season up until now but today the legs just let me down, I was motivated for the ride but I just didn't have it."

Australia narrowly missed the medals in the women's time trial where Grace Brown finished fourth to equal Anna Willson from Sydney, 2000, as the nation's best ever result in the event.

The 22.1km race was won by Dutchwoman Annemiek van Vleuten who improved on her silver medal in the road race by blitzing the field in a time of 30mins 13.49secs. She won by 56 seconds from Swiss rider Marlen Reusser and 1:01 from compatriot Anna van der Breggen while Australia's other rider, 20-year-old Sarah Gigante, finished 11th, 2:48 behind van Vleuten.

Brown admitted she was disappointed with her 47th place in Sunday's road race but said fourth in the time trial would allow her to leave Tokyo with "a full heart".

"It was hard as expected, with a time trial you can prepare so specifically so I was ready for the pain and just put myself through the paces and got every little bit out of myself," Brown said. 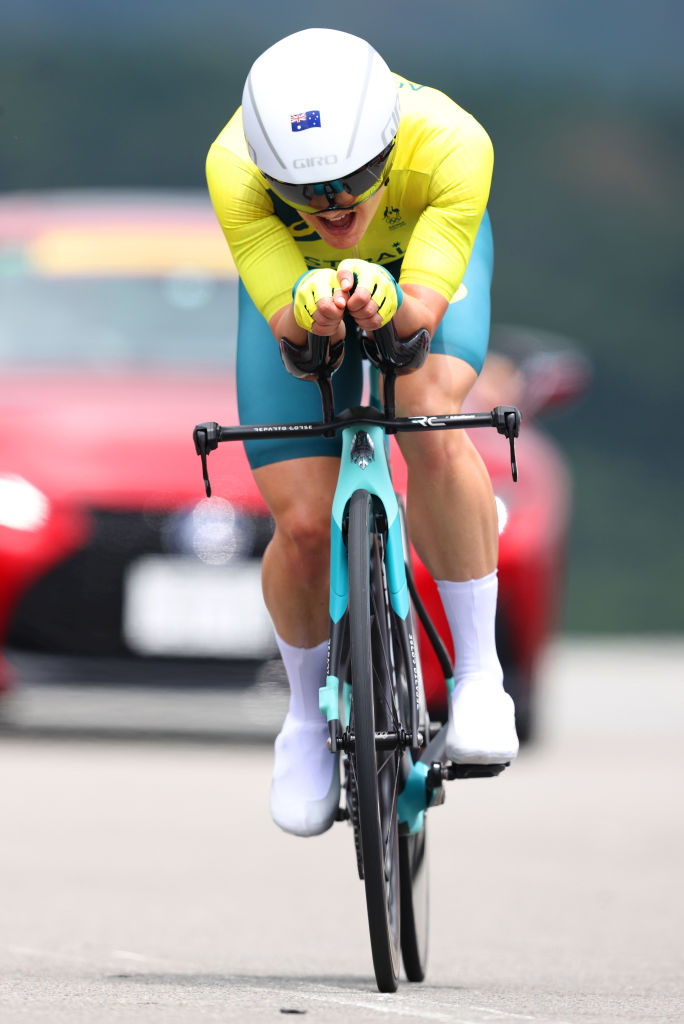 "I'm happy with my result despite being so close to the podium.

"I could see Anna van der Breggen coming towards the line and the time counting towards me, she's a phenomenal rider so I'm not surprised she rode ahead of me."

Gigante said she was pleased with her performance on debut after a serious crash just three months ago.

"The conditions weren't too bad compared to the rest of the week," Gigante said.

"I'm so proud of my performance, I couldn't have done anything more, I gave it everything today and in the lead up and considering I had a really bad crash three months ago breaking my leg, collarbone and elbow, it's everything I had so I'm proud.