Sailors Mathew Belcher, Will Ryan and Matt Wearn have been announced as the first Australian Olympic Team members selected for Tokyo 2020.

Ryan and Belcher, reigning World Champions and Rio 2016 silver medallists in the 470 Class and Wearn, the current world number 1 ranked Laser sailor, were nominated by Australian Sailing and officially selected by the Australian Olympic Committee (AOC).

37-year-old Belcher will be sailing in his third Olympics, after winning gold at London 2012 with Malcolm Page and silver at Rio 2016 with Ryan. 30-year old Ryan is returning for his second Games, while 23-year-old Wearn will make his Olympic debut. 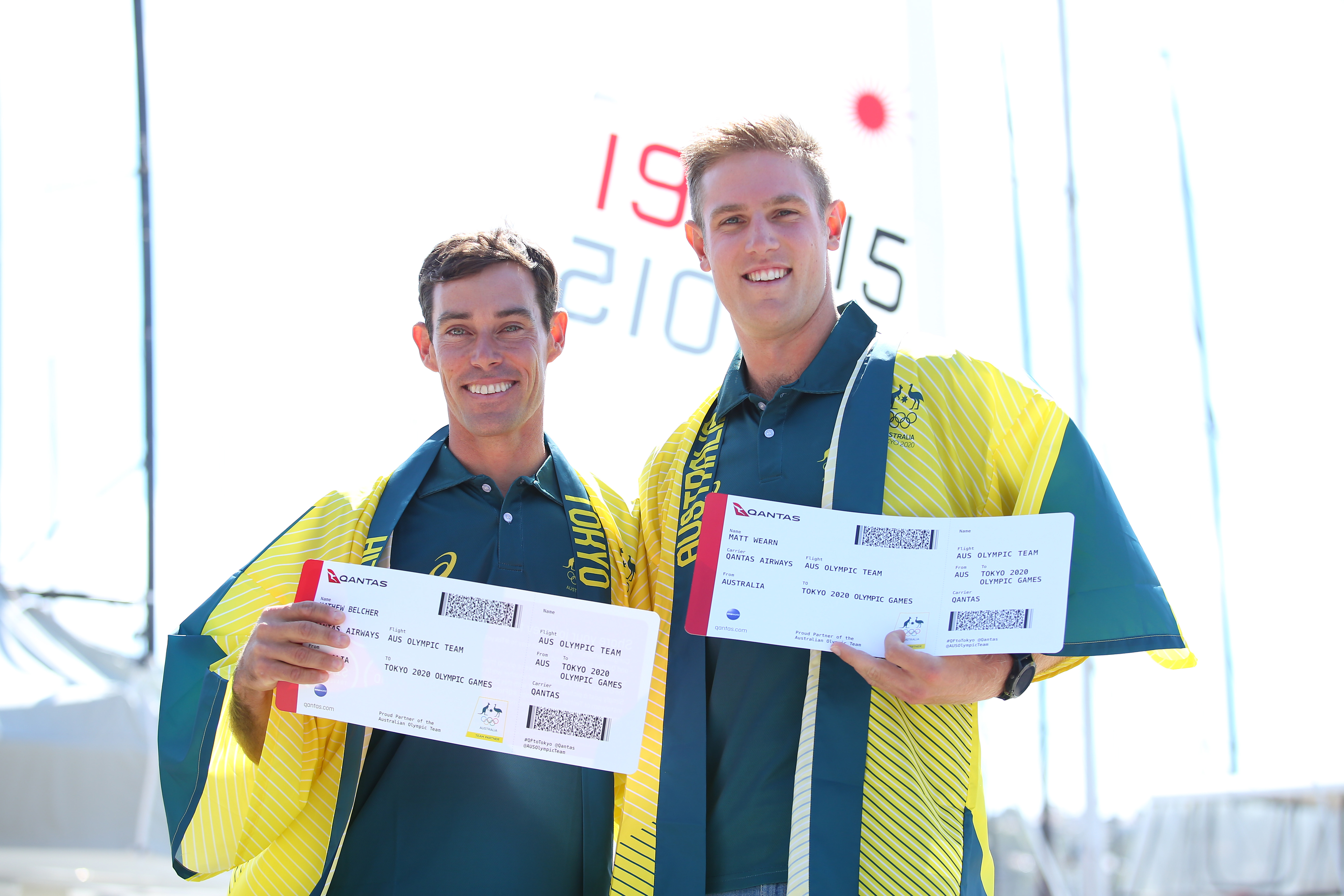 “It is wonderful to have three such high calibre athletes named today, the first of what we expect will be a team of around 480 athletes representing Australia in Tokyo,” Chesterman said. “Each has an amazing record in their sport and can now focus on their preparations for the Olympic Games next year.”

“Congratulations not only to the athletes on their selection, but their coaches, teammates, Australian Sailing, the Australian Institute of Sport and state institutes, families and supporters who have helped them become the athletes they are today.

“Australia are fortunate to have incredibly strong competition and depth across the sailing classes, and we know these athletes add to Australia’s rich Olympic legacy. That legacy includes Australia winning its first ever Olympic sailing gold at the Tokyo 1964 Games, at Enoshima Harbour which will also host the sailing regatta next year.”

It was a double celebration for Gold Coast based Belcher, with his Olympic selection coinciding with his 37th birthday.

“It’s amazing to be the first athletes selected for Tokyo 2020,” Belcher said. “To go to even one Olympics is so special, to get a chance at a third Games is an incredible feeling.

“It’s great to be able to share the experience again with Will. Historically there’s been a crew change between each Games in 470, so I’m excited to go back to the Olympics with Will. We thrive in pressure situations and have such a strong relationship – now it’s up to us to do everything we can to go one better than Rio.”

END_OF_DOCUMENT_TOKEN_TO_BE_REPLACED

“The Olympic announcement is really special – presents from the kids can wait for this afternoon. It’s a balance between family and sport and celebrating a birthday as part of an Olympic announcement sums that up perfectly.  The family is 100 per cent behind me and it’s great for my kids to see us in the Olympic arena.”

The announcement comes 19 years to the day since the Australian men’s and women’s 470 teams started their campaigns at Sydney 2000, with Australia securing gold in both events.

“Australia’s done a brilliant job to collate and retain knowledge across the years in 470 and it’s an honour to keep flying the flag from that 2000 team of Tom King, Mark Turnbull, Jenny Armstrong and Belinda Stowell,” Belcher said.

Belcher’s 470 partner Will Ryan echoed the importance of the close bond between teammates.

“It’s a unique partnership with Mat and our coach Victor Kovalenko,” Ryan said. “We’ve had so much time to learn about each other. 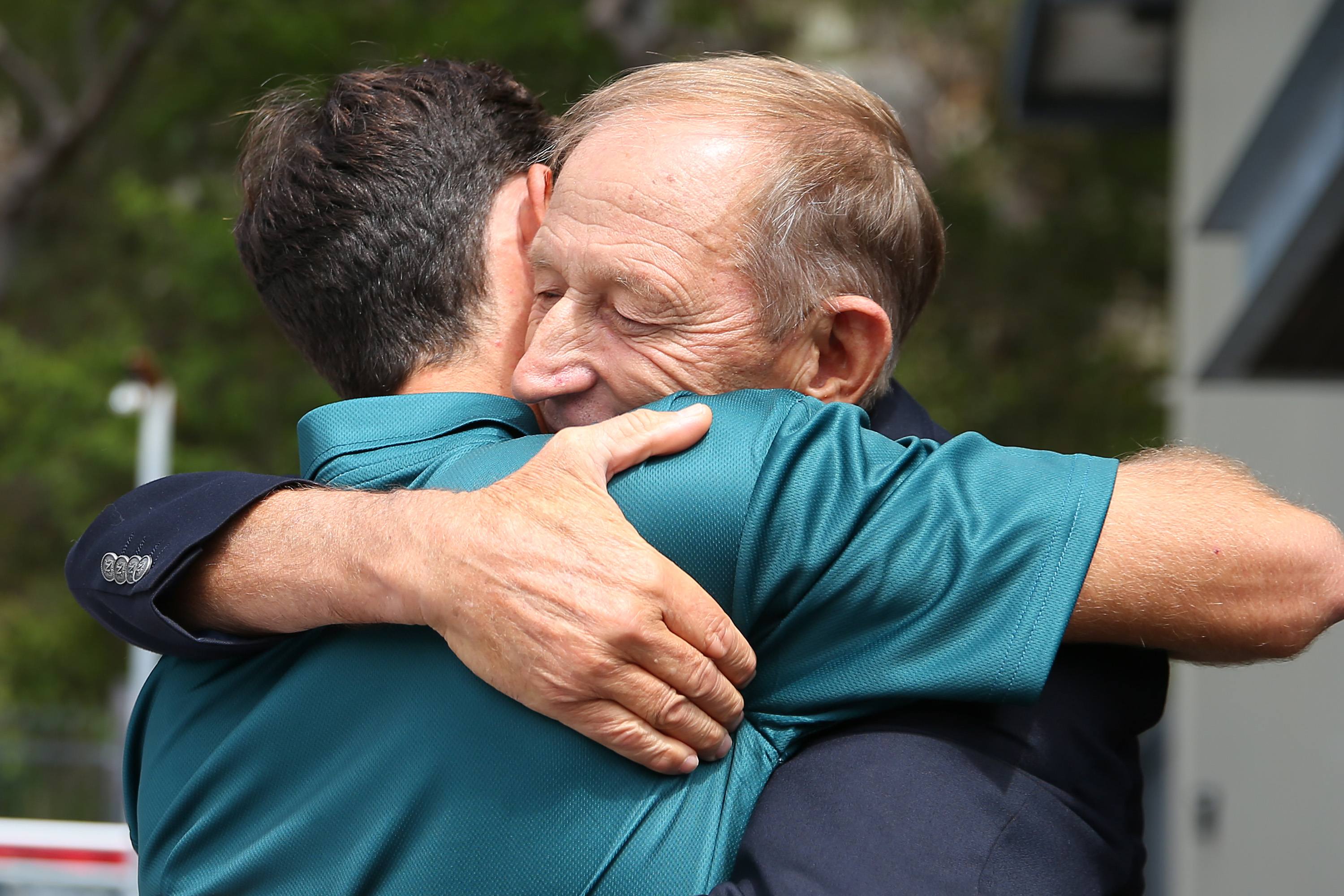 “The motivation and determination from coming second at Rio, and this time being hungry for that top spot, to share the journey with people you’re close to and have worked so closely with is really special.

“It’s a huge honour to be selected for the Tokyo Olympics, it’s second time round for Mat and I but the feeling doesn’t get any less. Coming into this last year the excitement will be building.

West Australian Wearn will make his Olympic debut in Tokyo, after finishing the 2019 season ranked number 1 in the world.

“I’m just ecstatic,” Wearn said. “After I got the call that I was selected, I just sat down in silence for a minute and let it soak in. The excitement really kicked in and I felt like jumping around the house.

“I’m so excited to represent Australia at an Olympics - to be rubbing shoulders with incredible athletes that Australia will have in Tokyo across so many sports is crazy to think about. It doesn’t feel 100% real yet, still feels like a bit of a dream.”

Wearn said his focus is on adding to Australia’s incredible sailing history at the Olympics.

“Australian Sailing teams have had such strong results at the Olympic level, it’s a massive honour to have a chance to continue that legacy. With Australia winning the Laser in London and Rio, to continue that success is a major goal.

“We’ve competed at Enoshima a lot the past few years and I’m really comfortable in the conditions. Luckily the conditions are similar to Sydney – Enoshima gets big swells, really similar to when we train off Sydney heads after a few days of southerlies.

Title
Matt Wearn on the water 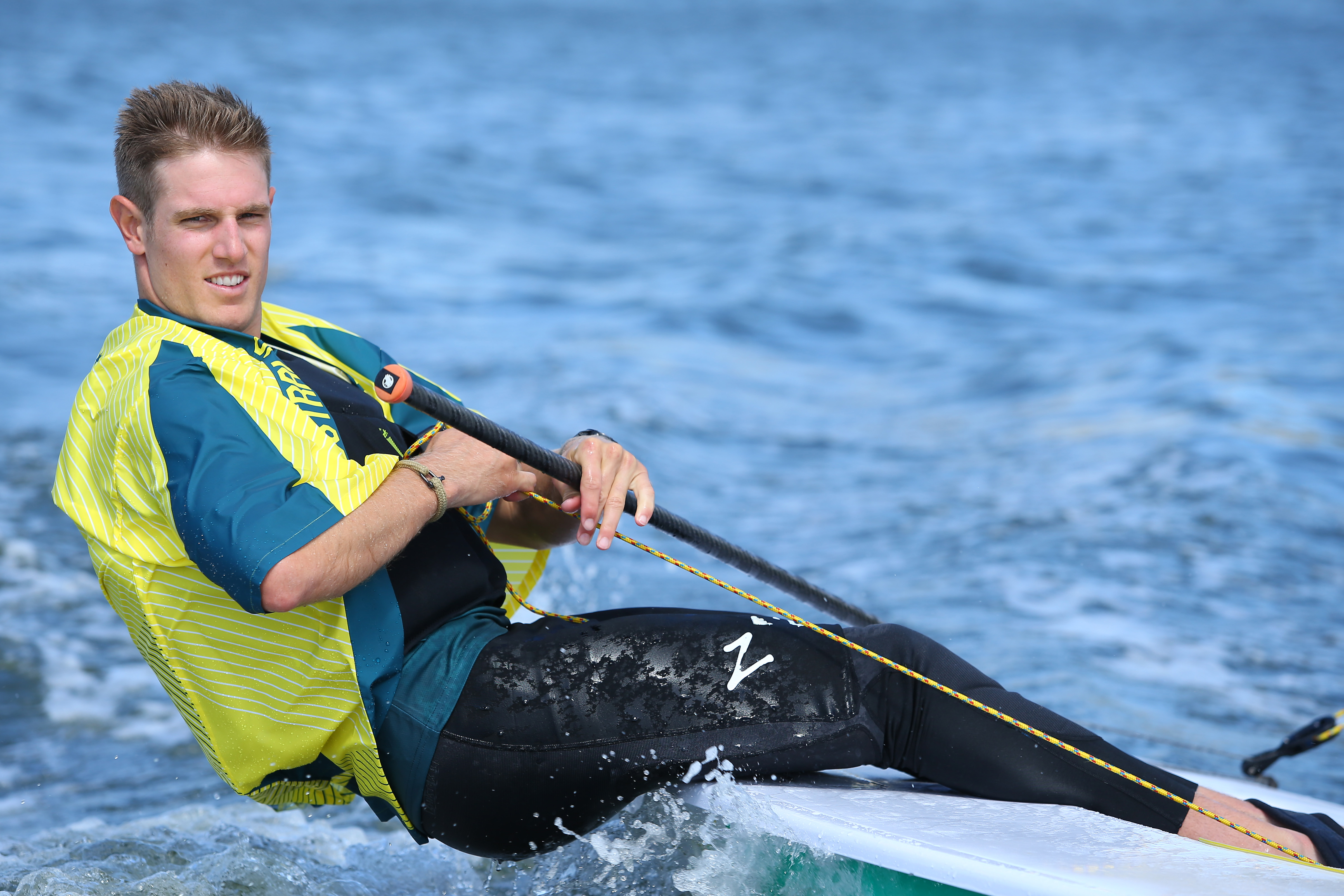 “Sometimes the wind comes off the land in Enoshima which makes conditions shifty and quite hot, which we can recreate whenever there’s a hot westerly in Sydney. It gives the team great confidence to be able to train and recreate those conditions at home.”

“Australian Sailing has a proud history of success at the Olympics, and this group is no different,” Allen said.

“We have won six gold medals at the past three games, and we head to Tokyo with three classes currently ranked in the top three in the world including two top seeds.”

Australian Sailing is expected to nominate athletes for selection in additional classes early in 2020.