FOOTBALL: The Matildas will take on world number five and reigning Olympic silver medallists, Sweden in the semi-finals of the Tokyo 2020 Olympics at Nissan Stadium, Yokohama.

It will be the third time the two sides have met in just under two months, with both previous encounters resulting in tight contests.

For the Matildas, the road to the semi-finals started with a high energy 2 – 1 win over Trans-Tasman rivals New Zealand, before a 4 – 2 loss to Sweden and a 0 – 0 draw with the United States saw them finish with four group stage points.

The points and third placing were enough to see Australia progress out of a tough Group G – which has produced three of the four Tokyo 2020 semi-finalists – where they would meet Great Britain in the quarter-finals.

In one of the matches of the tournament so far, the Matildas recorded a famous 4 – 3 victory over a strong Great Britain side in extra time.

Australia's historic Olympic campaign has been on the back of a strong team ethic; however, a couple of players have also had standout performances.

Captain Sam Kerr has demonstrated why she is widely considered one of the best strikers in the world with five goals in four matches.

Kerr has been the beneficiary of some excellent delivery from her teammates. Fullback / centre back Steph Catley has been one of those players and one of the most creative players in whole tournament with 10 scoring opportunities created.

On the other wing Ellie Carpenter and Hayley Raso have proved twin speed demons with Carpenter's defensive tenacity, coupled with her offensive drive seeing her a standout defender at Tokyo 2020.

The key for the Australia's progress so far has been their ability to control possession and tempo for crucial parts of matches and centurion midfielder Emily van Egmond has been the Aussies metronome in this area. 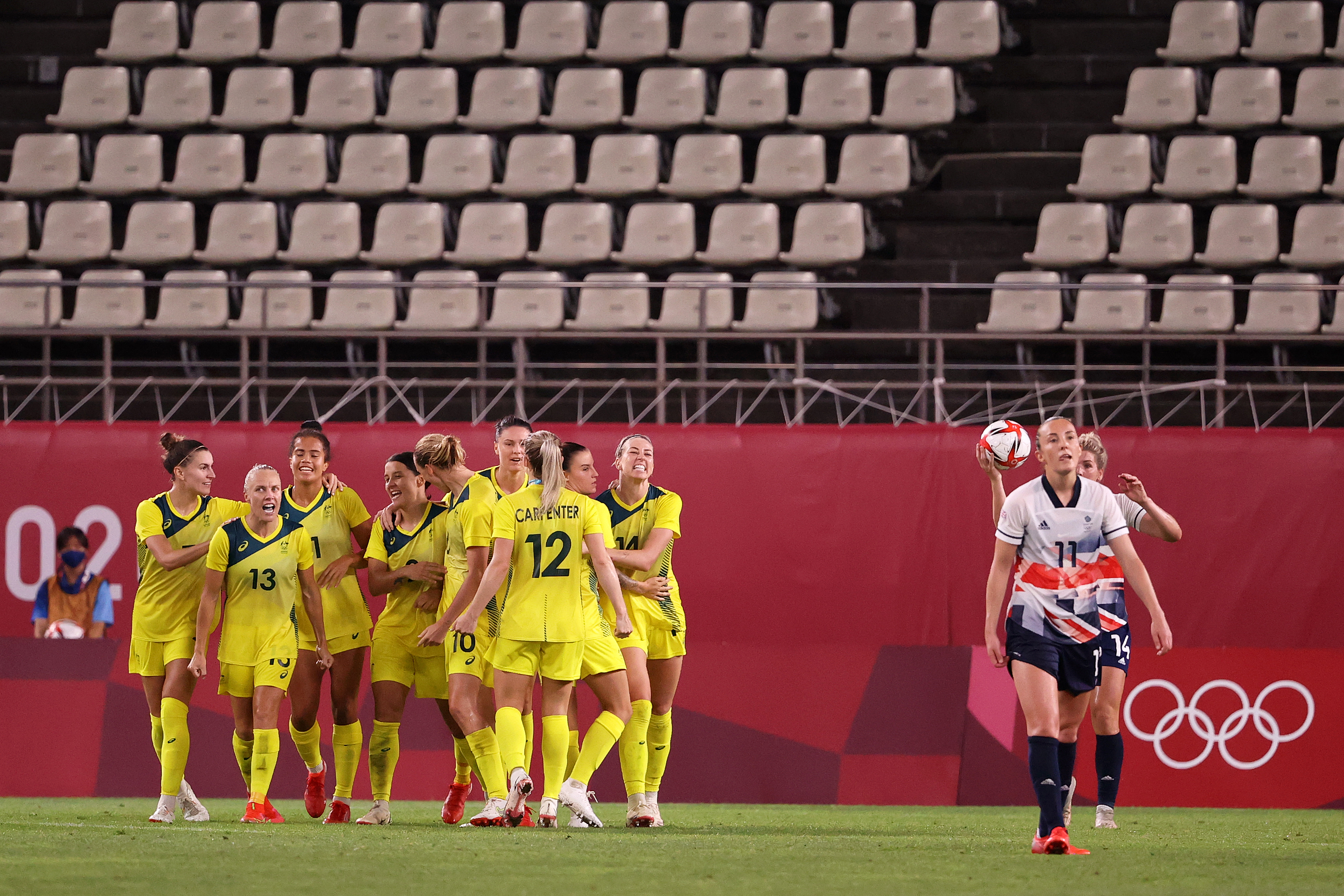 Heading into the semi-final, the Matildas will be looking to continue to be on the front foot, especially against the most in-form side in world football.
Coaching Australia in their first semi-final of a major international tournament, Matildas' head coach Tony Gustavsson is acutely aware of the threat that his countrywomen pose.

"Sweden are a very impressive team. I think so far, they've been the best team in the tournament," Gustavsson said.

"A lot of their attacking players are in the form of their lives, you can see that in their attacking game. They score a lot of goals, their willingness to run and defend as a team is impressive, so I think it's going to be tough game."

However, with Australia leading the Swedes and netting two goals in their group stage encounter, the Matildas have demonstrated they have the ability and players to more than test Peter Gerhardsson's side.

"When we played them last time, we showed that we have things in our locker that also can hurt them, and that's why we scored two goals," Gustavsson explained.

The match is set to also be a milestone game for one of the Matildas stalwarts in forward Kyah Simon. The 30-year-old is set to become just the 9th Australian woman to reach 100 international appearances for the Matildas.

For Simon, who has experienced many a quarter-final heartbreak with the national team, the semi-final is an opportunity to continue to create more history.

"I'm really proud to be part of this team," Simon said.

"It's exciting to see what we can do not only in the near future, but also the distant future, under Tony, his attention to detail and with his tactics."

"This is a great moment for us all but making the semi-finals was just the first step.  We want more and I know every single player in that team will be giving it their all to take us to another level."

Australia completed a final training session on Sunday night and, in team news, Gustavsson has confirmed that captain Sam Kerr will be playing in the semi-final despite several players being managed, as routine, through their accumulated minutes during this tournament.

With 2.24 million Australians tuning into the quarter-final, the Matildas will be a drawcard once again on Monday night with the match kicking off at 9.00pm AEST.