With seven Olympics under his belt and his eighth on the horizon, Equestrian legend END_OF_DOCUMENT_TOKEN_TO_BE_REPLACED has knowledge and experience in spades.

While taking over the END_OF_DOCUMENT_TOKEN_TO_BE_REPLACED 's Instagram account,  Andrew answered all of your burning questions about Equestrian, eventing, nutrition, advice for riders and his favourite Olympic moments.

How did you get into Equestrian sports?

I grew up just south of a little town called Culcain on the border of NSW and Victoria. As a child, I borrowed a pony from my uncle and started riding around the farm which led to me starting pony club, campdrafting (working cattle on horseback) and then I had a short career in rodeo riding.

I started riding in Equestrian events, then was selected at the age of 19 to go to the 1978 World Championships in the USA.

What is your favourite Olympic memory?

I have been fortunate to have had much success and to have gone to many Olympics, but I would have to say Sydney 2000.

I was part of the team who won gold in eventing and then went on to win individual silver.

The volunteers were absolutely fantastic as well as the venues.

Which discipline do you get the most nervous before?

There's the dressage, the cross country and then the showjumping and all nervousness comes from worrying you're not quite prepared.

The discipline that could possibly go wrong, and if it goes wrong, could end up with a major injury or fall would be the cross country.

When we're galloping cross country, we're traveling at around 11 and a half meters per second, so it's actually very fast, but once I actually start, I am so focused on what I'm doing, that I don't have time to think about anything other than what is happening. 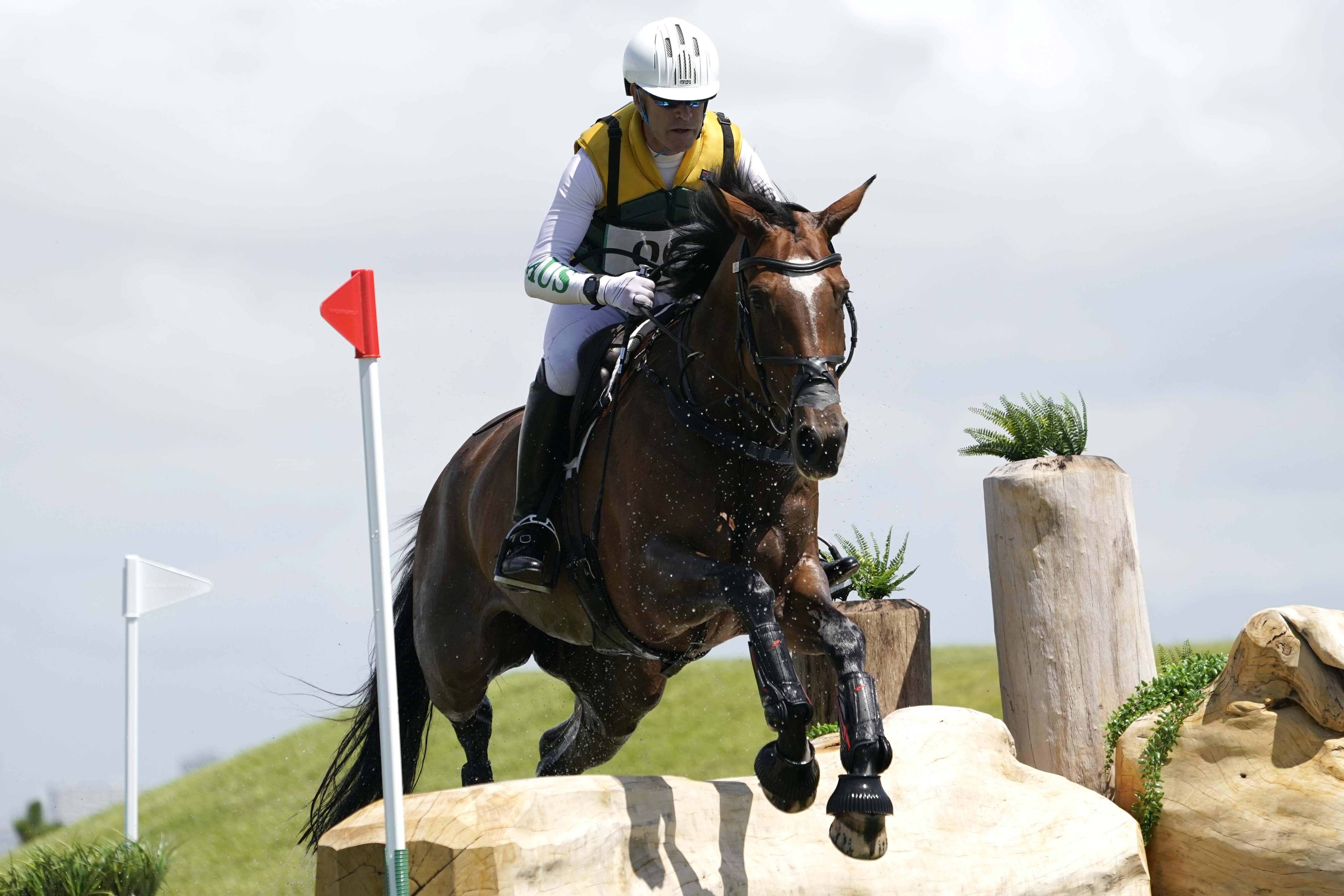 How important is nutrition for your horses?

How do you create a strong bond with your horse?

It is something that is very, very important if you want to have any success and when I say success, I mean any understanding of the way a horse or any animal can behave, you have to understand the personalities and work within the abilities of that animal.

What is your best advice for up and coming riders?

No matter what you do in life, if you want to be good, make sure you surround yourself with good people, taking their advice and actually implementing it.

People are very willing to share information if they've been very successful in their life, so if you ask someone for help, they are generally happy to oblige.

It's also about structures, setting up programs and being healthy. 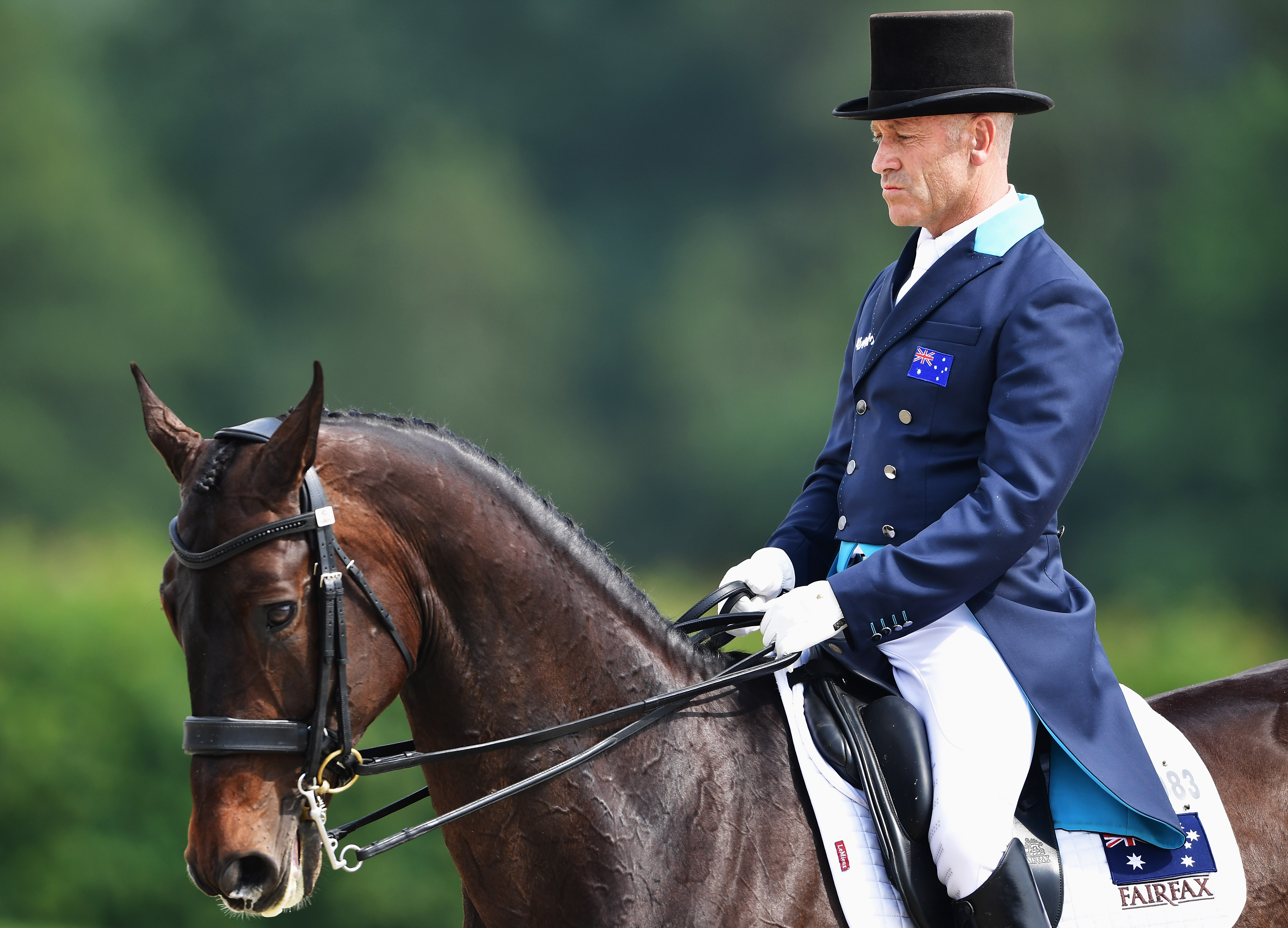 There's been a combination of so many people over the years who have inspired me. Trainers that I've worked with but I would say my biggest supporters and my biggest inspirations have been my parents.

My father just passed away last October, and he gave me much advice even though he was not involved in Equestrian sports.

He had an interest in motor racing when he was young, then farming but grew up as an engineer but gave me a lot of very good advice.

What motivates you to keep competing after so many years?

I've always had an open mind and am always looking at how can I be better.

I focus on myself as an athlete, I go over my performances and identify the things that need to be worked on.

It's also having my support team around me. The people around me need to have ownership as well and feel as if they're part of the success and part of the journey. That's really important and that's what keeps me inspired, trying to keep them inspired.

I'm never thinking, 'Well, I'm now at this age, I should start thinking of retiring,' I'm always looking towards the next thing.

For instance, I'm just about to take possession of a brand new truck and trailer and people have said to me, 'Andrew, you should be starting to slow down,' but I'm not interested in doing that. I'm interested in being out there, I always like to be at the pointy end of whatever I'm doing.

7 time Olympian Andrew Hoy is answering questions live around his sport of Eventing and plans for the Tokyo Olympics in 2021.