Stratton and Gregson through to finals

ATHLETICS: Brooke Stratton and Genevieve Gregson will duel for medals in the women's long jump and women's 3000m steeplechase respectively after progressing through their qualification rounds at the Olympic Stadium.

Not to be outdone, London 2012 Olympic finalist Steve Solomon has stormed home for second in his 400m heat to set a new personal best and automatically progress to the semi-finals.

A leap towards medals by Stratton

Australian record holder Brooke Stratton has progressed to the final of the women's long jump, soaring 6.60m (w: -0.7) with her first attempt to ensure her a start in the medal round.

Stratton is a Commonwealth Games silver medallist and has a performance better than her Rio 2016 7th place in her sights. Her series this morning also included leaps of 6.44m (w: +0.8) and 6.34m (w: +0.5). She scraped into the final but room for improvement.

"I was so stressed out there, it's good to get the job done and now I'll refocus for Tuesday's final," Stratton said.

"I was so nervous today. I haven't competed at this level since Doha (world championships) in 2019. It's been a long time between high level competition, having had so much of last year at home and not going overseas this year.

"I'm so stoked, that's what qualifying is all about, just getting it done no matter how hard it is. I'm really looking forward to what comes next."

No Australian has won a medal in the women's long jump at the Olympic Games, with Bronwyn Thompson narrowly missing in 4th place at Athens 2004. 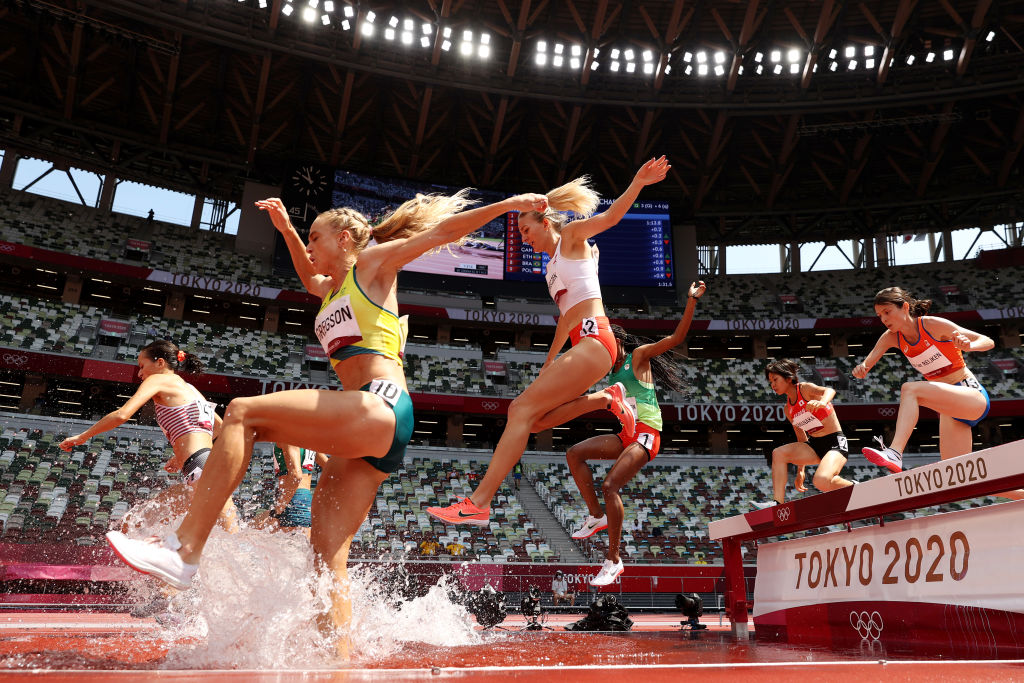 With the temperature at 37 degrees it was tough going in the 3000m steeplechase heats but the Aussies ran well. Three-time Olympian Genevieve Gregson, 31, clocked 9:26.11 to place 6th in her heat and advance to the final on time.

Gregson is now focused on resting and recovering for the medal round, confident that she can put together a race that challenges her personal best time of 9:14.28 set in Paris in 2016.

"I'm relieved. It was not my best effort, so to be lucky enough to get another chance as the last qualifier in. I feel like I can come out and put together a better effort in the final," Gregson said.

"A few weeks back I knew that I was in the best shape ever. Monaco was a small field and I did a lot of the work alone. There's been a few speed bumps since then, I knew today might be a bit rusty, but I knew that if I got out there and progressed to the final I'd be confident enough to PB and deliver in the final." 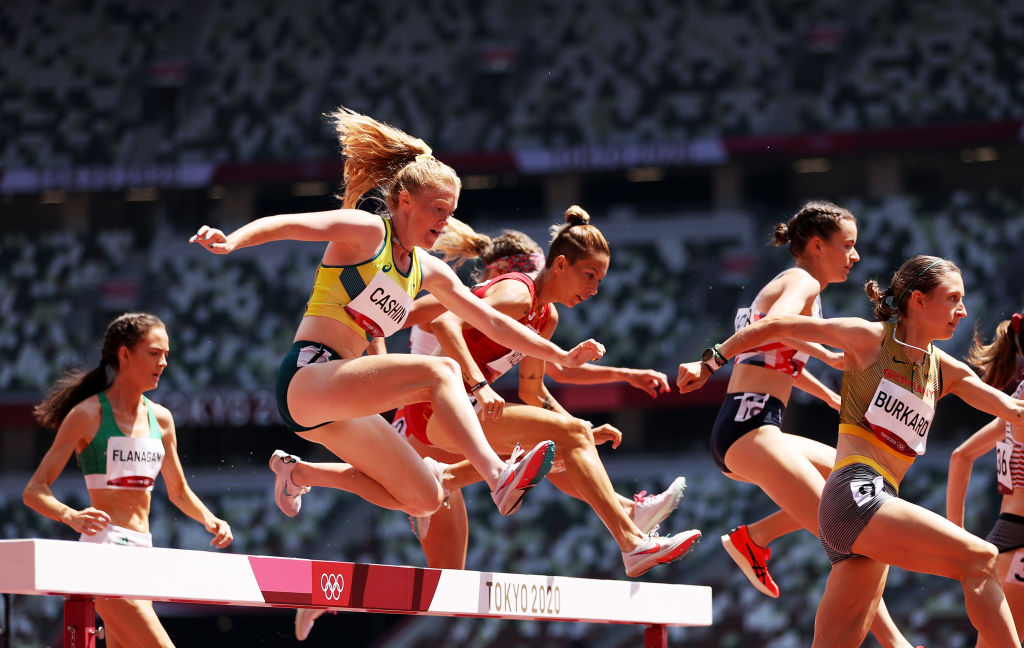 Gregson was joined in the heats of the women's 3000m steeplechase by Olympic debutants Georgina Winkcup and Amy Cashin.

Winkcup competed in the first heat, crossing the line in 9:59.29, while Cashin navigated multiple athletes falling in front of her early in the race to cross 11th in her heat in a time of 9:34.67. The run was not far outside Cashin's personal best and Winkcup will learn a lot from the experience. 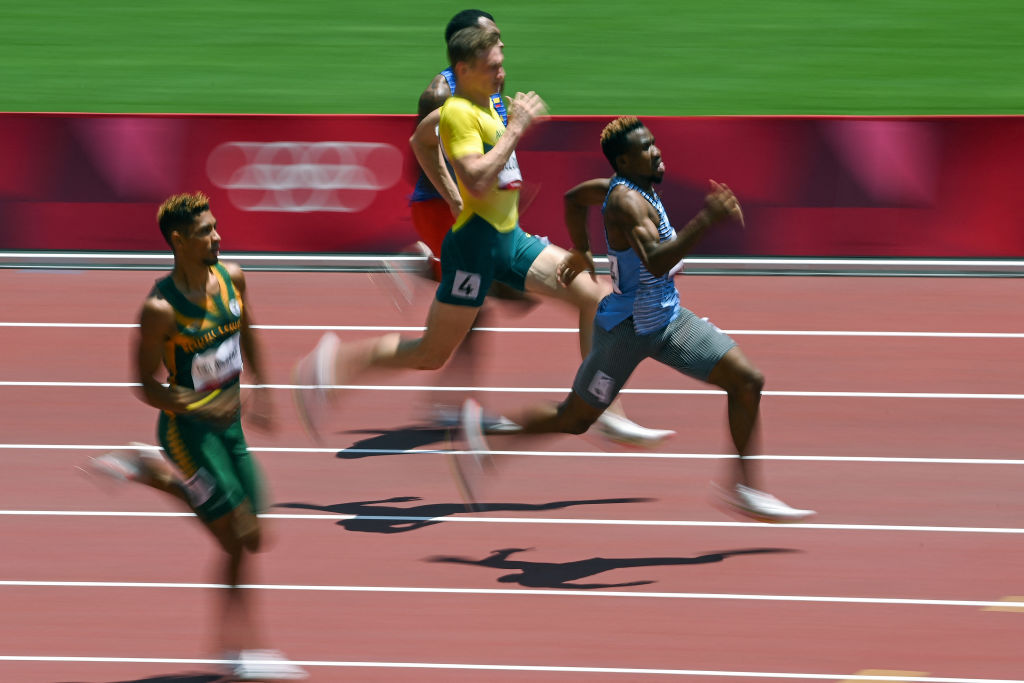 Steve Solomon has turned back the clock, with a stunning personal best run of 44.94 to cross second his heat of the men's 400m.

Ensuring his automatic progression to the penultimate round, Solomon, who made the Olympic final as a 19-year-old in 2012 and last ran a personal best time in the semi-final in London, looked strong down the back straight before charging home to challenge for the win.

"I'm really, really happy with that. It felt great. I was most impressed that I was able to do that having come into the competition quite under-raced, with a rocky 12 months of injury," Solomon said.

"I have great confidence for tomorrow's semi-final. The plan was to power home late, it's my strategy, making the last 50 metres count. It's great to be able to carry the performance through to the line.

"The first time I made a final I was 19. Nothing was expected of me, and there's a tailwind that comes with that. I know I can do it and I've shown I'm in personal best shape."

Not to be outdone, Beck achieved every Olympic debutant's dream by running a personal best when it counted. 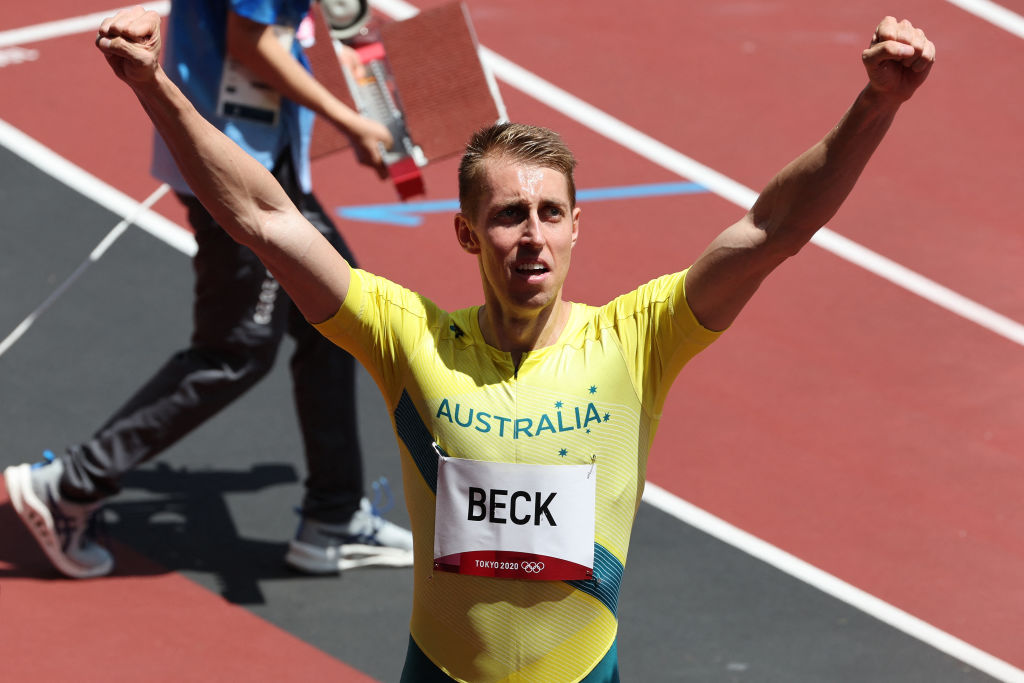 Stopping the clock at 45.54 in his heat of the men's 400m, the performance was special for Beck who has previously donned the green and gold in the relay at the World Athletics Championships and the 400m and relay at the Commonwealth Games.

"Unbelievable. My race plan was to hang with the best in the world at 300 metres and see what I had left. If I'm honest, I was probably surprised with where I was compared to where I thought I'd be," Beck said.

"It was exciting and that last 100 metres was gutsy. To walk away with a personal best is so, so special. Anything more than this is a bonus, I've done what I came to do and can build from here."

Beck was agonisingly close. The six fastest non-automatic qualifiers progress and he was seventh and missed by 0.03 seconds.

Solomon is Australia's most recent finalist in the men's 400m, with a silver medal by Rick Mitchell at Moscow 1980 the best ever performance by an Australian.

Starc and Browning to lead Aussies in Sunday's evening session

There is plenty to do look forward to in the evening session on Sunday at Tokyo Olympic Stadium from 8pm-11pm AEST.

Brandon Starc will start the green and gold charge in the men's high jump. Starc starts in the final at Tokyo 2020 after narrowly missing the duel for medals at Rio 2016, where he placed 15th. He has since won gold at the Gold Coast 2018 Commonwealth Games and improved his personal best to a mark equal to the national record of Tim Forsyth – 2.36m.

In the qualification round, Starc cleared 2.28m to ensure his progression. At the 2019 World Championships he jumped 2.30m to finish sixth. The men's final competition starts at 20:10pm AEST.

Clay is looking to emulate the performances of Olympic record holder, Sally Pearson, by making the final of the sprint hurdles at her maiden Olympic Games. Clay will run at 8:50pm AEST.

Bol clocked a national record 1:44.13 to finish automatically progress to the next round on day two of athletics competition, with four-time Olympian Riseley and debutant Hunter both progressing among the six non-automatic qualifiers. Semi-finals start at 9:25pm.

Rohan Browning rounds out the schedule when he bursts from the blocks in the semi-final of the blue-riband men's 100m. Browning's impressive heat win in a personal best of 10.01 seconds makes him the fastest Australian in an Olympic Games ever. A berth in the final would make him the first to do so since John Treloar placed 6th in 1952. The semi-finals start at 8:15pm and the final at 10:50pm AEST.