Twenty years ago, a young Indigenous girl sat glued to the tv, watching in awe as Cathy Freeman inspired the nation at the Sydney 2000 Olympic Games.

NAIDOC WEEK: Twenty years ago, a young Indigenous girl sat glued to the tv, watching in awe as Cathy Freeman inspired the nation at the Sydney 2000 Olympic Games.

Strong-willed and determined, even as an eight-year-old, the young girl thought to herself, "that will be me one day."

Fast forward to 2020, and Taliqua Clancy has become an exciting talking point for both Australian and international sports fans.

Making up half of one of Australia's most successful sporting partnerships, Clancy and her beach volleyball partner Mariafe Artacho Del Solar spent the most part of 2018 annihilating their competition and creating Aussie history for their sport. 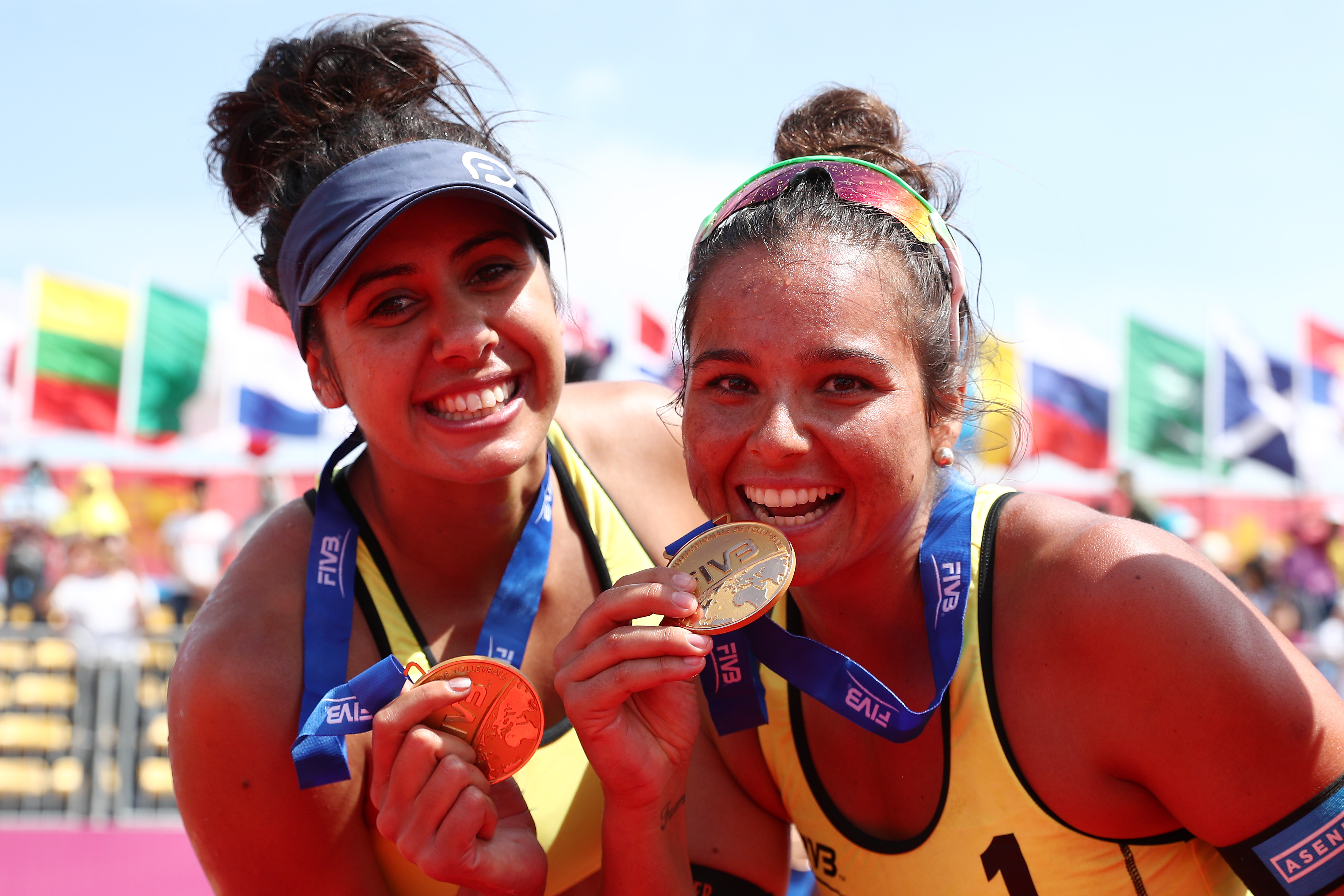 In their first season together, the dynamic duo claimed the most titles ever won by an Australian men's or women's beach volleyball team, ending their 2018 season ranked within the top five in the world. By July 2019 the duo reached world number 2 status and became the first Australian beach volleyball team to win a World Championship medal since 2003, winning bronze in Germany.

Clancy saw a meteoric rise to success, but there is more to this down-to-earth 26-year-old than meets the eye.

Born in Kingaroy, in rural Queensland, Clancy lived over 200km from the nearest Australian coastline. Getting to the beach was a six-hour round trip for Clancy and her mum, Shannon.

Clancy was always a sporty kid growing up, naturally gifted with athletic ability, as a child she tried her hand at netball, touch football and swimming, with her mum driving her several hours across the countryside to participate in her myriad of sporting ambitions.

It wasn't until high school that Clancy found indoor volleyball and was quickly identified as promising talent.

Chasing her dreams of becoming an Olympic athlete seemed out of reach while living in the peanut capital of Australia, so at 15 the statuesque teenager traded in the agricultural lifestyle of Kingaroy, for a scholarship at the Queensland Academy of Sport, where she found beach volleyball.

Before long, Clancy caught the attention of the Australian Institute of Sport, who snapped her up for their national program based in Adelaide.

It was just six years later at Rio 2016 that Clancy became the first Indigenous Australian beach volleyballer to represent her country at an Olympic Games. 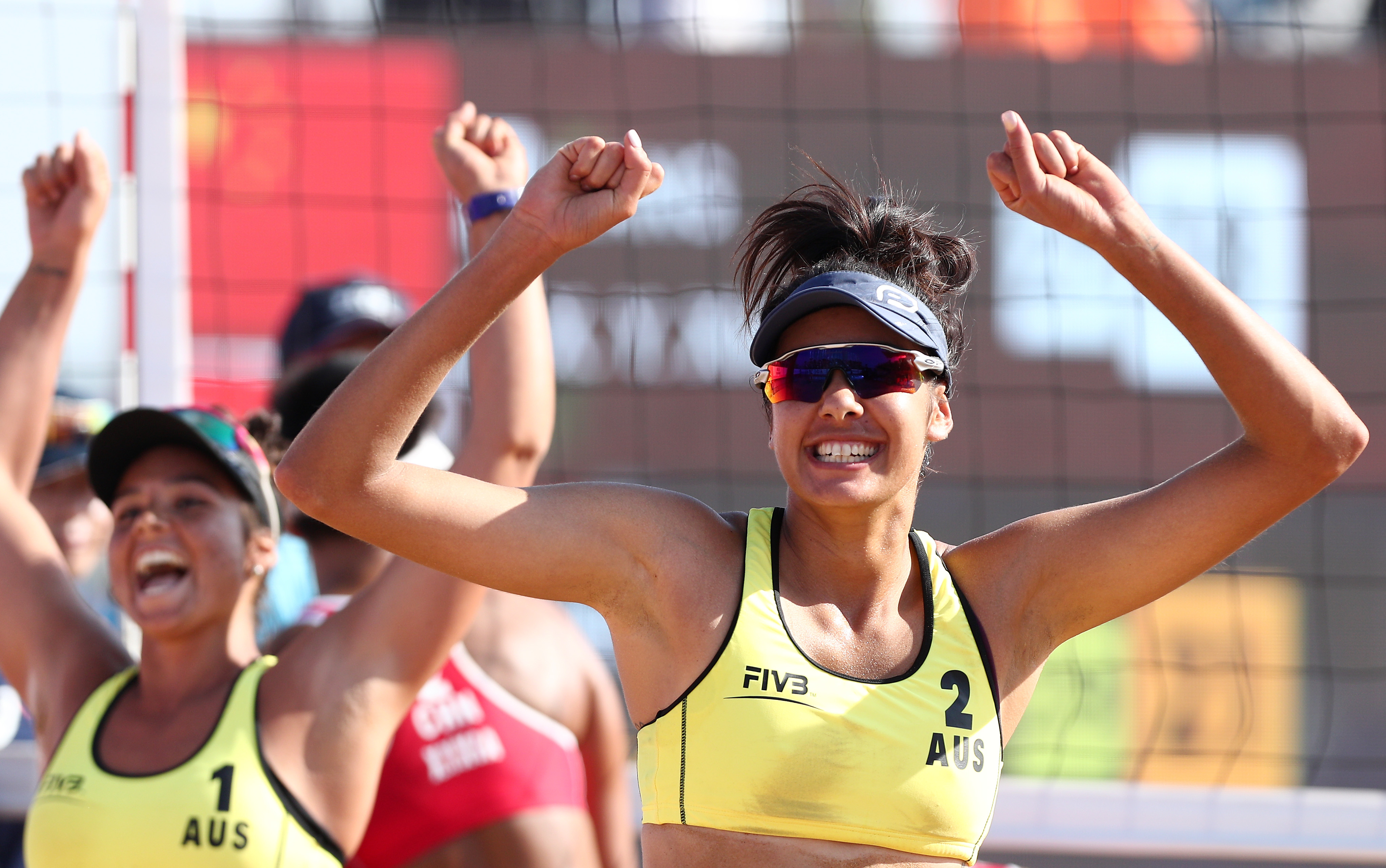 Despite her move to the big city and her newfound sporting success, Clancy never strayed far from her heritage, returning to remote Indigenous communities to inspire the next generation of young prodigies.

The program aims to improve school retention rates and connect students with their Aboriginal culture, community and environment, while educating them on how culture shapes identity, especially in the transition from adolescence to adulthood.

"I was extremely fortunate that my coach was a Port Adelaide supporter and was connected with Paul Vandenbergh who runs the Aboriginal Power Cup program," Clancy said.

"The program delivers modules that are based around healthy living, nutrition, fitness and the importance of connecting with your culture.

"I'm still educating myself about the history of our culture but staying connected to my heritage is extremely important to me, so being able to share that with these students is pretty special," she said.

"We have a pretty dark history here, and I'm very proud to represent Australia, but I am even prouder to represent my people." 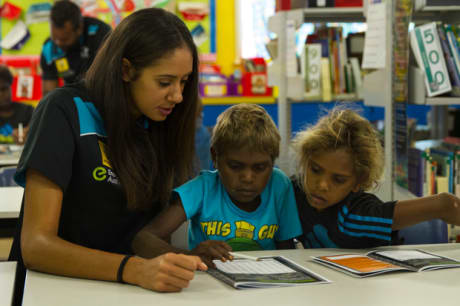 The Rio Olympian can relate to the students she mentors, as schooling was never her first love, but she knows how important it is to provide children with the tools they need to succeed and do it in a way that keeps them engaged.

"Even though I didn't grow up in an Indigenous community, I never particularly loved schooling or education, but having such a unique program where you enjoy growing and learning is really important," she said.

"They incorporate rewards like being able to design your own guernseys for your school and play in an AFL game, as encouragement for consistent school attendance, results and behaviour."

Clancy hopes she can encourage Indigenous youth to find a path they are passionate about and pursue it without hesitation.

"From a young age I was very clear that I wanted to go to the Olympics and be a professional athlete.

"I'm a pretty strong-willed person, when I want something there isn't really anything that is going to stop me," she said. 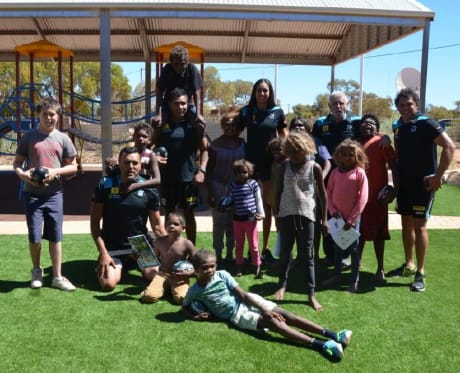 "I hope these kids see me as someone they can look up to and see the opportunities they can have, if they work hard and follow their dreams."

Clancy is incredibly grateful for the opportunities she has had, allowing her to be in a position where she can make a real difference.

"Being able to inspire my community… It's indescribable, it's such an honour because I love representing my people.

"There are so many great athletes out there, especially Indigenous Australians like Cathy Freeman.

"She was the one who really paved the way for young Aboriginal people and athletes coming through, to really aim high and never put limitations on yourself," she said.

The advice Clancy wants to pass on to the Indigenous youth of today is to run their own race and trust in their own ability, just as she did throughout her own journey.

She shares the message that the path to success is never easy, but with the right attitude and self-belief, anything is possible.

"Follow your dreams but make the journey your own.

"Don't ever let others try to distract or discourage you from your goals, there is more than one way to succeed, you just need to stay true to yourself."