Australia's Olyroos will make a welcome return to the Men's Football Tournament at the Olympic Games on this evening, with the team kicking off their first participation at the Games since Beijing 2008 with a clash against Argentina in Sapporo.

Australia's men's football squad for Tokyo 2020 features players currently plying their trade in the A-League, Australia's top-flight of professional football, as well as in the United Kingdom and Asia.

Clubs and fans from Australia, the Premier League (England), Championship (England), League One (England), Saudi Arabia, and Japan will all be watching on as players contracted to their teams make their Olympic bows. Unlike the Women's Football Tournament, Men's Football at the Olympic Games is age-restricted, however each squad is permitted to select three "overage" players.

As such, the Olyroos' youthful squad is made up of players aged between 19 and 24, with just one outlier – 30-year-old attacker Mitchell Duke is the team's sole overage player.

Australia's Head Coach Graham Arnold regularly proclaims that the "strength of the Socceroos is the Olyroos", however at Tokyo 2020 the experienced mentor – who has attended three Olympic Games in the past (Seoul 1988 as a player, Athens 2004 as an Assistant Coach, and Beijing 2008 as a Head Coach) – will have seven players to call upon that have already made their senior national team debuts. 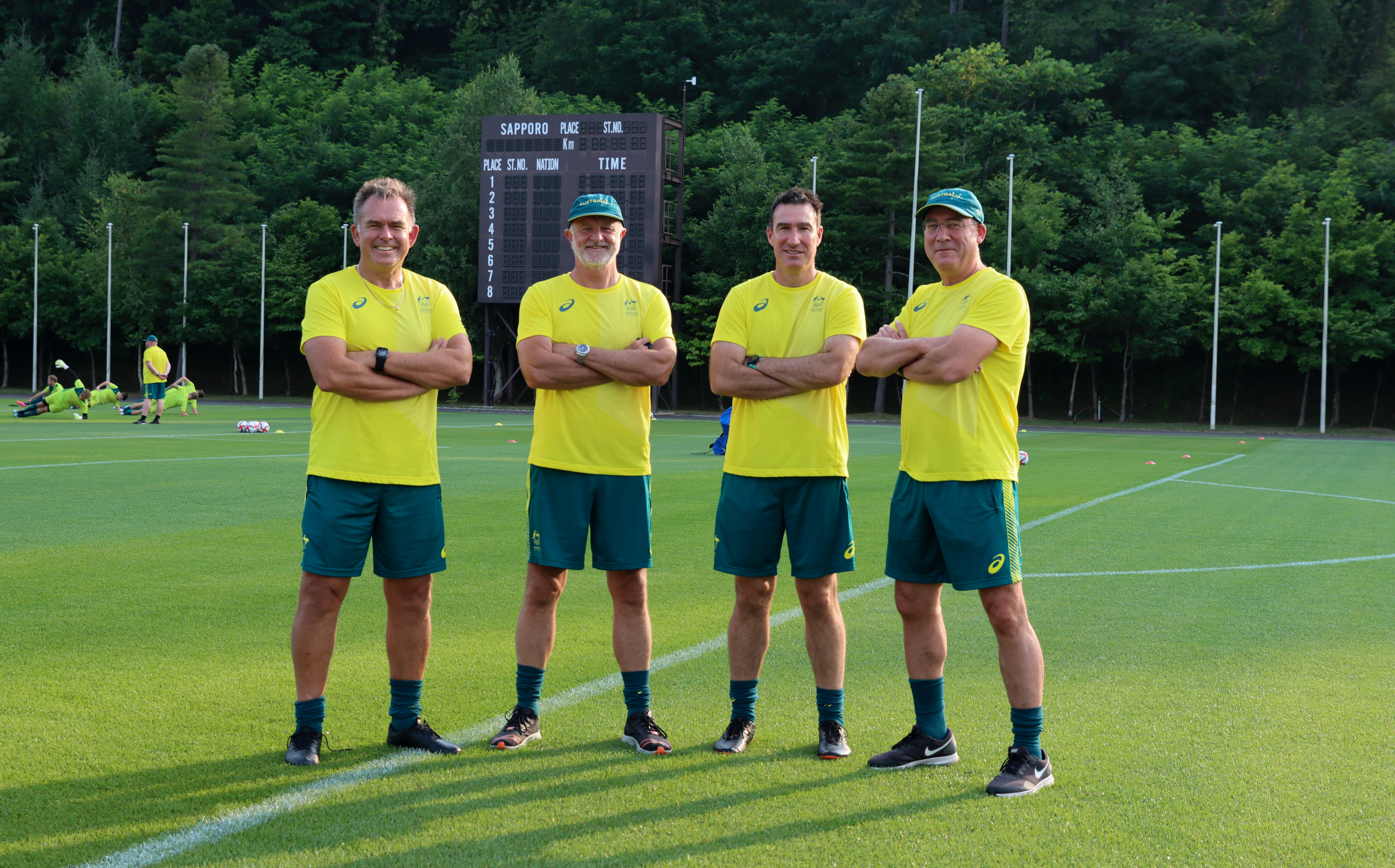 Leading the team from the back will be Japan-based defender Thomas Deng, and tall, Scotland-born centre-back Harry Souttar. Likely to be among the first names on Australia's team sheet, both players enter Tokyo 2020 with sound experience at club level and in the green and gold.

Urawa Reds (Japan) defender Deng made his senior national team debut in October 2018 against Kuwait and has captained Australia regularly at youth level, including throughout Australia's Tokyo 2020 qualification campaign.

Stoke City FC (England) stopper Souttar, who was born in Aberdeen (Scotland) however qualifies to represent Australia thanks to his mother having been born in Port Hedland, has become a cult hero for Australian football fans over the past two years. Since making his debut for the Socceroos in October 2019, Souttar has scored a stunning six goals in just five senior international appearances for Australia and will be a key man for the Olyroos in Japan. Defenders beware when big Harry heads forward for corners and free kicks!

Five other Olyroos at Tokyo 2020 have already appeared for the Socceroos and will bring those top-level experiences into Australia's set-up. Expect Connor Metcalfe, Denis Genreau, and Riley McGree – who each made their Socceroos debuts in FIFA World Cup qualifying last month – to make a significant impact in midfield, while Mitchell Duke will have a key role to play in attack. Daniel Arzani – the youngest player at the last FIFA World Cup in Russia – could be an ace up Arnold's sleeve.

The Men's Football Tournament at Tokyo 2020 is one of just two Olympic sports – softball and football (women's and men's) – that will commence before Tokyo 2020 officially does. Kicking-off on July 22 a day before the Opening Ceremony, the Men's Football Tournament features 16 teams from across the globe, with Asia (3 slots), Africa (3 slots), North and Central America (2 slots), South America (2 slots), Oceania (1 slot), and Europe (4 slots) making up 15 of the 16 competing nations. At the Host of Tokyo 2020, Japan automatically qualified for the Tournament.

The 16 nations have been divided into four groups of four, with each nation playing three 90-minutes matches throughout the group phase. In the group stage, teams are awarded three points for a win and one point for a draw. No points are awarded for a loss. Following each side's three pool matches, the top two teams in each group will advance to the quarter finals. During the knockout stage, the teams will go head-to-head for 90 minutes with the winner advancing. In the event the scores are locked after 90 minutes, 30 minutes of extra time is played before a penalty shoot-out is needed to separate the teams.

After failing to qualify for London 2012 and Rio 2016, the Olyroos are finally and joyfully back on the Olympic stage. Australia's association with the Men's Football Tournament at the Olympic Games dates back to 1956 when the team competed on home soil in Melbourne, and from Seoul 1988 to Beijing 2008 the team didn't miss a Games. The return of the Olyroos to the Olympic arena is in itself a fillip for the sport of football in Australia, given many of the players that have represented Australia in men's football at the Olympics in the past have gone on to have significant international careers for both club and country.

On the pitch it will be fascinating to see how Graham Arnold's young charges rise to the challenge. Argentina, Spain and Egypt enter the Men's Football Tournament as some of the strongest football nations in their regions, however in the build-up to Tokyo 2020, Arnold has labelled Group C as a "Group of Dreams" and has challenged his group to seize their opportunity to "shock the world.

"We come into this tournament with great expectations to go far in the tournament and win games," Arnold said at Tuesday's pre-tournament press conference at the Sapporo Dome. "I truly believe a lot in this group. It's a young group but they've got a lot of energy.

"I expect some of our players to take the tournament by storm. We've got a great, talented squad. There's great belief in the squad. That (belief) is so crucial – the boys mentally believing heavily that we can shock the world and that is the intention." 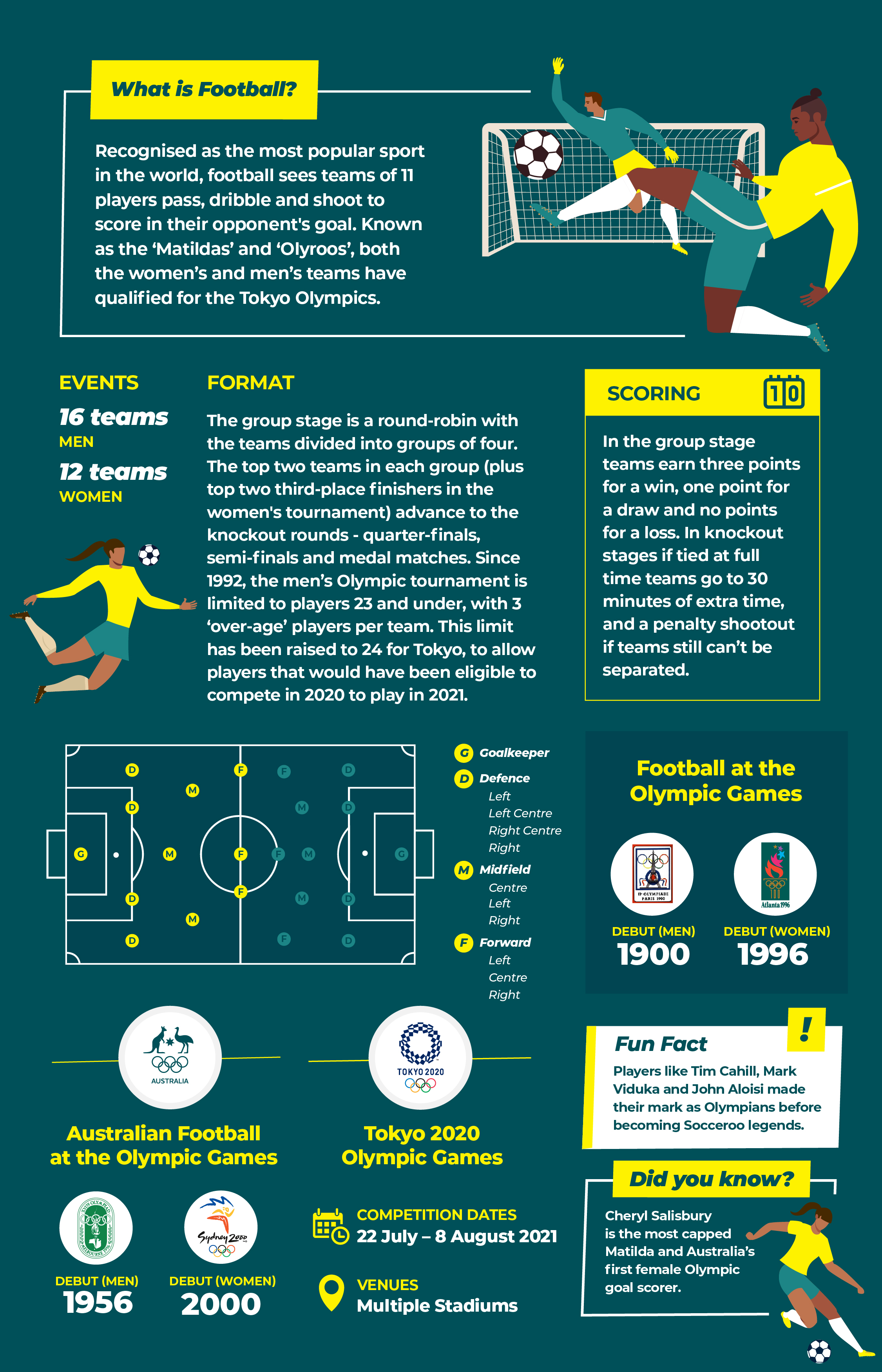