Born in 1882 in Vegetable Creek, now Emmaville, in northern New South Wales, Thomas (Tom or Rusty) James Richards was playing rugby union in Charters Towers, Queensland when he was selected in the 1908–09 Australian squad, the First Wallabies.

He was a member of the team that won the gold medal at the 1908 London Olympic Games, scoring a spectacular try in the Olympic match.

The outstanding play of the brilliant back-rower during that tour was met with critical acclaim from the British press. 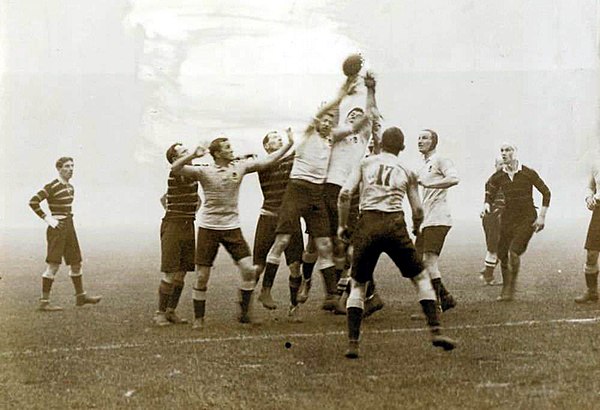 The trophy for competition between Australia and the British and Irish Lions was named the Tom Richards Cup in 2001 because of his being the only Australian-born player to turn out for both sides in Test matches.

He toured North America as one of the senior players with the 1911–12 Australian team.

Richards enlisted for World War I, on 26 August 1914, and embarked for overseas two months later as a private with the 1st Field Ambulance.

He landed at Gallipoli on 25 April 1915. In the Greg Growden-edited Wallaby Warrior: The World War I diaries of Australia’s only British Lion, Richards said on the eve of the landing, ‘I don’t feel the coming danger any more than I have felt anxious the night before an international football match’.

His gallantry as a stretcher-bearer on the Gallipoli Peninsula in May and June was acknowledged in divisional orders. 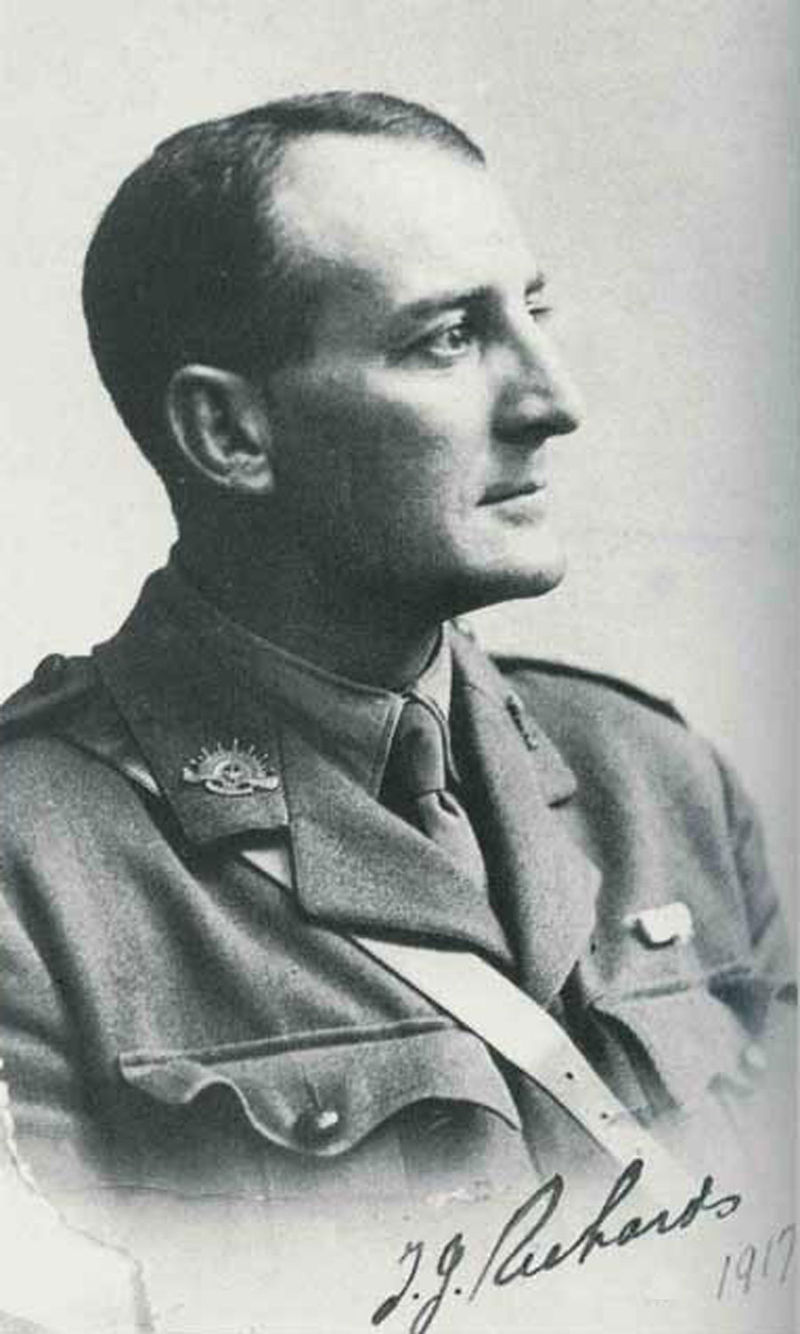 After the evacuation of Gallipoli in December 1915, Richards soon found himself on the Western Front and ultimately in the 1st Infantry Battalion.

Whilst at Gallipoli and in France he crossed paths more than once with his friend, fellow London 1908 rugby gold medallist, Syd Middleton.

By war’s end, the now Lieutenant Richards had been wounded a number of times and been awarded the Military Cross in August 1917 for ‘gallantry and devotion to duty’ near Bullecourt the previous May.