A month after snapping his collarbone in a training crash, Olympic moguls silver medallist Matt Graham has defied the odds, resuming practice just weeks away from the start of the Beijing 2022 Winter Olympics.

Matt underwent surgery straight after the fall at the Idre Fjall World Cup event in Sweden, but incredibly he's back practising jumps at the Geoff Henke Winter Olympic Training Centre in Brisbane, as he aims to compete in his third Olympic Games.

On a day where Genting Snow Park, which hosts the Olympic moguls competition, hit a low of minus 19 degrees, the 2021 overall moguls World Cup champion launched off the ramps into the pool in 30 degree Brisbane heat. 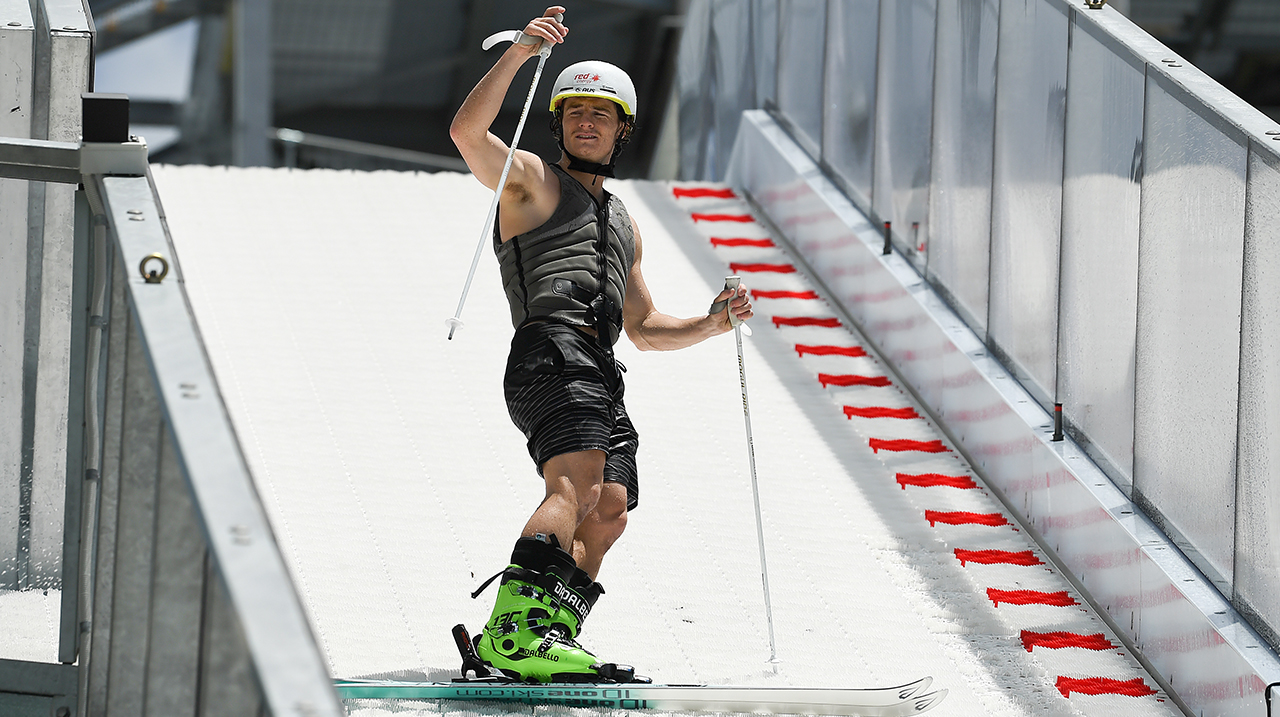 While training in summer on a water ramp just 22 days before the Winter Olympic Opening Ceremony is an enormous change to the skier's normal preparation, the 27-year-old from New South Wales' Central Coast is taking on the challenge.

"It's bizarre being here in an Australian summer only 22 days out from my Olympic competition, but exciting too," Matt said. "It's super important and beneficial to be able to use this facility and there is nowhere else in the world you can do this right now."

"I got surgery four days after the injury, it put a plate there with 13 screws, it's all bolted together, strong and sturdy which is good. It's all come really good in the past seven days and today was the first day giving it it's real test.

"Today I put the shoulder through the paces, getting in the air again to regain that confidence. I went through the skills I'll perform in Beijing – I haven't been off the snow for too long, so today it was good to get the feelings and sensations back.

"I've remained really positive throughout this period. Getting there is the first challenge, and once I'm there, I want to be fit and healthy and compete at 100%. Coming off the last Olympics, winning silver was a career highlight. I'd love to go one better, for me it's about focusing on my own performance, run by run.

"I have high expectations of myself and what I want to achieve in Beijing. Having this injury, it's not ideal but it works in my favour to have all of my experience from previous Games behind me." 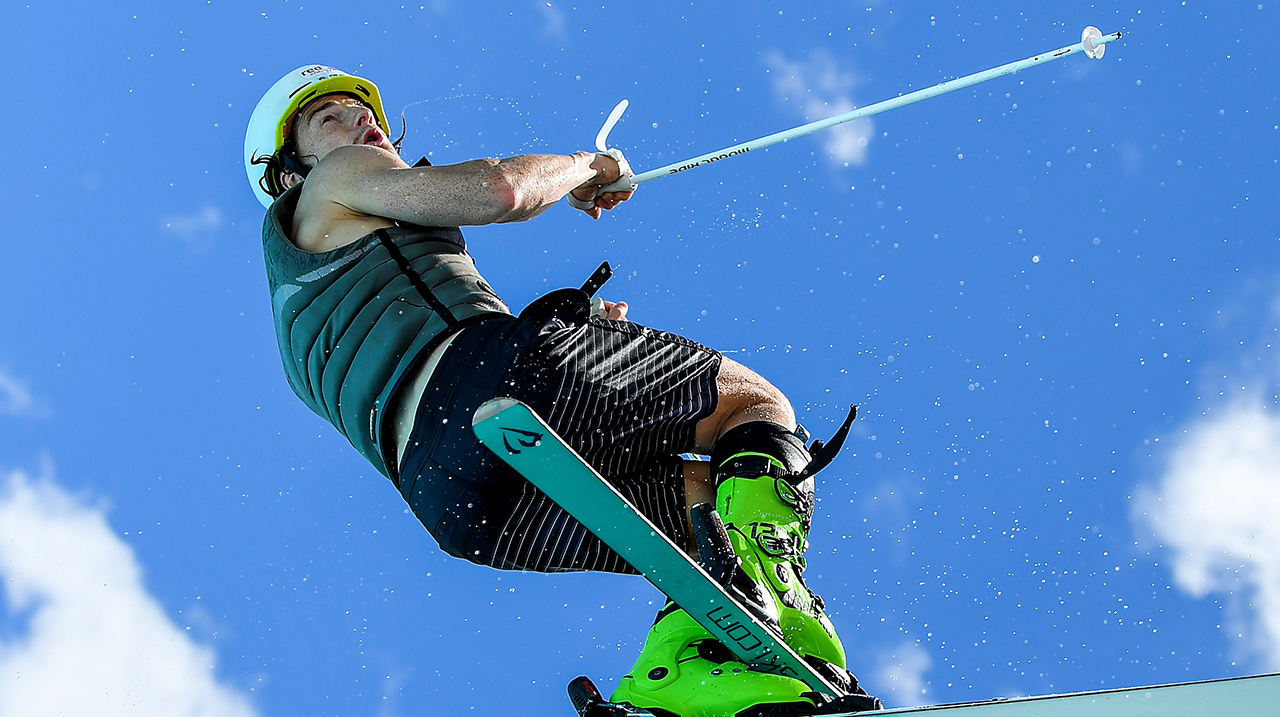 Matt will fly to Ruka, Finland this weekend to rejoin the Australian moguls team, for final preparations on snow before the Games.

The facility, a $6.5 million collaboration between the Australian Government through the Australian Institute of Sport, Queensland Government, AOC and Olympic Winter Institute of Australia (OWIA), opened for testing in November 2020 ahead of its official Opening in May 2021 and has already seen Australia's aerials and moguls teams hone their skills in the leadup to Beijing 2022.

"Matt is a champion in every sense of the word," Mr Lipshut said. "He's attacking his recovery and disrupted preparation for Beijing with the same determination and courage as he shows skiing down the moguls courses on the world's biggest stage.

"This facility is already showing its incredible value. To allow for Olympians like Matt to use Brisbane as a home base just weeks before an Olympic campaign is something only Australian athletes now have at this time of the year.

"I look forward to seeing Matt continue his recovery and getting back on the slopes soon, with the help of the fantastic Geoff Henke Olympic Training Facility in Brisbane."