Wilson created her own piece of Olympic history, becoming the first Australian women to skateboard at the Olympics when she competed in the debut of the Street competition.

With Australian Chef de Mission Ian Chesterman watching in the stands, Wilson produced a dynamic second run as she showcased the skills that have made her a five-time national champion and ranked in the top 10 in the world.

Street Skater Hayley Wilson about to kick off her #Tokyo2020 Olympic campaign!

Watch live and free on Seven and @7plus.

But the teenager was unable to execute her first four tricks following the two timed-runs, suffering a couple of tough falls and failing to qualify for the final.

"Definitely not my best performance but I had fun out there and tried my best," Wilson said.

"I was stoked to put something on the board, I was a bit upset I couldn't do that for the first run, but it is what it is. We're at the Olympics, like, what more could you ask for, it's an amazing experience."

While it was a disappointing end to the competition, Wilson can see a bright future for a sport that is attracting more and more female participants.

"When I started I was like, I don't see any other girls,  so you think you're the only one," Wilson recalled about starting out in the sport.

"I mean it's pretty crazy and now here's thousands of them out there. Ever since it got announced into the Olympics, I think women's skating has just grown. 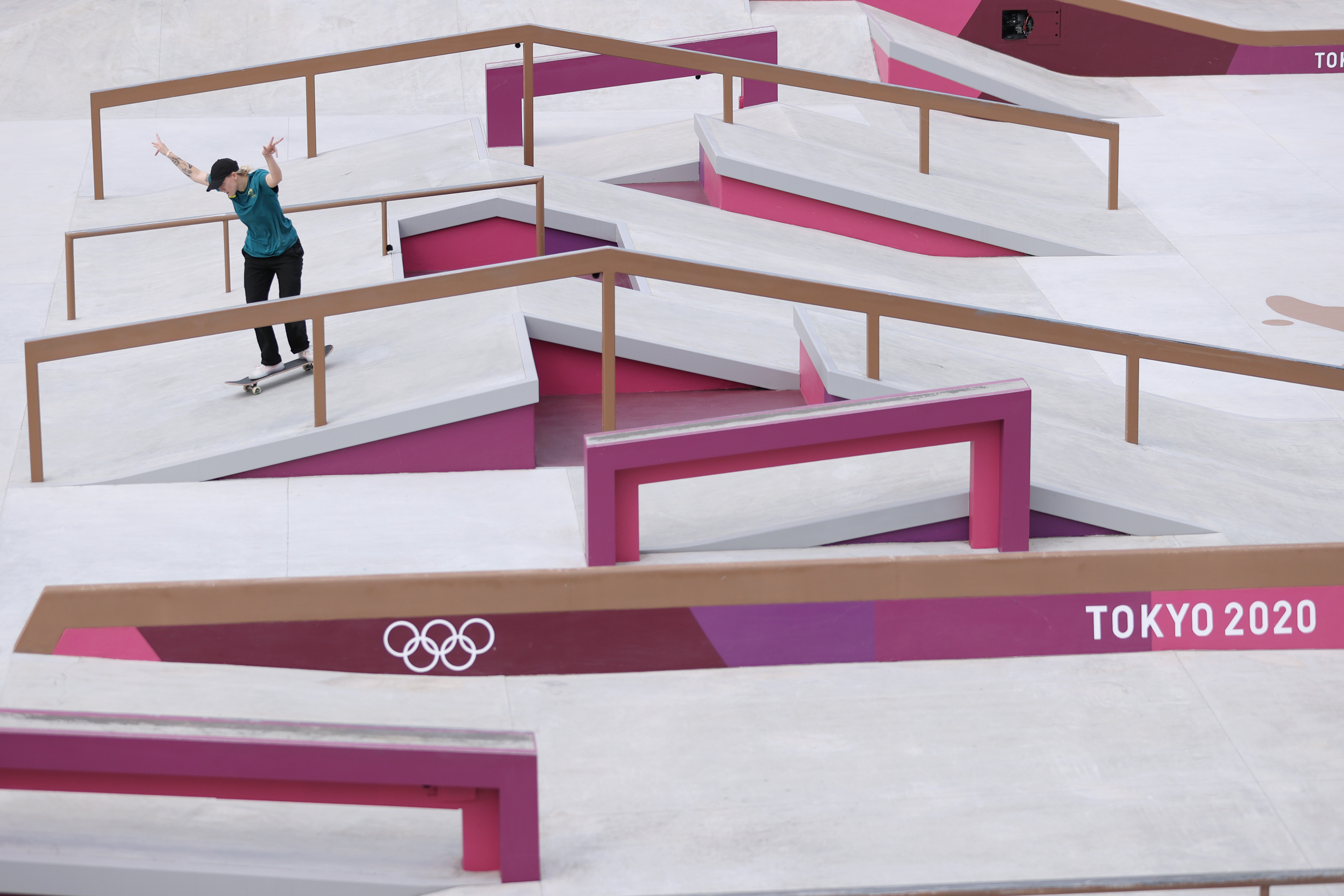 Meeting USA basketball star Kevin Durant and the likes of Matildas star Sam Kerr in the Village has added to the Olympic experience for Wilson.

"It's so amazing to be given the opportunity to represent my country and make them (family and friends) proud," Wilson said.

"It's something that I'll hold forever."

Wilson's coach Kat Williams said she could not be prouder of the talented teenager.

"Throughout Covid, so many things shifted and changed and stuff for her," Williams said.

"Watching her turn into the person that she is and  maturing through all the setbacks and injuries and everything that she has, to come through and enjoy this experience,  I am insanely proud of her."