Jared Tallent was one of six children raised on a potato farm near Ballarat, Victoria. He lost his right index finger in a potato grading machine as a toddler and strode into history at the 2008 Beijing Olympic Games - completing a rare double by winning medals in both walking events.

Six days after he won bronze in the 20-kilometre race, he collected silver in the 50km event. It was the first time a male Australian track and field athlete had won two medals at a single Games in more than a century: Stan Rowley performed the feat when he won three bronze sprinting medals at the Paris Games in 1900, and Edwin Flack won gold in the 800 and 1500 metres at the first modern Games in Athens in 1896. The last female track and field athlete to do so was Raelene Boyle, with two silvers in Munich in 1972. 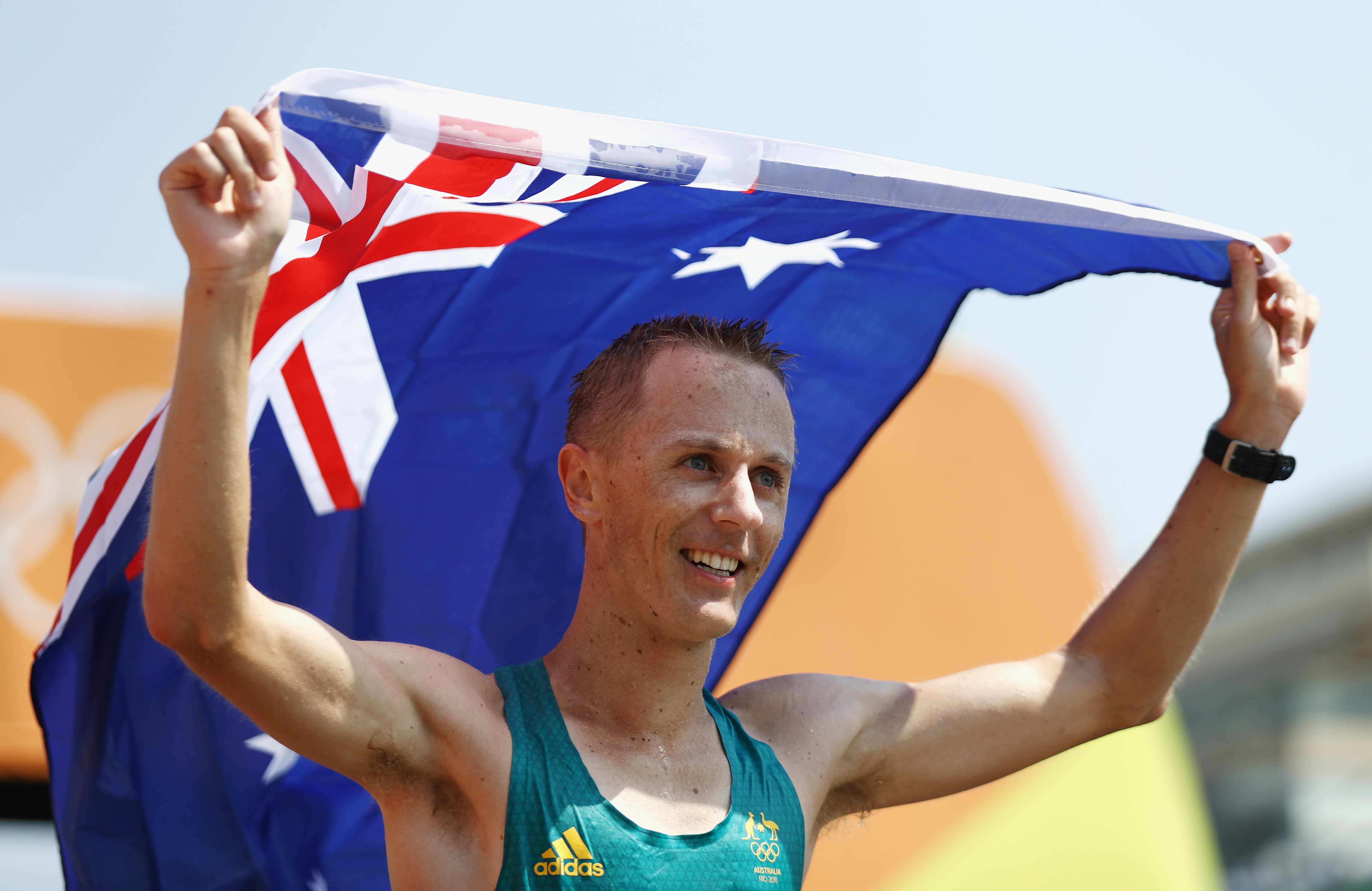 Tallent's Games campaign had been overshadowed by that of his fellow-walker Nathan Deakes, who had won the 2007 world 50km championship, having set a world record for the distance earlier in the year. Deakes had been a favourite for Beijing until injury forced his withdrawal from the Australian team. Having won gold at the 2010 Commonwealth Games he returned to Olympic competition in London in 2012 where he again lined up in the 20km and 50km events. He matched his 2008 performance in the 50km walk, setting a new personal best time as he came in second behind Russia's Sergey Kirdyapkin.

1405 days later in Melbourne, Tallent was presented with the gold medal after the Russian was disqualified for doping. He became only the seventh Australian man to win Olympic gold in athletics. Earlier in the Games, Tallent finished 7th in the 20km event 1:16 behind China's Ding Chen.

At Rio 2016, Tallent added his fourth and final Olympic medal, silver, to his tally when he came second in the 50 km walk. His success across three Games made him Australia's most prolific male track and field Olympic medallist.