Australia sent a Team of ten athletes to Italy with Frank finishing 54th in the Slalom and 80th in the Giant Slalom.

Frank migrated to Australia in 1950 after fleeing communist Czechoslovakia, along with his sister Sasha, herself a Czech Winter Olympian, and her husband Karel Nekvapil.

Frank and Karel made their daring escape from Czechoslovakia on skis, while Sasha absconded from the returning Czech Winter Olympic Team shortly after the 1948 Olympic Games in St Moritz.

“Our winter Olympians stand on Frank’s broad shoulders as a trailblazer. 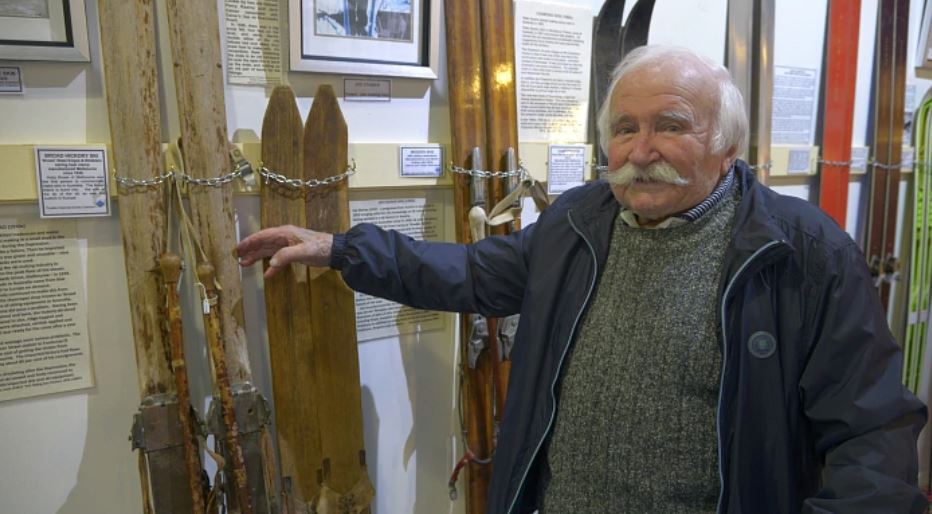 “Australia is so fortunate that he chose to make this country his home and more fortunate still, that he strived to represent his new home at the pinnacle of winter sports, the Olympic Games,“ Mr Coates said.

Mr Coates’ words were echoed by the President of the Czech Olympic Committee Jiri Kejval.

“On behalf of the Czech Olympic Committee I would like to pass on the warmest birthday wishes from the Czech Republic and congratulate you on your life-long achievements and dedication to sport,” Mr Kejval said.

After initially working in Melbourne and then Mt Buller as a lift operator and ski instructor, Frank eventually settled in Thredbo, NSW where he ran a souvenir shop and later volunteered at the local museum.

His sister Sasha had already established herself in Thredbo, building one of the first ski lodges in the township, with her husband Karel.

Today, only Frank remains of that pioneering Czech trio, having ended his skiing days not long after turning 90. His Olympic achievements are the most cherished of memories.

“It was a big thing, it meant a lot to me. I was very proud and humbled that after just five years, I was able to walk under the flag, representing Australia.

“Because of that, all I wanted was to do my best for my adoptive country.

“With hindsight, I refer to the Olympic Games as hard work and it was made harder due to the conditions. There was very little snow, so the terrain was very uneven.

“In the Giant Slalom I was quite nervous and got into the first gate, then had a fall.

“I did better in the Slalom, but I remember there wasn’t much snow. There were no snow-makers then, so they called the Fire Brigade who sprayed the whole slope with water which just created a huge, continuous ice rink down the slope.

“As a result, most of the skiers missed the gates because they slid out and couldn’t correct their course,” he explained.

“I did my best, but lo and behold, I started sliding out as well, and in those days, the poles were not like they are today, they were tree saplings firmly embedded into the ground, so I grabbed the inside pole and managed to get through the gate,” Frank explained.

Last month Frank was awarded the Snow Australia Medal to honour his contribution to snow sports in Australia.

The Czech Embassy in Australia is hosting a party in Thredbo today to celebrate Frank’s achievements.