The Australian Artistic Swimming team for Tokyo 2020 was announced today in Canberra, with four returning Olympians and four Olympic debutants named to the eight-strong team.

Australia are one of just ten nations qualified to contest the Team event in Tokyo, earning their quota with a strong performance at the 2019 World Championships in Gwangju, South Korea. 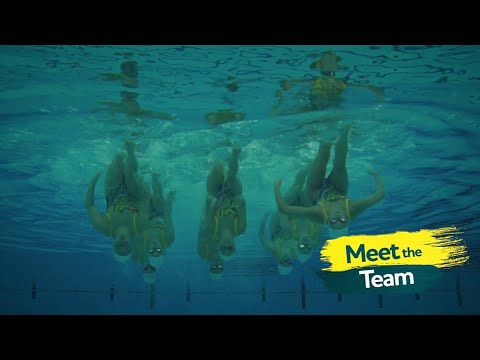 “It is a privilege to announce the Artistic Swimming for Tokyo 2020 today,” Mr Chesterman said.

“These are all athletes from a relatively small sport who have worked so hard and sacrificed a great deal to make it to Tokyo and represent Australia at the Olympic Games.

“Their selection is not only a great personal achievement, but it will also inspire the next generation of artistic swimmers to pursue their goals towards Paris 2024, LA 2028 and hopefully Brisbane 2032.

“To those off to their second Olympics, welcome back to the Australian Olympic Team and to the four first timers, congratulations and welcome aboard.

“Making an Olympic Team is a remarkable achievement, and it has been the work of many that have made this possible, so my thanks go to families, friends, coaches, support staff and everyone at Artistic Swimming Australia who have played a vital role in reaching this milestone.

“I look forward to following the team’s progress in the upcoming months as they build towards Tokyo 2020.”

At 18 years-old, youngest member of the team Kiera Gazzard is ecstatic to make her Olympic debut.

“This is a lifelong dream of mine,” Gazzard said. “I vividly remember watching the Beijing Olympics when I was seven saying to my mum I want to go to the Olympics – I can’t believe I can now look back and say I’ve done it, I’ve made an Olympic Team.

“It’s been an amazing experience to go through the training and selection camps with a bunch of girls that I look up to and have for many years, and will now share an Olympics with them.

The Sydney based athlete has been participating in Artistic Swimming since she was eight.

“I love Artistic Swimming as it combines so many elements of art and sport. You get to express yourself creatively, but only by pushing yourself physically and executing precise technical manoeuvres. I learn something new every training session.”

“Making this Team shows it’s about the journey and sacrifices we make, and that perseverance can end in this beautiful experience of the Olympic Games,” Thompson said.

“I had tried synchro when I was young and loved it, but there wasn’t a club near me. One day I found a flyer for a new club opening near us and it changed my life – if I hadn’t seen that flyer and given it a go I never would have been on this Olympic journey.”

The 24-year-old engineering student will contest the eight-person Teams event and the Duet with Amber Rose Stackpole.

“It feels so good to say I’m going to my second Olympics. It’s been fantastic to see the team grow and develop and be in the really strong place we’re in today, and I’m really excited to contest the Duet in Tokyo.

“While I love the performance aspect, making these incredible movements look effortless, I love the daily grind and small steps on the way. Achieving mini goals in a training session, sharing a laugh in a hard session with teammates, makes every day worth it.

“Sport has taught me when something goes wrong, I can deal with it piece by piece and overcome it - whether it’s a university assignment or something in daily life, there isn’t a challenge too big.”

“Artistic Swimming Australia, in partnership with the AOC, is delighted to present the 2020 Olympic team,” Ms Davis said. “From here on forward, it is all about teamwork and perseverance for these eight athletes.

“This is a seasoned team, four team members are Rio 2016 alumni, and ASAI is confident this experience will be met with success in Tokyo. Good luck to all the athletes in Tokyo, make Australia proud."

Artistic Swimming made its Olympic debut in 1984 (named Synchronised Swimming) and is one of only two events that is female only at the Olympics.