Swimmer Cate Campbell and basketballer Patty Mills have been named as Flag Bearers for the Australian Olympic Team at the Opening Ceremony of the Tokyo 2020 Olympic Games to be held on July 23rd.

Cate is also only the third flagbearer from swimming, following in the footsteps of Max Metzker (Moscow 1980) and Andrew (Boy) Charlton (Los Angeles 1932).

Both Cate and Patty are attending their fourth Olympic Games, having made their debuts in Beijing 2008. They will add to the list of 23 Australians who have previously carried the flag at a Summer Games, beginning with George Parker in Antwerp in 1920.

Patty Mills says the privilege is hard to wrap his head around.

“As a proud Kokatha, Naghiralgal and Dauareb-Meriam man it’s incredible. A very passionate moment I can feel in my bones. But what does it actually mean to me to be a flag bearer?

“My answer comes from how this particular person in past years, in this role, has impacted me. It’s leadership, representation and It’s insanely meaningful. It’s inspiring. It’s symbolic. It’s emblematic. 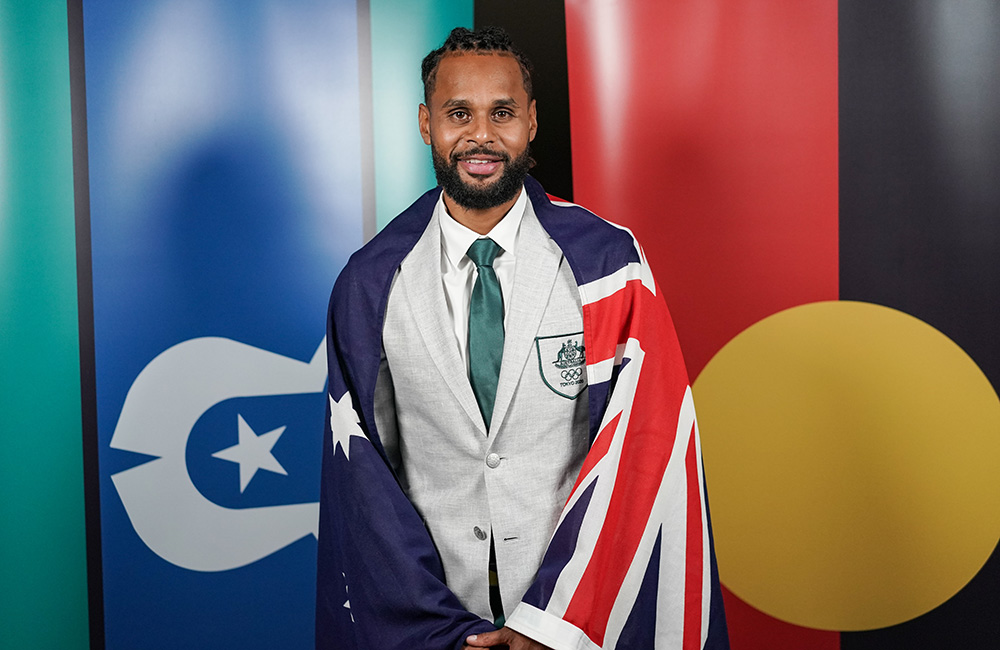 “Because those are the people I proudly represent and will carry the flag for. As the first Aboriginal & Torres Strait Islander flag bearer my connection between our country - the land, the sky, the sea, our culture, our history and this particular moment runs extremely deep.

Cate Campbell says she’s humbled to be selected – a particular honour for these Games.

“It's always an honour to represent Australia at the Olympics, but this year is even more special. 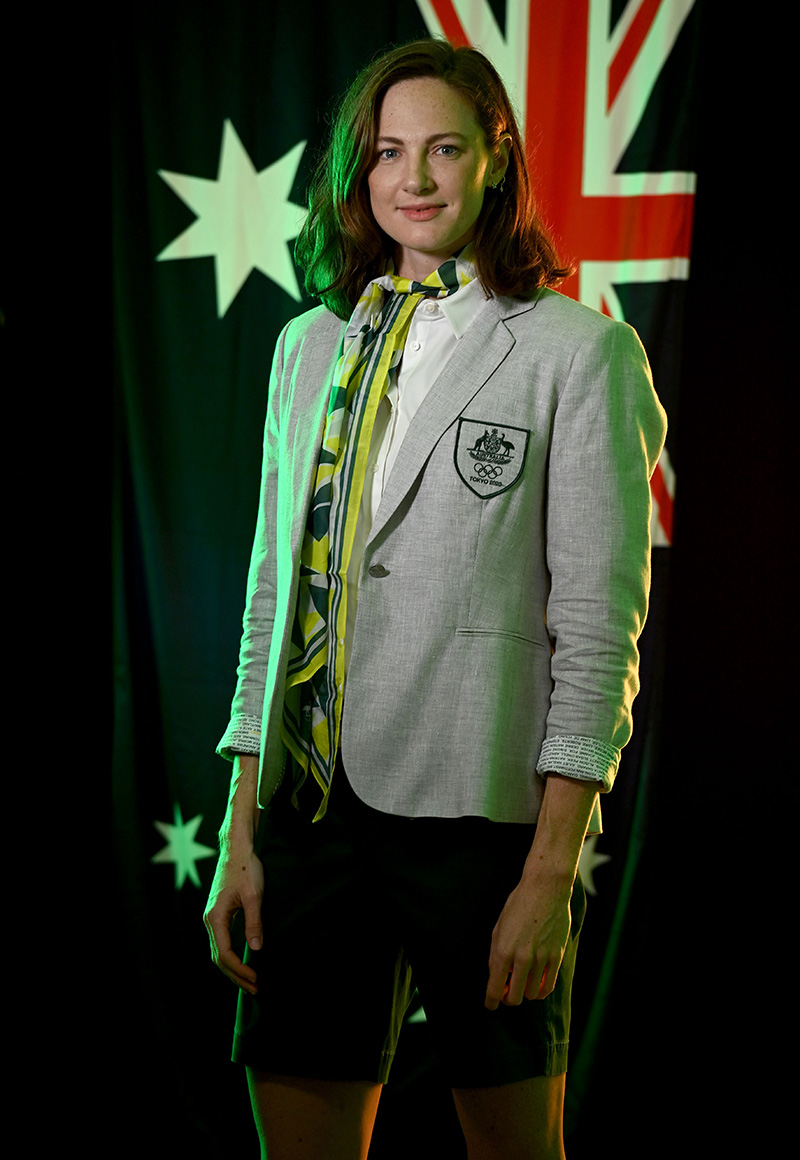 “Twelve months ago, I wasn’t even sure if there would be an Olympics. The postponement threw up so many challenges for everyone. More than ever, the Olympics feels like a celebration of the human spirit; a reminder of what we can achieve if we work together.

“Leading the Australian Team out for these Olympics carries extra significance - everyone one of us, rookies and seasoned Olympians alike, have had to dig deep to earn a spot on this team; and I am incredible honoured to be leading us out.”

“Each is a gifted athlete and critically, a natural leader who has the respect of athletes within their chosen sports and beyond. I have no doubt Cate and Patty will have the enthusiastic support of the Australian Olympic Team.

“Equally, they are passionately committed to representing their country and carrying the responsibility that goes with that. Both have their own journeys and stories, but that pride in the green and gold shines through so strongly.

“What also stands out for me is how swiftly each embraced leadership during the difficulty of the pandemic and subsequent postponement of the Tokyo Games. Their compassion for their fellow athletes was immediately evident and quite spontaneous.

“Setting aside their own difficulties, they sought to inspire fellow athletes and the broader community through positive social media and other activities, including playing an important role in athlete welfare initiatives such as the AOC’s Wellbeing Week live program.

“Patty is an inspiration for all Indigenous Australians. He holds culture and country close to his heart as a proud Kokatha man (South Australia) and Naghiralgal and Dauareb-Meriam man (Torres Strait). 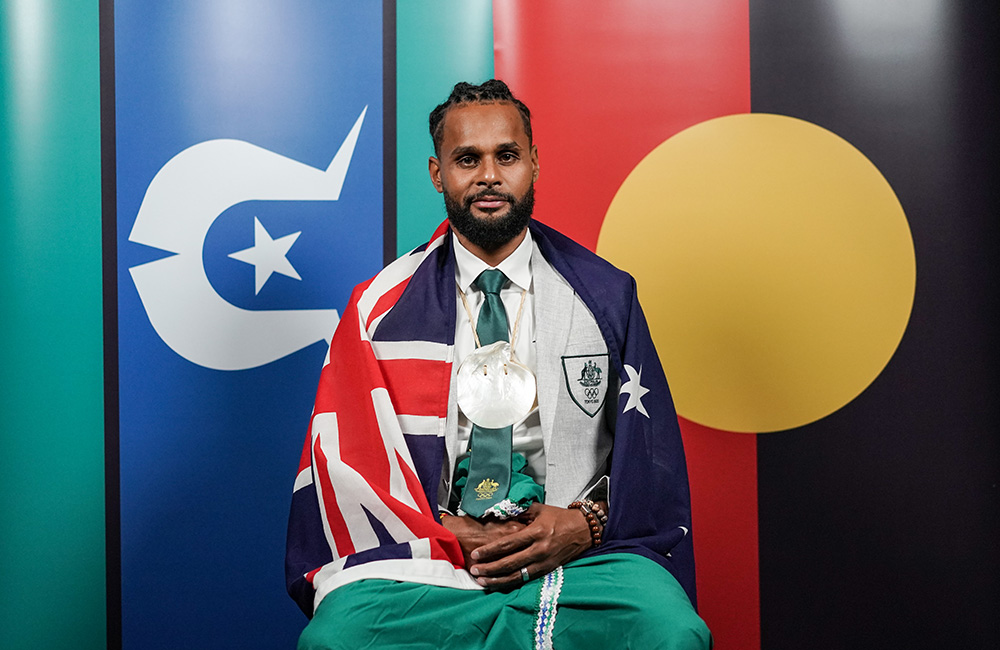 “Importantly, he is someone who turns ideas into action. Through his creation of Indigenous Basketball Australia (IBA), there are new opportunities for young Indigenous athletes to forge a successful path in sport and life, embracing their culture and unleashing their potential.”

“And how appropriate when we have a record number of Indigenous athletes representing Australia at these Games in Tokyo, we have such a rousing figure to lead his fellow athletes into this global celebration.

“And who better to share this task than Cate Campbell. Leadership springs not simply from what you say, but ultimately what you do. She is a champion in the pool and out of it.

“A committed contributor to the AOC Athletes’ Commission, Cate has personified those important qualities of resilience and determination. From the time we learned the Tokyo Games were postponed, Cate exuded such calm authority, determined to steer fellow athletes and the broader community through those troubled times,” Mr Chesterman concluded.

Historical Note: There were no Australian Flagbearers for Athens (1896), Paris (1900) and St Louis (1904). In London (1908) and Stockholm (1912) Australia and New Zealand competed as “Australasia” and on both occasions the Flagbearers were New Zealanders. No Games were held in 1916 due to World War One. 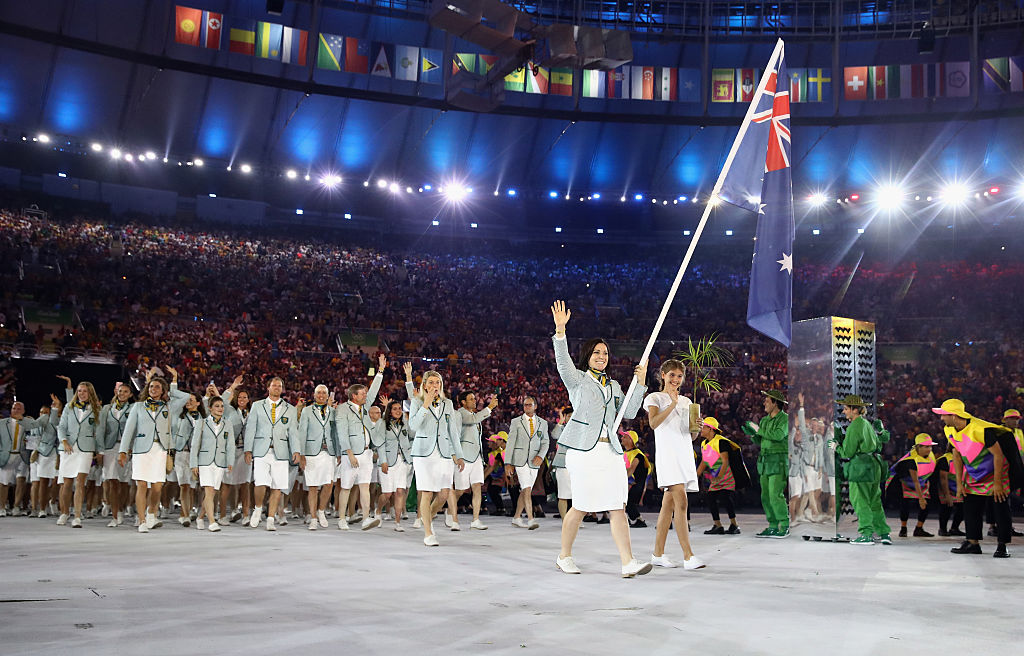 Australia has competed in every modern Olympic Games since the first held in Athens, in 1896, but Australia's first Olympic Flagbearer didn't make a debut until London 1908, competing alongside trans-tasman neighbours, New Zealand.