Australian swimmers shine in the pool, inspire on the podium

Kaylee McKeown asked bronze medallist Emily Seebohm to join her on the top rung of the podium for the Australian national anthem as the Dolphins celebrated their seventh gold medal in the pool, equalling its most successful foreign Olympics of all time.

It was a chaotic morning of swimming which saw Emma McKeon sprint from setting an Olympic record in the 50m Freestyle semi-finals, to a makeshift warm-down pool, and then to swimming the anchor leg of the mixed medley relay team in which she fought off the alpha male of these Games, Caeleb Dressell, to win an historic bronze.

That was the medal that propelled McKeon to greatness. It was her fifth of these Games – making her, to date, the most successful athlete of any sport in Tokyo – and her ninth overall.

She now joins Ian Thorpe and Leisel Jones as the most successful Australian Olympians of all time with nine medals. And the scary thing, she's not finished yet. She has the 50m Freestyle – in which she is the front-runner – and the Women's Medley Relay to come on the final day. Seven events. Maybe seven medals.

In the midst of it all, there came a touching, almost unprecedented moment at the victory ceremony for the Women's 200m Backstroke when the gold medallist invited the bronze medallist to share the top rung alongside her for the playing of the national anthem. 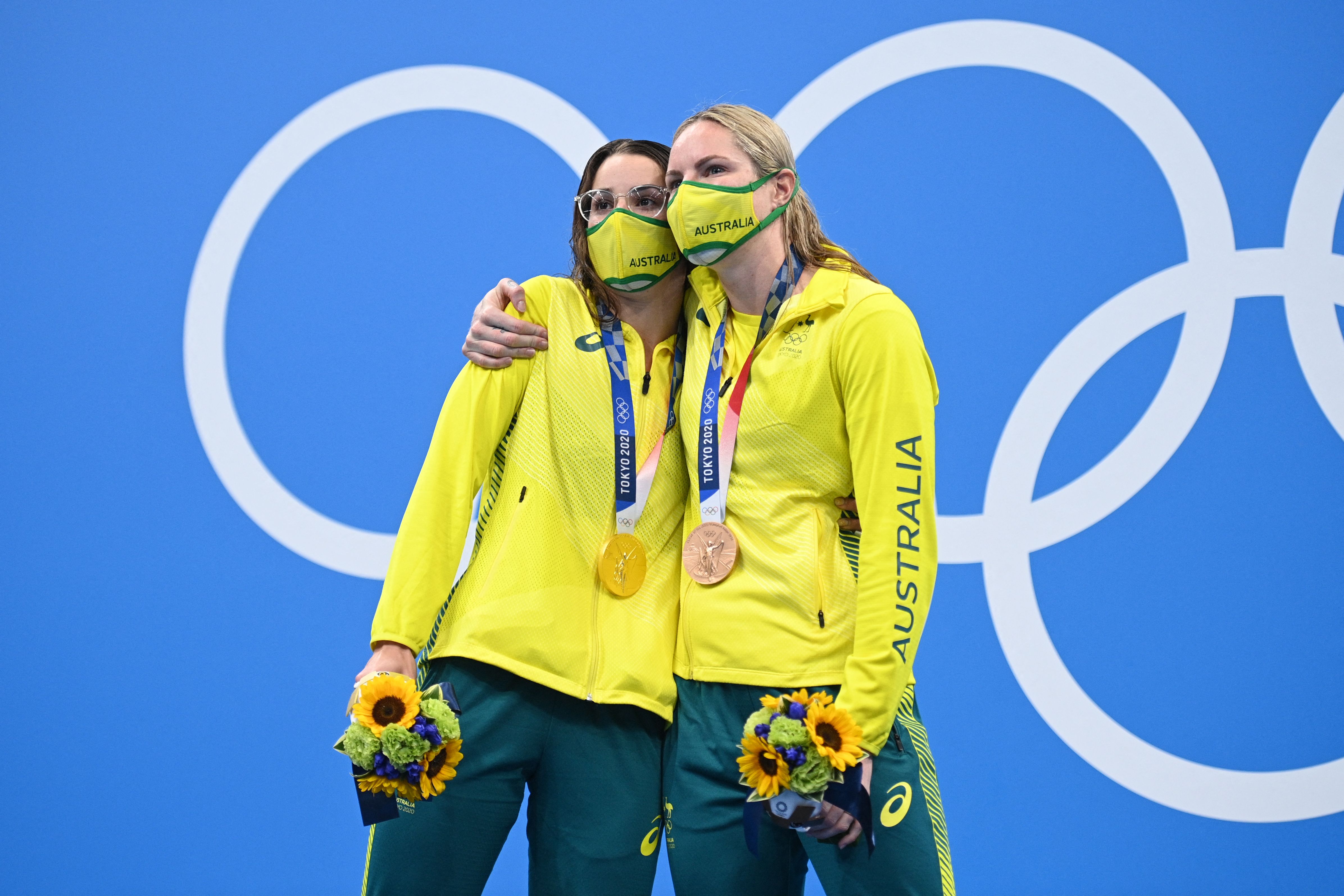 It was a remarkable gesture of respect from one generation of Australian backstrokers to the one that had gone before it as dual Olympic champion McKeown invited Emily Seebohm to step up to a level of the dais that she had never experienced before in an individual event. But more than that, it was a way of saying "thank you".

When McKeown was just a young up-and-comer, she had asked Seebohm for a photo together and the two-times world champion had obliged her. They have had a bond ever since. It was just one of many ways in which Australia completed the circle in this event.

In the 53-year history of this event, dating back to Mexico City in 1968, Australia had never won gold. In all that time, Nicole Stevenson's silver at the 1992 Barcelona Games was Australia's solitary return but in the space of just over two minutes, it not only filled the gap in the gold medal column but actually completed the medal set, with Seebohm putting the finishing individual touch on her fourth with a bronze medal.

Indeed, it was almost a mirror image of what happened to the other four-time Olympian in the Australian side, Cate Campbell who claimed a redemptive bronze in the 100m freestyle behind team-mate McKeon.

It was only the seventh time in history that a swimmer had won the backstroke double and McKeown's race tactics were simplicity itself. "I tried to take out the first half of the race as easily as I could and then bring it home as quickly as possible," she explained. 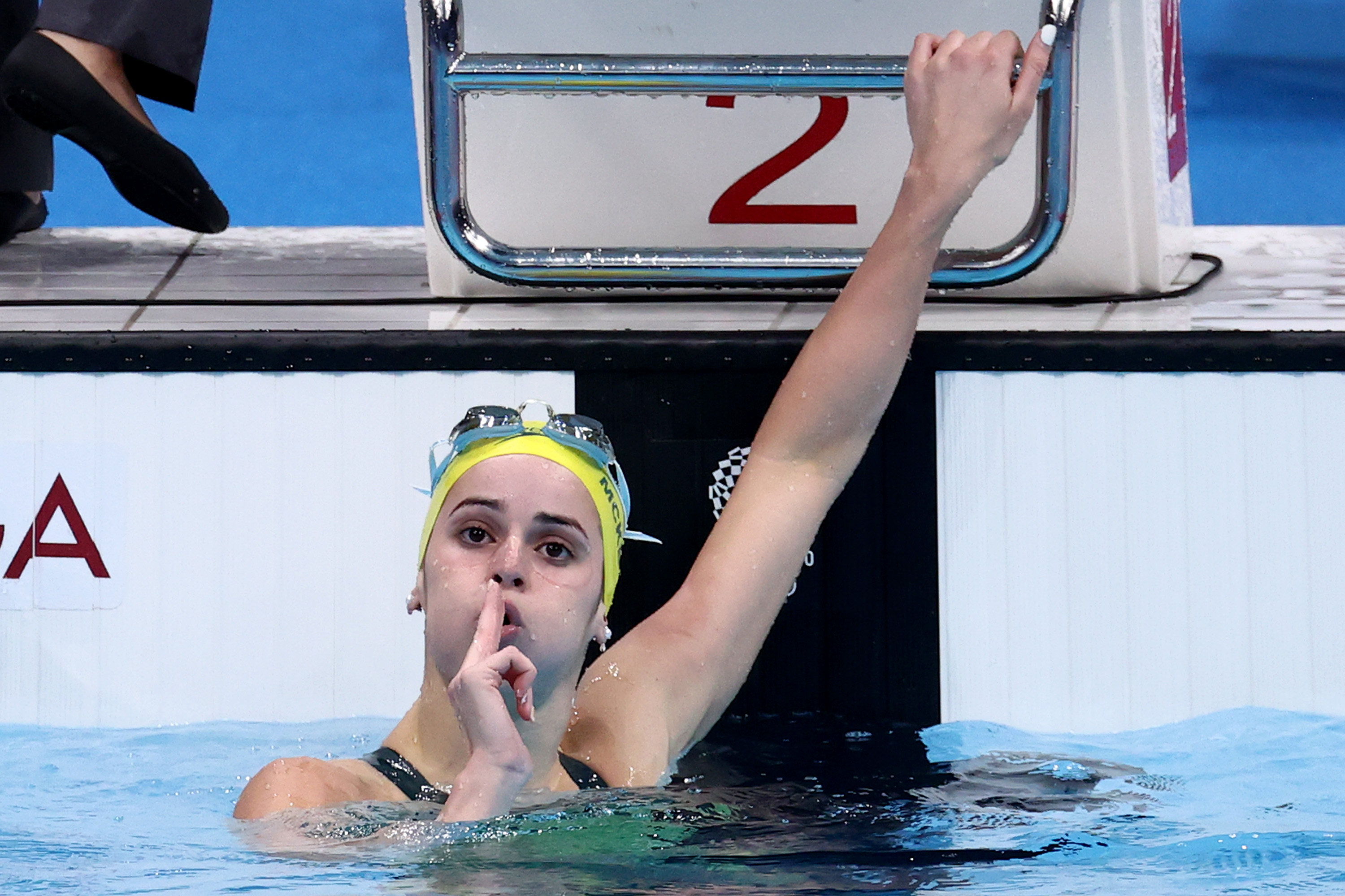 There was always the suspicion going into these Games that the "third wave" of Australian swimming was about to break. It was the "first wave", the Dawn Fraser-led team at the 1956 Melbourne Olympics, which set the bar with eight gold medals. Just into the new millennium, Ian Thorpe inspired the Dolphins at the 2004 Athens Games, the second wave crashing in with seven golds.

Now, just 17 years later, Australia has launched its third wave, with McKeown's medal ensuring the Tokyo team equals the golden haul from Athens. And while it is unlikely that McKeon or Campbell or Seebohm will be back, such swimmers as McKeown and Ariarne Titmus and Zac Stubblety-Cook and Mollie O'Callaghan and Matthew Temple are all experiencing the Olympics for the first time.

Titmus, indeed, could scarcely have dreamed of the success she has achieved here – gold in the 200m and 400m Freestyle, bronze in the 4x20om Freestyle Relay and, today, a silver in the 800m Freestyle, the closest anyone has ever come to defeating American legend Katie Ledecky in this event.

Titmus knew that while she had breached the Ledecky fortress in the 200 and 400m events, she was entering the castle keep in the 800m event. "I knew this would be my toughest event," she said "Katie is pretty much in a class of her own (in the 800). Her world record is insane. I knew I had to hurt."

At the 700m mark, Ledecky led by 2.43 seconds but she has experienced the withering Titmus' finish before and she attempted, in vain, to pull away as the Australian closed on her remorselessly. In the end, the Australian finished 1.26 seconds seconds behind – the tightest finish of Ledecky's 800m career – but was forced to settle for silver as the American won in 8.12.56. Australia's other swimmer in the final, Kiah Melverton finished a creditable sixth in 8.22.25. 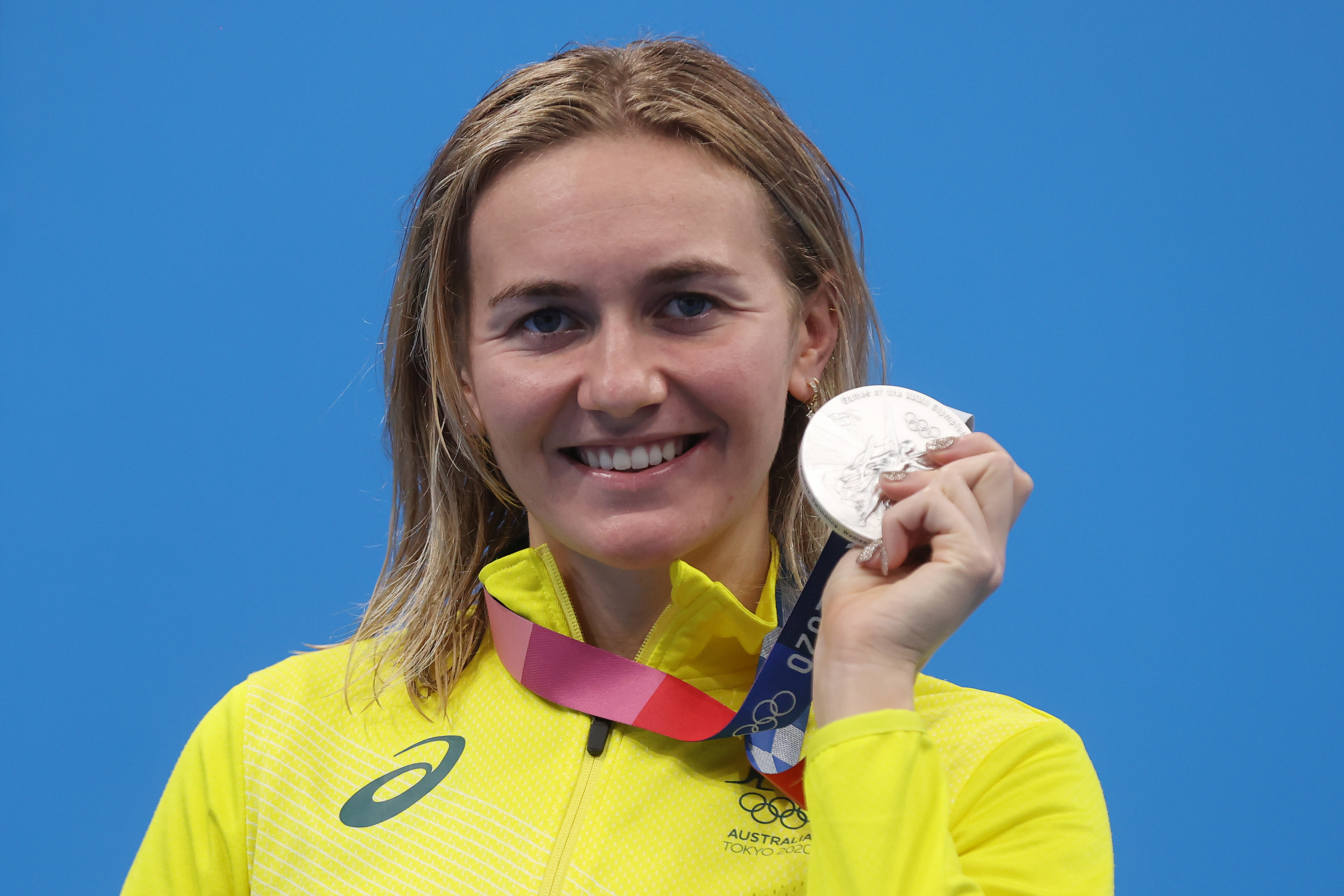 Let's pause to reflect on the fact that Ledecky now is the first person ever to win the 200-400-800 and 1500m at an Olympic Games. It is a feat that may never be matched. Let's not forget, however, that Shane Gould held every freestyle world record from 100m to 1500m in 1972. Unlike Ledecky, she did not have a 1500m event in which to swim. And frankly, had there been a 50m Freestyle in the Munich Games, she might well have won that as well.

As for the Ledecky-Titmus rivalry, it will continue in Paris in three years' time. Ledecky herself said so, in an interview today with Seven's Nathan Templeton. With Titmus standing at her side, the 24-year-old American confirmed she would continue in the sport in which she now holds 22 world and Olympic titles. "My plan has always been to go to 2024 and then reassess," Ledecky said. "I'm thinking one step at a time."

The Great Britain team ended the second last session of finals on an upbeat note, breaking the world record in the Mixed Medley Relay as Australia bookended its relay team with women, which meant McKeon had to dig astonishingly deep to hold off Dressel right at the death.

She unleashed an extraordinary split of 51.73 seconds – virtually line ball with her gold medal time in her individual event, factoring in her fly start – to ensure that she, McKeown, Stubblety-Cook and Temple pack another medal, a bronze, in their luggage for the return trip to Australia in two days' time.