Courageous curlers keep trying for victory amid loss to Italy

Australia got off to the best possible start by taking a point from the opening end, which Italy had the last throw in.

Tahli revealed this was a particular point of emphasis.

"We let ourselves down with a bit of a sloppy start this morning [against Norway], so we aimed to be sharper and stronger this time around," Tahli said.

Dean thought they got their preparation for Italy right.

"We felt very focused and tried to push ourselves," he said. 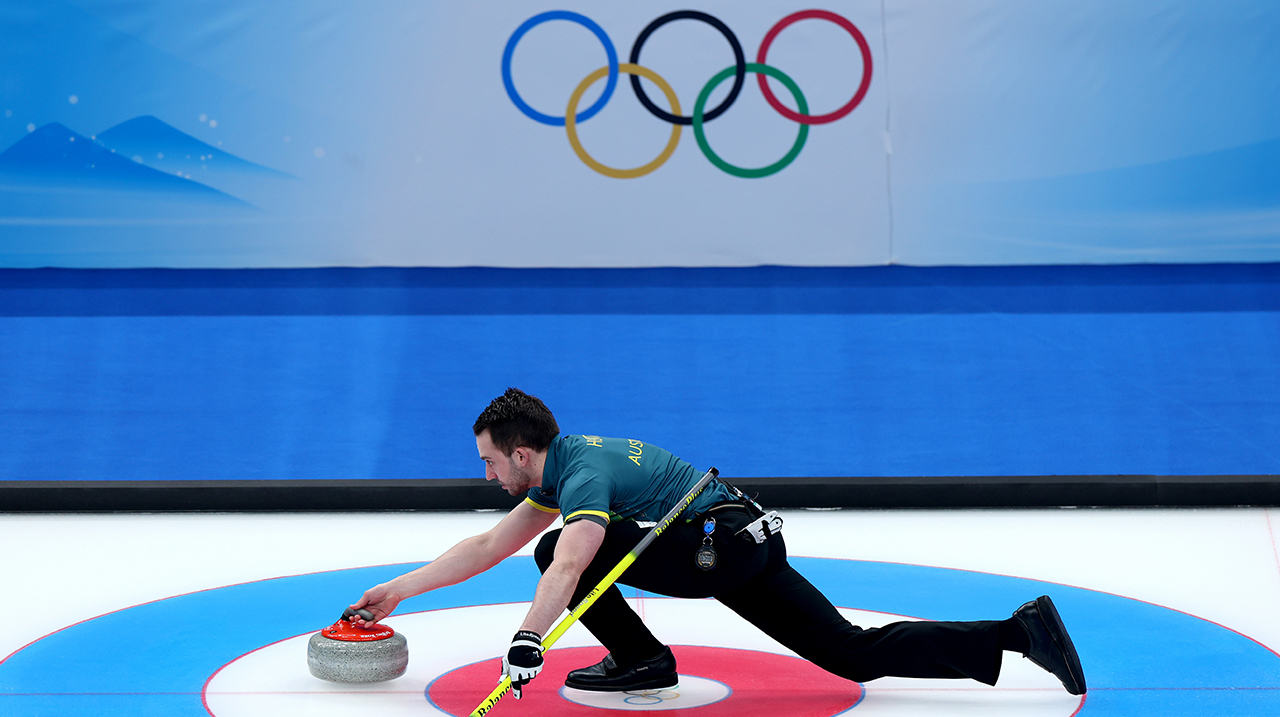 "It really felt like anyone's game for most of it. We were very happy with elements of our game today, and to be a part of such elite competition was amazing.

"The difference came down to the fact that Italy made the most of all their opportunities while we had chances and missed a few."

On Tahli and Dean's first opportunity with hammer, holding the last stone for an end, Italy stole a point back and built a 3-1 lead.

Australia missed a chance to tie the game in the fourth end, as their last shot knocked away one of their own stones with an Italian stone.

When Australia used their powerplay in the sixth end, they earned a point to sit right behind Italy at 4-3 with two ends to play.

Italy lead by one point going into the seventh end.#Beijing2022 | #7Olympics pic.twitter.com/txm2dQLqMn

The Italians showed in the seventh end why they have been unbeaten in Beijing, scoring three points to take a four-point lead.

Stefania Constantini and Amos Mosaner, the duo from Italy, have established themselves as the team to beat in Beijing after notching up big wins against the United States of America and the Czech Republic.

END_OF_DOCUMENT_TOKEN_TO_BE_REPLACED , but the Norwegians channelled their 2018 Olympic mixed doubles bronze medallists form to come away with a win.

The Aussie pair are staying optimistic about their Olympic journey, despite being unable to qualify for the finals.

"We'll always be the first Australian curlers to make an Olympics which is pretty special," Tahli said.

"To know that we are helping to grow the sport and get it more attention makes all of this worthwhile."

On their final day of mixed doubles curling tomorrow, Australia take on Switzerland at 5:05pm AEDT and Canada at 11:05pm AEDT.

The matchup with Canada will be all the more interesting in that they'll be facing their coach John Morris - who plays for Canada.

"It's going to be fun to play against John because we obviously know him well and he's been a great mentor to us," Dean said.