ATHLETICS: Rhydian Cowley has delivered another top-eight performance for Australia's athletics team, crossing the line 8th in the men's 50m walk in a personal best time of 3:52:01.

Competing as part of day two road action in Sapporo, Cowley's result continues the long history of success for Australia in athletics' longest event with a performance that challenges for a medal in every Olympic Games since Atlanta 1996.

"I'm over the moon. A personal best at championship level," Cowley said.

"It's been a long time coming and I've been patient. To be in lockdown last year probably supported the result. I was working from home and didn't have a commute, so had a lot more time to build my base without a daily trip to the city.

"There is a strong history in this event, with top-eight results all the way back to 1996. I'm happy to contribute that. To follow the footsteps of someone like Jared Tallent is a real honour."

Cowley made his Olympic debut at Rio 2016, lining up for his second start in an event that Jared Tallent won gold at London 2012.

Composed from the outset, Cowley was seen chatting casually to fellow competitors as he moved through the 5-kilometre split in 24:32.

Yadong Luo of China then set the pace, with Cowley dropping to 14th place as the race quickened and moved through 15 kilometres in 1:35:04.

Luo's lead was lost at the 30-kilometre mark, with only 15 seconds splitting 1st and 20th at the time.

David Tomala of Poland took the reins at the front as Cowley also dug in, sitting nine seconds off the pace in 8th place. 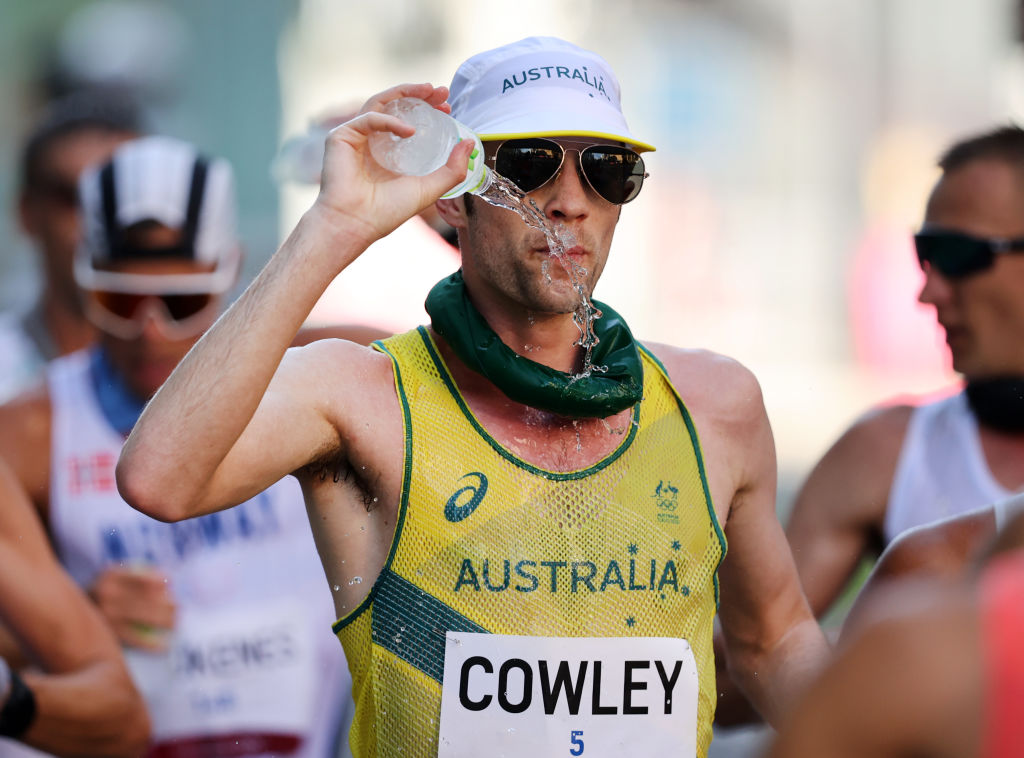 Cowley's standing then remained, with the 30-year-old digging deep across the closing stages to cross in his new career best time despite tiredness and blisters that became unbearable in the final two kilometres.

"I was inspired by the young guys yesterday. They did a fantastic job on their debut and it spurred me on," Cowley said.

"The last couple of kilometres I just got this big blister on my foot that made it very hard. I actually have to apologise to my fiancé, her one request was to not finish in a wheelchair, but it looked so comfy after walking that 50 kilometres," Cowley joked.

The men's 50km walk will be retired from the Olympic programme at Paris 2024, with Cowley's performance etched in history as the last result for a green and gold charge across the distance at the Olympic Games.

The result also follows a great night for Australia at the Olympic Stadium last night, as Ash Moloney won bronze in the men's decathlon and both Stewart McSweyn and Ollie Hoare progressed to the medal round of men's 1500m.

Moloney's performance is the first decathlon medal for the green and gold in history, and as capped off by a stunning team performance by Cedric Dubler who, out of medal contention, supported his teammate through the gruelling 1500m to ensure his podium finish.