Debut Olympics for sailor after life on the water

END_OF_DOCUMENT_TOKEN_TO_BE_REPLACED will be the fourth-youngest female to sail for Australia at an Olympic Games, after being named to make her Olympic debut in Tokyo in the Laser Radial class.

The 21-year-old is no stranger to the water, living with her family on a boat since she was just four months old and being involved in her first yacht race at just six months old.

Stransky has improved rapidly since beginning her Olympic-class sailing career six years ago, achieving multiple top-10 finishes at international events in the past 12 months.

“Athletes have waited four years, and in some cases longer, for this opportunity,” Mr Chesterman said. “We are in unchartered waters, but we want to set a course to ensure they can prepare for the Games in the best possible environment and they can get to the Games safely. Part of that process is to announce athletes as they are nominated and selected to the Australian Olympic Team.

“Australia has an incredibly strong Sailing program and for Mara to make her Olympic debut at just 21 is testament to her fantastic talent and competitive spirit,” Mr Chesterman said.

“From her family instilling a passion and understanding of the water from a young age, to the coaching and development by Australian Sailing and support of her friends and teammates, today’s selection is a great achievement for everyone who contributed to Mara becoming the sailor she is today.

“There’s certainly disruption in preparing for the Games for many sports, but I encourage Mara and all athletes pursuing their dream of competing at Tokyo 2020 to continue taking care of what they can control – training and preparing as best as possible to be ready for Tokyo.”

Stransky was ecstatic to be named as the tenth sailor and 27th athlete selected for the Australian Olympic Team for Tokyo 2020.

“I’ve always had a dream to go to the Olympics – no matter what the sport,” Stransky said. “A teacher let us watch a session during Beijing 2008, watching that together with my classmates started my Olympic fire.

“It’s been a dream for so long, to suddenly have it a reality I didn’t know how to react. 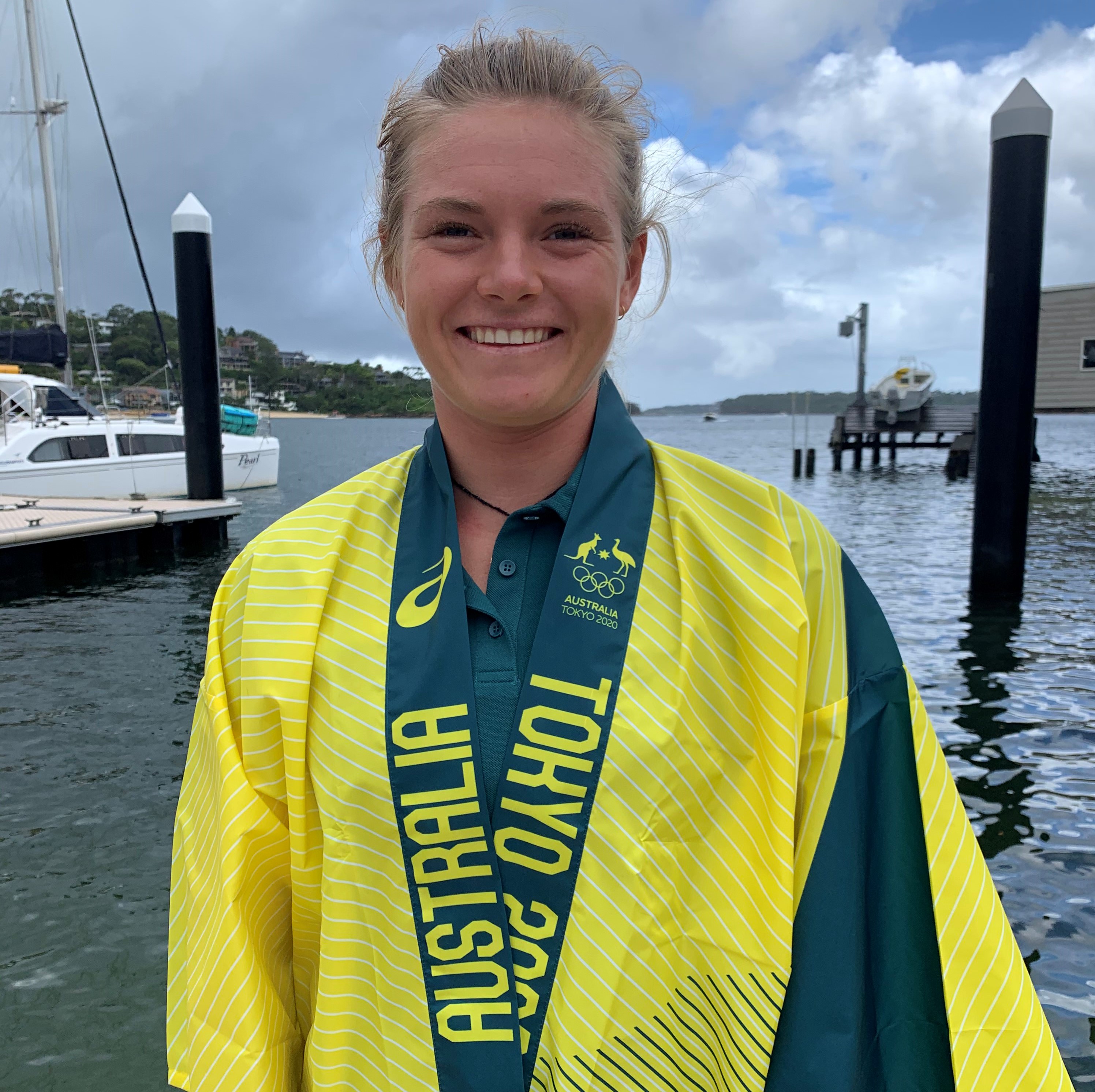 “I’ve lived on a boat since I was four months old and was part of my first race with my parents at just six months old – before I could walk I knew what I was doing on a boat, it just feels natural. I love that we compete using the natural elements.

Despite her background with yachts, sailing Olympic-class boats was a whole new skillset.

“Coming into sailing dinghys at 15 was relatively late, I was a newcomer and had a long way to go. Luckily Australia has such a strong sailing history and I’ve been surrounded by incredible sailors who are a lot better than me from day one. It forced me to train so hard to try to catch up, and learning as much as I can from my coaches and training partners.”

Hard work is no stranger to Stransky, with her yacht home making her training commute longer than most.

“To get to the gym from Russell Island meant I was up at 3am to get the first ferry to connect with the first bus and another connection to make the gym by 7am. It was a self-perpetuating cycle, I put so much effort in to get there I needed to get the reward to make it worthwhile so it made me push even harder.”

The Olympic debutant is also taking potential disruption over the next few months in her stride.

“We’re coming up with a Plan B domestically to stay race fit. Luckily we have a really strong fleet and team in Australia, and I’m looking forward to putting in solid hours with the whole team here.”

“Mara is an incredibly passionate and driven young sailor and she thoroughly deserves this selection,” said Murray.

“Her performance in Porto where she was 6th coming in to the last day amongst a field of numerous past and current world and Olympic champions showed everyone that she has what it takes.

“We are incredibly proud of the progress Mara has made over the past twelve months, and we are excited about what she might produce in Japan in a few months’ time.”