SWIMMING: In one sense, it was a fairly predictable morning at the pool with Australia dominating the semi-finals of the 200m backstroke and producing the fastest swimmer into the finals.

In another, there was almost a seismic shift in the expected order.

It was not Kaylee McKeown, the bubbly winner of the 100m backstroke who led the way, however. She had looked impressive, though, easing off at the finish to just touch second to arch-rival Kylie Masse in the second semi-final, clocking 2.09.93 to the Canadian's 2.09.82.

No, it was the performance in the preceding race which caused the swimming world to sit up and pay attention as Emily Seebohm, the two-time former world champion, sizzled with a winning time of 2.07.09. Suddenly, what had seemed to be little more than a farewell tour of her fourth Olympics was shown for what it really was, a carefully mapped out attempt to steal the gold here. 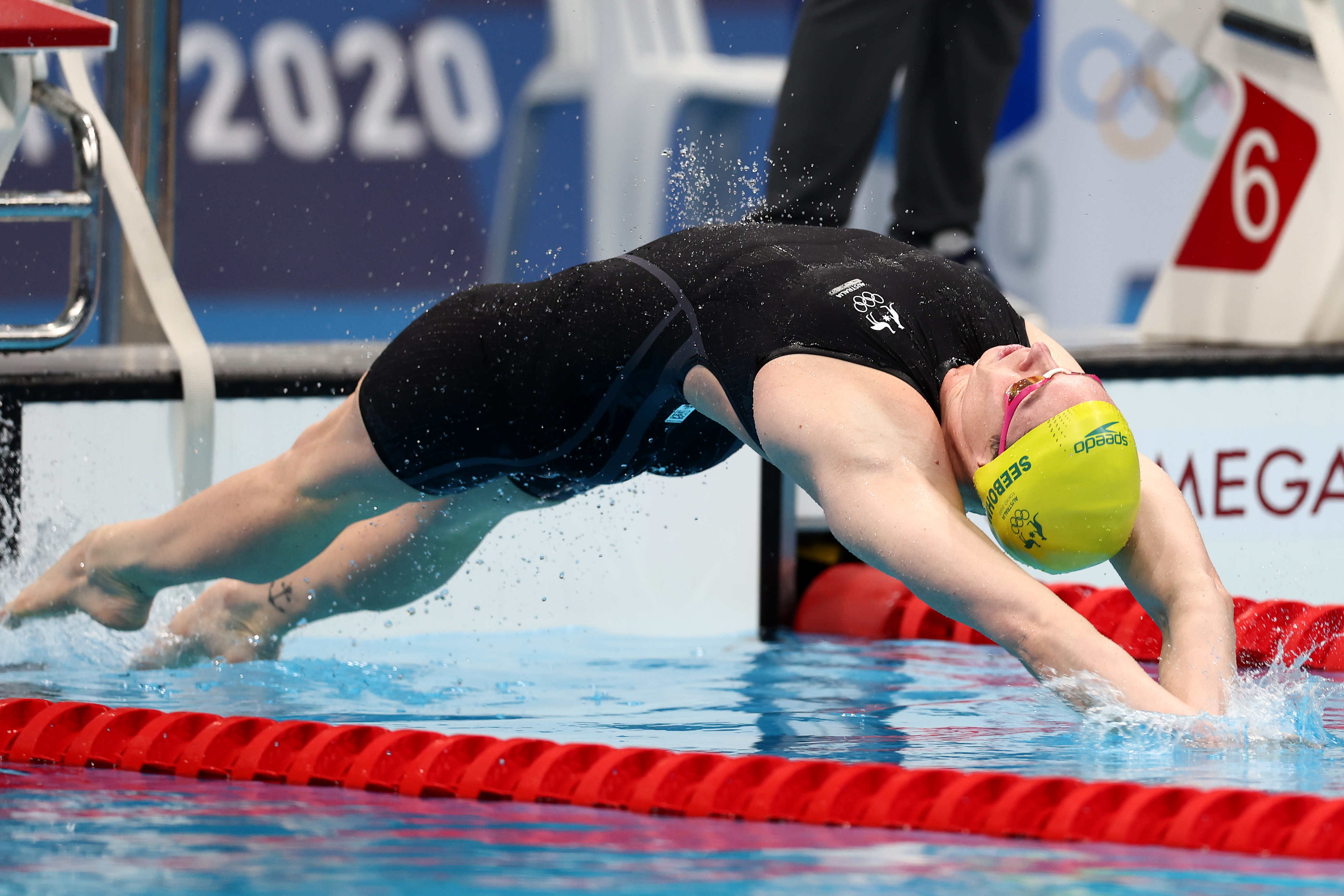 Her coach Michael Bohl had just been credited for giving Emma McKeon the faith she needed in herself to go after – and win – her first individual Olympic gold. Now, seemingly, he is attempting to do the same thing with the 29-year-old Seebohm.

After missing selection for the 2019 world championships in Gwangju, it seemed to many observers that Seebohm's career had come to an end. But she herself was not finished and uprooted her training base in Brisbane to move to Bohl's squad on the Gold Coast. There, importantly, she confronted the eating disorder which she revealed had plagued her swimming career.

"For over two years, I have been dealing with an eating disorder," she revealed in January. "I have been told that the only way I can swim faster is by losing weight and I have believed it. This year I'm going to be braver for myself. To give my body the love it deserves."

Still, it had seemed that the swimming world had moved on and that the 20-somethings – like McKeown – now ruled the pool in the backstroke. Seebohm did little to convince people otherwise, always seeming to swim well within herself and doing times that were good enough to advance her but not to attract undue attention. Until today, when the tigress revealed her claws. 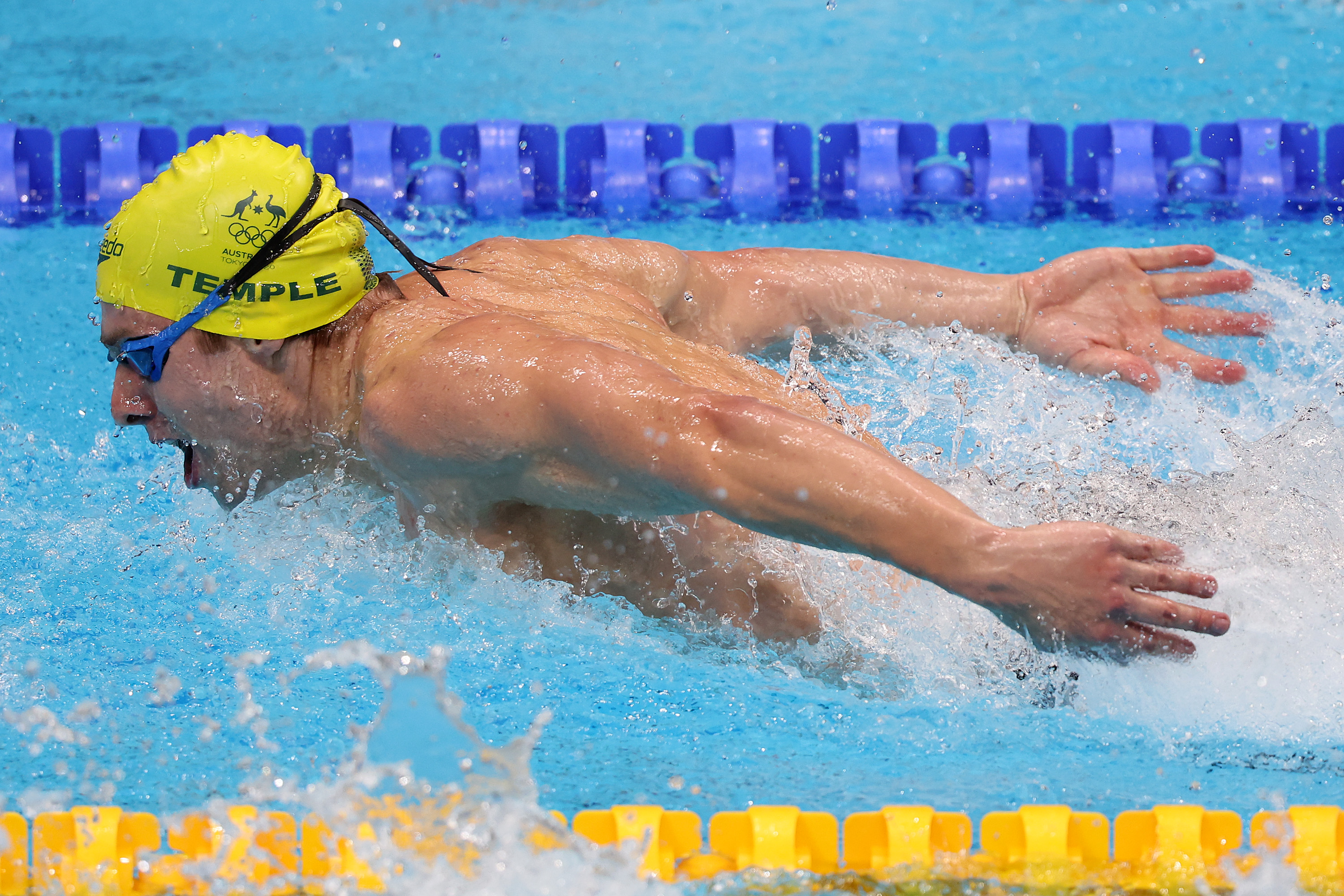 Matthew Temple can celebrate getting into an Olympic final in his first Games, finishing strongly in his semi-final of the 100m butterfly to record a time of 51.12sec. But he was touched out in a blanket finish, missing the placegetters by one-hundredth of a second and it seemed that his fourth place could cost him a swim in the final.

It looked doubly dicey when Caeleb Dressel, swimming much more freely in the wake of his narrow by epic victory over Kyle Chalmers in the 100m freestyle final yesterday, diced with a potential world record before settling for an Olympic record in winning the second semi in 49.47sec. But when the smoke had cleared, Temple advanced as the sixth fastest swimmer.

Dressel, meanwhile, will take some beating, though Hungarian Kristof Milak, who won the first semi-final in 50.31sec, cannot be discounted.

American winning streaks are being broken left and right at this meet, and not just at the instigation of Ariarne Titmus. Two defending champions came unstuck when Lilly King and Ryan Murphy were relegated to the silver medal in the 200m breaststroke and the 100m backstroke, respectively, losing to Tatiana Schoenmaker of South Africa and Russia's Evgeny Rylov of Russia.

To rub salt into the wounds, Schoenmaker unleashed the first individual swimming gold medal of these Games as she unleashed a 2.18.95 swim, breaking the previous global mark of Dane Rikke Moller (2.19.11).