It was her eighth Olympic medal, just one short of the Australian record, but Emma McKeon finally stepped forward into the limelight with an emotion-charged victory in the 100m Freestyle final at the Tokyo 2020 Olympic Games today.

For so long Emma McKeon has been chasing the queen of Australian swimming, Cate Campbell, and today she finished in front of her, with Campbell conquering her own demons as she claimed the bronze. It is fair to say that Hong Kong’s Siobhan Haughey is getting heartily sick of Australians at this meet. She was edged out by Ariarne Titmus in the 200m freestyle final and now has been sandwiched by two veterans of the Dolphins team in the blue-ribbon event.

All week McKeon has been the swimmer whose blistering speed kicked in just on schedule for these Olympics, but the 27-year-old still had to convert that into a top position on the podium. True to form, she did in brilliant fashion, leading all the way to win Australia’s ninth gold of these Games in 51.96 seconds. In the process she also lowered her own Olympic record and swam to within a quarter-second of the world record.

What mattered most to her was that, after winning two relay golds over the past two Olympics, plus a host of minor medals, she finally had made it to the top. This was her long-awaited first individual Olympic title and she celebrated in typically Emma McKeon’s fashion – which is to say she kept it all pretty much under control. 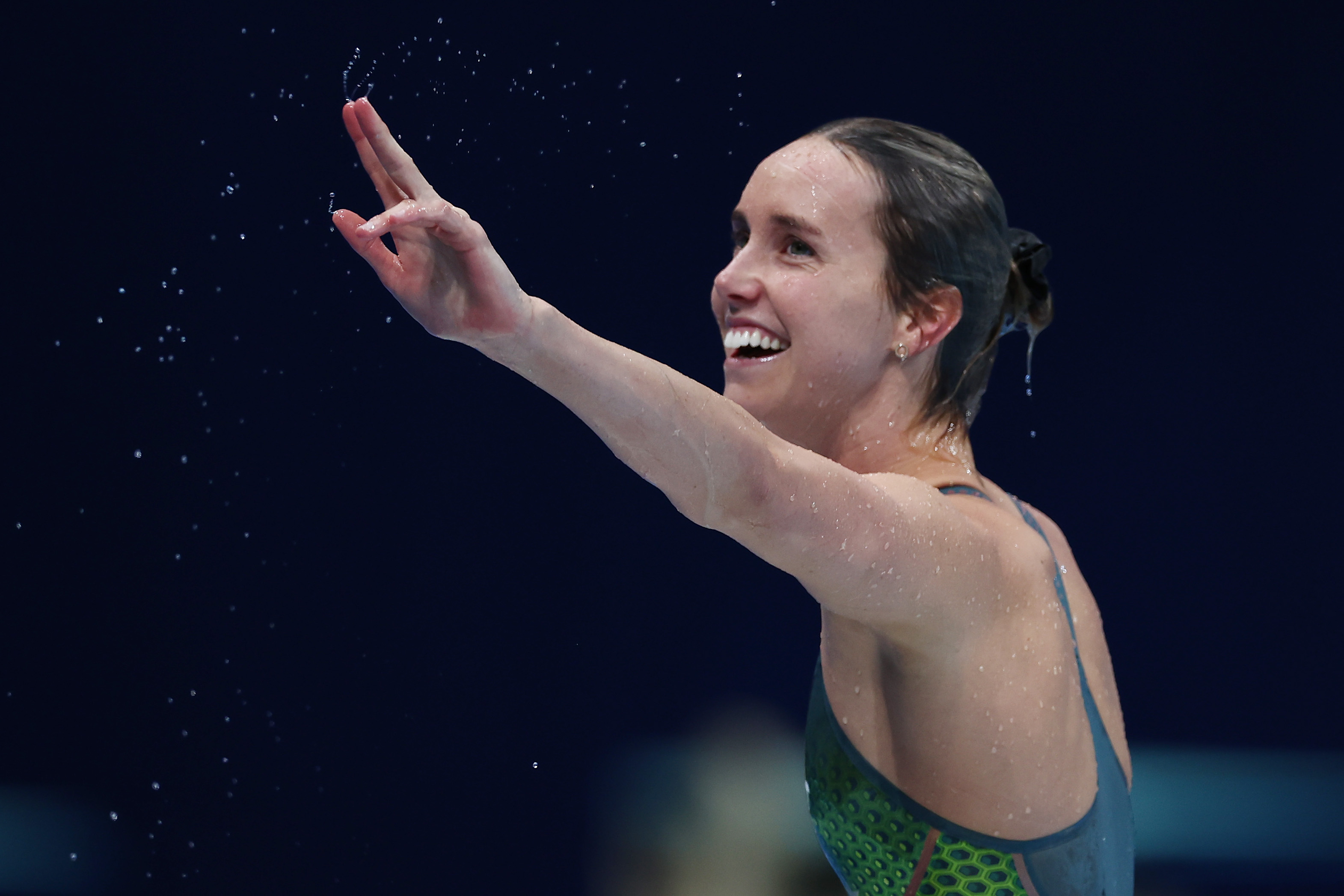 The only regret Australians had with the result was that McKeon’s victory meant that Cate Campbell’s dream of one day becoming the 100m Freestyle Olympic champion has probably ended. But in the space of 52.52 seconds, she claimed the bronze behind McKeon and exorcised the demons that have pursued her since her self-proclaimed “choke” in the final in Rio five years ago.

McKeon and Campbell had both arrived at this moment with mutually exclusive golds. Assuming the race did not end in a dead-heat – akin to the 2016 Olympic final which ended with Penny Oleksiak of Canada and American Simone Manuel sharing the glory - it was always going to be that one Australia’s woman’s triumph would also be the other’s heartbreak.

Except that Campbell refused to see it that way. Scarcely had the swimmers absorbed the message of the electronic scoreboard than the 29-year-old four-times Olympian threw her arms around McKeon and hugged her tight. “I’m so proud of you,” Campbell told her.

McKeon revealed she had sought help from her sports psychologist to help clear her head of the clutter but, really, it was her venerable coach Michael Bohl who made her realise that she could be so much more than a bit player in relays. “Bohly has coached so many incredible athletes,” McKeon explained. “For him to have that belief in me, I’d be silly not to have faith in myself.” 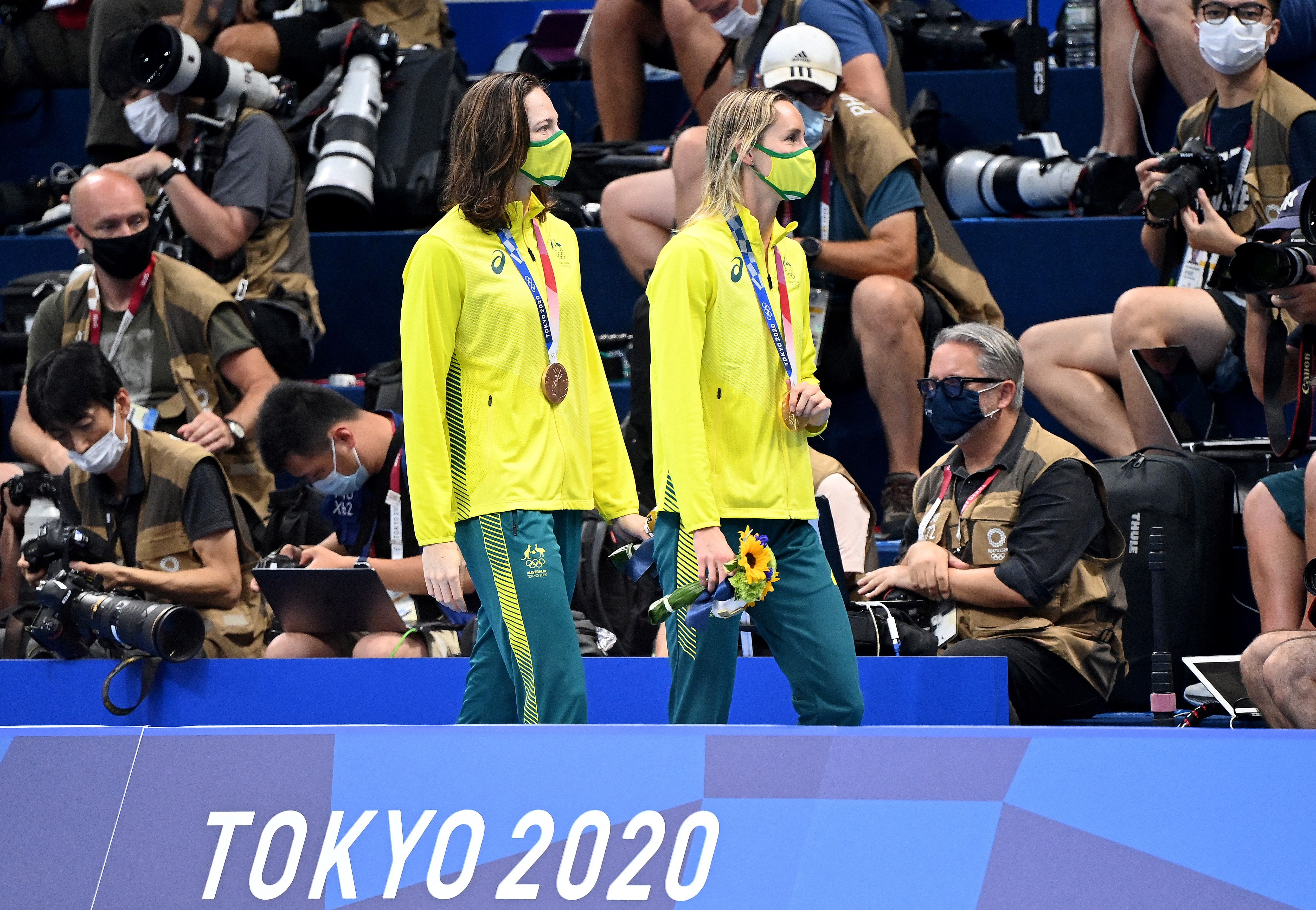 It seems amazing that a swimmer who almost certainly will become the greatest Australian Olympic medal winner of all time – she now has eight, tying her with Dawn Fraser and butterfly divas Susie O’Neill and Petria Thomas, and just one short of Ian Thorpe and Leisel Jones – should be so shaky in her self-confidence.

Perhaps she can take comfort from the fact that she won the fastest Olympic final in history, with the first five placegetters recording times that would have won every other Olympic title. Or, perhaps, she can be inspired by her own performance in unleashing the second fastest 100m in female swimming history. Or, perhaps closer to home, in becoming the fourth Australian to win the prestigious 100 m freestyle title behind Fanny Durack, Fraser (three times) and Jodie Henry.

Watching on from Wollongong was perhaps the most knowledgeable family group ever to assemble for a race of this magnitude. McKeon’s dad, Ron, was a two-time Olympian, mother Susie was a 1982 Brisbane Commonwealth Games representative, uncle Rob Woodhouse won a bronze medal for Australia at the 1984 Los Angeles Olympics, while brother David has swum for the Dolphins at the last two Olympic Games. It was an anxious wait to see if Emma could do what none of them had ever managed to do, bring home individual gold from the Olympics and brother David spent hours before the race pacing up and down in the backyard.

But then – with what must be said was a minimum of fuss considering the importance of the moment – McKeon delivered.

“She has a beautiful soul,” said her mother Susie. “She is very reserved and goes about her business, working extremely hard. But she wanted that individual gold medal.”