Fourth time's the charm for B... | Australian Olympic Committee

Table Tennis player, Michelle Bromley, is one of Australia’s most recently selected Olympic athletes after realising a dream that was 12 years in the making.

The 32-year-old secured her Olympic debut after winning the Olympic Qualification Event in Melbourne in January, 2020.

“When I realised that I’d not only won the qualification event, but qualified for Tokyo I was in utter disbelief,” Bromley said of her selection.

“Going into the event, I was seeded fourth on paper, but in my mind, my results over the past 12 months showed me that I should be able to come top one or two,” she explained.

“To secure my spot by beating Australia’s number one player (Jian Fang Lay) who has been to five Olympic Games was unbelievable.”

After attempting to qualify for Beijing 2008, London 2012 and Rio 2016 and missing out, Bromley’s elation at qualifying for Tokyo 2020 was mirrored not only by her immediate family, but the community who had supported her from the very beginning. 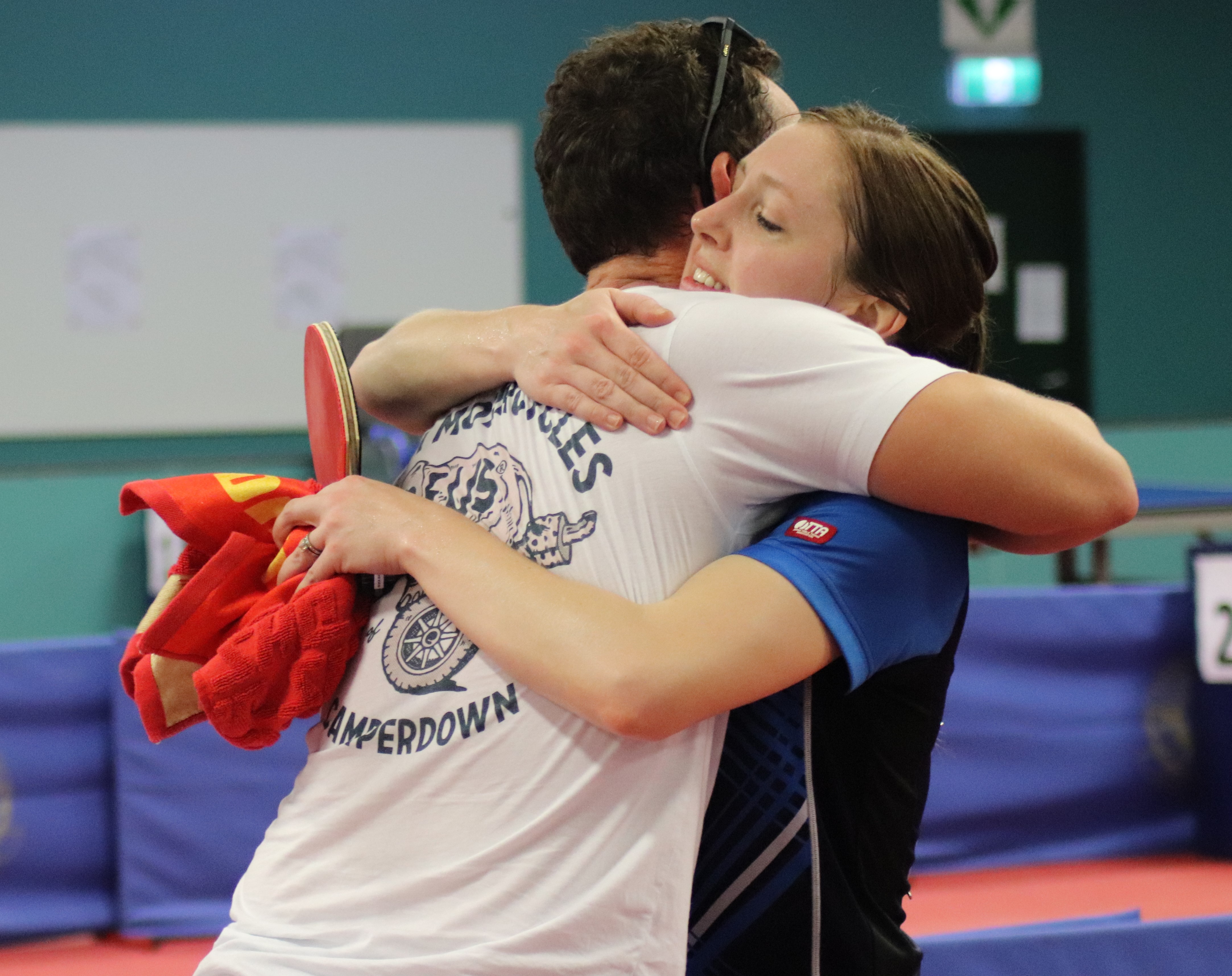 “The support of the crowd was unbelievable,” the Marsfield, NSW local said.

“I had a pretty decent support crew of my mum, two brothers, my sister-in-law, aunty, cousin and my husband who all travelled to Melbourne from Sydney to cheer me on, but just to hear how happy everyone else in the stadium was for me to finally qualify for an Olympic Games, was pretty amazing.”

When asked how she overcame the disappointment of missing out on the last three Olympic Games, the 32-year-old said knowing that she was continuously improving, was her motivation to keep pushing.

“I always strive to be the best and get the most success out of myself when playing the sport that I love,” she said.

“Even though I'd been knocked back three times for both Commonwealth Games and the Olympics, there were always things along the way that would keep me interested in the game, for instance, a breakthrough win against someone that was ranked above me, or being put into a World Championships team.

“I always felt like I was improving with my game, so it was never like I was going backwards by missing out on those opportunities,” she continued.

“Because of that, I truly felt like I was still in the mix to be Australia's best table tennis player.” 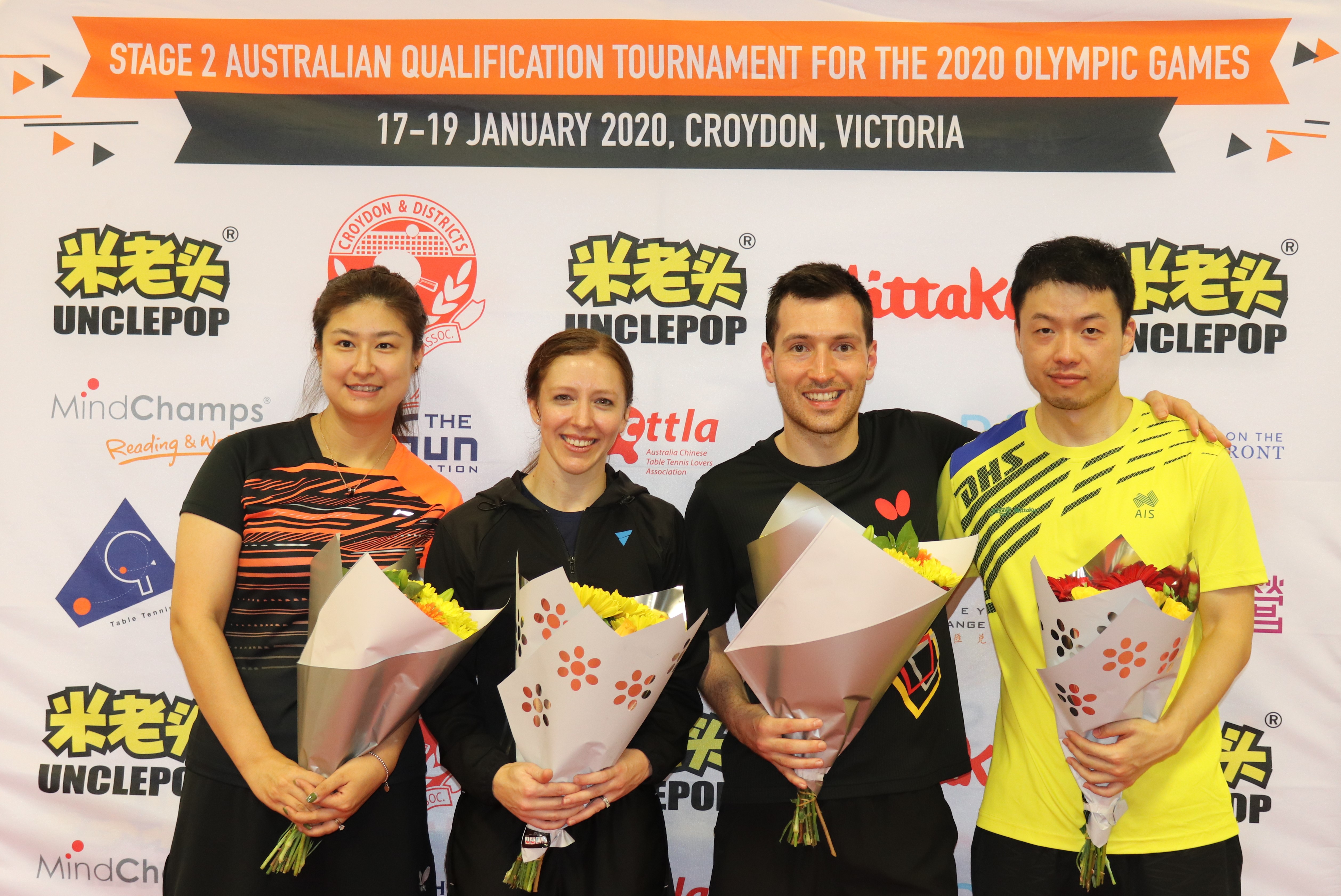 The resolute 2018 Commonwealth Games fourth-place winner said that even if she didn’t make the Tokyo team, she just would’ve just kept pushing towards Paris 2024.

“I obviously always had those doubts creep into my mind,” she said about potentially missing out on a fourth Games.

“But I never really felt like that was it for me, or it was going to be the end of my story.

“I'm a very persistent person in everything I do.”

One especially significant driving force for her success and the most influential person in her life is her father, Dave Beaumont, who was also her coach from childhood until he passed away in 2012.

“My Dad has definitely been the most influential person in my sporting career,” Bromley said.

“Before moving to Sydney for university and table tennis at the age of 18, he was my sole training partner each night.

“He would drive my brothers and I down to Sydney to compete in State tournaments every few weekends, and was my warm-up partner and bench coach at every competition I played, right up until a month before he passed away from cancer in 2012.

“We had a shared passion for the sport, which made our bond even greater as father and daughter.

“Being a good player himself, I got to witness Dad in action on the table tennis court on many occasions – throwing himself around the court, graveling to get to every ball, with the grit and tenacity like no one else. He would never give up.

“The most important qualities I inherited from my dad is his mental toughness and determination.

“That plays out in how I live my life in general, but particularly in how I play on the table tennis court.

“I’m always striving to get that next ball and never giving up on a point even when I’ve felt down and out.”

Bromley said because of his influence and support, her Olympic debut will be dedicated to her dad.

“He was the one who planted the dream in my head of representing Australia at an Olympic Games when I was 10 years of age, and that goal has always been in the back of my mind for all these years,” she said.

“The biggest thing for me is that I will not only be playing for myself and proving that I did have the ability to make it to the pinnacle of table tennis, I will also be playing for dad, who would have loved to have been there.

“It’s a shame that he is not physically here to be a part of all the excitement, but I know he would be ridiculously over the moon, and probably have sore cheeks from smiling too much, and a hefty phone bill from gloating if he was here.

“It’s also for the rest of my family who've seen me go through the ups and downs of my sporting career. Having them in the crowd, being part of the excitement of it all at Tokyo next year, will be so amazing.”