CANOE SLALOM: Three-time Olympian Jessica Fox has become a triple Olympic medallist, taking out the bronze medal in the women's kayak at the Tokyo 2020 canoe slalom.

It is Fox's second Olympic K1 bronze after a third place in Rio and silver in London.

In the final, the 27-year-old world number one was the last woman to head down the rapids at Kasai Canoe Slalom Centre, with the fastest ahead of her Ricarda Funk from Germany.

Fox looked strong off the start, but came unstuck on gate four, recording a touch and incurring a two second penalty.

She navigated the middle of the course well, before unfortunately another touch on gate 22, saw her cross the line in a time of 106.73 including four seconds in penalties.  Without the penalty, Fox would have won by 0.77 seconds 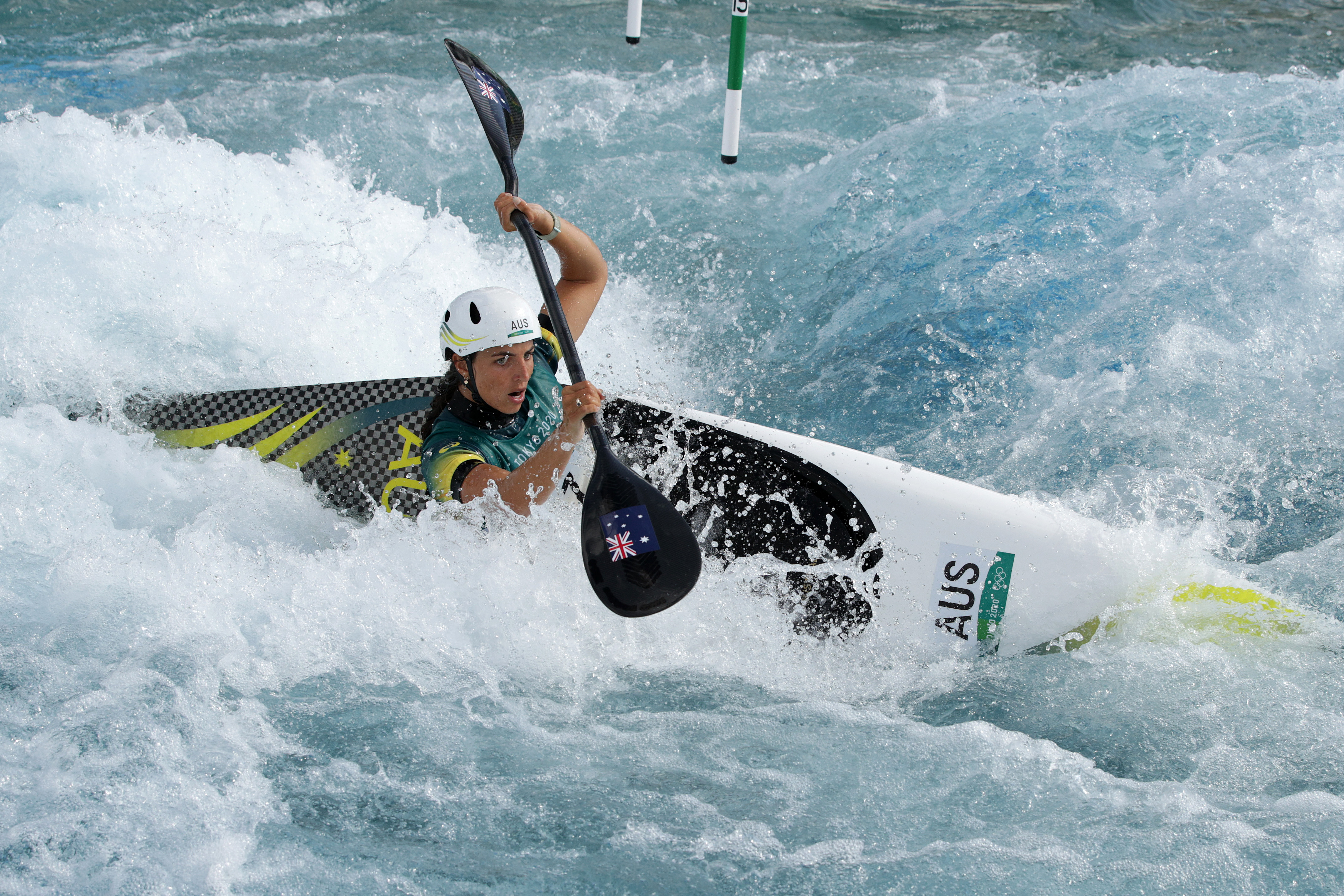 "It's a relief to be on the podium, a bit of disappointment to not put down the dream run, but to make it on the podium with a mistake is still good and I'm proud of that," Fox said after the final.

"I think there's a lot to learn from today, it is still an amazing podium to be a part of and to share it with Ricarda and Maialen, I'm thrilled for both of them," Fox said.

"I just fought the whole way down, and I think that's something I'm really proud of, the fight to the finish.  It was hard work the whole way, sometimes you feel like you're on top of the water and flowing really nicely, and other times you're just fighting," Fox reflected on her run.

"The heats and the semis were exactly how I wanted to race, and I was really pleased with that paddling.  And then in the final, it's a bit of a blur because you're in your race so you don't remember everything. I'm sure when I watch the video I'll see where I made my mistakes and take my learnings into my next races."

Doubling up in the women's canoe, Fox will have another chance at a medal with the C1 premiering on the Olympic program in Tokyo in the two-run heats on Wednesday 28 July.

It will be an historic couple of days with the first ever Olympic medallists in the women's C1 to be decided on Thursday.

"It is exciting to be able to race in the C1. I sort of have to put today to bed, and clear my mind, get back to some race analysis for the C1 and come back for the heats tomorrow. Obviously, I just want to get through each round, get through each phase, and get to the final and then anything can happen."