HOCKEY: They may have been an unknown entity going into the tournament, but Katrina Powell's Hockeyroos are the talk of Tokyo after a crushing 6-0 defeat of China to make it two-from-two in their Olympic campaign.

The world number two side went into the Pool rounds with just six international matches to their credit due to Australian border closures, but a lack of match play hasn't hampered their success.

Powell predicted the unknown quality of the Hockeyroos would provide her team an advantage in the pool matches, and it has. Australia holds top position in Pool B with two wins and an impressive overall goal tally of nine.

But it was the work ethic of the Hockeyroos that impressed all those at the Oi Hockey Stadium. The hockey world is abuzz with excitement at the possibility that three-time Olympian Powell could help the national side return to the glory era of 1988-2000. 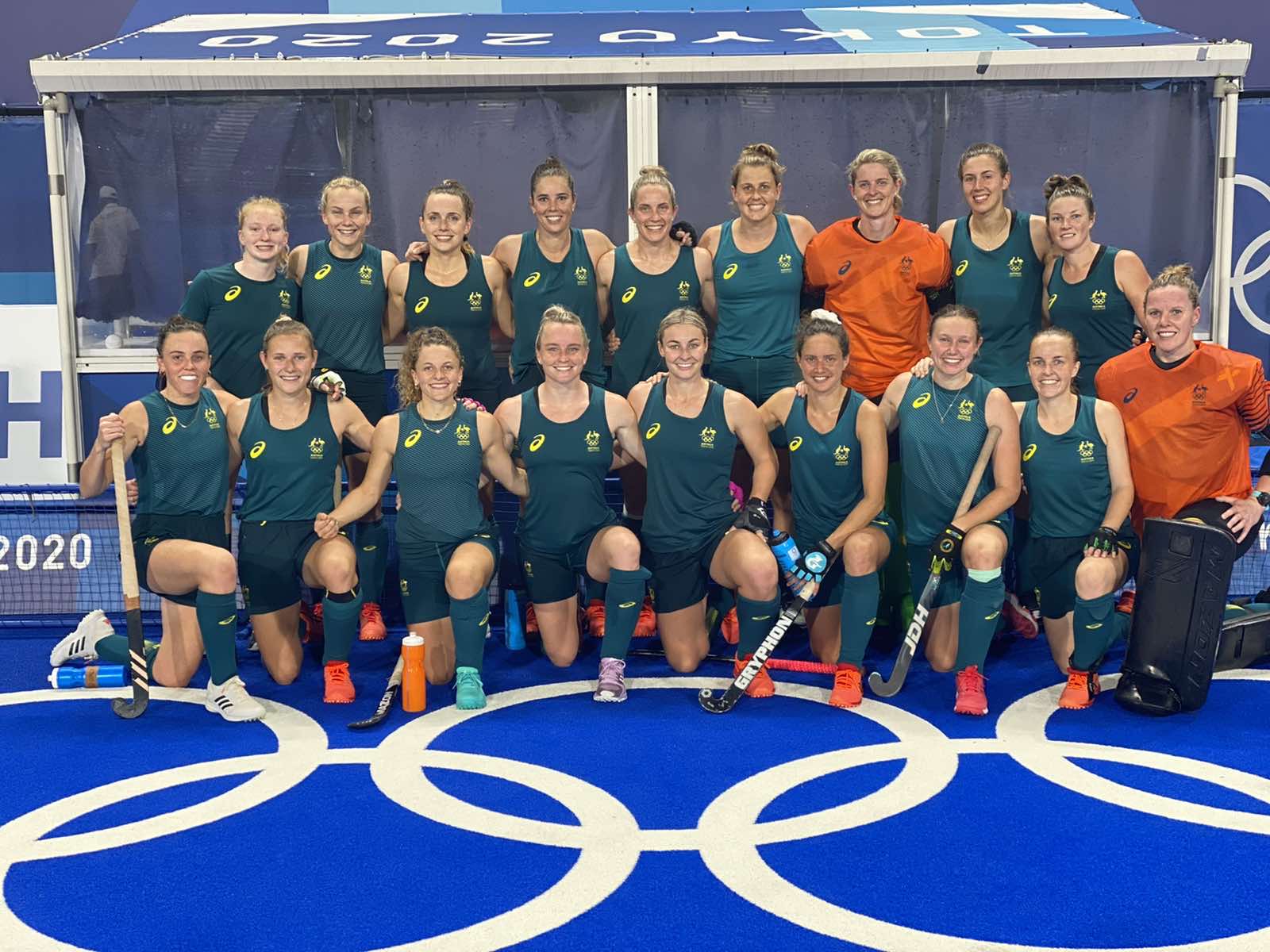 Today's win equalled Australia's biggest win in Olympic history from the successful 1996 Atlanta Games where they beat Argentina 7-1. Powell and her sister Lisa both scored goals in that match.

"I didn't see that (result) coming. I asked them to build on yesterday's performance (against Spain) which they probably eclipsed," Powell said.

"I was really pleased, not just with how we went about it and the way we moved the ball, but also the work we had done with our fitness, we were able to overrun them.

"It got to the point where it looked a bit easy because we overran them, but it never starts that way. It might end that way, which it did. This a good result for our goal difference." 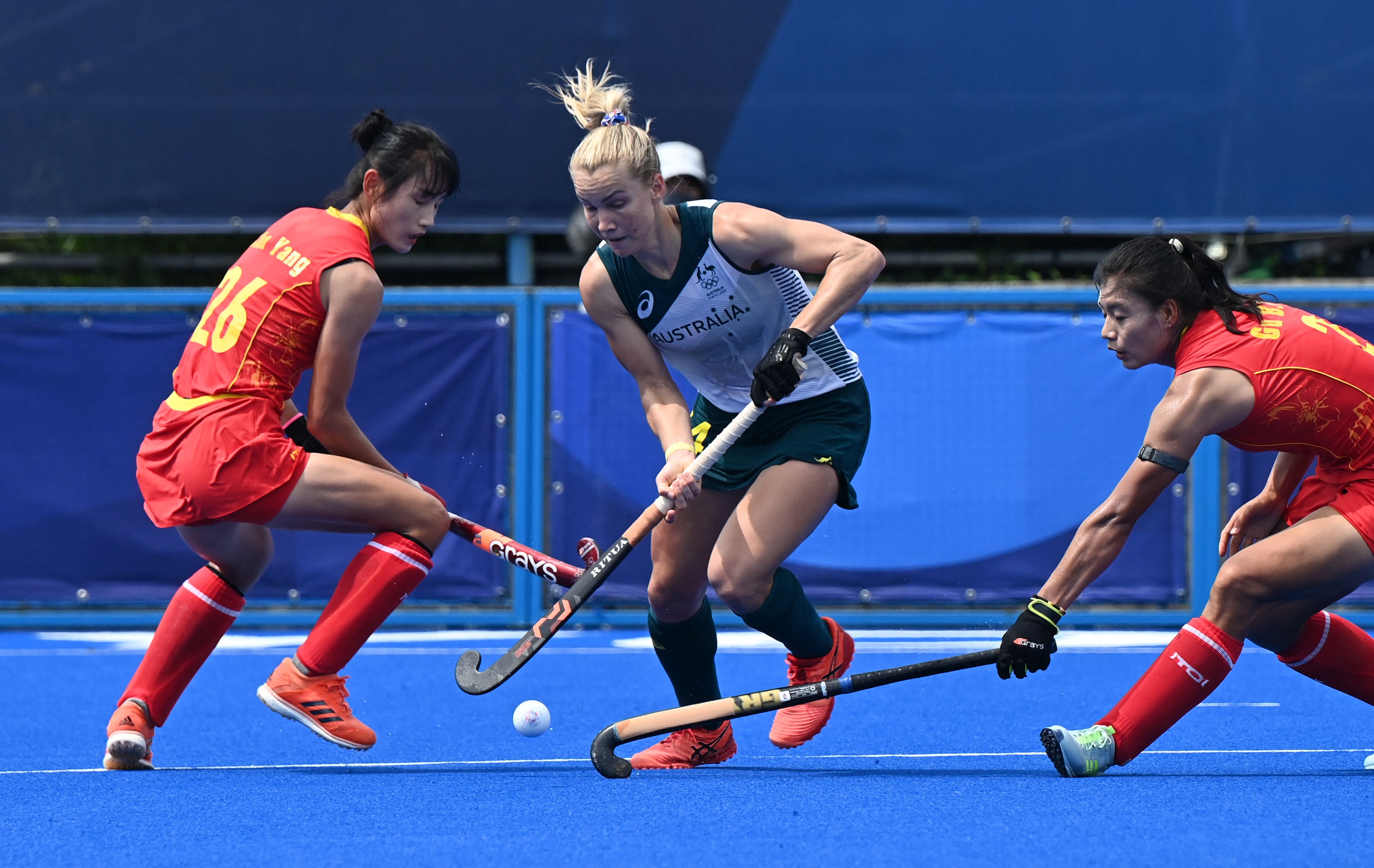 Not one to get ahead of herself, Powell, who has held the head coaching role for just over 100 days, is realistic about the road ahead including Wednesday's match against Japan and the potential of meeting European powerhouses the Netherlands and Germany in the playoffs.

One area of concern will be attacking penalty corners after the Hockeyroos failed to convert any of their five opportunities in the match.

"The Olympics is always a big ask, it's a big task, a big stage. You meet tough conditions with everything that is going on, not just the actual environment," she said.

"The athletes are very resilient; they are ready to take on any challenge that gets thrown at them. They impressed me today."

Played in the midday heat, the Hockeyroos failed to convert two penalty corners in the opening three minutes of the match with a relentless and physical Chinese side challenging every ball in a scoreless opening quarter.

An explosive breakaway by Grace Stewart from the Hockeyroos' own defensive penalty corner saw Emily Chalker notch the first goal of the match, tipping in a cross by Mariah Williams to take a 1-0 lead just one minute after the quarter time break.

Chalker backed up just six minutes later, capitalising on a backhander across the goal face from Rosie Malone to add to the Hockeyroos' tally and claim her third goal of the tournament.

Brooke Paris left no question over her team's intentions scoring just 30 seconds into the second half as pace and precision passing helped the Australians dominate the attacking circle.

Blood flowed for the Chinese with Bingfeng Gu clashing heads with Chalker mid-way through the third quarter; the incident indicative of her team's relentless defence despite the onslaught of the Hockeyroos.

The impact of the Tokyo heat was evident in the final quarter, with both sides showing signs of fatigue, but it was the young legs of 19-year-old Amy Lawton in her first Olympics who set up Malone for Australia's fourth goal.

Steph Kershaw skilfully converted her own rebound off goalkeeper Dongxiao Li's pads in the 56th minute, only to be followed by Stewart just moments later bringing the final score to 6-0.

The Hockeyroos take on host nation Japan at 6.30pm local time on Wednesday.