Matildas go down to Sweden, setting up bronze medal match

The Matildas were defeated 1-0 by Sweden in a tight Tokyo 2020 Olympics semi-final at Nissan Stadium, Yokohama.

An early goal in the second half from Fridolina Rolfö was enough for the Swedes to win through to their second straight Olympics gold medal match.

Australia made one change to the starting line-up that took on Great Britain in the quarter final with midfielder Chloe Logarzo coming in for defender Aivi Luik.

It was a closely fought opening 20 minutes from two sides who had seen a lot of each other in the lead up to the semi-final encounter.

The first real sniff at goal from either side came from Fridolina Rolfö who came close to emulating her group stage rocket but this time the crossbar saved the Matildas.

Australia created a couple of opportunities late in the half thanks to some strong work on the right wing from Hayley Raso. A big opening came in the 36th minute when Hedvig Lindahl misjudged a deep ball with Sam Kerr bearing down but the Aussie captain couldn't get the shot away. 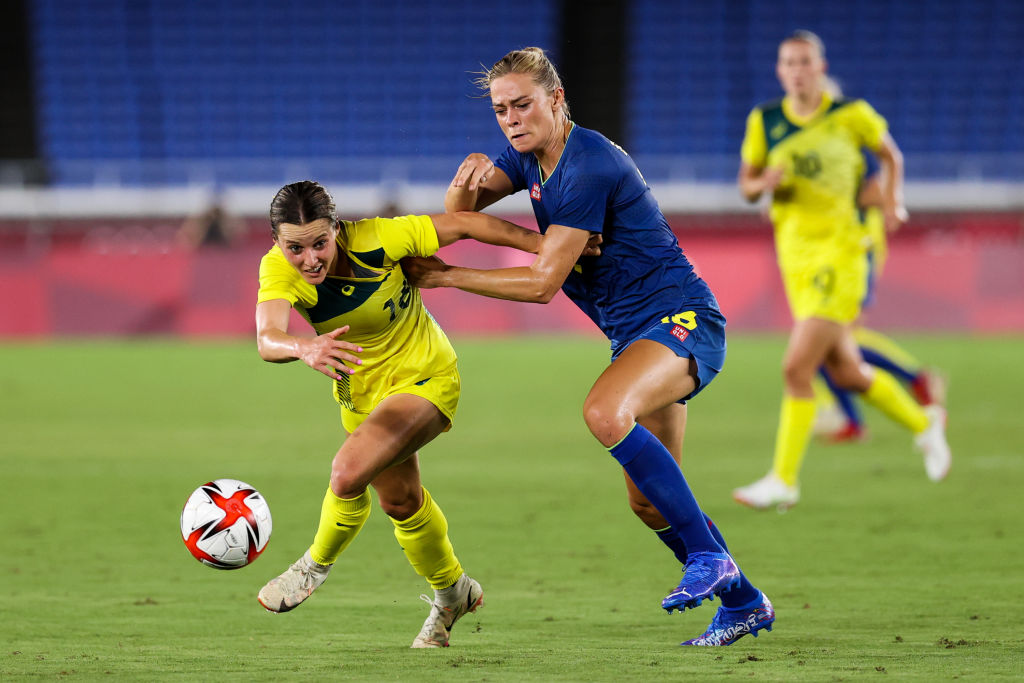 The Matildas inched closer again in the 40th minute when Kyah Simon earned a free kick on the edge of the penalty area. Alanna Kennedy stepped up with a superb free kick forcing Lindahl to palm it over for a corner.

In a strong period of control for Australia, they looked to have gone in front in the 43rd minute through Kerr only for the goal to be pulled back for a foul in the lead up.

Tameka Yallop was the next to go close for Australia as the ball fell to the midfielder following a corner, but it sailed over the bar.

After a slow start, the Aussies found their feet and went into the break 0–0 with Sweden.

Just seconds after the re-start, a fired-up Sweden had the lead. This time Rolfo would not be denied when she fired home a deflected ball in the 46th minute.

Australia went right back at Sweden with a couple of good looks.

The 55th minute saw Raso find Carpenter with the full back's cross headed goalward by Kerr only to be denied by Lindahl.

With 20 minutes to go, Tony Gustavsson rung the changes with teenagers Mary Fowler and Kyra Cooney-Cross entering the fray alongside veteran Clare Polkinghorne.

An unlikely source for an equaliser but Steph Catley forced a save from Lindahl in the 75th minute after she found herself in on goal at the back post.

Urged on by a small band of supporters, the Matildas kept pushing with waves of attack and half chances. 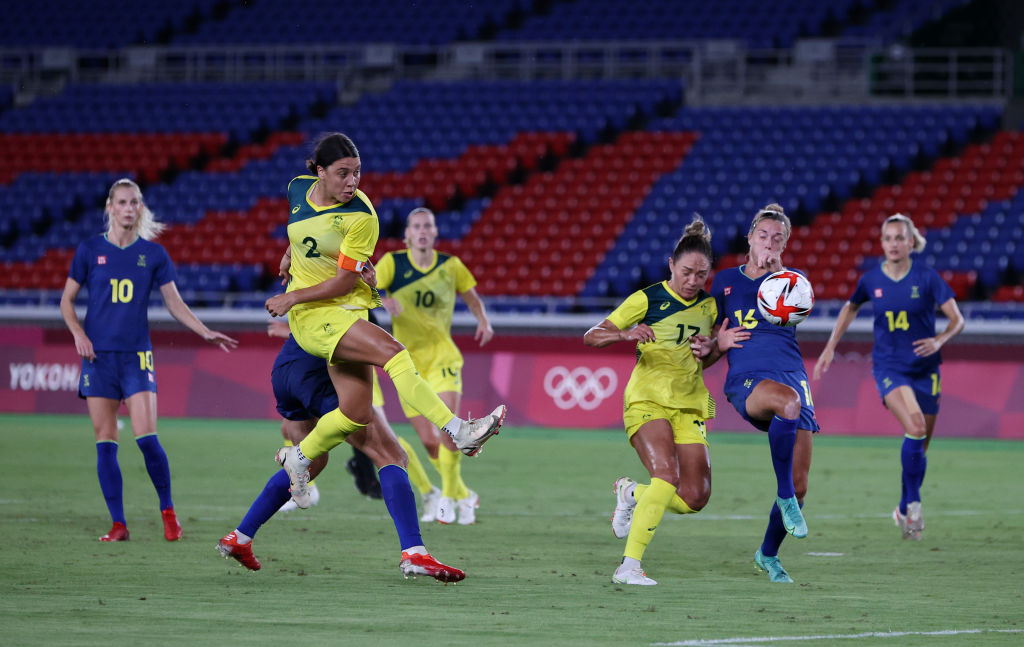 A deep cross from Cooney-Cross was almost headed towards Lindahl who uncharacteristically fumbled only to regain the ball.

In looking to push late, space opened up for the Swedes and Carpenter tried to foil a late attack and in bringing down Lina Hurtig, was shown a red card.

Australia will now play the United States on Thursday, 5 August for bronze at Tokyo 2020.